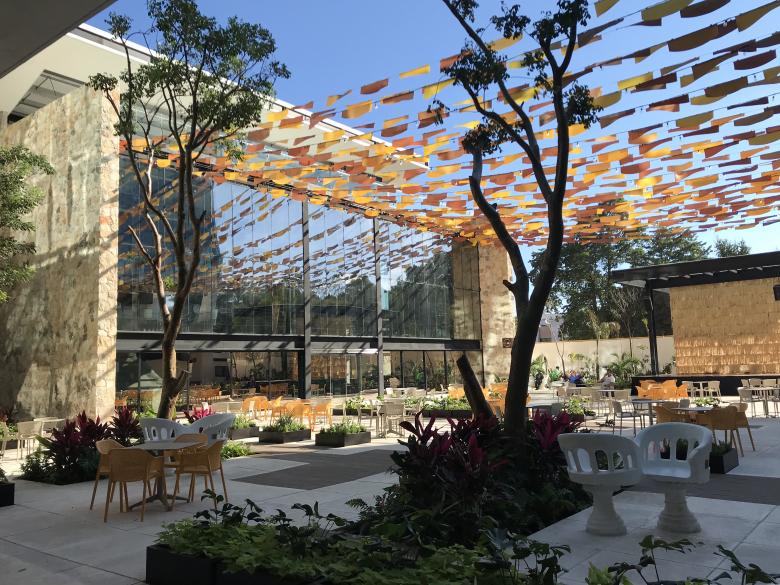 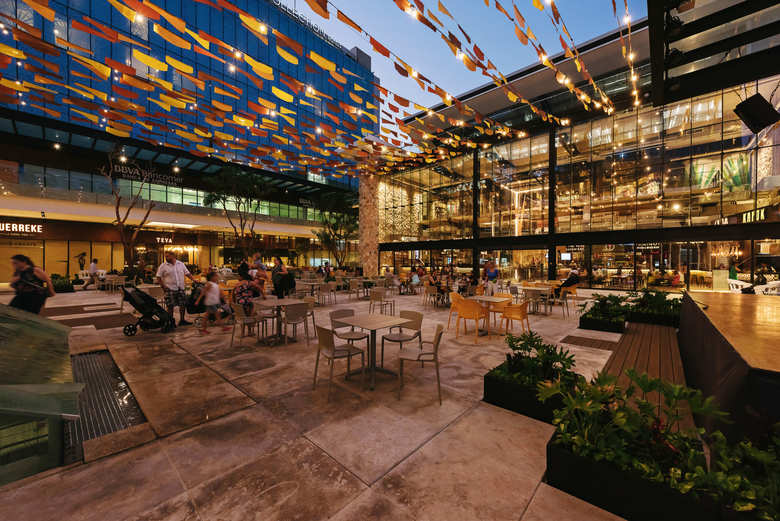 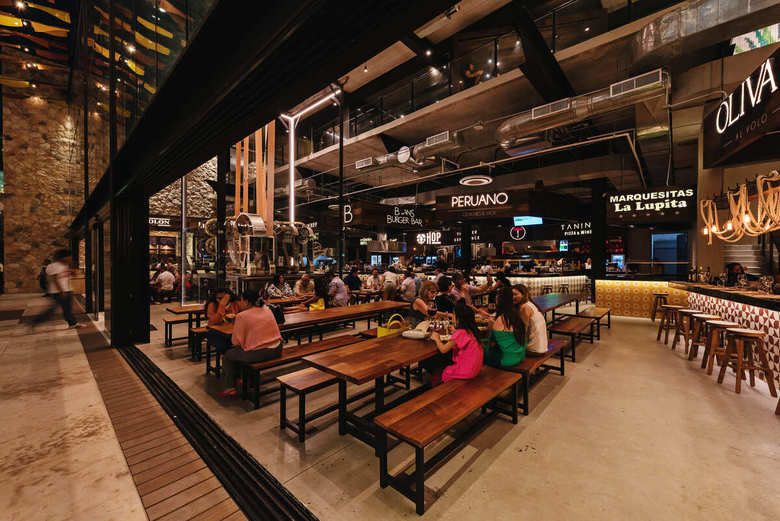 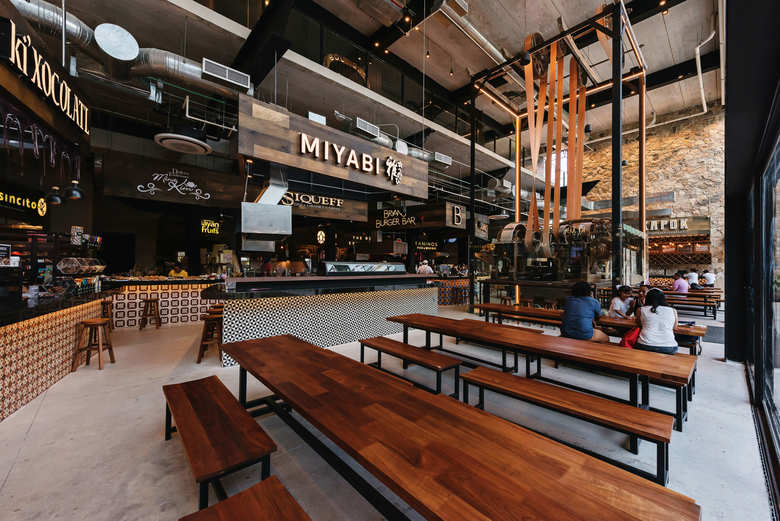 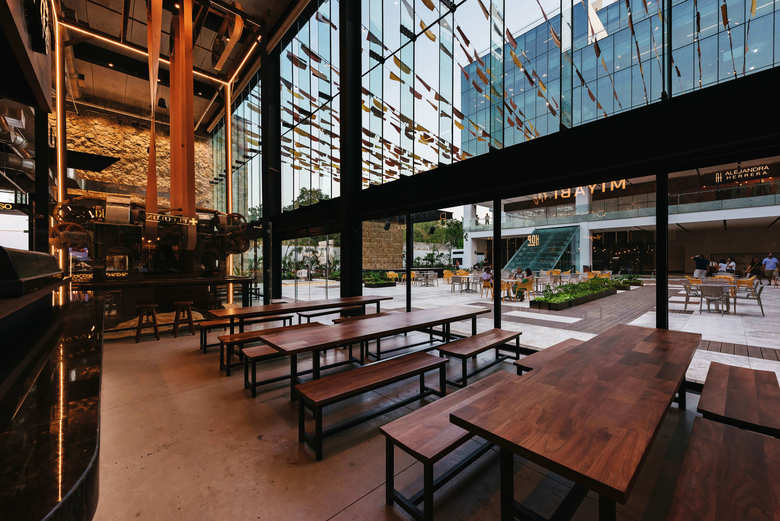 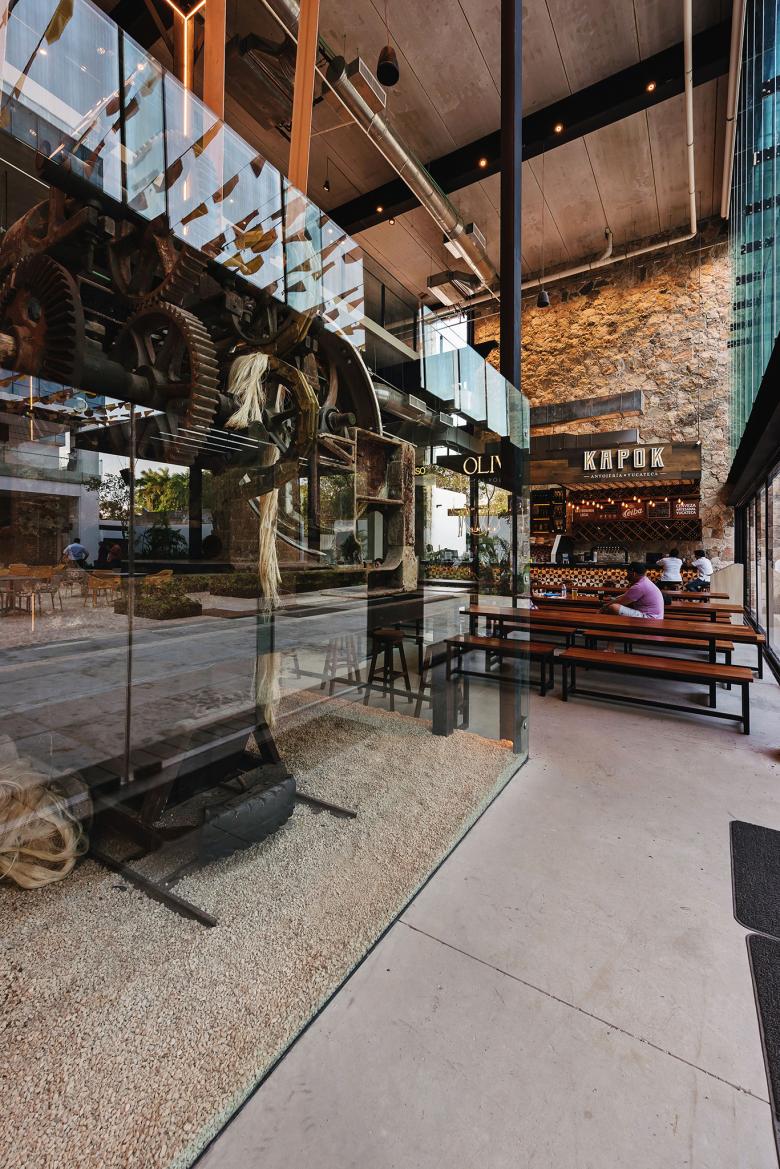 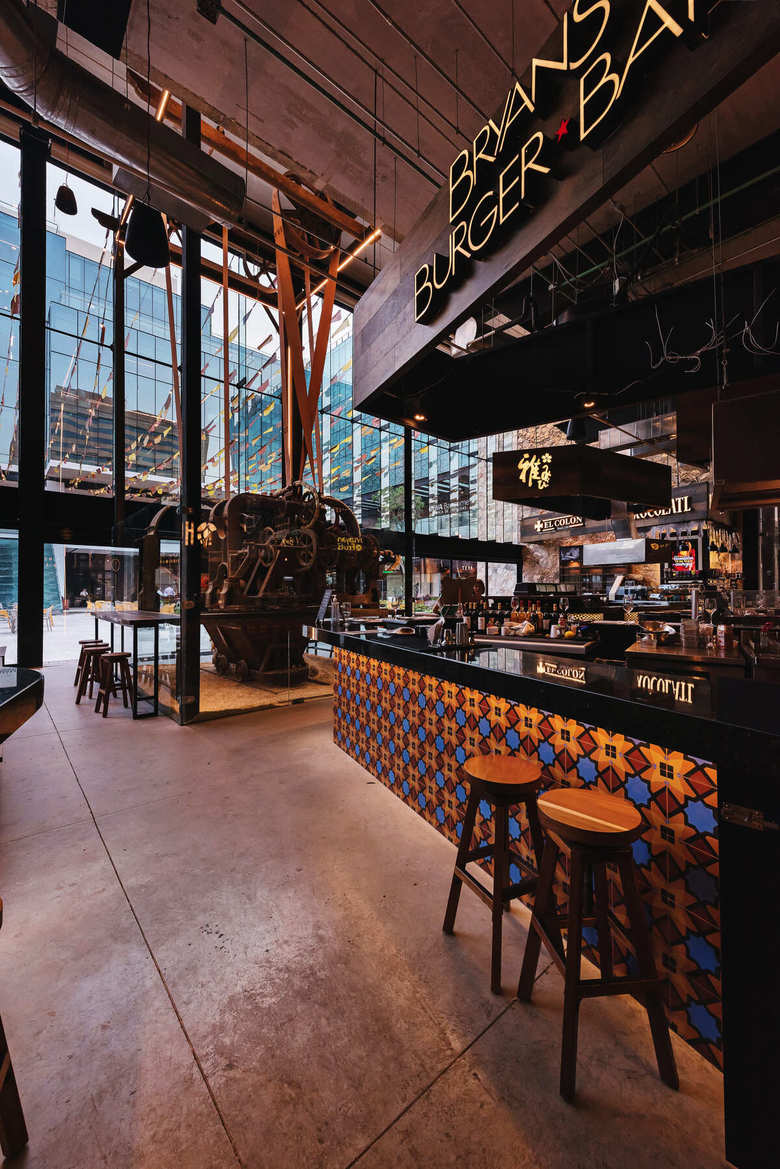 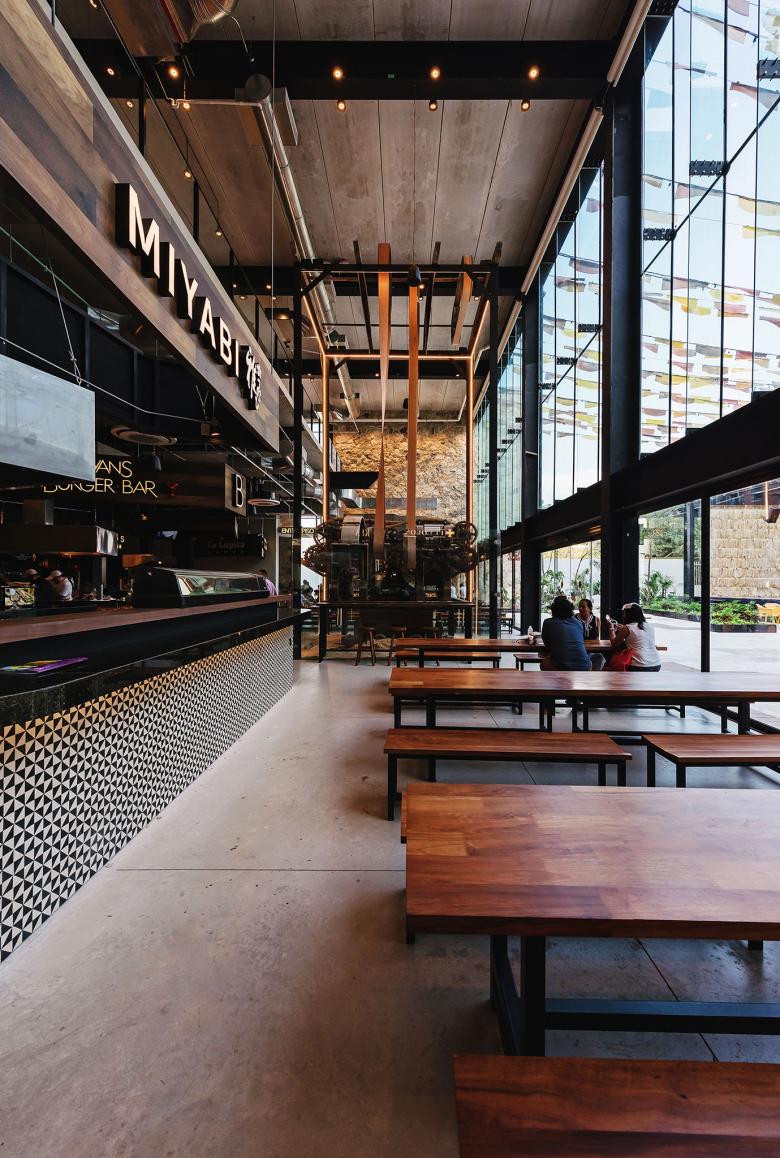 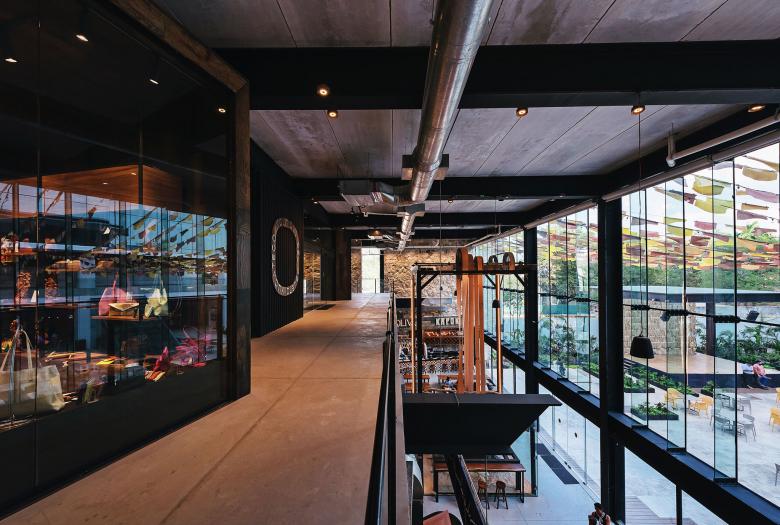 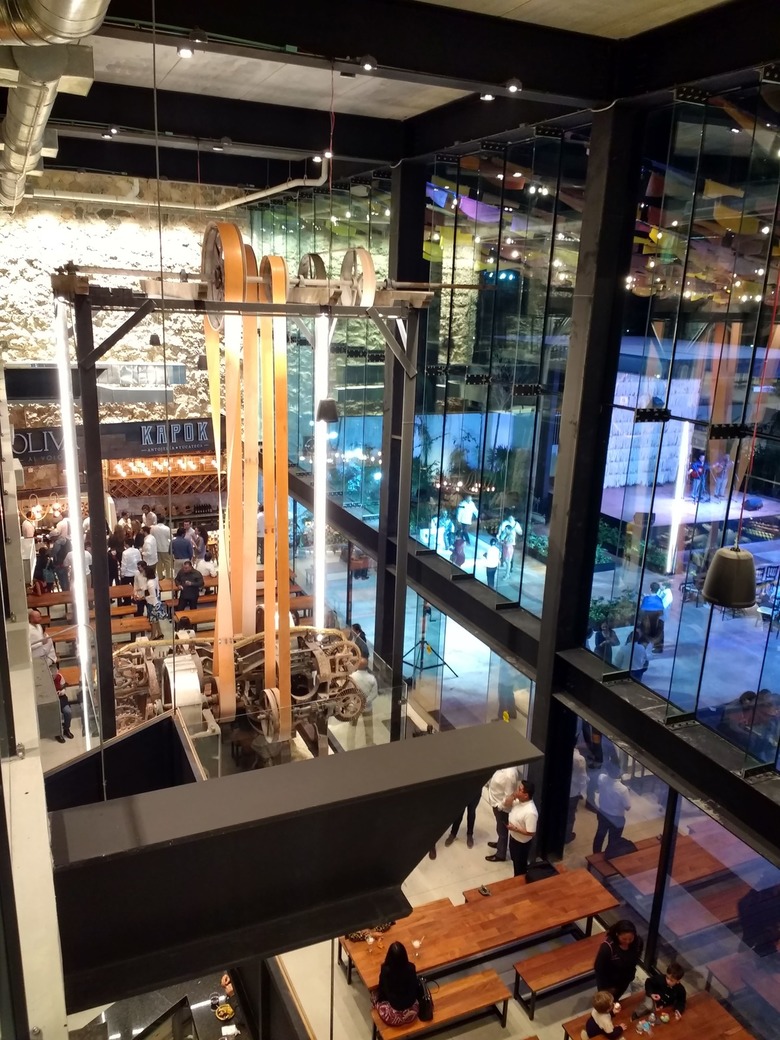 In a polygon of land within the "Paseo 60" Usen Mix Complex, with a surface area of ​​about 600 m2, above two levels of underground parking, the “Casa de Maquinas" Gourmet Market is developed, inside a volume made up of a ground floor, a mezzanine and a terrace with a light cover.

Consistent with the idea of ​​a square and a patio that articulate the programmatic spaces, which had a marked belonging to the site and the region, the volume that contains the market evokes a powerhouse of the old henequen haciendas, since the wealth that they generated had among other results the creation of the Paseo de Montejo. The powerhouses of that time had as their only industrial object a press with tips and iron pulleys moved by leather bands, whose joint action converted the agave leaves into threads that, once dried in the sun, were ready to be converted into various products. from that then invaluable plant, which was therefore called "green gold".

The design of the market, on an area of ​​almost 20 x 30 meters, resolves the arrangement of a series of islands around an old henequen shredding machine, acquired from a farm not far from Mérida. This piece was completely rehabilitated to make it work again and in addition to constituting a mobile sculpture of historical value, it has a card with a QR code where more information can be obtained.