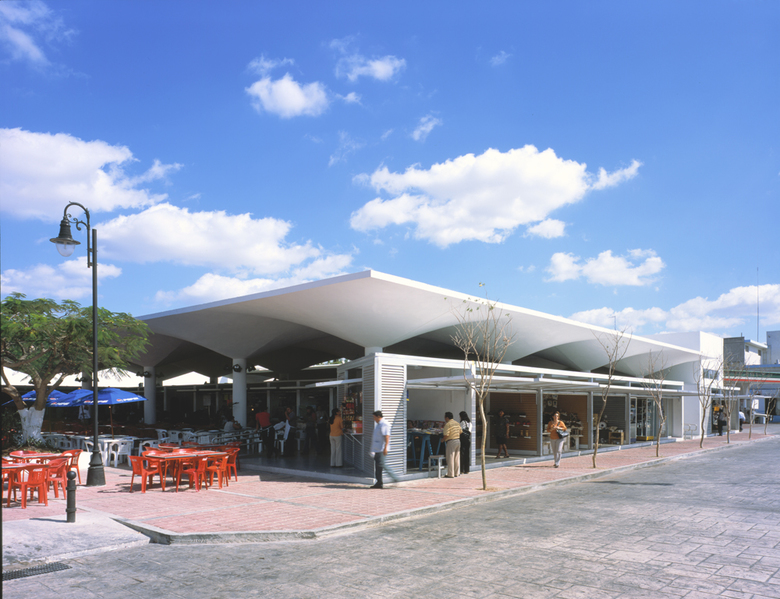 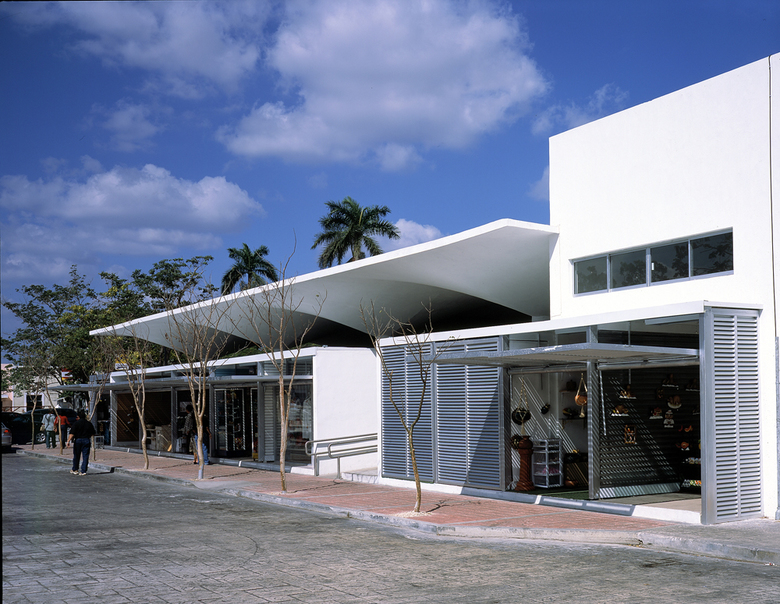 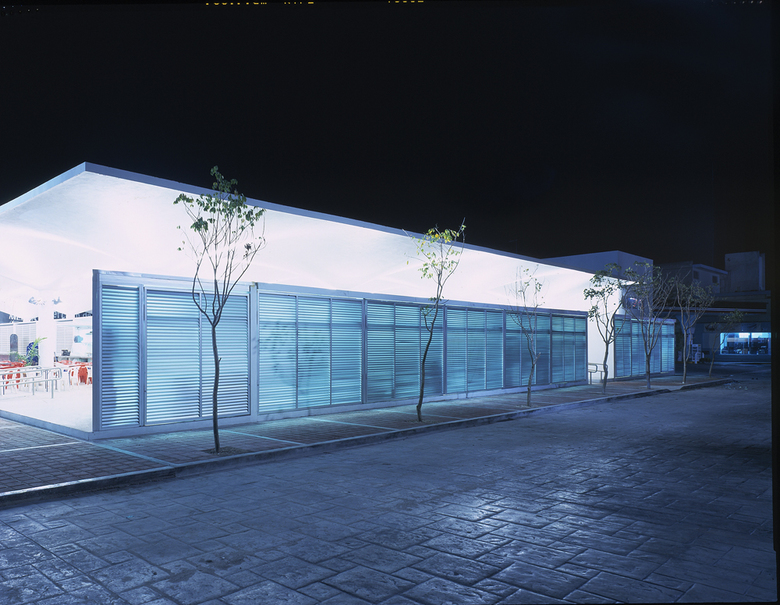 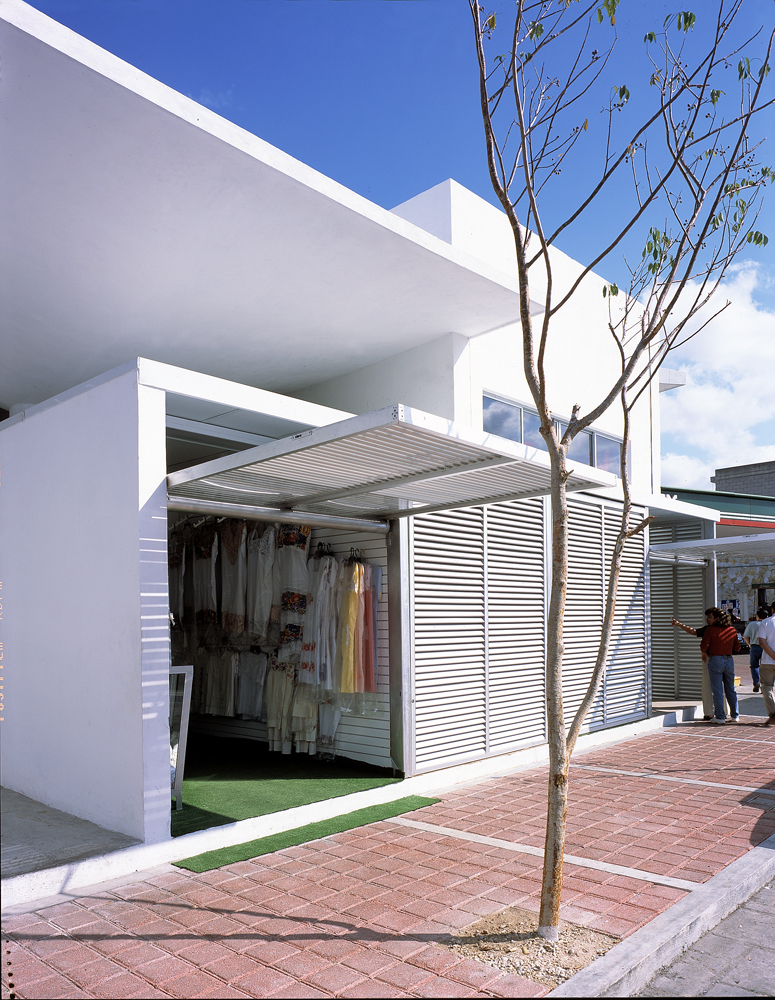 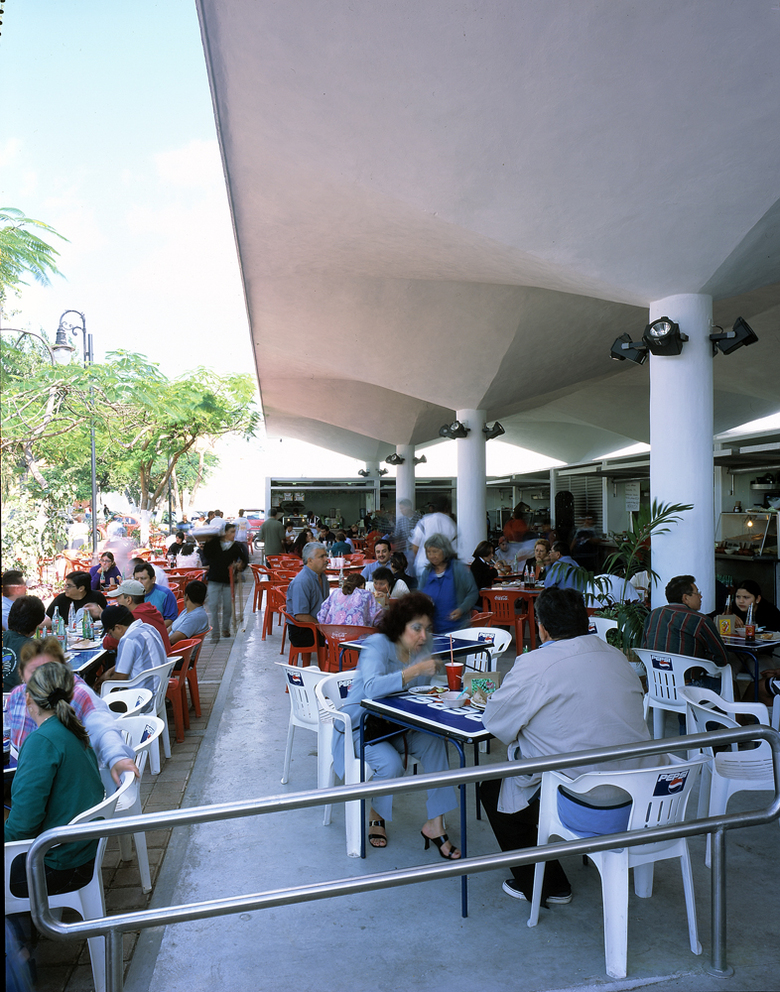 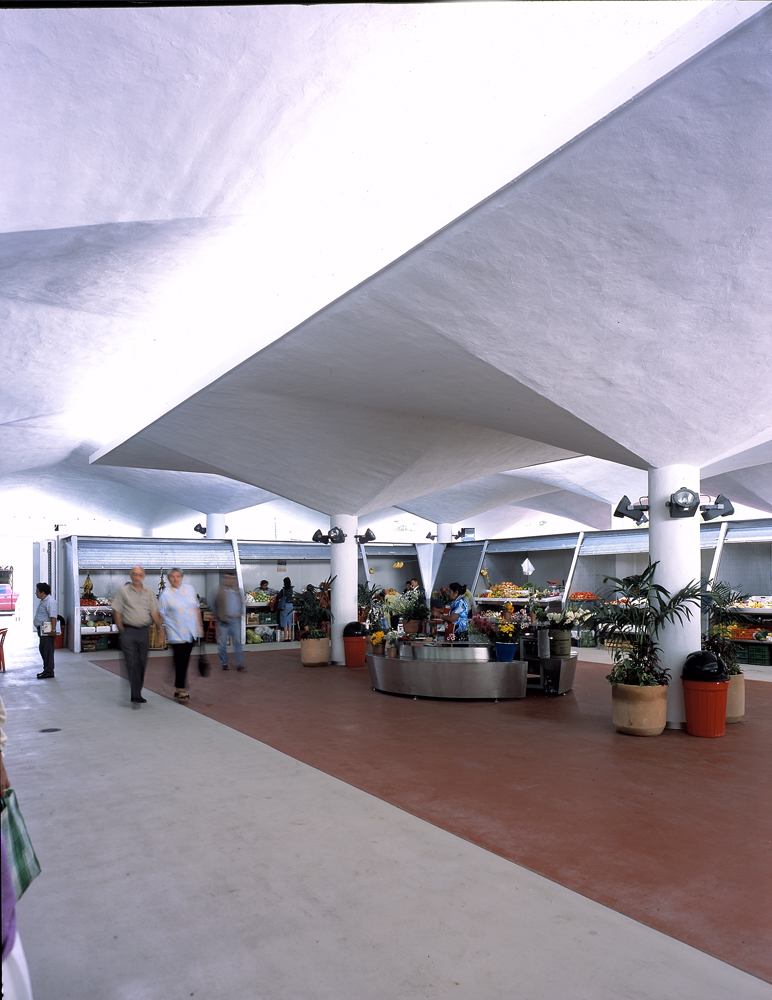 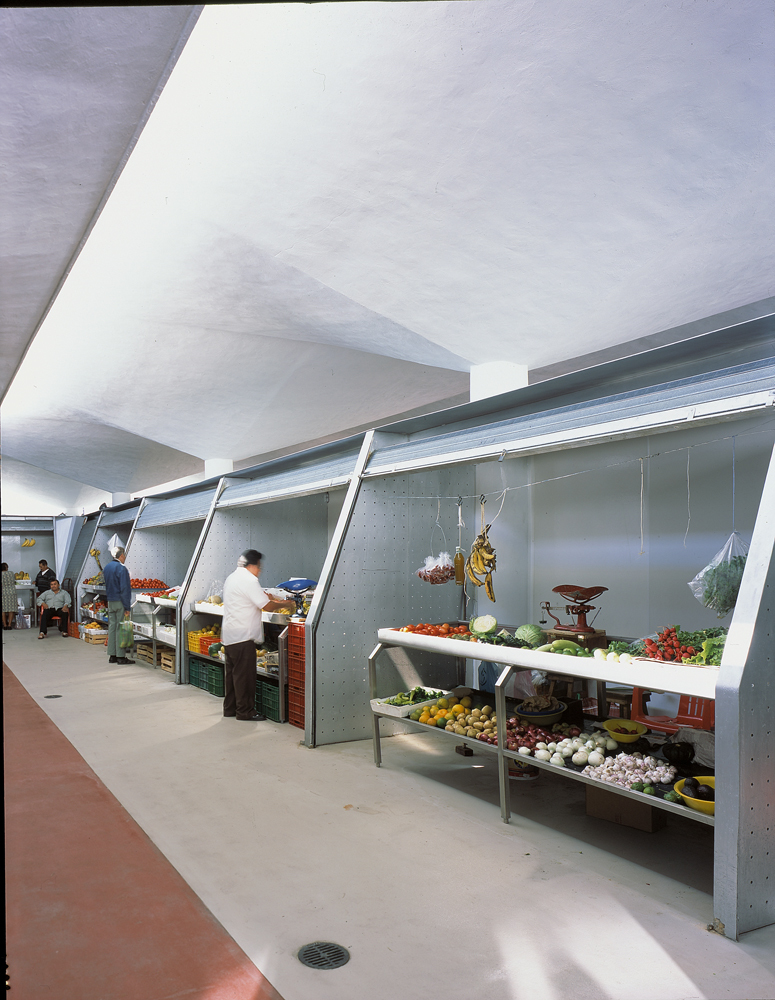 In order to upgrade the old Santa Ana farmers market, the Merida city council launched a design competition. The existing building has a hyperbolic paraboloid roof structure constructed in 1959. The concept was to free the roof structure from its walls creating an open floor with covered interior and exterior courtyards and a great view to the Santa Ana square. Louvered screens were used as walls and canopies to play with shadows during the day and light during the night. As an urban space it connects the Paseo de Montejo avenue whit the hearth of the city, its location near Santa Ana parish church and Santa Ana square allow multiple activities and is used by the community as a place of gathering where today’s architecture meets our traditions.