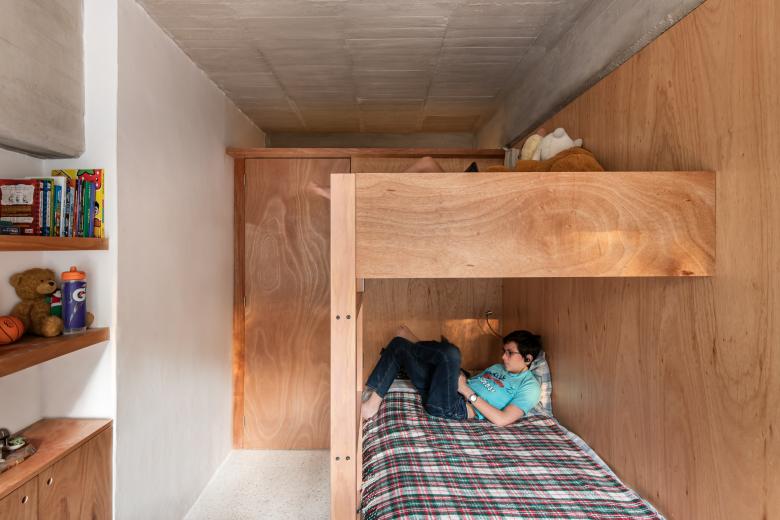 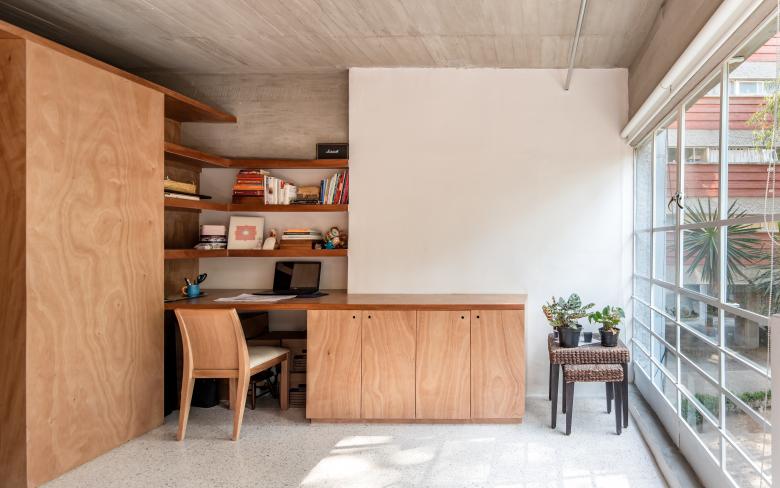 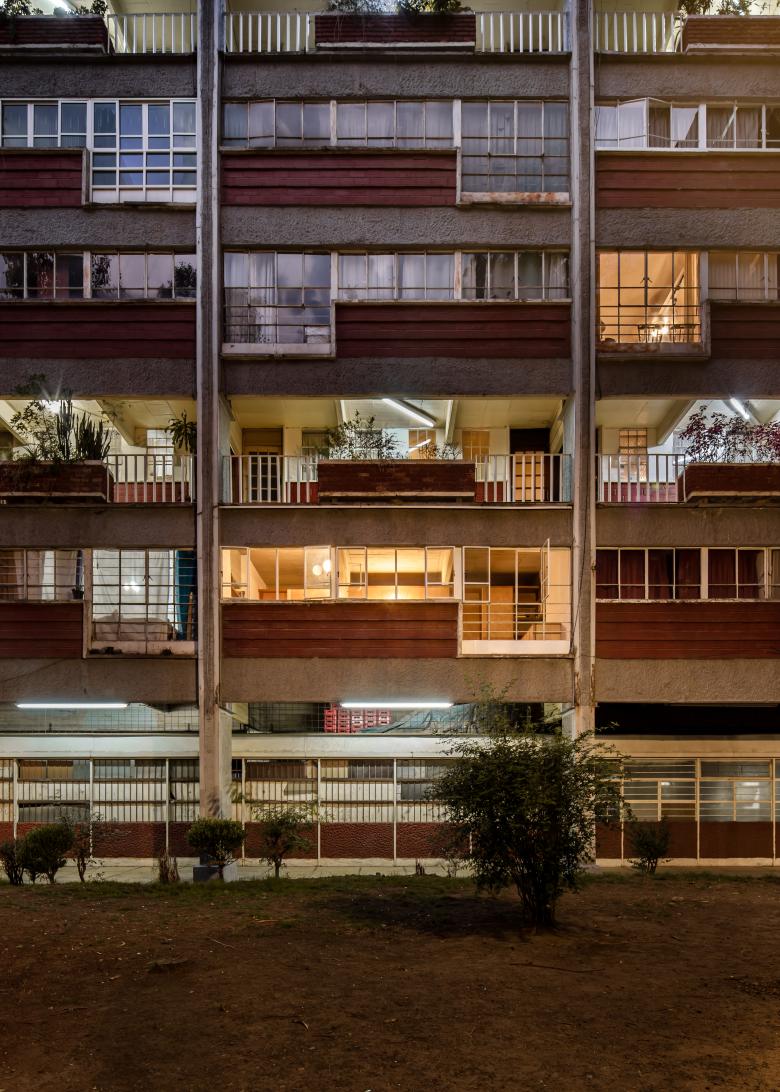 Cupa (Centro Urbano Presidente Aleman) was the first modernist residential complex in Mexico and one of the first social housing experiments in the world. The project was commissioned by the state to the Architect Mario Pani in 1947, who based his design on the urban and architectonic principles of Le Corbusier`s Radiant City as a new way to face the growing demand of housing in Mexico City. The project construction took only 2 years and set a new record for high rise constructions in Mexico.

The complex contains 1,080 apartments distributed in 6 high rise building and 6 smaller buildings within a super block whose built footprint occupies roughly the 30% of the block’s area. On the ground floor the buildings are equipped with urban infrastructure such as commerce spaces, sport facilities, schools and green areas for its inhabitants. The buildings have a robust and modular structural system of concrete beams and columns that avoid structural walls and allow flexibility to reconfigure the interior of the apartments. There are 5 typologies of apartments that range from 48 to 76 square meters.

Our clients, a couple with two sons, moved to the CUPA 15 years ago. Their apartment has 55 m² in two levels. In the access level (12m²) the kitchen and dining room and in the lower level (43m²) a space without partition walls for the three beds, the tv, a sofa, an enclosed bathroom/laundry room, their bikes and lots of boxes where they store their clothes and other belongings. After analyzing the current state of the apartment, the main issues that we identified were the lack of privacy, lack of storage space and the deterioration of floors, stuccos, doors and windows.
Our proposal intervenes the original wooden staircase by making it steeper and shorter to gain area in the access level and gain height in the dead space below the staircase. By increasing the floor area on the access level we were able to grow and build a new dining room, relocate the new kitchen and generate laundry room and bike storage behind the new kitchen. On the lower level, the dead space under the staircase where the bikes were stored was transformed into a TV room. To solve the problem of privacy between the bedrooms and the lack of storage, we proposed the reconfiguration of the spatial arrangement through a large piece of carpentry with storage cabinets that function as a dividing element between the bedroom spaces, tv room and dressing room. This carpentry element respects the different heights of the concrete beams, allowing the beams to pass freely over the top in order to have more light in the TV room and embrace the structural continuity of the concrete beams. This same element also configures the desks for each bedroom and the new bunk bed in the children bedroom. In the niches of the adjoining walls we proposed to have built-in storage furniture as originally proposed by Clara Porsett in her furnishing proposal of 1947. To increase the amount of light inside the house, some partition walls were replaced by vitroblock walls towards the ventilation cube that is at the back of the apartment. The pre-existing dark linoleum floors were also replaced with a white terrazzo. Plaster was removed from the beams and ceiling to reveal the texture and beauty of the concrete formwork. The bathroom was reconfigured and fitted with new bathroom cabinets and new tile. The reform also included a new lighting proposal, the restoration of the original gates, windows and a new galvanized steel ceiling underneath the neighbor's staircase that protects the apartment from recurring water leaks.