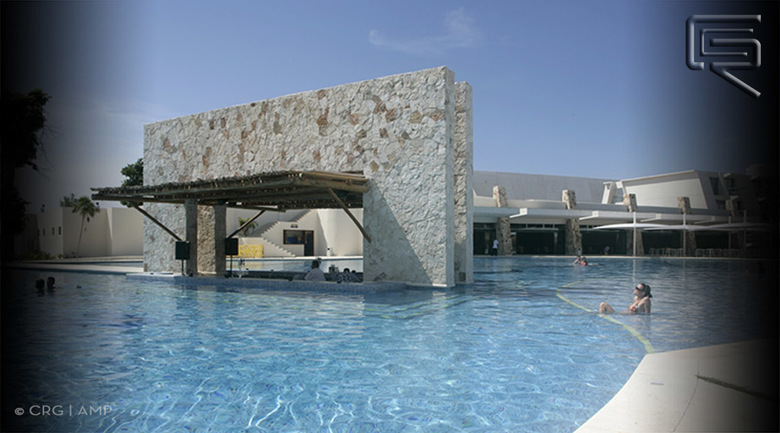 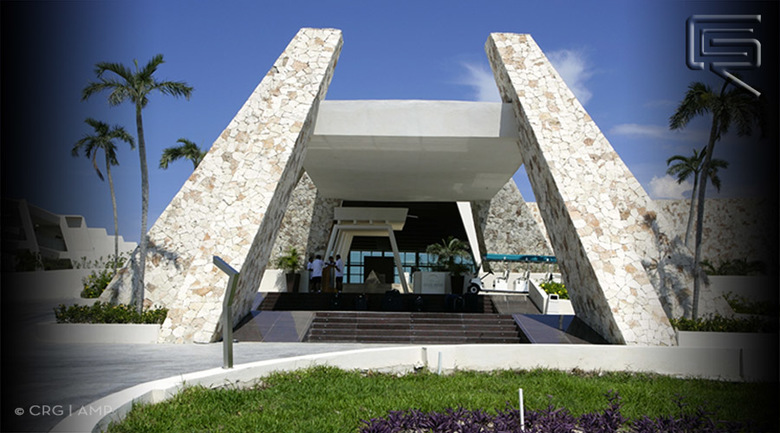 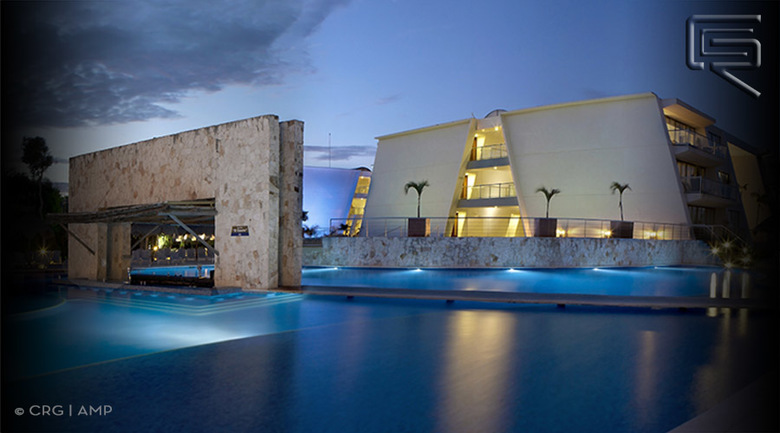 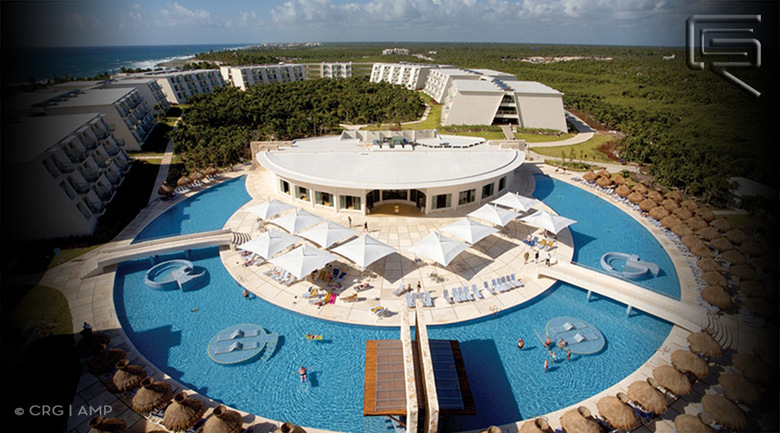 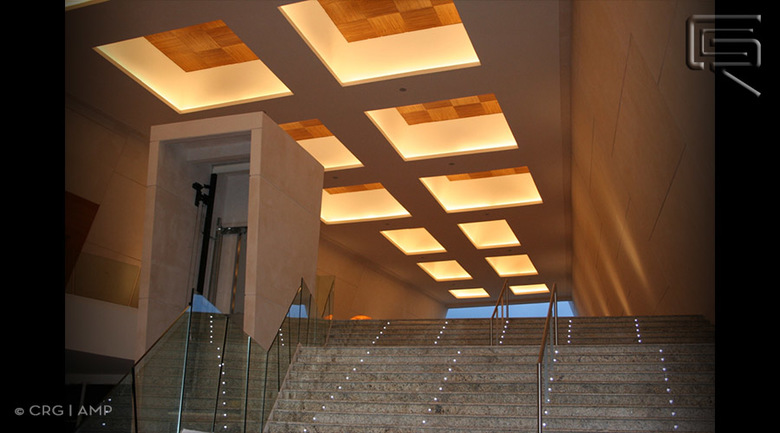 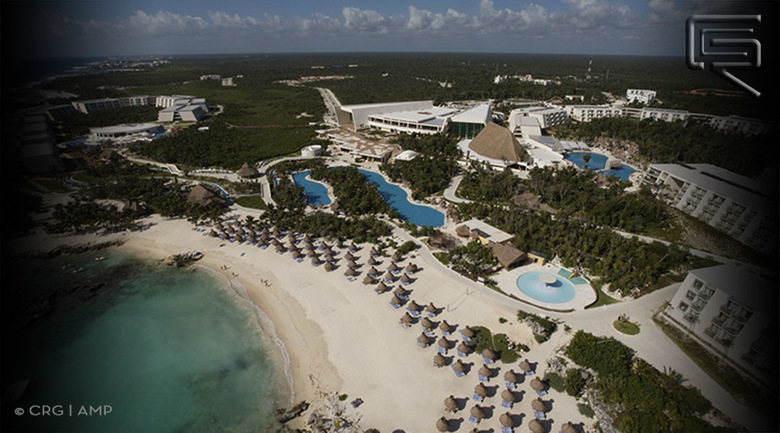 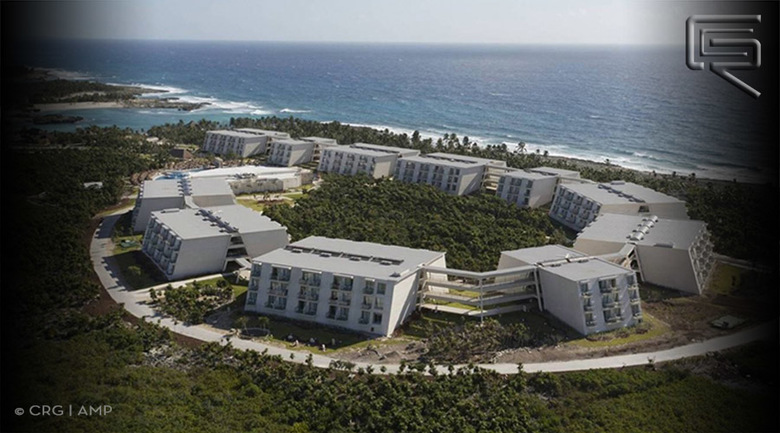 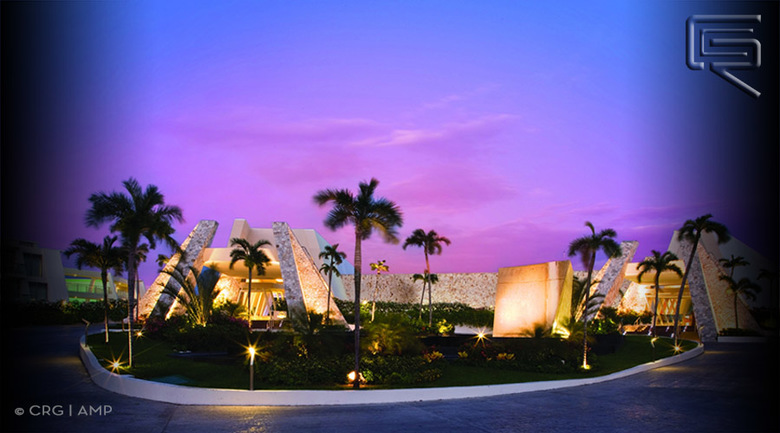 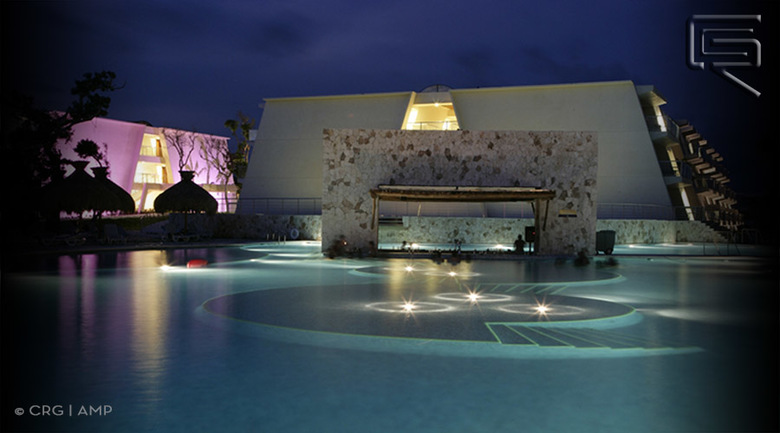 "THAT MAKES THE ONLY MEASURE" – What we now call 7 days a week, they expressed geometrically as seven cosmic computers. Every computer numerical-geometric produces scores, which applied to its various buildings, ensuring aesthetic and beauty granted by the golden ratio - 1,618. To Sirenis an analysis of the topography and landform which consists of coves and crannies, which in Mayan concepts turned out to be a female terrain, akin to Venus was drawn. Applying the principles of the balance of forces, emanating geometric computer numerical scores Mars, which coincidentally was at the closest point to earth at the time of preparation of the project were chosen. Martial quintessential geometric figure is the pentagram, whose downward slope is 72 °, becoming the rector of the whole project Angle. Sustainable traditional architecture of the current Mayan people, and their pre-Hispanic monumental architecture basic principles, has been reinterpreted with contemporary materials and designs in the Hotel Grand Sirenis Located in an extraordinary mangrove of the Riviera Maya. In adapting the ancestral knowledge of respect for the environment and natural resources to a current project. The designers have created a complex resort high density, but with minimal impact on the natural center and its resources. "This project incorporates important principles of current bioclimatic design, while making references to pre-Hispanic Mayan architecture, whether as architectural solutions and materials of the region, in order to minimize the use of energy resources. The project was deemed the winner, not only by the reduced use of energy resources and the other showing to the ecological systems around you, but also as a project due to its high exposure to the public, provides learning about ways that sustainability can be achieved without sacrificing the comfort of a playground. The work incorporates a set of principles derived bioclimatic design, both a study of the traditional forms of the region, such as technical studies on sunlight, humidity, and ventilation. The main buildings of the complex, those for hotel rooms, are organized around a central corridor that has a translucent cover for natural lighting inside. Taking advantage of prefabricated systems, the bottom surface of the buildings is separated from the ground, supporting the slabs on how to stilt columns. This separation of the first floor to the ground allows air to circulate under the building, contributing to its thermal equilibrium and avoiding direct contact with the soil moisture own slab with floodwater or storm or hurricane. The inclination of 72 degrees from the walls of the facade, inspired by the slopes and Maya vaults, is used to facilitate more natural light into the rooms, while flown, by way of scales on the balconies, protect the direct radiation from the sun and rain. Finally, the rudeness of all buildings on the ground respects the densest areas of vegetation, creating environments in which the architectural intervention and nature protect each other.