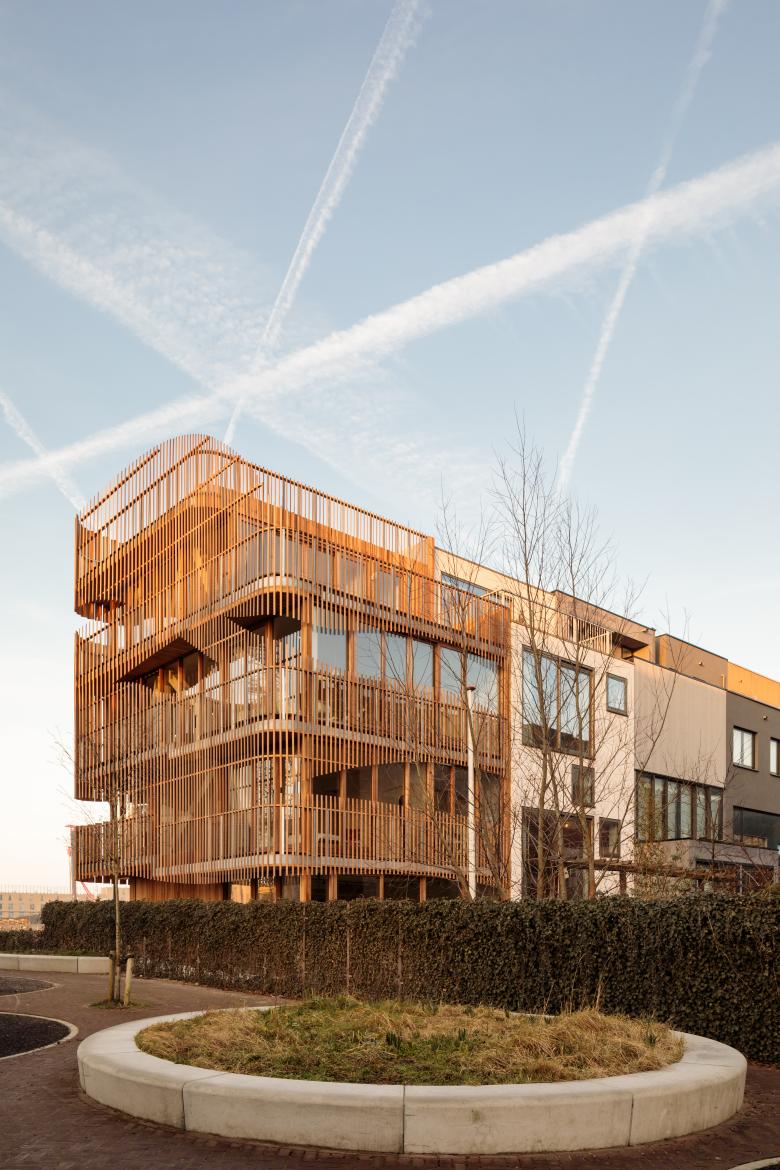 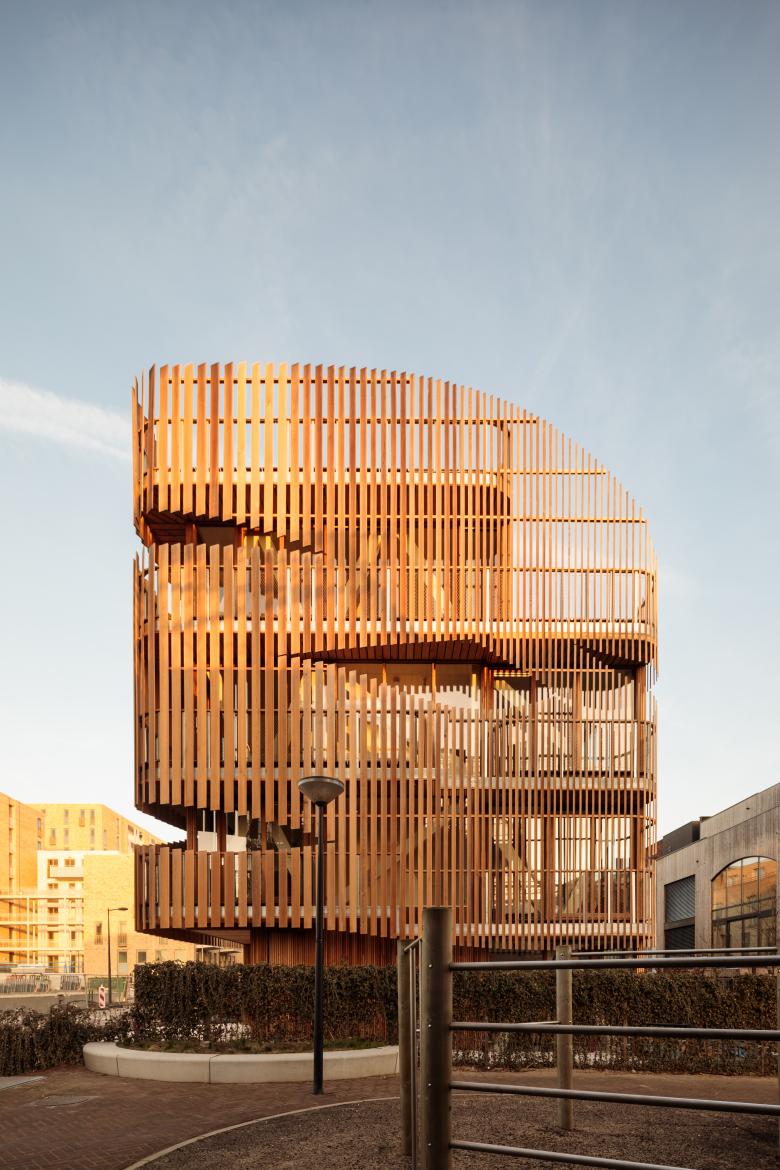 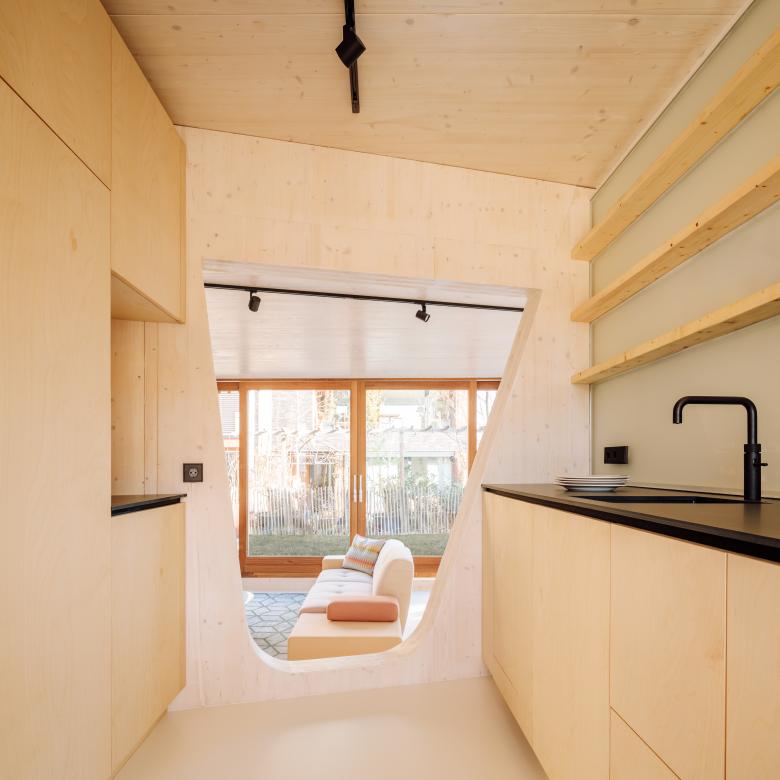 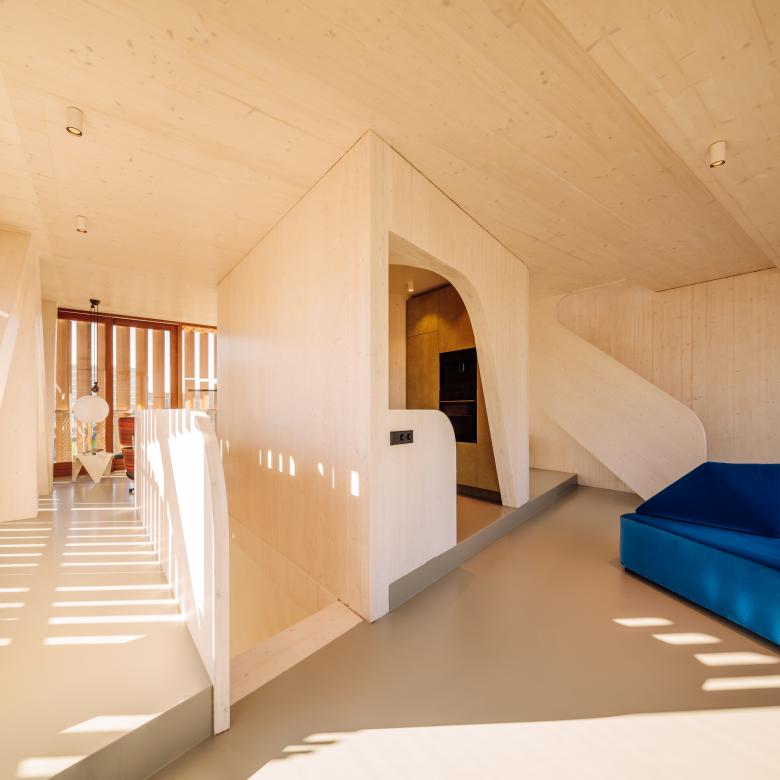 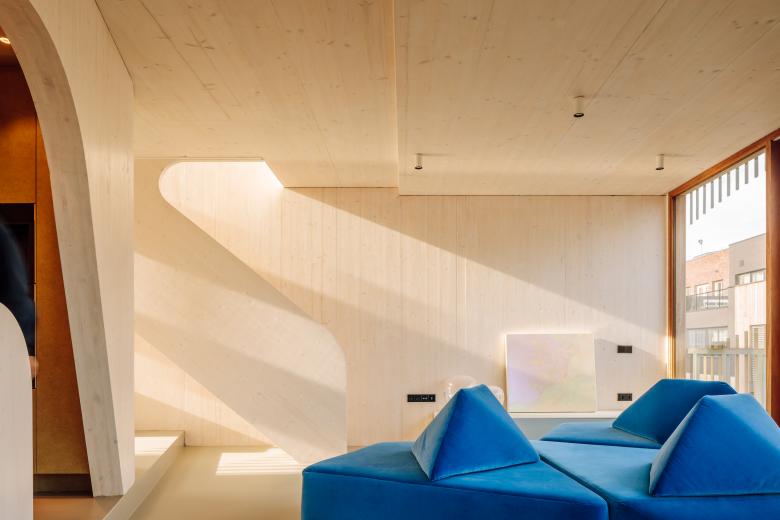 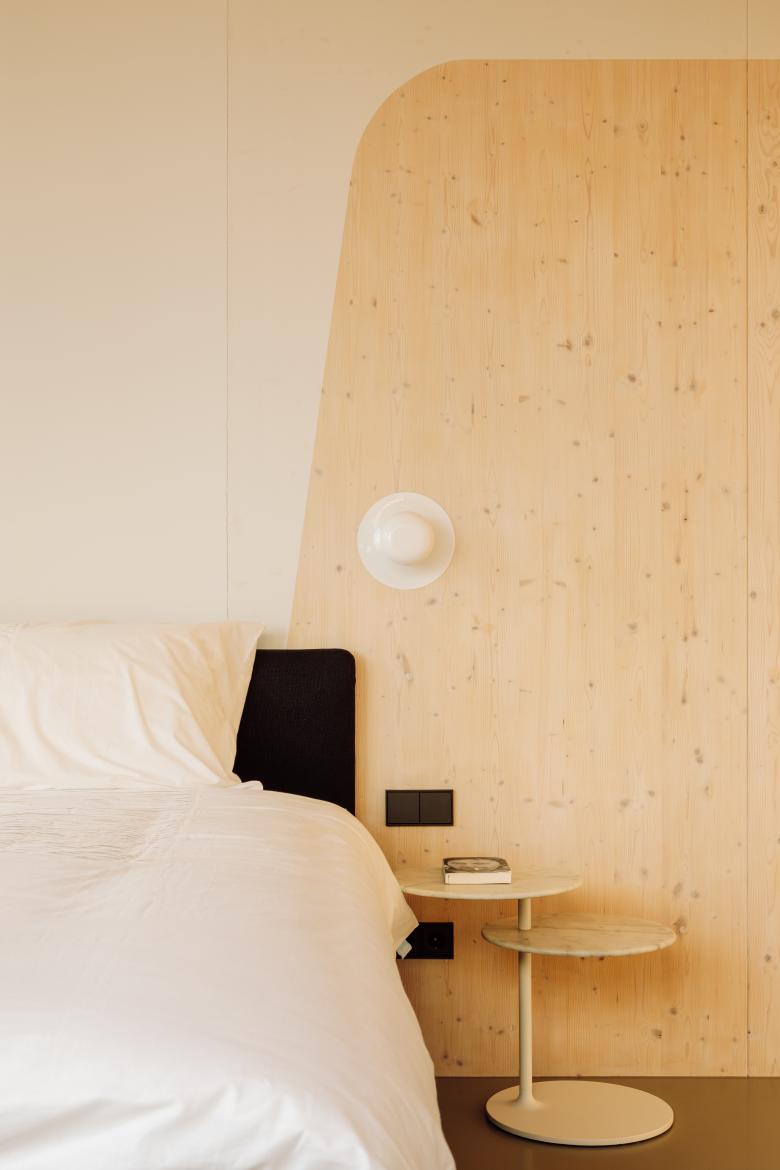 Apartment design based on a biophilic design idea

The star architects of the Dutch Studio GG-loop have implemented an aesthetically and functionally special residential project in Zeeburgereiland, in the east of Amsterdam under the leadership of Giacomo Garziano: “Freebooter”. The apartment complex has been built in such a way with its organic form that the lighting conditions in the building are controlled in accordance with an analysis of the movement of the sun during the year and retain the private sphere.

Zeeburgereiland is an artificial land mass next to the city centre of Amsterdam that was under water over 100 years ago and served as a transit station for ships of the Dutch navy. The project has now become a contemporary "Ship on land". GG-loop selected the term “Freebooter” to show that both the principles of the marine architecture and the historic components of the spirit of adventure of the seafarers can be transferred to the current modern architecture. Within this history there was the challenge to create a biophilic design within a connection of architecture and nature, and with the building complex at the same time to meet the current needs optimally and sustainability. Materials from shipbuilding such as giant cedar and pine, steel and glass establish the connection to the natural environs.

The ground floor of the first pair of houses includes an open living area with a separate kitchen at the front and a garden. The first floor provides an office and two bedrooms around a shared bathroom. In the upper apartment on the second floor there is a kitchen in the middle with an open living-dining area on one side and an office around the kitchen on the other. A curved hallway joins the family bathroom to one single bedroom and one double bedroom, which provides a view of a large terrace, which is shielded by the upper cedar fencing. The system of the balconies and terraces provides continuity between the interior and exterior spaces, enlarges them and connects the residents with the natural element of the nearby water. The design aesthetic of GG-loop is extravagant without being invasive, visionary and futuristic.

Due to its extraordinary architecture and sustainability, this project has already received some awards, including the A’ Design awards 2019 and the DNA Paris 2019. The design of the building in Amsterdam is supported by the classic JUNG LS 990 design in Dark. The selection of the classic JUNG switch makes a statement with its classic shapes and minimalistic aesthetic that integrates itself iconically into the organic architecture.

Other Projects by JUNG