In 2020 the Farnsworth House, a site of the National Trust for Historic Preservation is celebrating Edith Farnsworth Reconsidered, a yearlong focus on namesake Dr. Edith Farnsworth’s life and times. The centerpiece of this nine-month project is Edith Farnsworth’s Country House – a temporary refurnishing of Farnsworth House to reflect its 1955 appearance. A new tour and exhibits focused on the untold story of this remarkable woman, who was an accomplished research physician, classically-trained violinist, poet and translator, world traveler and music-lover, are now available.

The Farnsworth House, designed and built in the International Style by architect Ludwig Mies van der Rohe for Dr. Edith Farnsworth from 1949-1951, is one of the world’s most widely-recognized and studied structures constructed in the 20th century. As one of the pinnacle works of Mies van der Rohe’s style and philosophy, it remains an international pilgrimage site for thousands of architecture students and professionals annually. 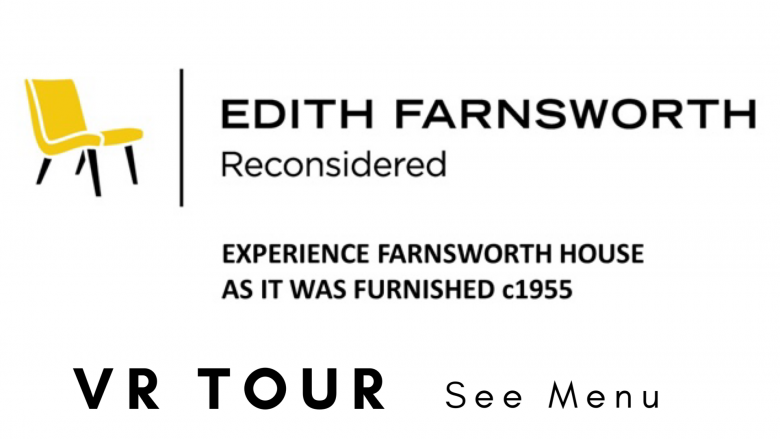