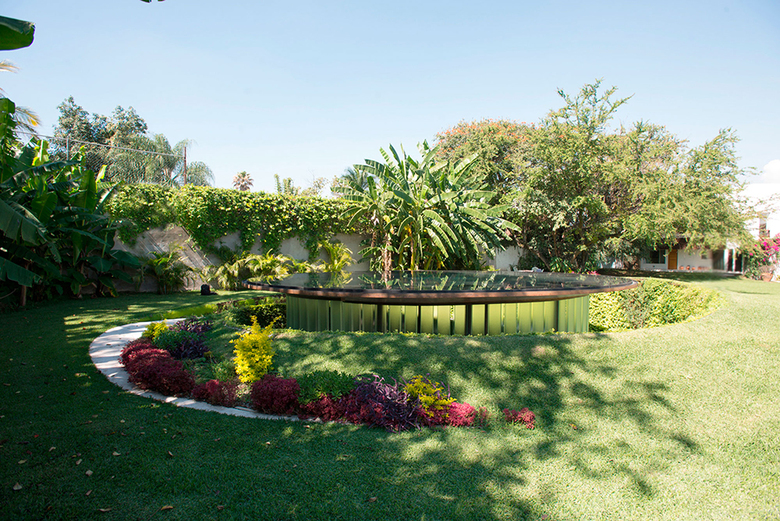 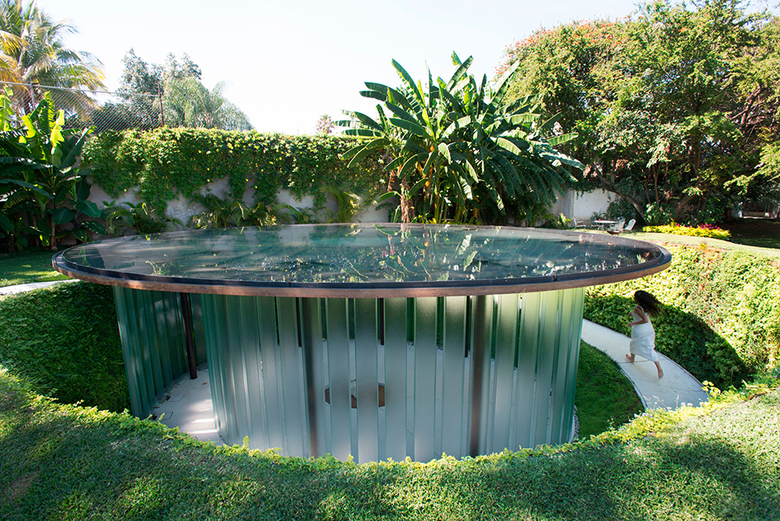 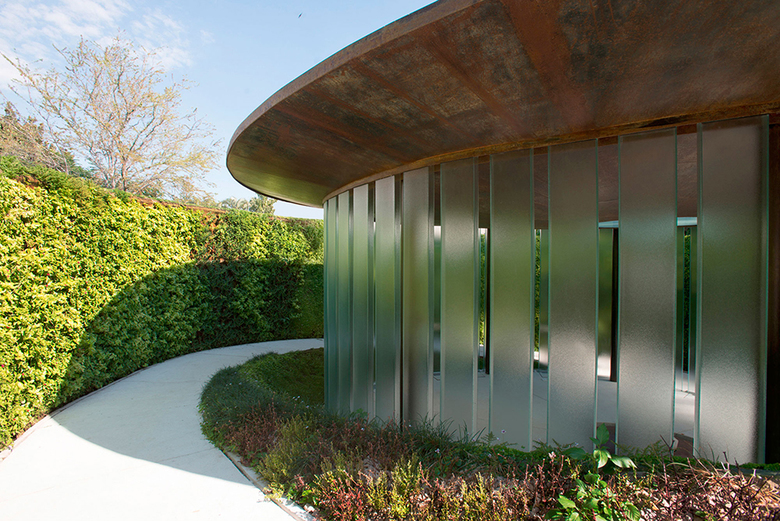 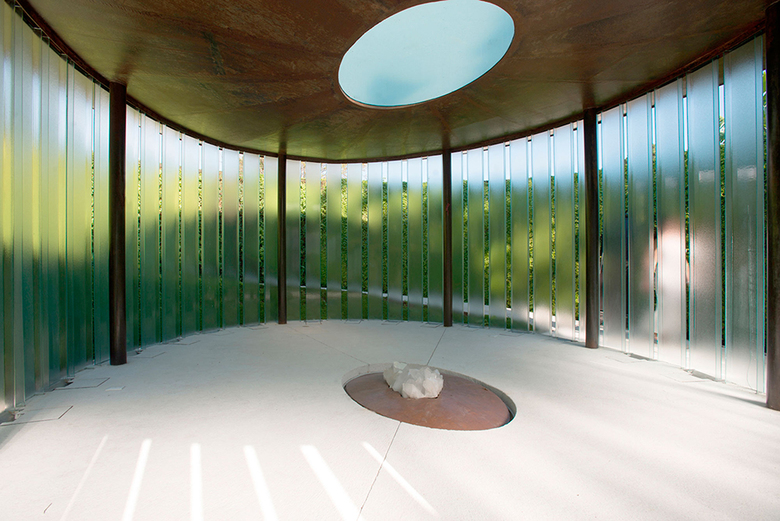 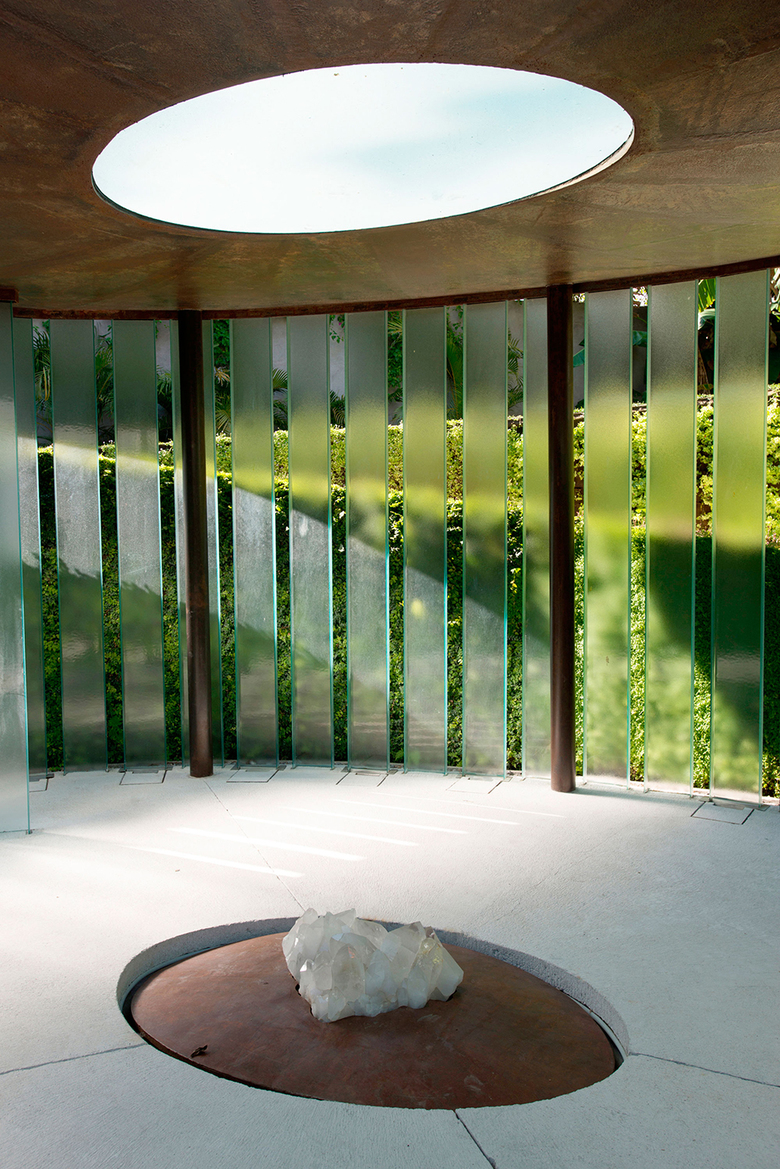 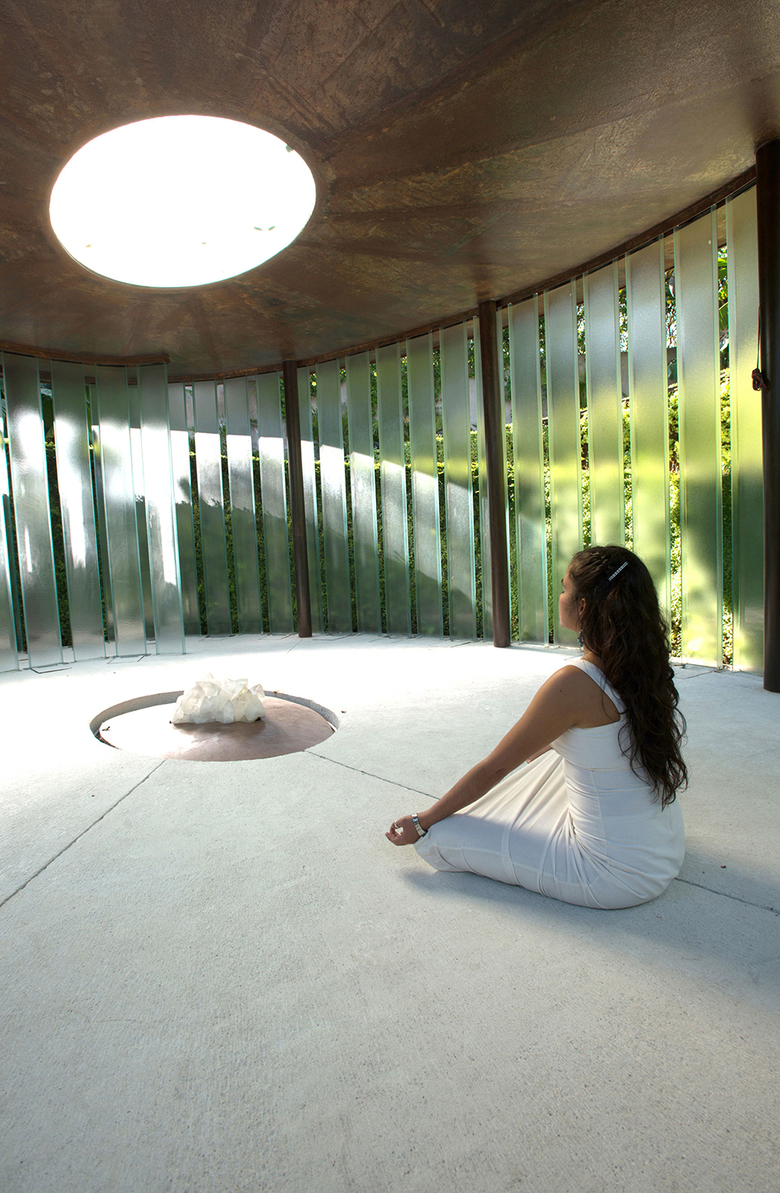 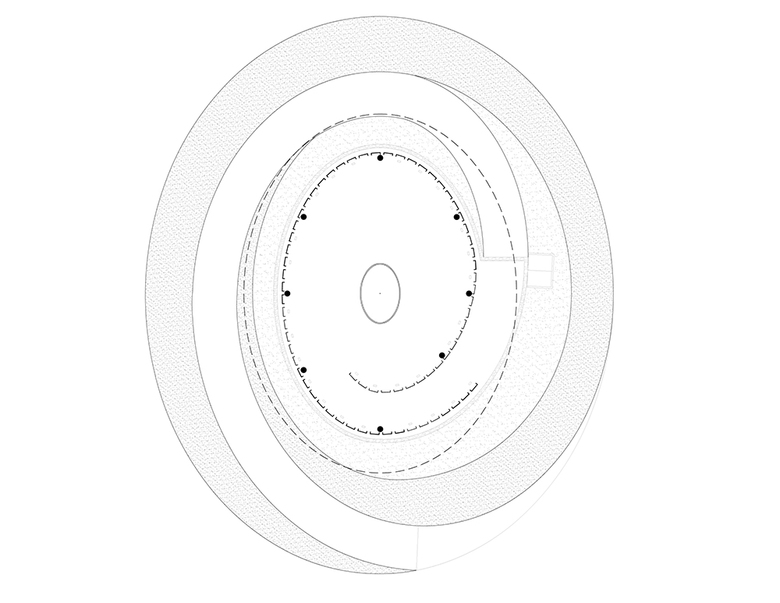 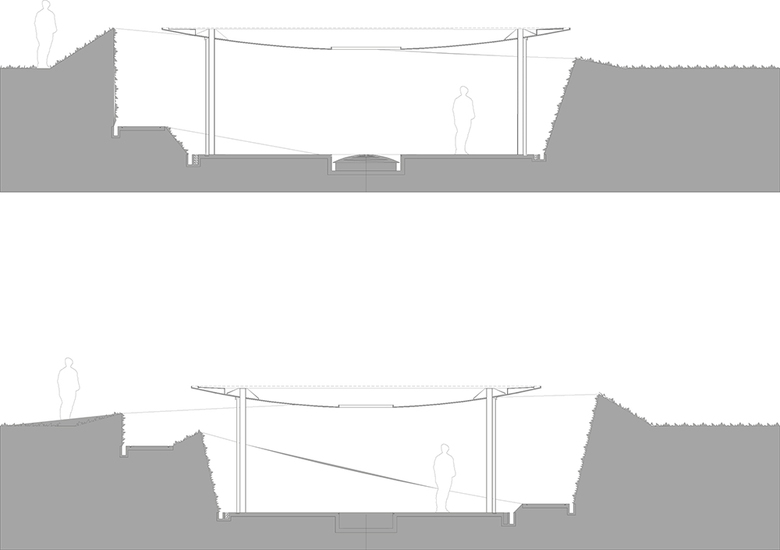 Now ... If La Estancia Chapel celebrates life and Sunset Chapel regrets death, this third chapel to meditate would be the midpoint between life and death, the balance point, a journey into ourselves. We imagine a chapel buried, a lump in the ground. And in this process we include a vital element in our lives: water.

By including a water mirror at ground level, from the house we only appreciate like an "intervention in the landscape" a small stream in the garden. But when you get closer you can see a downwards ramp that surrounds the chapel. After the tour the chapel receives you with a beautiful glass entrance, then you get in to the central space. An oculus in the metal plate that allows us to see the outside through the water . A metal source with a large quartz in the center reflects the oculus on the floor.