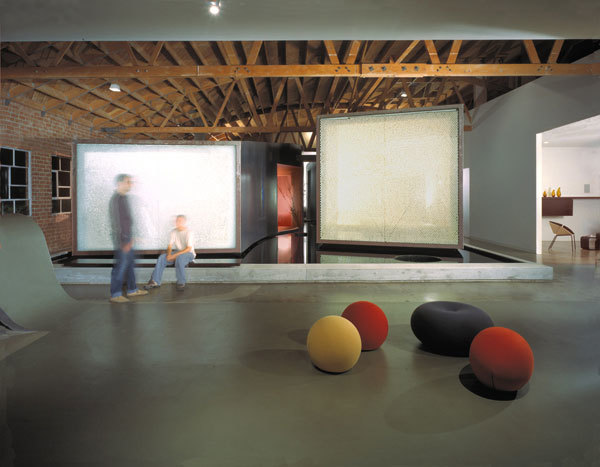 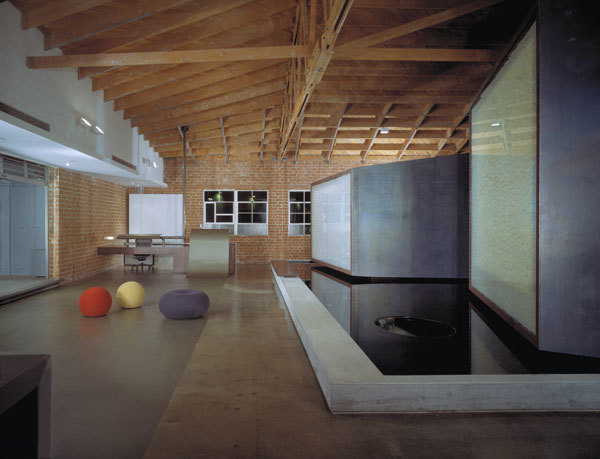 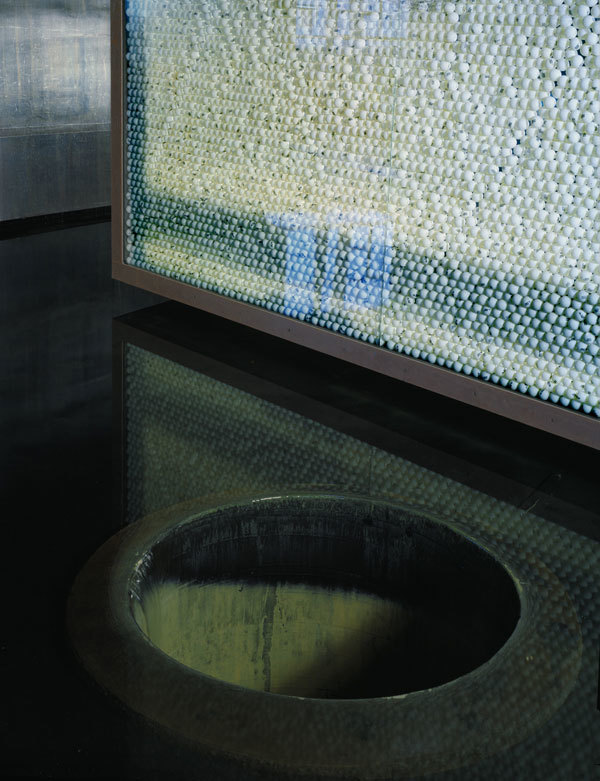 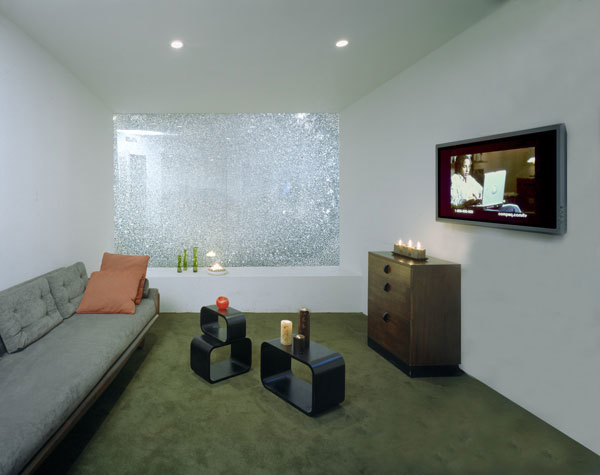 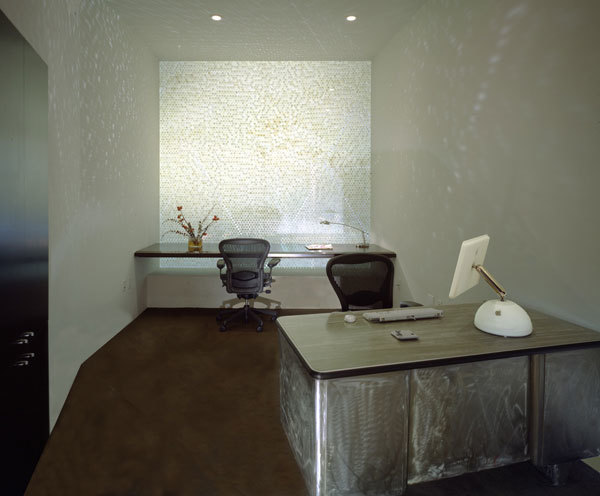 The film editing profession requires small, dark environments free from distraction and light reflection-in essence, hermetically sealed boxes. Yet at the same time, a film editing company, if it is to be competitive, must exist in a stimulating, socially interactive workspace, alive to workers and clients alike-a place where people will want to be.

It was this challenge to transform the interior of a rough 1940's 5,000 SF bow-truss warehouse into an entirely surprising and inventive space. The location of the warehouse-in a featureless, industrial area of West Los Angeles-created few basic restrictions, yet the question of how to incorporate box-like rooms inside a large area while simultaneously creating an alive, interior atmosphere became a major challenge.

To answer this question, the architect's first decision was to treat the building's warehouse exterior as a kind of horizon or envelope within which to locate a large interior public area, which would enclose the warehouse's smaller rooms. Incorporating the client's program of offices, library, socializing zones, music rooms and editing rooms, the design uses independent forms as well as interior walls of unique materials, to create an entirely new and unexpected world of public and private space. The dull West Los Angeles neighborhood surrounding the warehouse is at once replaced inside, through a variety of volumes and forms, all kept below ceiling height. A constant flow of movement and circulation is created, heightening the interior's excitement and tension. Opposite the café, the reception area grows out of the linoleum floor material, and is deliberately positioned away from the entrance door, so that the visitor must absorb the entire space.

The central design elements are the two oblong skewed boxes hovering over a placid reflecting pool. Hybrids of sculpture and room envelope, the gently curving structures enclose the editing studios and offices. Facing the lobby, the ends present a luminous textured facade, which are revealed on closer inspection to be panels filled respectively with ping-pong balls and acrylic beads. While their materials are unorthodox, the functional result is akin to an Arabic filigreed screen. Bathing the rooms in softly diffused light, they afford the users privacy and minimize distractions while allowing glimpses of the space beyond. The insterstices created by the volumes undulating over the shimmering plane of water evoke Venetian canals and Richard Serra's torqued ellipses. A discreet circular "fountain" sunk into the pool fills the space with soothing sound of running water.

Step Up on Fifth