As the founding partner of Olson Kundig, Jim Olson has explored the aesthetic interplay of art, nature and architecture, and the relationship between light and space, for over fifty years. Jim is the recipient of numerous honors including the Seattle AIA Medal of Honor and many national and international design awards. His work has been published worldwide and is the focus of four monographs: Jim Olson Houses (The Monacelli Press, 2009), Art + Architecture: The Ebsworth Collection and Residence (William Stout Publishers, 2006), Jim Olson: Art in Architecture (The Whatcom Museum, 2013) and Jim Olson: Building • Nature • Art (Thames & Hudson, 2018).

Jim’s work was also the subject of a traveling career retrospective that originated in 2011 at the Museum of Art at Washington State University, as well as a solo exhibition at the University of Washington in 2015. Jim has been published more than one thousand times in venues worldwide, including the New York Times, Dwell, the Wall Street Journal, and Architectural Digest. Under Jim’s leadership, Olson Kundig has received a National Architecture Firm Award from the American Institute of Architects, has been included in the AD100 list for six years in a row, and for three years has been named one of the Top Ten Most Innovative Companies in Architecture by Fast Company. 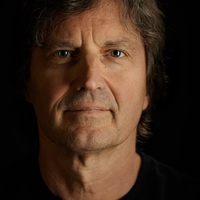 Tom Kundig is an owner and design principal of Olson Kundig. Tom has received some of the world’s highest design honors, including a National Design Award in Architecture from the Cooper Hewitt Smithsonian Design Museum, an Academy Award in Architecture from the American Academy of Arts and Letters, and an election to the National Academy as an Academician in Architecture. Most recently, Tom was awarded the AIA Seattle Medal of Honor as well as a Distinguished Alumni Award from the University of Washington.

In addition to receiving scores of design awards—including ten National Honor Awards, ten National Housing Awards, and a COTE Top Ten Award from the American Institute of Architects—Tom’s work has appeared in hundreds of publications worldwide and on the covers of The New York Times magazine, ARCHITECT, Architectural Record, Architectural Digest and The Plan. Tom regularly lectures and serves on design juries around the world, and is named in The Wallpaper* 150 as a key individual who has influenced, inspired and improved the way we live, work and travel. Across his diverse body of work in locations around the world, Tom is known for his elemental approach to design where rugged materials are left in raw or natural states to evolve over time with exposure to the elements – and to human touch.

An owner and principal of Olson Kundig, Kirsten Murray’s body of work is characterized by authentic, contextual buildings and spaces that result from a collaborative design partnership with her clients and colleagues. Since joining Olson Kundig in 1989, Kirsten has designed a range of project types, from private residences to mixed-used buildings, multi-family developments, art spaces, historic commercial renovations and urban design projects. Throughout her career, Kirsten has created buildings and spaces that strengthen and enrich communities. She is known for integrating stakeholders and community members throughout the process, shaping the design around their collective goals.

Her work has been published in a variety of national and international media including The New York Times, Architectural Digest, Interior Design, and Architectural Record. In 2016, Kirsten was elevated to the AIA College of Fellows and has served on the National AIA Board in a number of capacities, including trustee, treasurer and vice-chair. From the beginning of her tenure at Olson Kundig, Kirsten has been a firm-wide leader, creating new programs and enhancing core practices that have helped the organization grow from a small architectural firm to an internationally recognized design practice with over 180 employees. Many of her contributions, such as Olson Kundig’s international internship program, integrated studio organization and community engagement programs, were cited as specific distinctions when the firm was honored with the AIA National Firm Award in 2009. 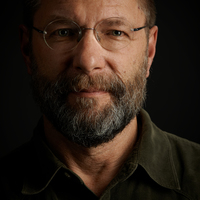 In recent years, Alan has been awarded first place in multiple international design competitions, including The Bob Dylan Center, The Jewish Museum Berlin Kindermuseum, and Fairy Tales 2016, the world’s largest architectural ideas competition. Alan’s recent self-provoked works include [storefront] Olson Kundig, a two-year experiment in design, culture and social practice; and “The 5th Façade,” a multidisciplinary exploration into the uppermost layer of cities. Alan’s current work includes a redesign of Seattle’s iconic Space Needle, a new museum for an American sculptor, an art park in Sacramento and several narrative-based projects. 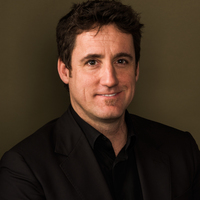 Over the span of his twenty-three-year tenure at Olson Kundig, principal/owner Kevin Kudo-King has played an integral role in the design, production and management of numerous award-winning projects. In collaboration with fellow owners Tom Kundig and Jim Olson, Kevin has led the design of museum gallery expansions, large-scale international residential projects, and urban mixed-use projects, among others.

Kevin is known for his collaborative design practice, which is deeply informed by the history of craft and artistic production. His designs emphasize an integration of art and architecture that is grounded in a contextual response to the natural conditions of a site, many of which are international. Kevin is currently working on projects in Indonesia, Costa Rica, New Zealand, Mexico, and China.