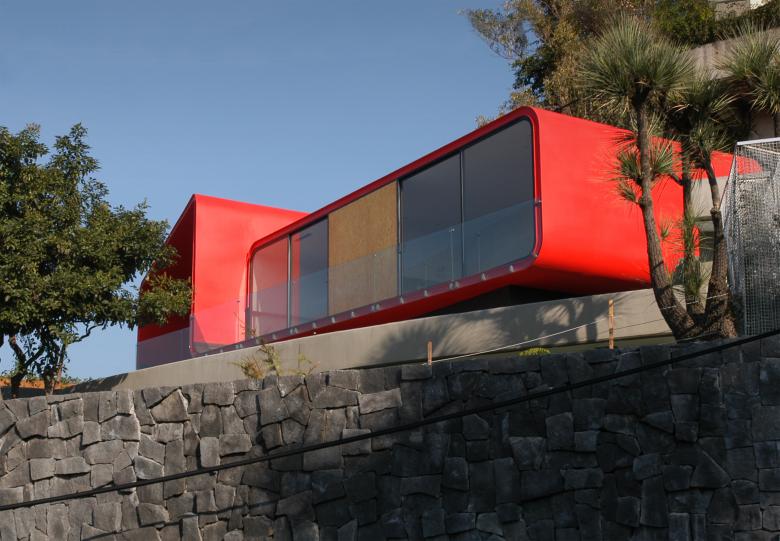 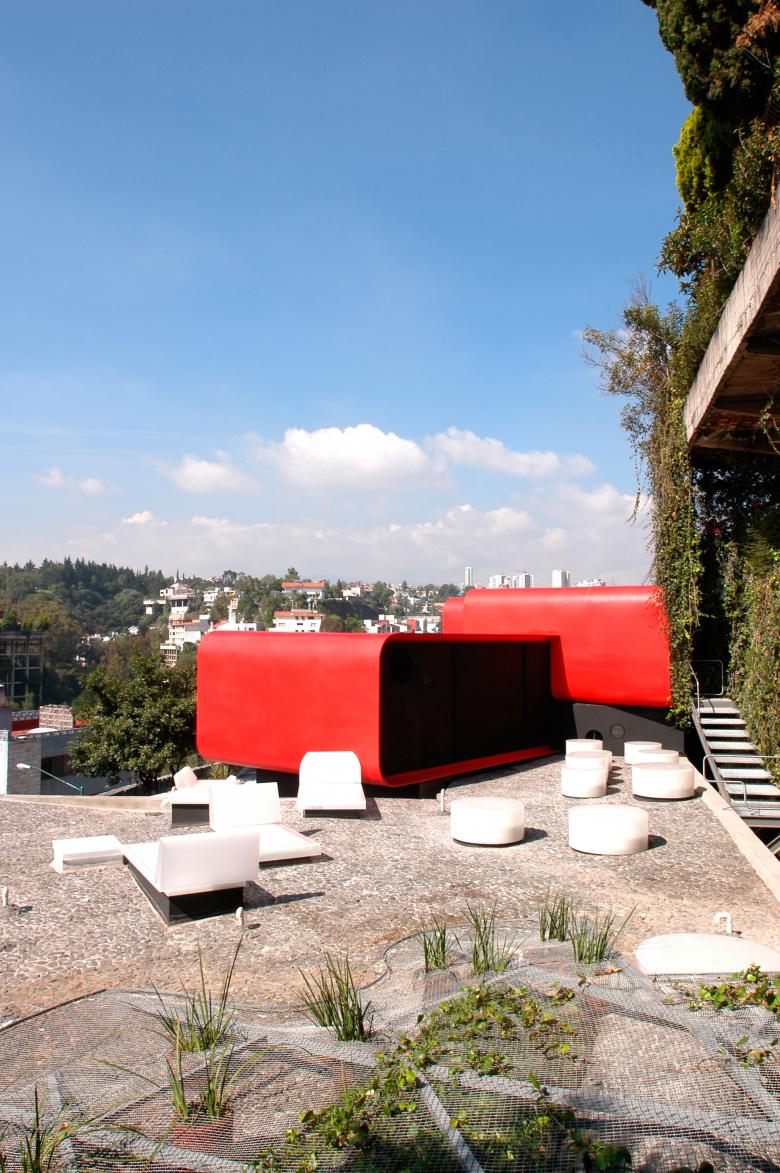 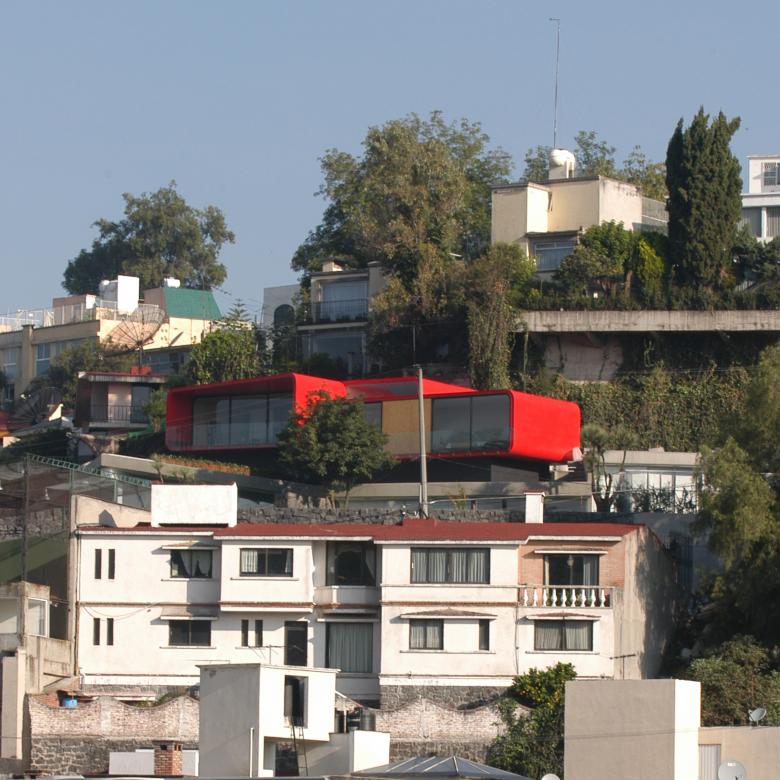 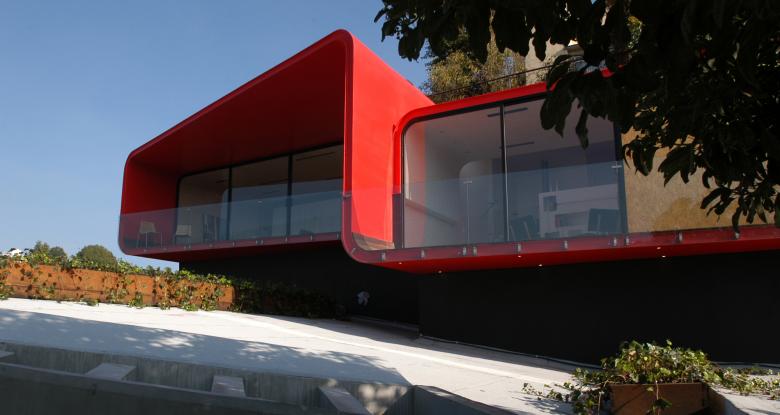 Located in Tecamachalco, State of México, on a hillside overlooking Bosques de Reforma, an existing late 60’s house required a renovation and an extension. Since the client bought the house for its distribution, the existing house was carefully cleaned out, leaving bigger and better areas, then a new part of the program was required, an independent apartment for the client’s daughter. Inside the garage there are 2 separate entrances, providing total independence to the extension, which is accessed through a spiral staircase going 2 flights up. Resembling a ballet, displaying 2 bodies in motion, the looping sensual forms of changing angles coming out of every curve, where inspired by the ballet dancer who is going to inhabit it. The apartment consists of 2 half levels, the first contains the kitchen, dining and living area, then a half flight down; the t.v. room and the master bedroom. Taking advantage of the roof of the existing house and its skylights, this roof becomes a terrace built with the remaining of the chipped lava rocks used for the main wall of the house, the skylights become acrylic stools, benches and chaise lounges that change color with an LED system. A selection of pre-hispanic organ plants adds a touch of vegetation giving this area a lunar feel.