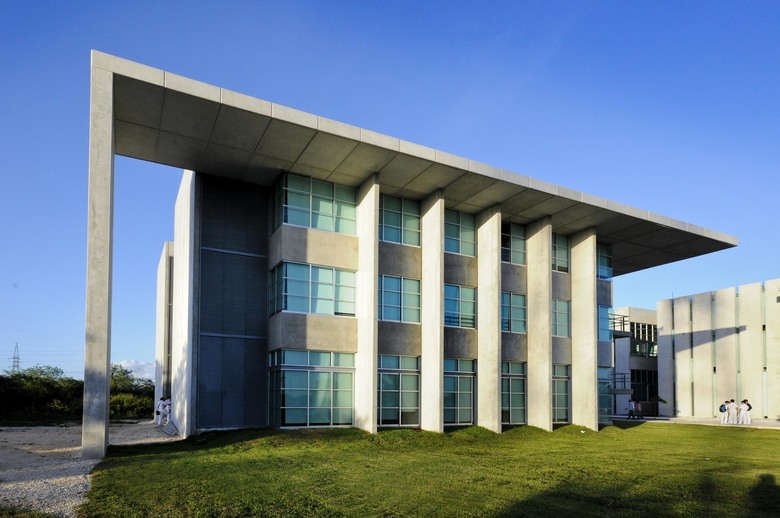 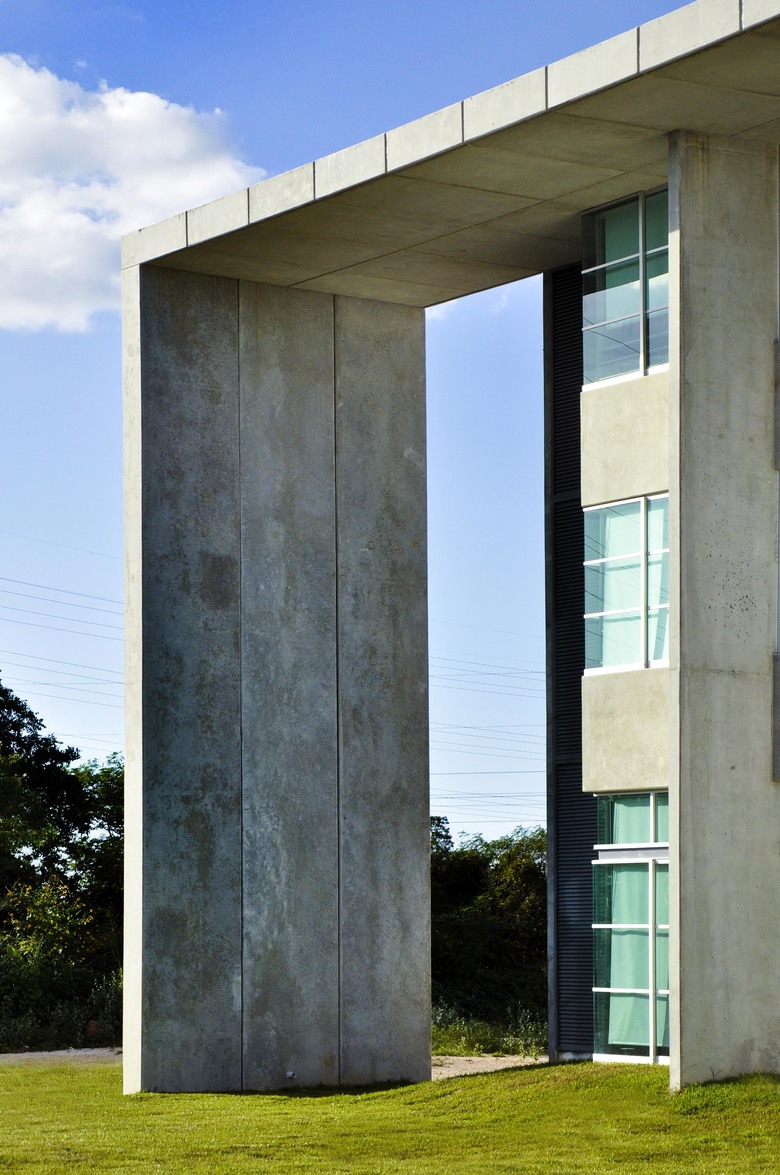 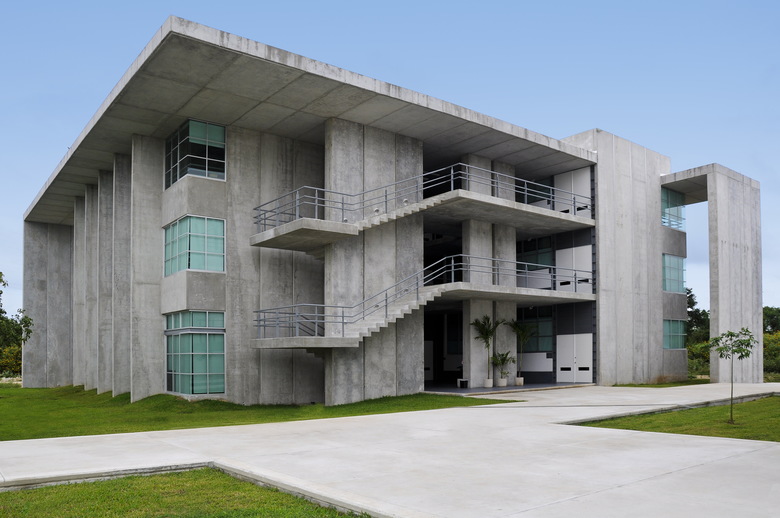 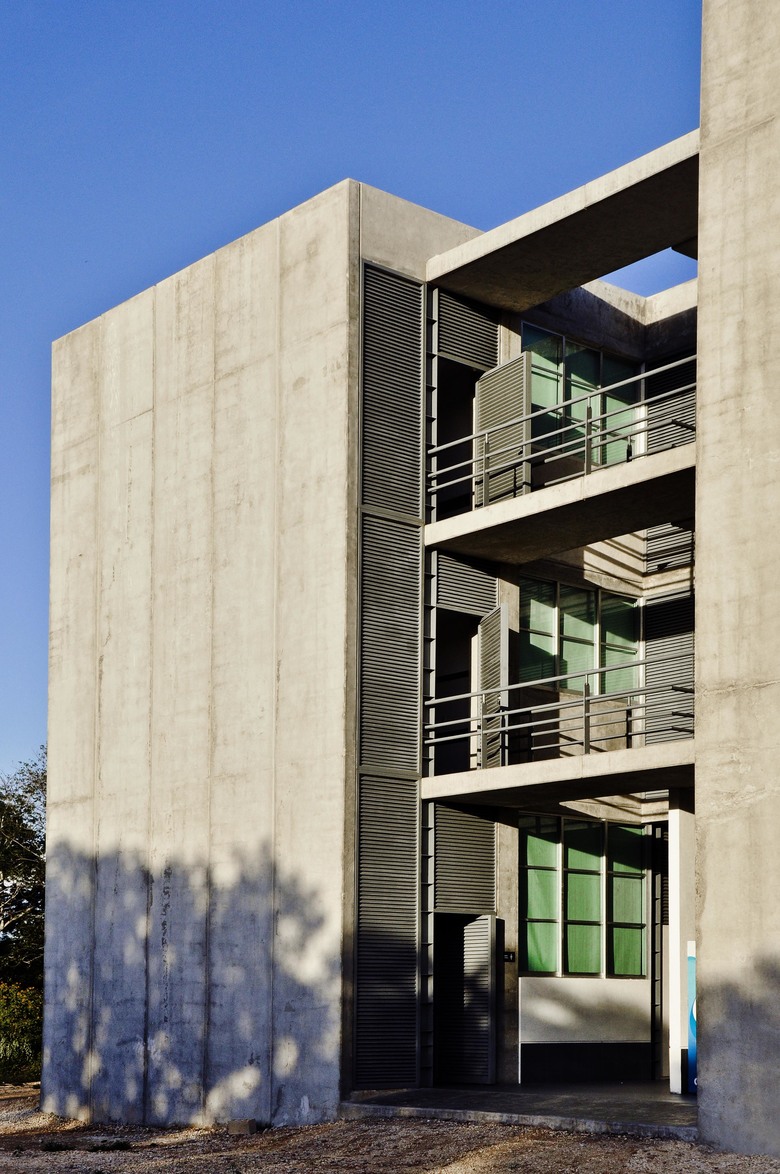 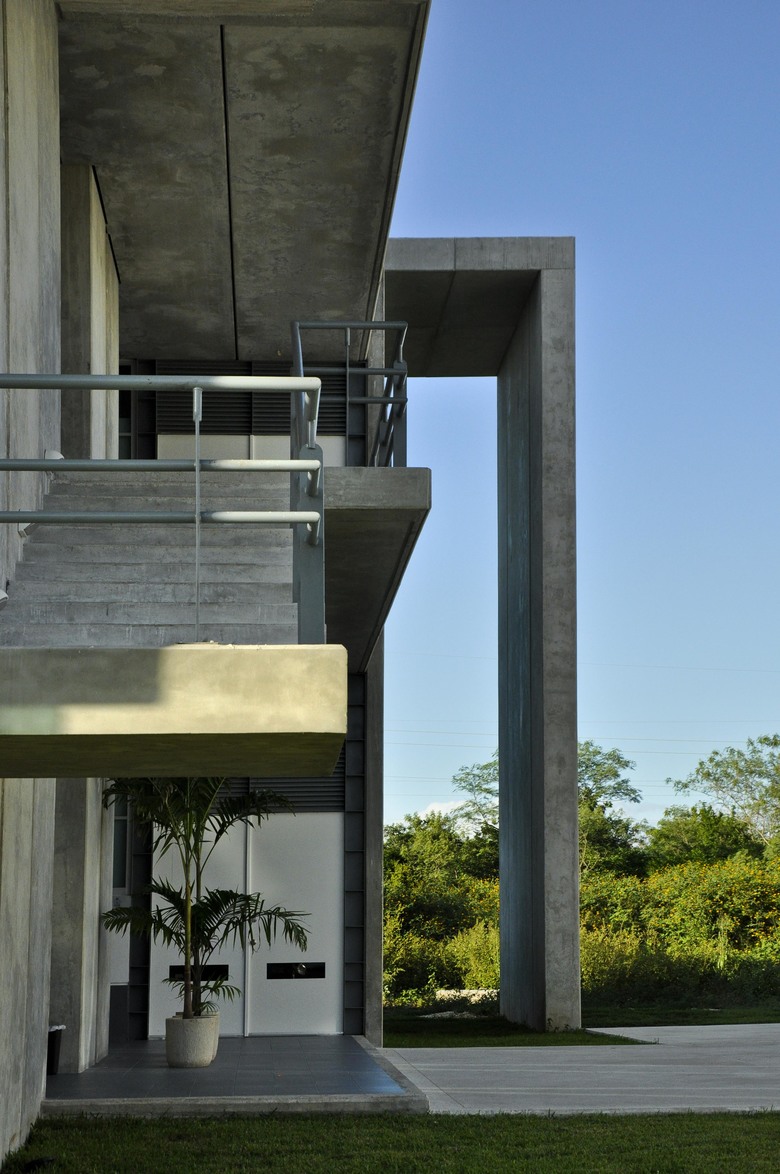 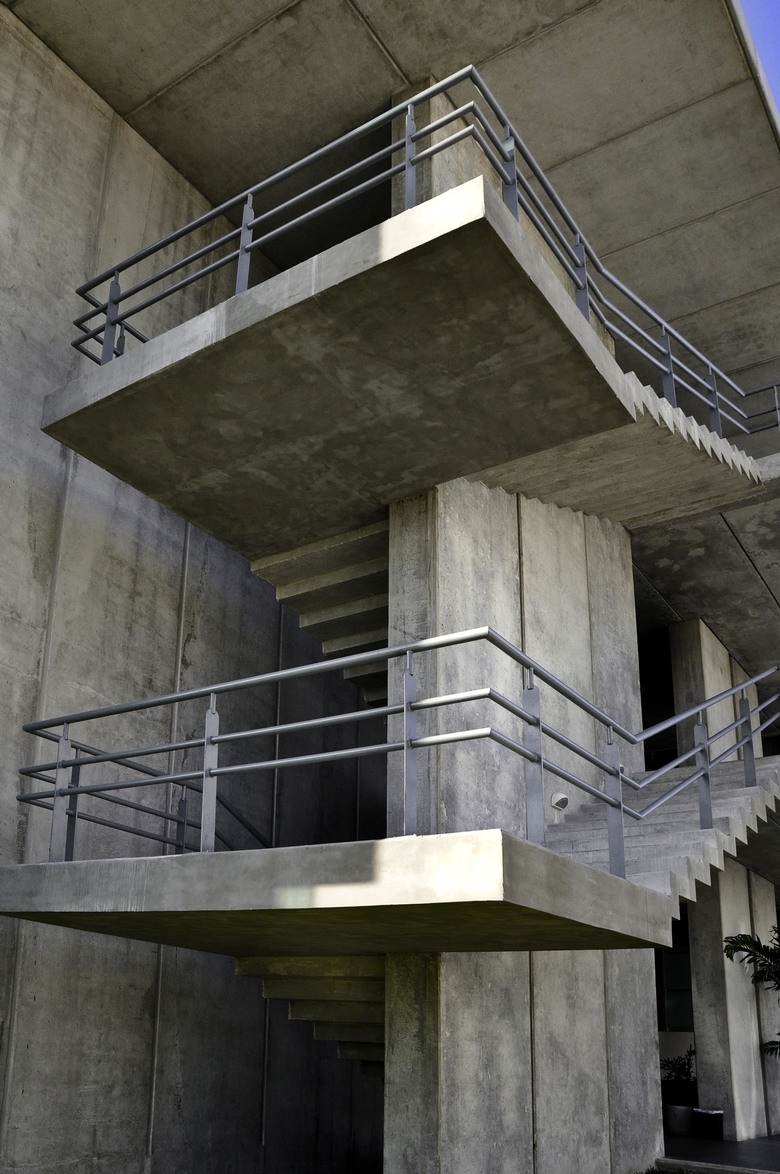 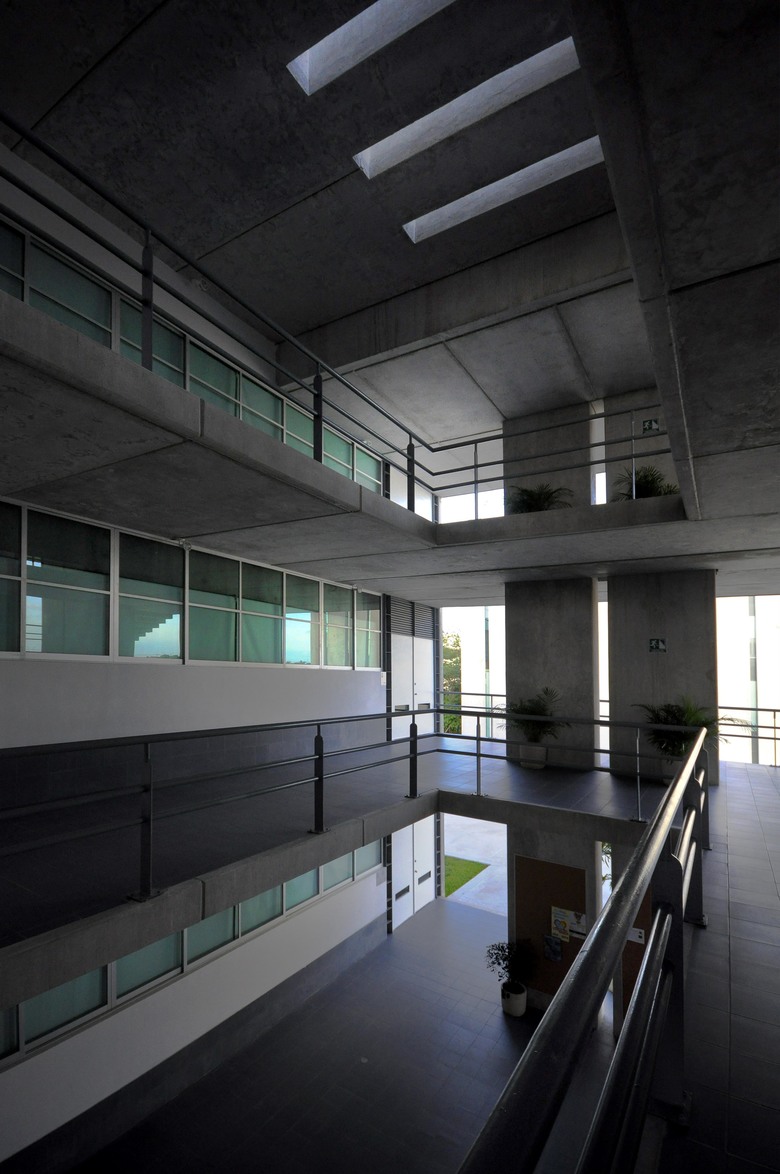 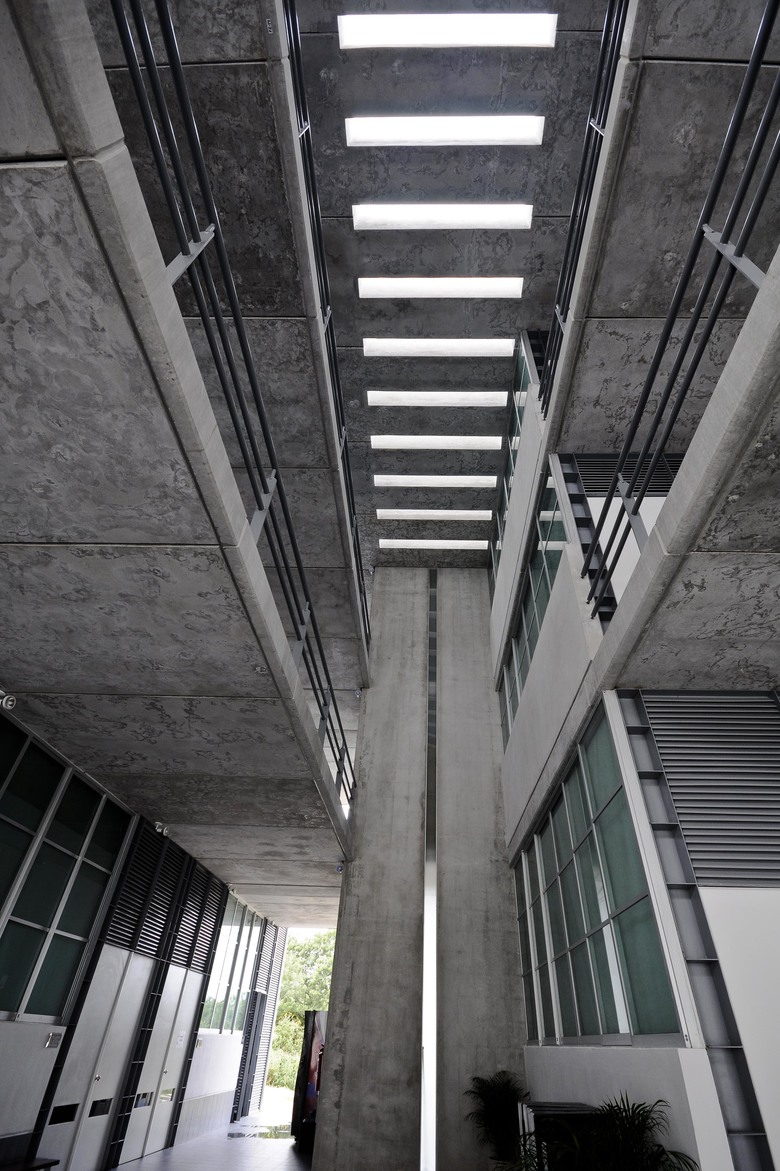 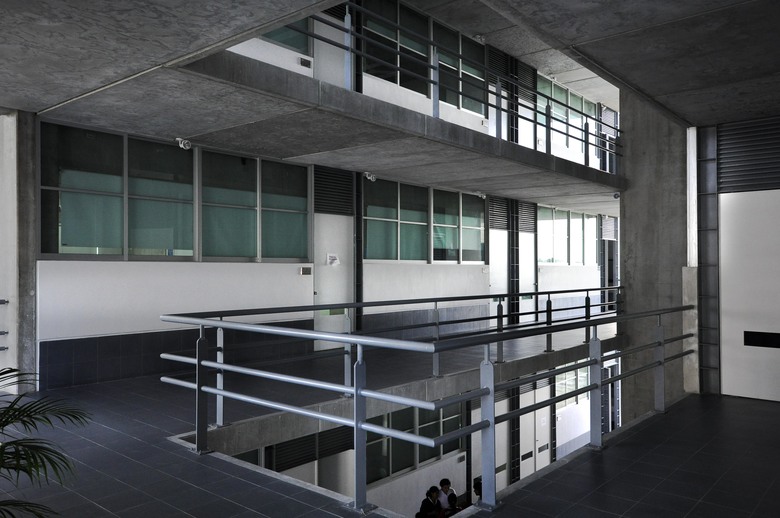 The Marista University of Merida added a new building to its campus as fundamental part of its consolidation process. This new module houses the facilities where nutrition, medicin, physical therapy and rehabilitation will be taught.

This new building is one more on the south wing of the university complex.

It respects the proportions, materiality and spirit of the buildings that preceded, without loosing sight of the concepts that characterizes this campus buildings and the Marista community in general such as functionality, austerity, efficiency and low maintenance.

Made entirely out of  prefabricated concrete with apparent finish, the building is divided into two main three level volumes connected by a staircase located on the southeast corner wich development sticks out  into the outer space and becomes the corner treatment/solution.

Theorical classrooms are hosted on the south volume while the laboratories are held in the north volume. A triple height space with overhead light entrance is the heart of the building and it’s also where all the circulation areas look.

The formal treatment on the north and south façade is a sequence of vertical elements providing shadow and allowing the flow of the prevailing winds. The west façade looks into the public space, a patio with two ceiba trees, this patio works as a transition space between buildings and also allows the ventilation of the center space and the corridors.

Since the service areas are located at the end of the west wing, the west façade has a much more “blind” treatment to control the sunlight incidence. This areas are ventilated through a metalic louvers system that at a certain point generate an opening into the façade that becomes the service entrance.

The volumetry ends in a large frame (cover) surrounding the whole volume and goes down at the end to become a “screen” wall framing the composition and at the same time helping the correct climate function.

Because it was built with a prefabricated concrete system it demanded a standard modulation of the pieces in orden to use the less molds and avoid waste.

This new building intends to reflect  the spirit of simplicity, service and austerity that the Marista community has always reflected in his educational system and has much contribute to form and educate so many generations in our entity.