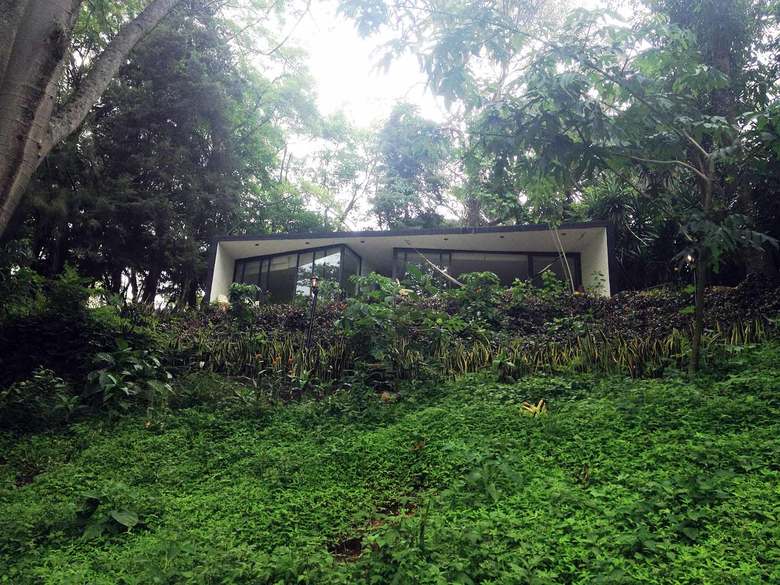 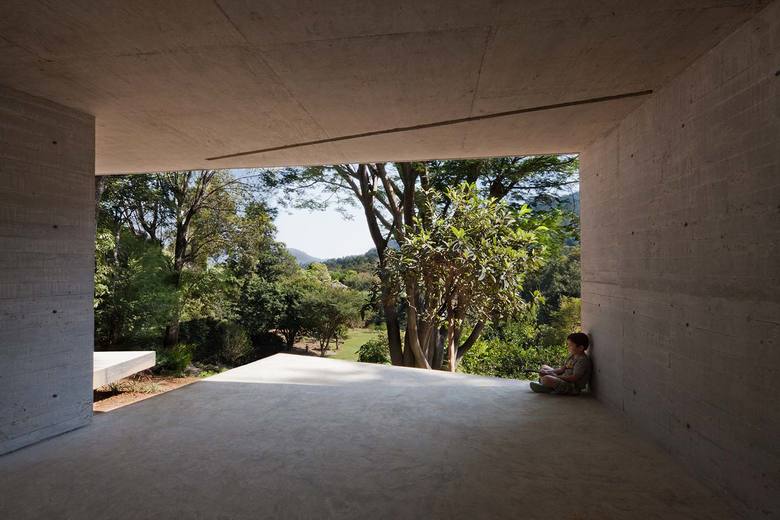 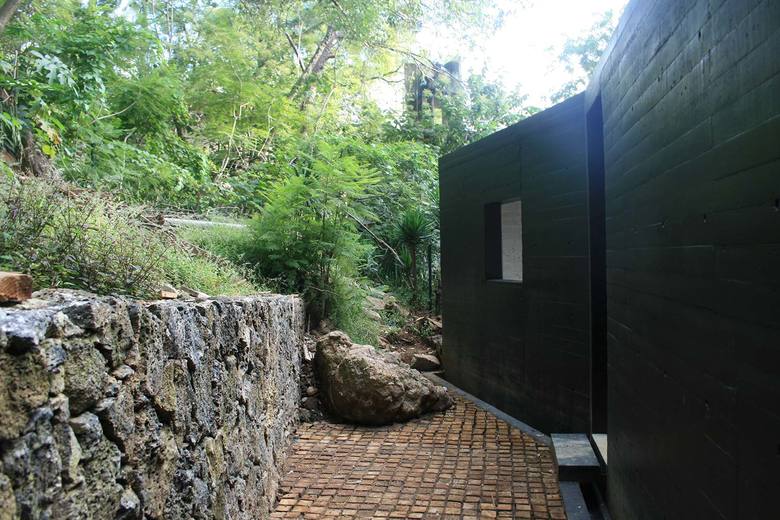 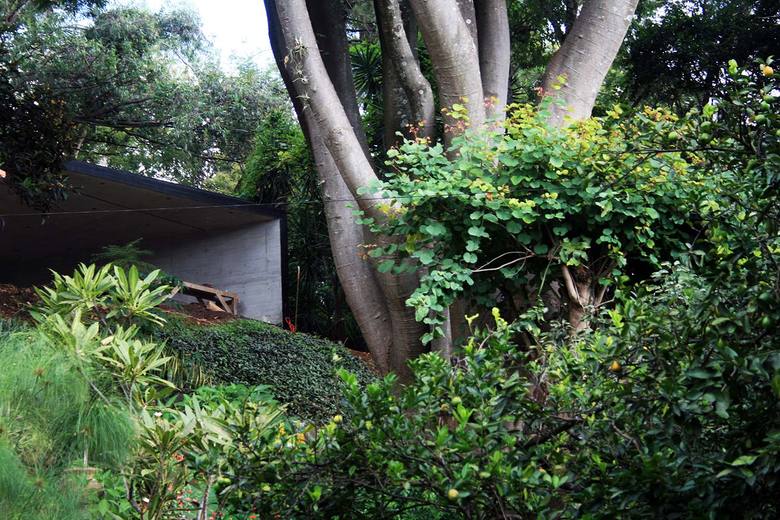 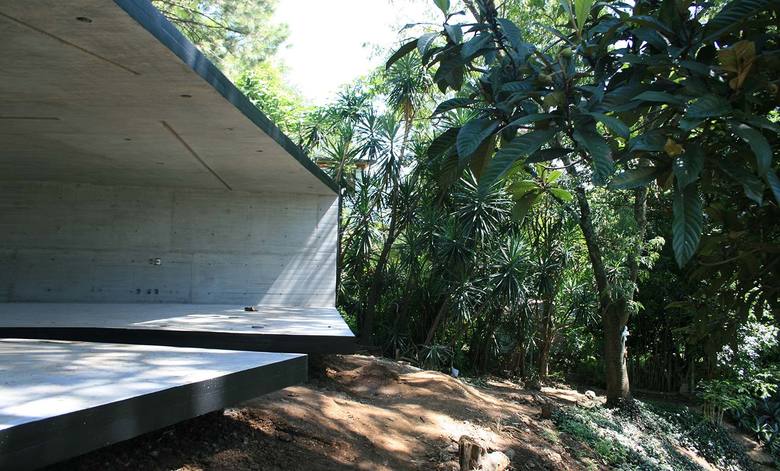 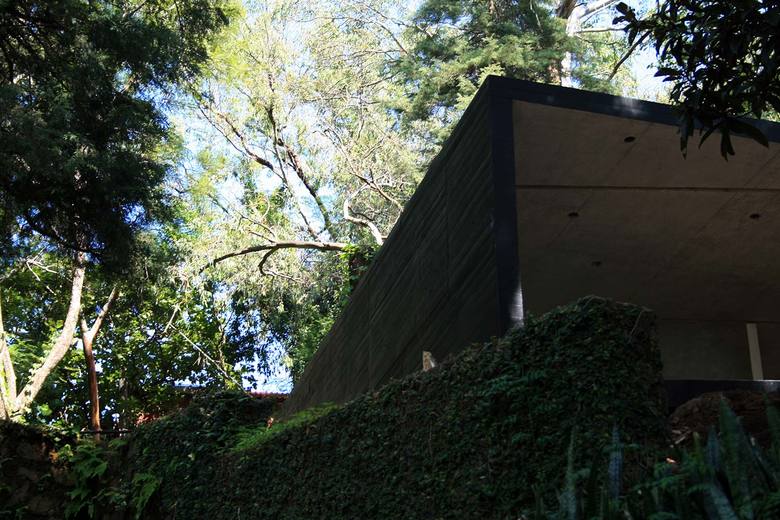 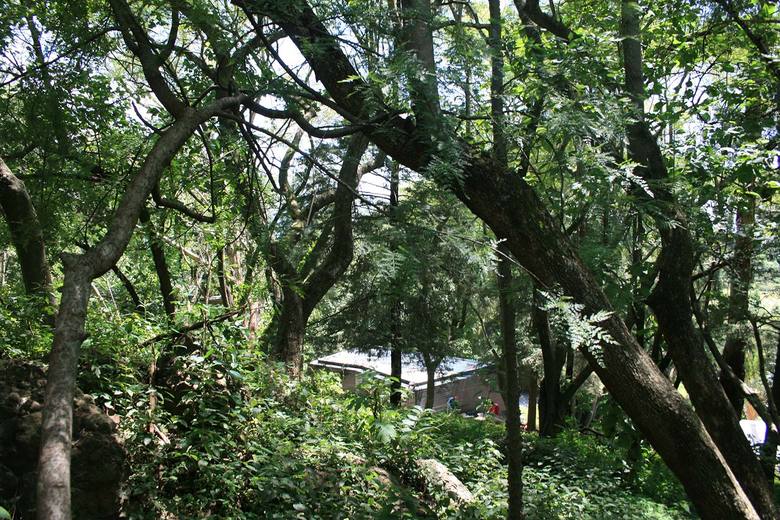 The LMB bungalow is the first of a possible series of bungalows intended to be built on a large site in Tepoztlán - a small town on the outskirts of Mexico City. Tepoztlán is known for its wild natural landscape and is a haven for artists and intellectuals who are attracted by its serene atmosphere - and escape the hustle and bustle of the city. For this reason, the bungalow is intended as a weekend retreat but may eventually become a full time home. The project takes advantage of the topography of the land on which it sits and the impressive view it offers. This view informs the geometry of the project, whose outline is adapted to make the most of the landscape. It explores small scale housing and the relationship between architecture and landscape, between the user and nature – a relationship which is intended to be direct but without mimicry. The house is divided into two areas – one public and one private. These two areas are divided by a strip of tropical flora which penetrates the architectural mass and allows for cross ventilation within the building. In front of the bungalow are two large terraces – open spaces which act as an extension of the living areas of the proposal.