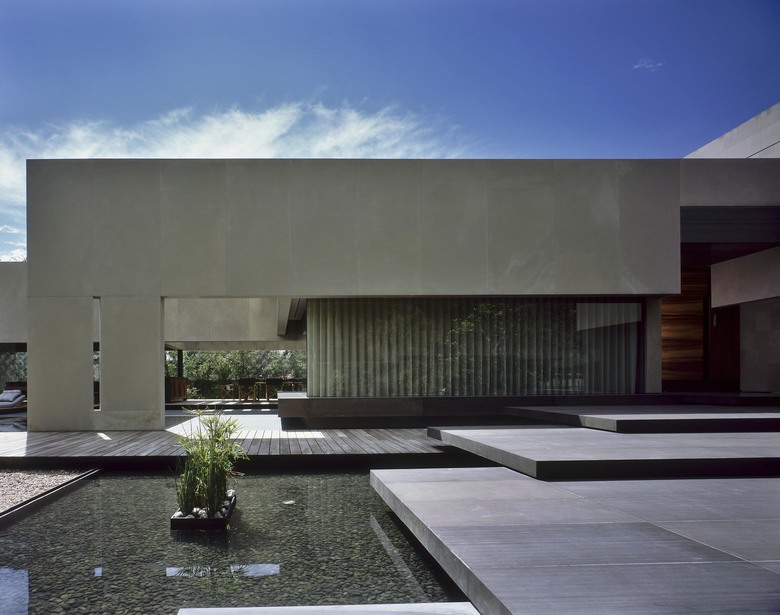 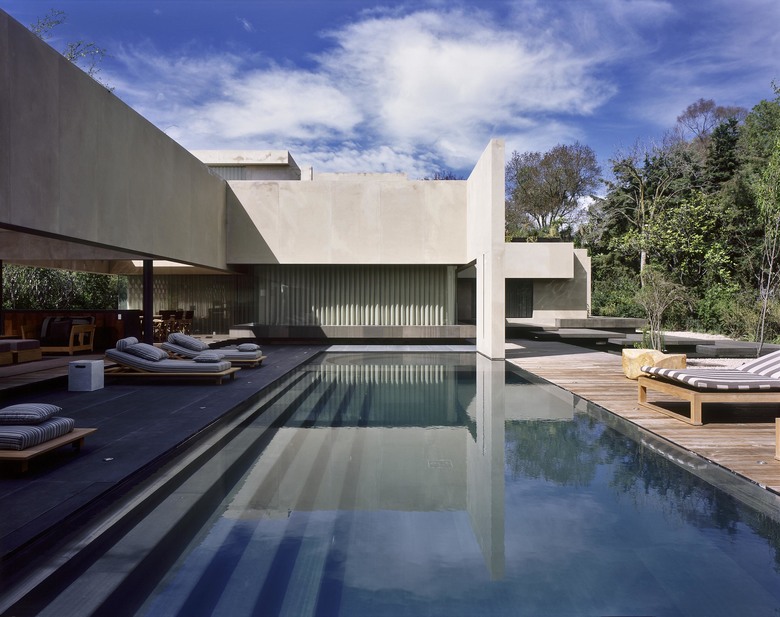 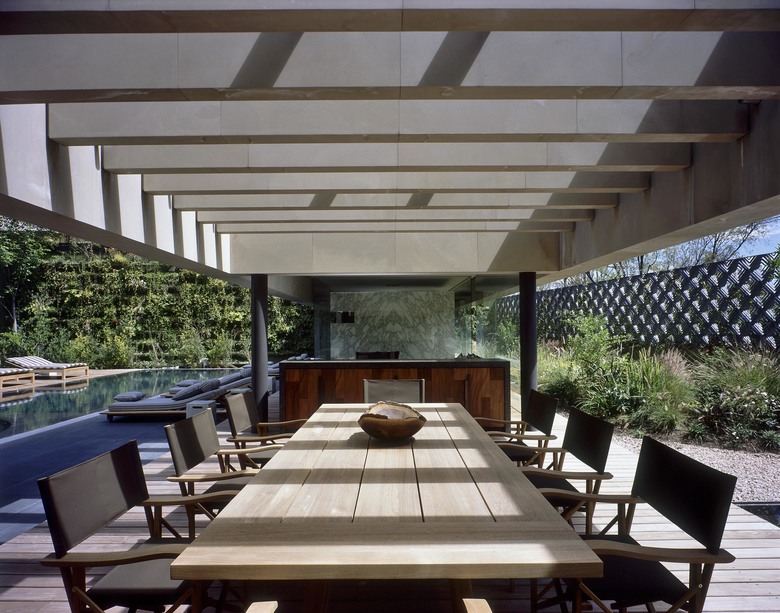 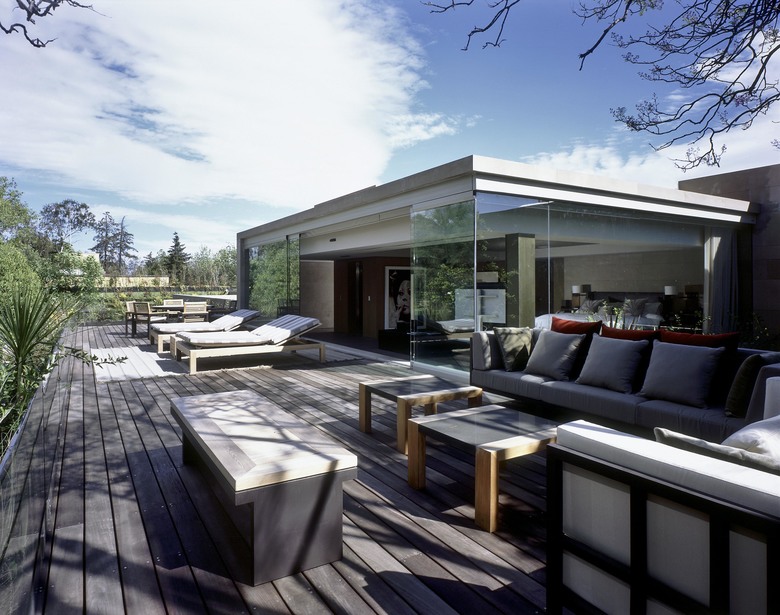 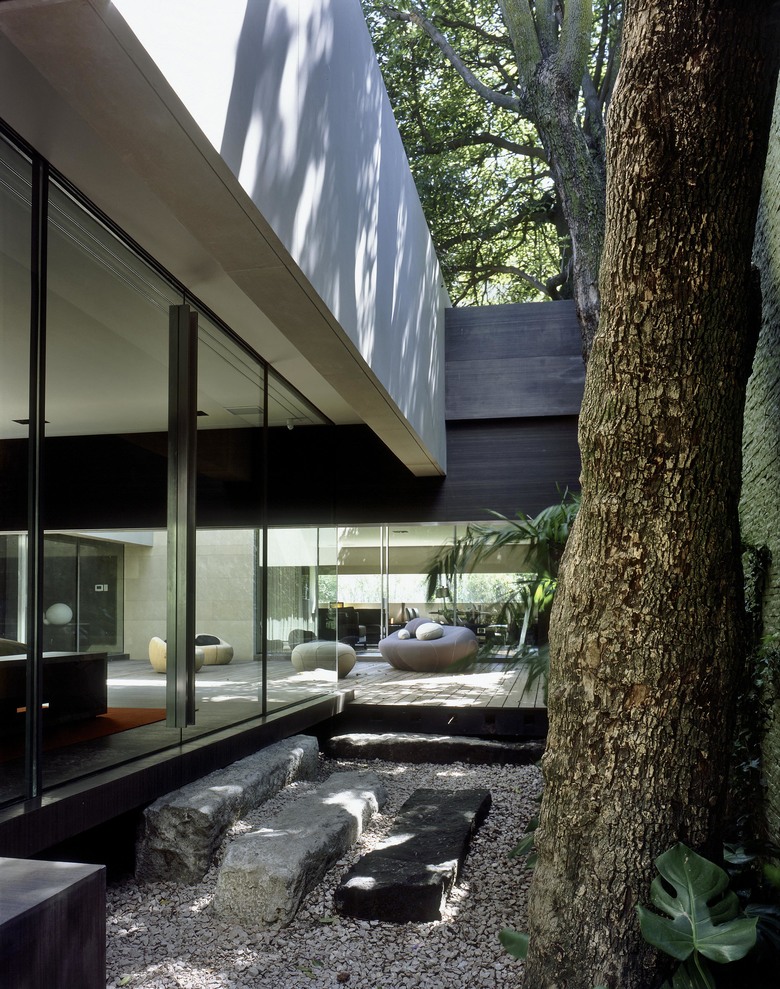 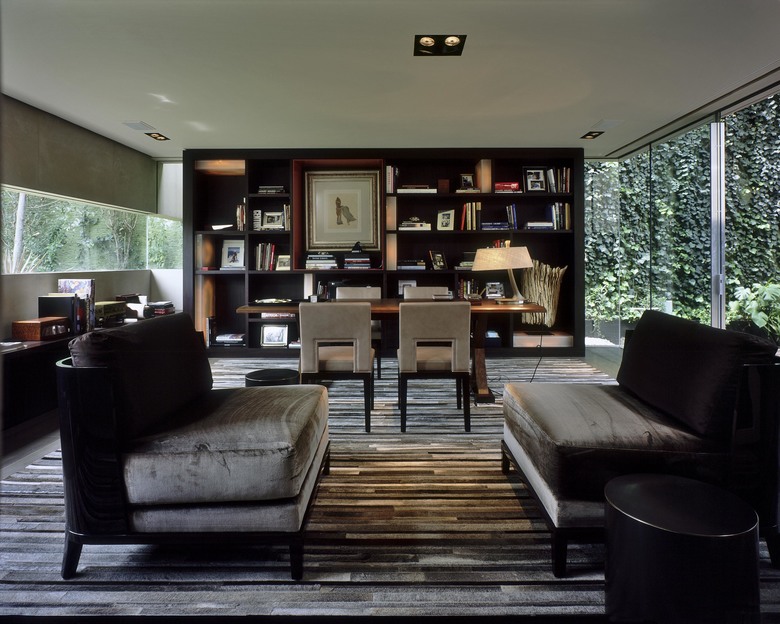 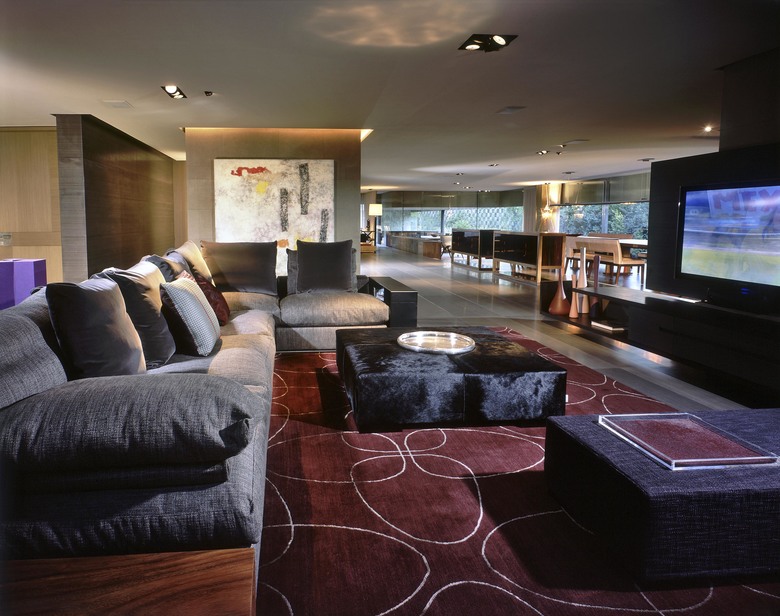 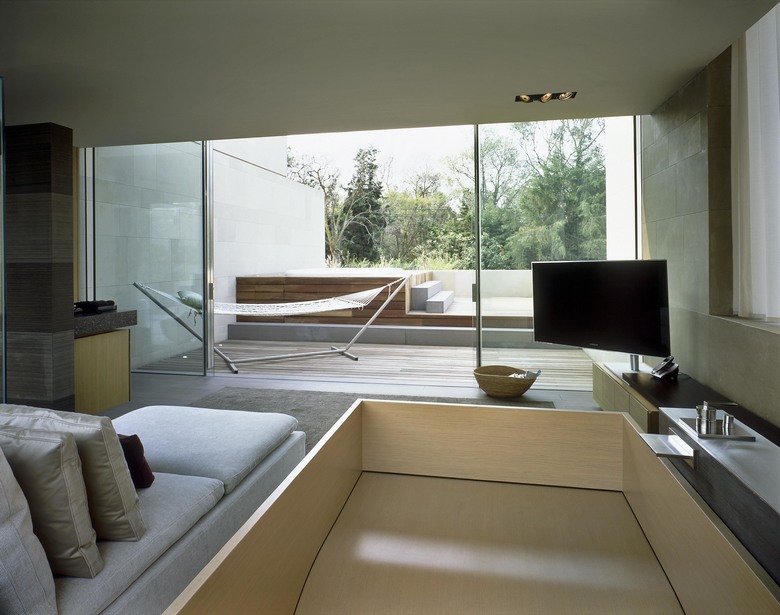 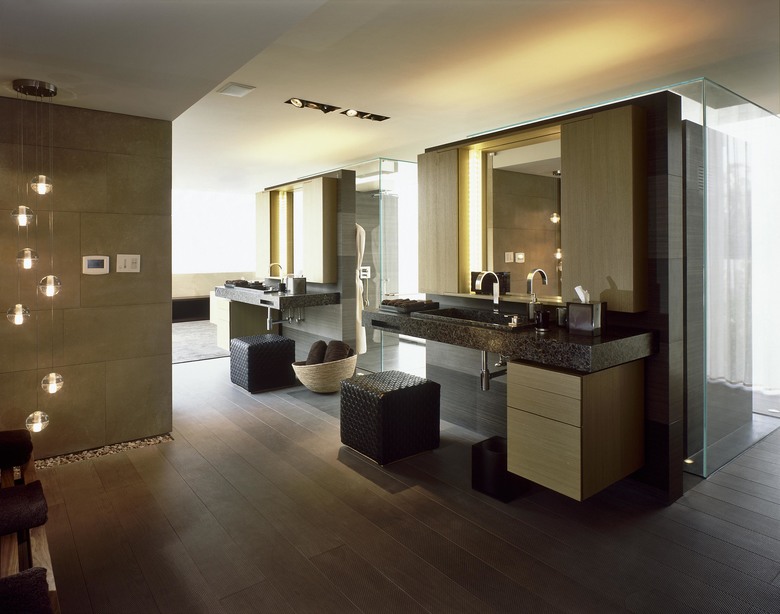 The proposal was created through solid stone volumes which respond to the horizontality that the spaces and the program generated and to their proportions. The project retakes the geometries of the context and urban image, unifying them in a tectonic volume. These volumes float above a water mirror which gives access to the house. A single skin of stone gives color and shape to the whole project, creating modulated openings and perforations that allow the entrance of light and shades created by the same volumes, controlling over natural light and creating private and comforting areas.

In the interior, the spaces generated by the scheme, helped have plenty of diversity in the materials applied, as well as their combination. The structural solution is a combination of concrete and steel; because of the distance that are intended to be freed. The result was a plan view free of columns and visually transparent that generates an interaction between the inside and the outside across the existing translucent openings. The interior spaces connect with the exterior spaces and the environment.

The project is a residence that is generated from the broad needs of the client, with an extensive program that was developed and which allowed to make a game of spaces along the project. The program consists of outdoor areas, amenities and recreation, as well as private and service areas.

The interior architecture played a major role in the design process, one of the elements to notice is the interaction of materials and furniture chosen in each of the elements that compose the final project.