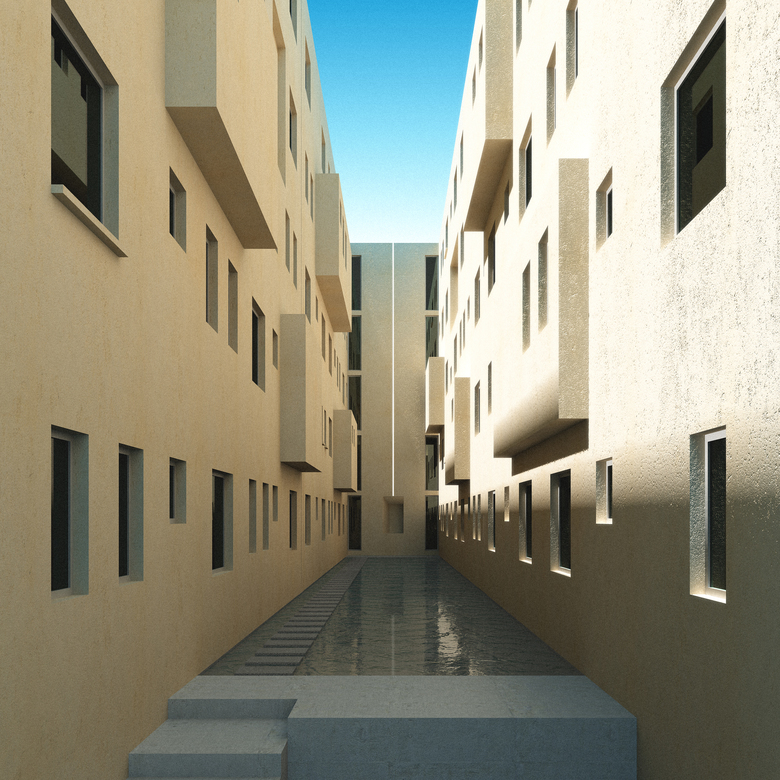 This social dwelling project is located in Valle Gómez neighborhood, and houses 70 apartments in 5 levels (14 apartments per level).

The main goal of this proposal is to generate a space that will refer us back to traditional Mexican vicinity, within a calm and peaceful atmosphere.

Recognizing that the best valued apartments are the ones with a street-view, it’s proposed to access the building through an alley, giving that way a street-façade to all the apartments, but in a controlled environment.

Considering there was no consolidated urban image in this zone, it was decided to give the complex its own language to the interior, strong enough to emerge and modify the surroundings.

In spite of its contemporary character, the building gathers several symbols of the mexican popular culture and gives them a place, recognizing the users to whom it has been designed.