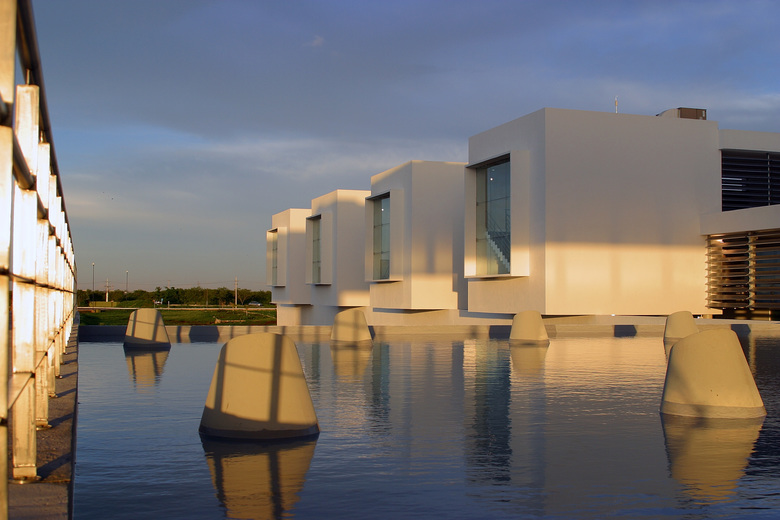 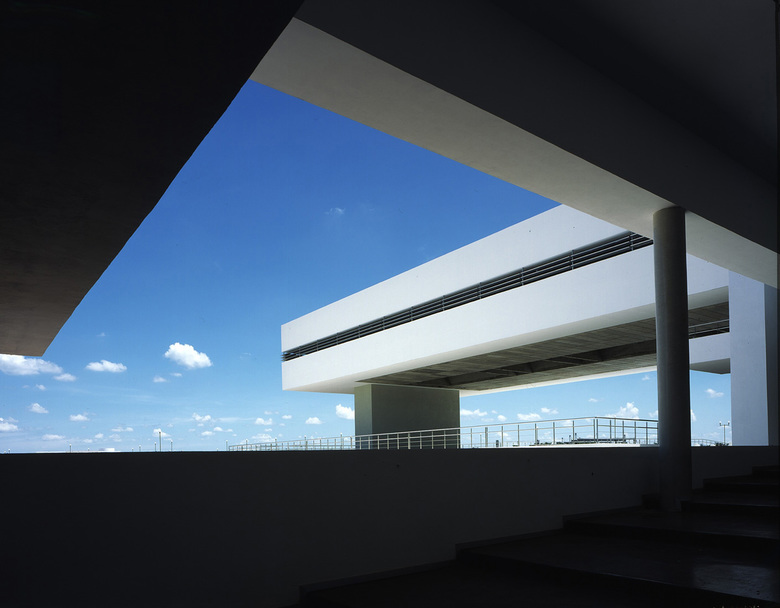 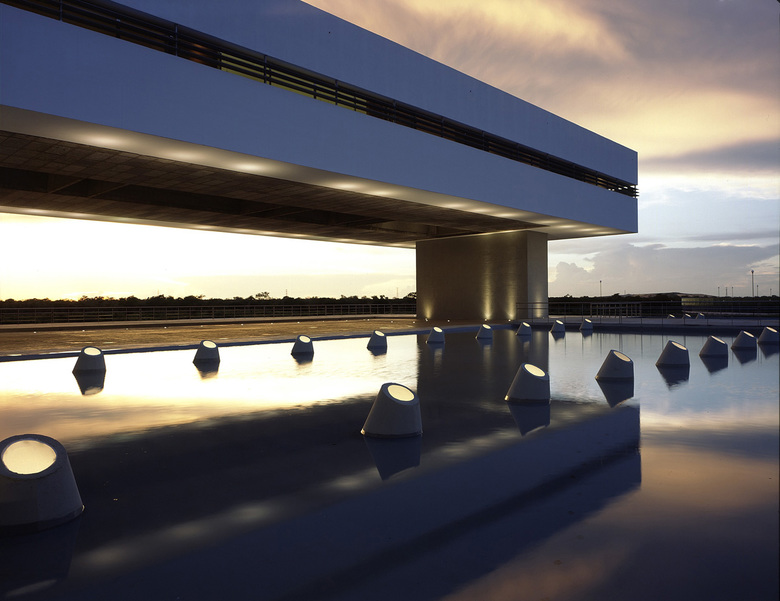 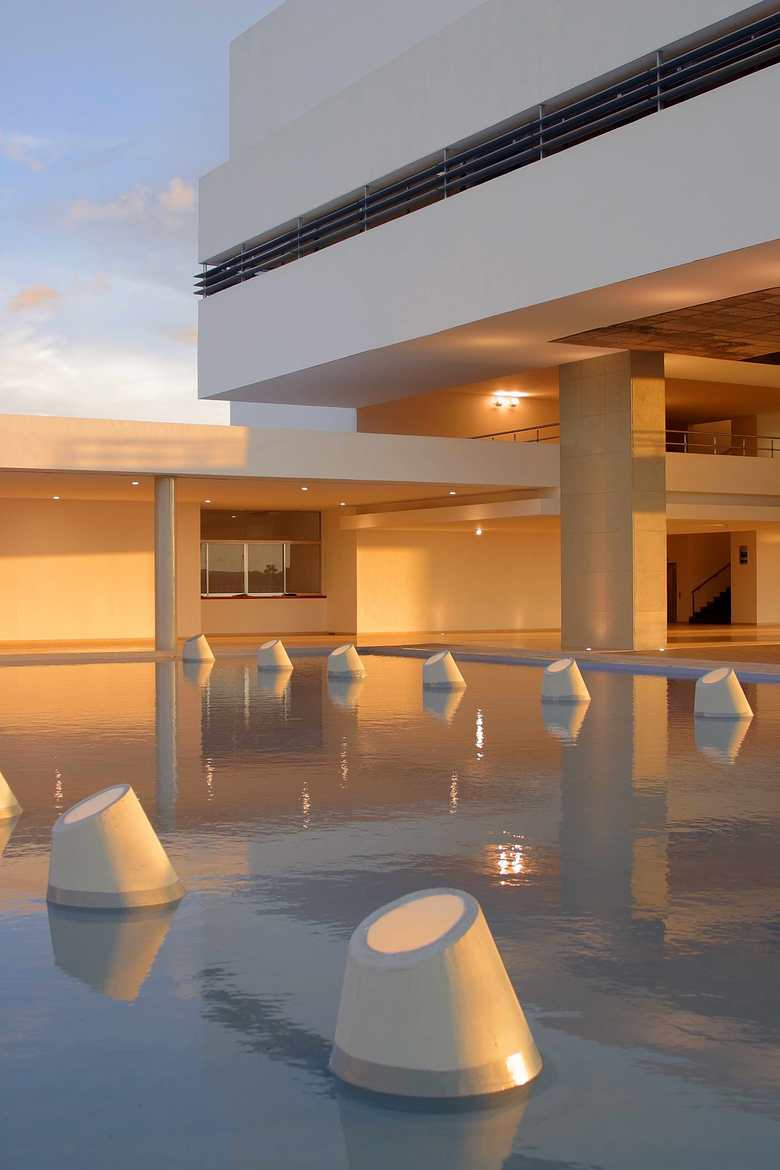 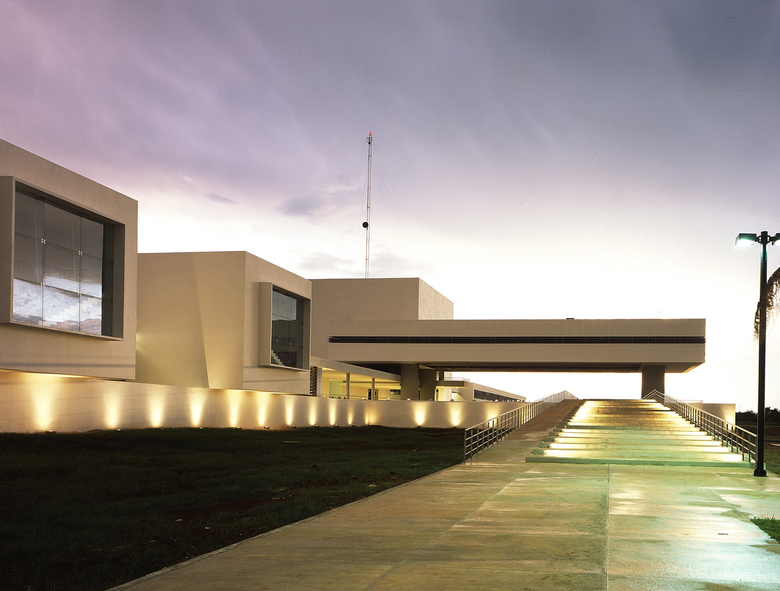 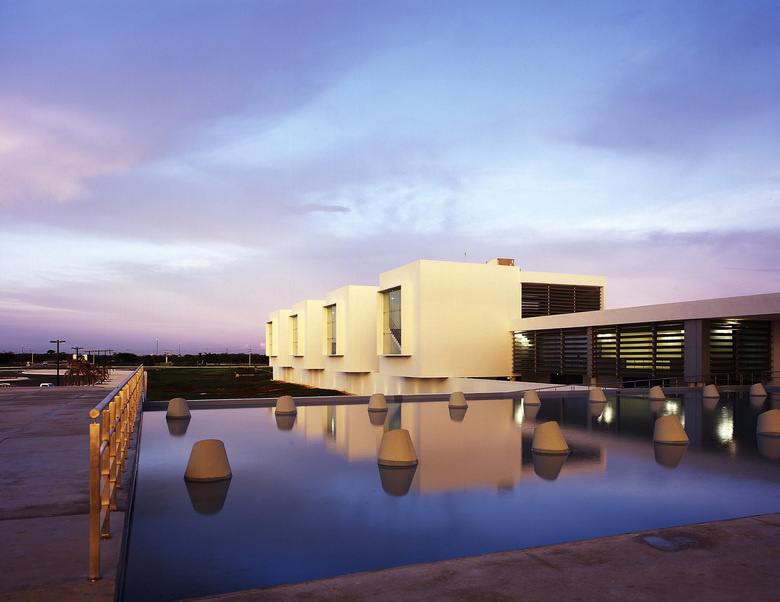 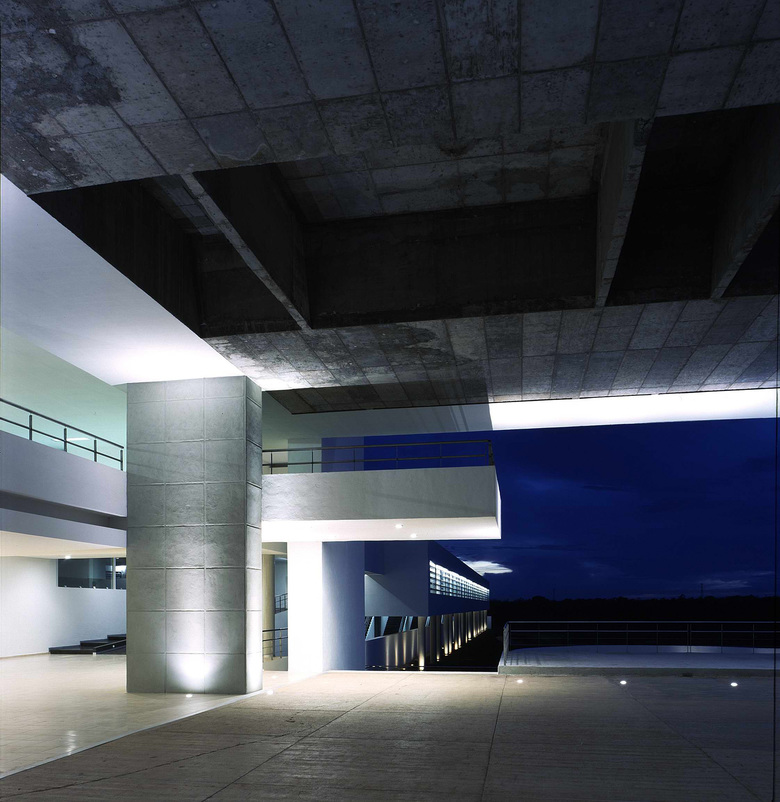 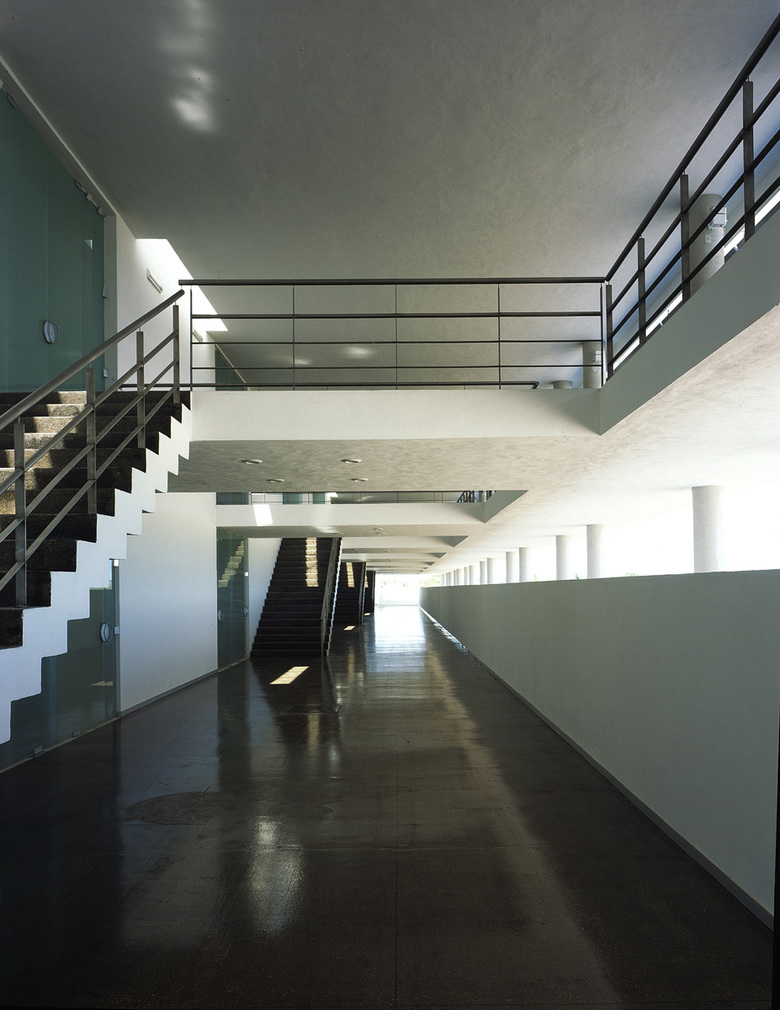 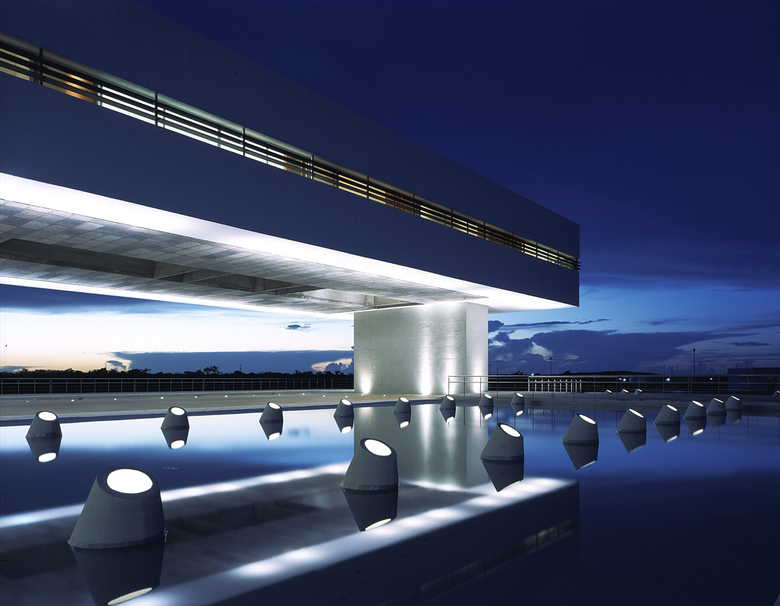 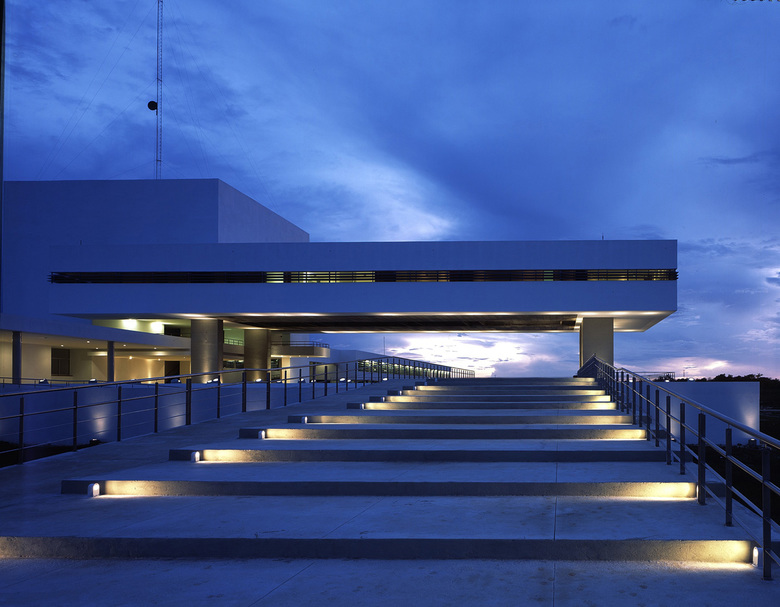 We consider that the central aspect of any building designated to seek justice is precisely that: To reflect justice. This goal is achieved by offering the necessary spaces for judicial officers and employees, as well as citizens in need of this essential public service, and giving all of them the feeling of tranquility, confidence and efficiency when they enter or leave the building.

Therefore, the big question was how to ensure that the building expresses -through its architecture- a concept so complex. The response was to propose a building that would reflect the correct operation of the constituent parties. With this goal in mind raises a reference point which we call "Wall of Justice". The other components of the architectural program will interact with the wall of justice based on their roles within the overall functioning of the justice system.

Without losing sight of the central objective, we divide the program into three main areas, clearly identifiable as components of the building.
a) The Public Minister
b) The Judicial Police Force
c) The Attorney General Services

The land designated for the project - located in the beltway of the city of Mérida- enabled us to propose a linear scheme configuration (east - west) that allows to capture the advantages of the north light and winds. This provides a proper climate for the functioning of the building.

To avoid walking long-distances, the main access was located in the middle of the complex. The Public Minister to the left is represented by a rhythmic sequence of volumetric boxes "settled" on an apparent concrete wall, the “wall of justice”.

This cubes - that seem to "float" on a large garden - accompany the user when it takes the access road that runs parallel to the building. Walking this path makes the user slowly adjust to the scale of building, relaxing any sense of aggressiveness or authoritarianism.

The entrance path finishes in a plaza roofed by a large slab where the office of the Attorney and general services are located, in the middle of the complex. This slab is joined with a tower that fulfills the role of "formal assembly" between the parts of the building, containing the circulations, administration services and computer science departments.

Lastly, to the right, the area of the Judicial Police Force is a floating slab over the "Wall of Justice", that without touching it, pretends to emphasize a protective gesture towards itself. One of our main concerns was to plan and build always seeking functionality and economy.

This kind of buildings - funded with public budget- should always avoid wastage and seek dignified working spaces that are respectful of the general interests of society.

That is why we chose to use the traditional constructive system and considered the materials those of high durability, low maintenance and austere appearance. Thus, the draft envisages the use of apparent concrete in all public areas and cinder block traditional in the region for other offices and departments.

Also, the circulations and waiting areas are ventilated and lighted naturally allowing the passage of wind and light and requiring no maintenance.

We intended to create a building that corresponds to its time and place, and is also friendly to the user. This all accomplished by a well defined geometry that incorporates the local nature to the interior spaces and by keeping the scale human, eliminating the sense of monumentality through the circulations.