Michel Rojkind was born in Mexico City, where he studied Architecture and Urban Planning at the Universidad Iberoamericana (1989-1994). After working on his own for several years, he teamed up with Isaac Broid and Miquel Adria to establish Adria+Broid+Rojkind (1998-2002).

With the idea of exploring new challenges that address contemporary society, of designing compelling experiences that go beyond mere functionality, and of connecting at a deeper level with the intricacies of each project, in 2002 he established an independent firm: rojkind arquitectos, recognized by Architectural Record in 2005 as one of the ten best “Design Vanguard” firms.

Recently Michel Rojkind has been short-listed to participate in several large-scale international projects, in countries including Mexico, Canada, Kuwait, China, Dubai, Singapore and Spain. In addition to being a regular contributor in several architectural and design publications in books, magazines, newspapers and websites from all over the world, he has served as guest editor in different architectural and art magazines.

Michel has held several visiting professorships at various universities, given lectures, and participated in exhibitions in many countries. He’s actually a jury member at WAN (World Architecture News), WAF (World Architecture Festival), and IAAC (Institute for Advanced Architecture of Catalonia) “The Self Sufficient City”.

Besides being a member of the “SCI-Arc Future Initiatives Network”, Rojkind was selected “Emerging Voices” New York, 2010. Part of his recent most representative lectures are “TEDx”, 2010, and “3rd Holcim Forum for Sustainable Construction”, 2010.

rojkind arquitectos has been selected to participate in several Honors and Awards, including nominations for the Ordos Prize, China (2009), twice for the Marcus Prize, U.S.A. (2009, 2007), and three times for the Iacov Chernikhov Prize, Russia (2010, 2008, 2006). In 2010 the firm was featured by ProMéxico Magazine as one of the “50 Mexican Names in the Global Creative Scene”.

In 2010 Michel Rojkind was listed by the Los Angeles Times among “Faces to Watch in 2010” and he was named one of the Country’s Treasured Architects by the Mexican Civil Registry. 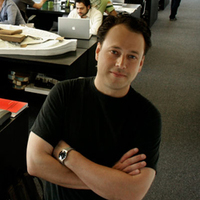 
His experience has been focused primarily on higher education projects in the United States, Middle East and Mexico.He has been a member of the US Green Building Council since 2002  and has been very active pursuing sustainability initiatives at a firm wide level.

He plays an important role in the strategic and design aspects of the firm. In 2008, he was named Young Architect of the Year by the American Institute of Architects’ Denver Chapter.

He has been invited to participate as a juror in several programs including the AIA Denver Honor Awards Program and has been an Active Member of the AIA Design Conference since 2005 which he currently co-chair's.