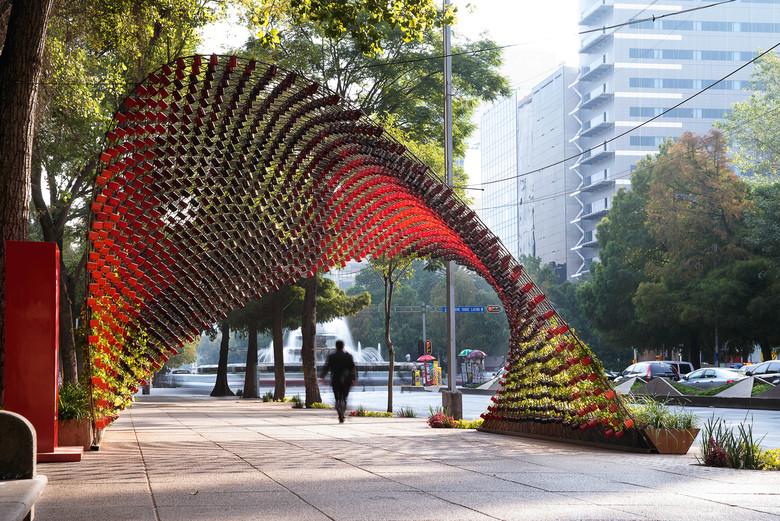 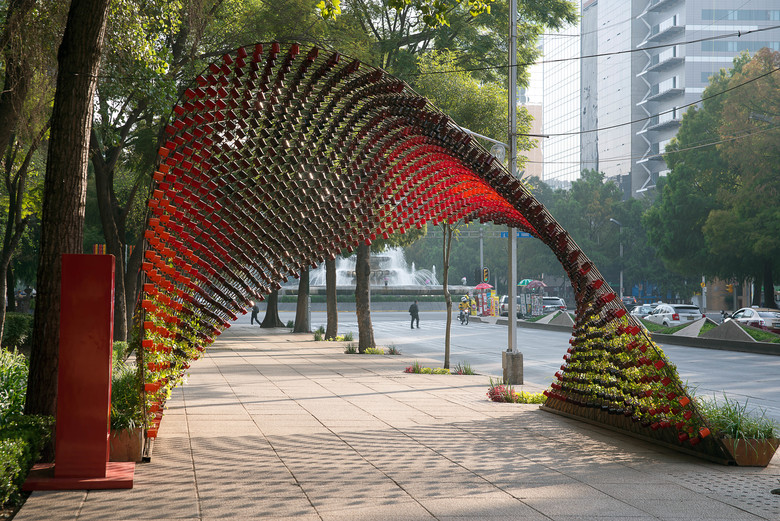 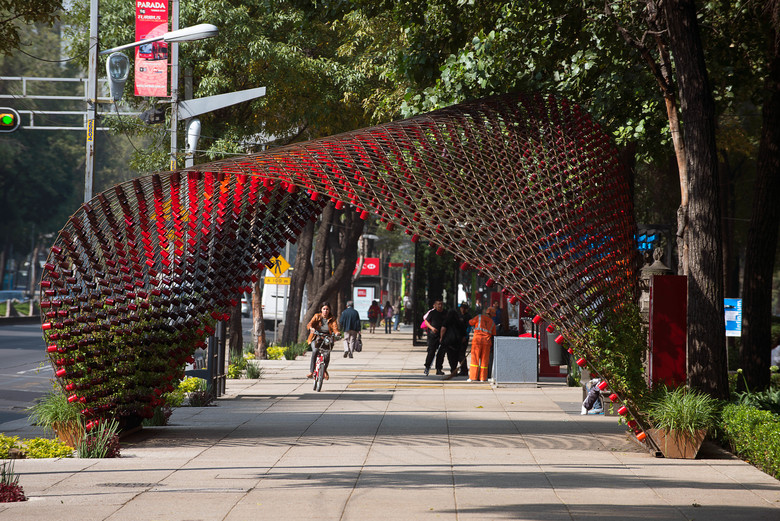 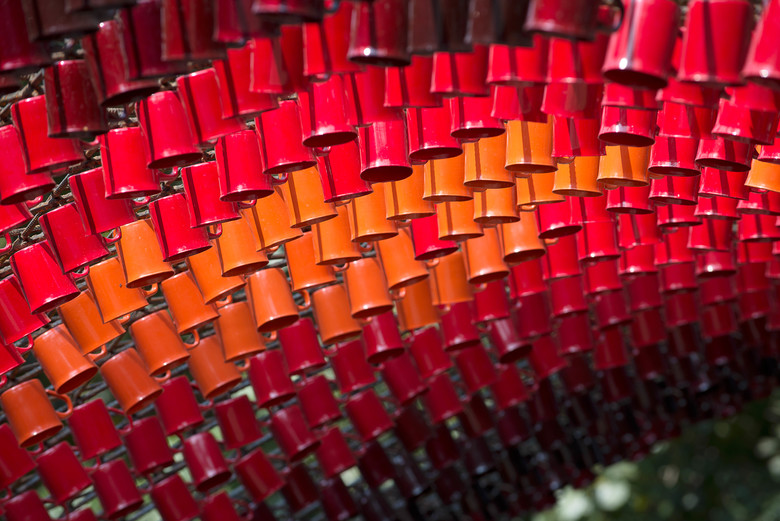 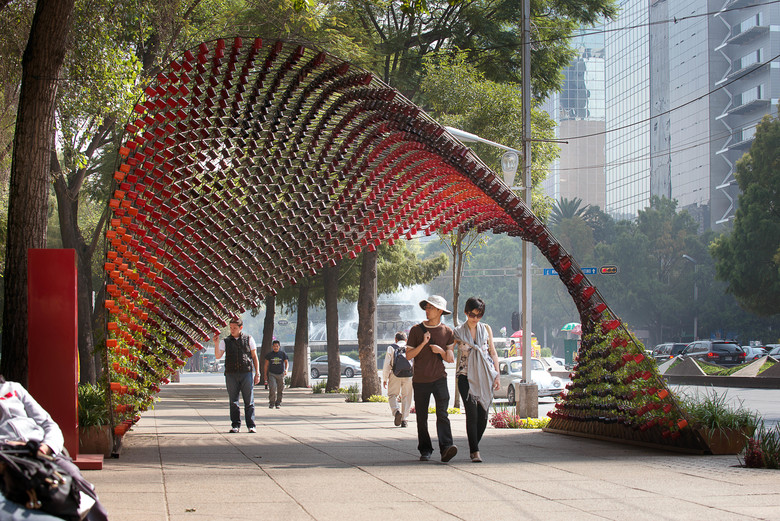 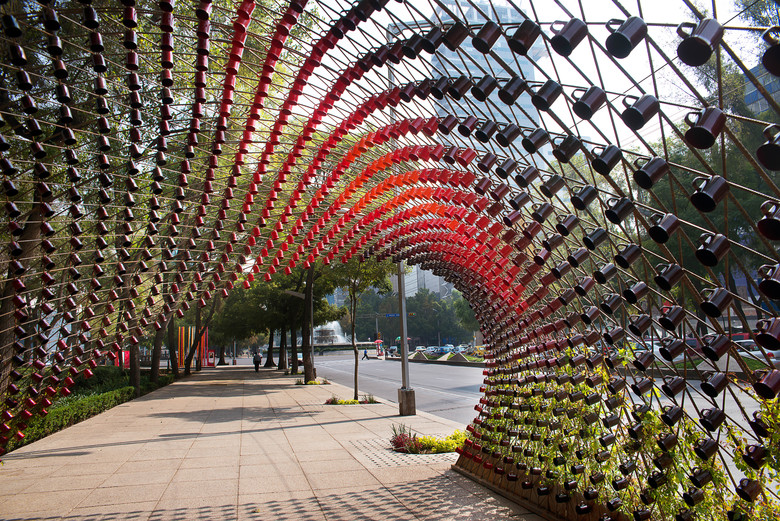 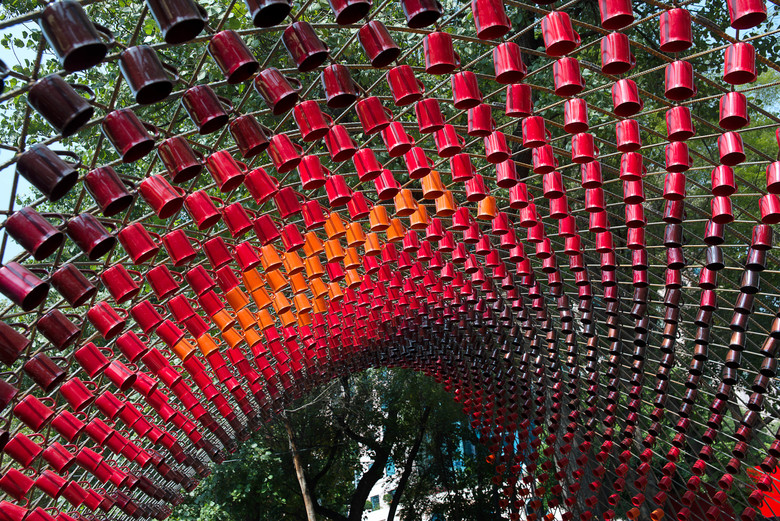 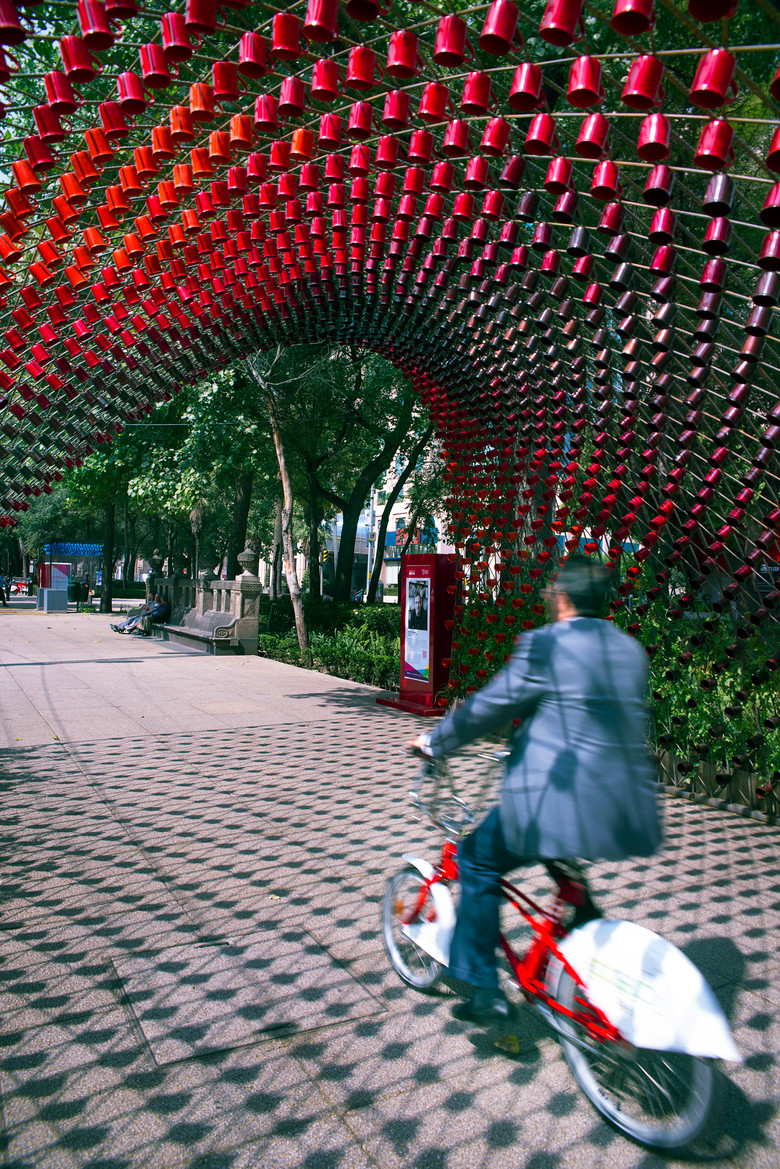 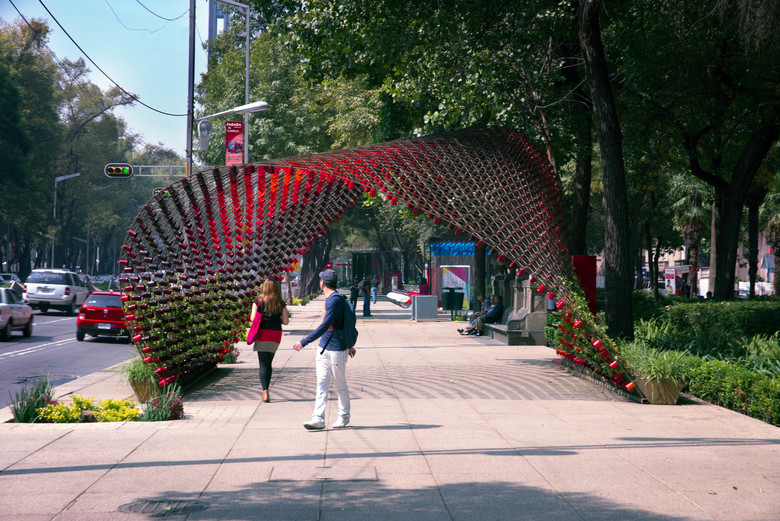 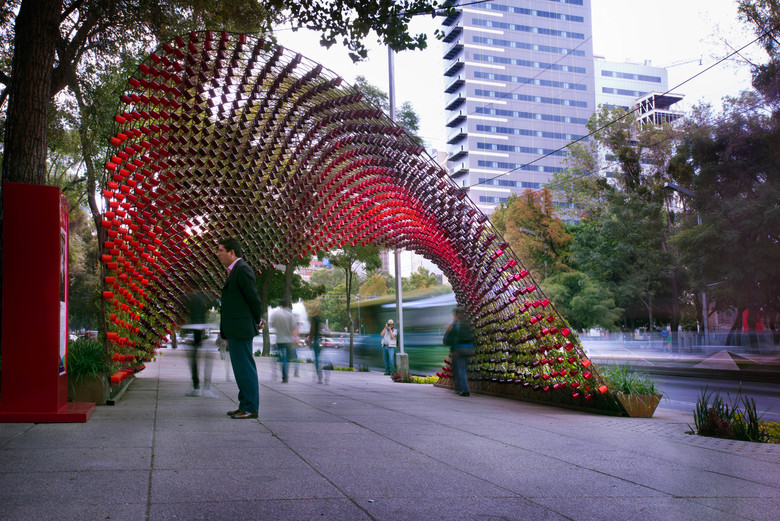 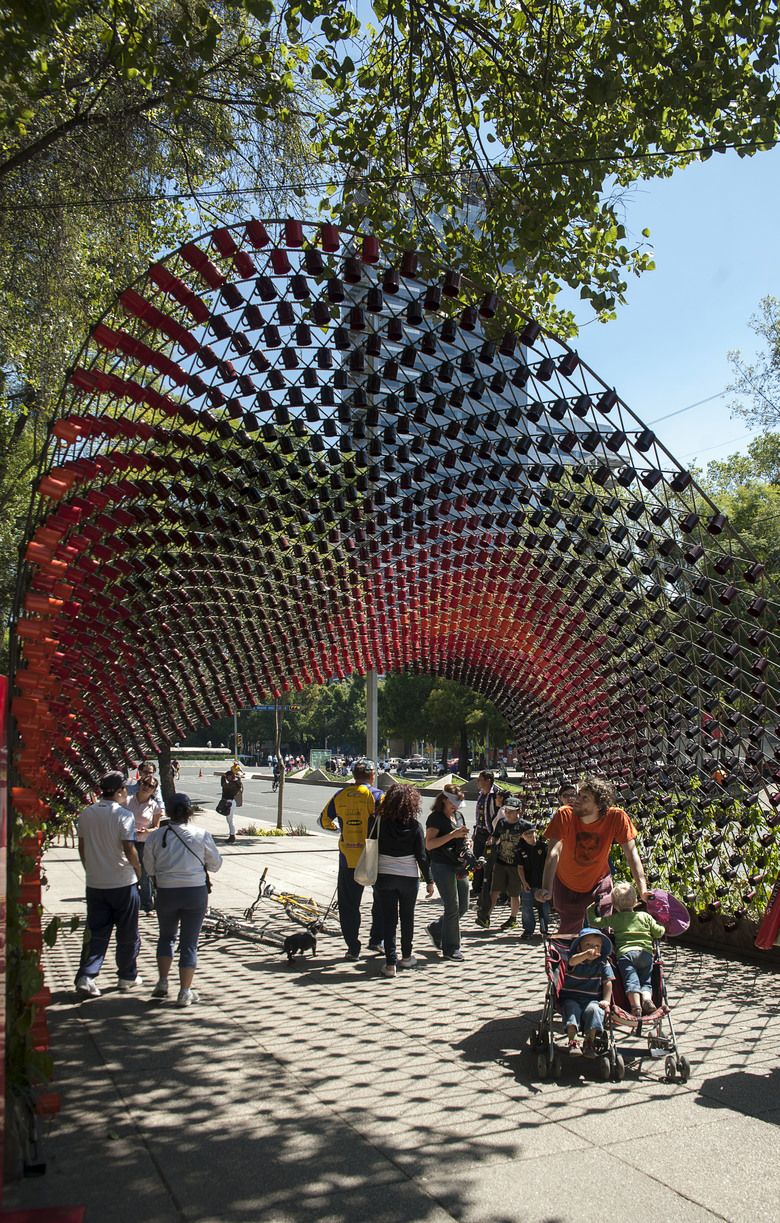 everyday stimuli of Mexico City. It combines a common every-day-life object, a mug, with

a basic common architectural construction material, steel rebar. The rebar, configured as a

mesh, is used as the primar y structure for the mugs, which are then mechanically attached to

it. The mesh is woven from 41 main arches, ranging in length from 10 to 12 meters, intercepted

by two additional layers of 56 diagonals each, creating 1497 nodes where the mugs reside.

The final shape of the portal, along with the different colors of the mugs selected, reinforce

the sense of movement in the piece, which plays a key role in the concept of the project. The

steel planters anchor the structure and allow for the vines to grow in between the rebar; in

time the outside of the structure will be covered in green foliage, while the inside will continue

to display the gradient of the mug’s chromatics. The play of the shadow’s patterns casted

on the sidewalk adds an extra layer that shifts throughout the day. This installation is intended

to be in place during the winter months of 2012, providing a space of expression and interaction

in the public realm.