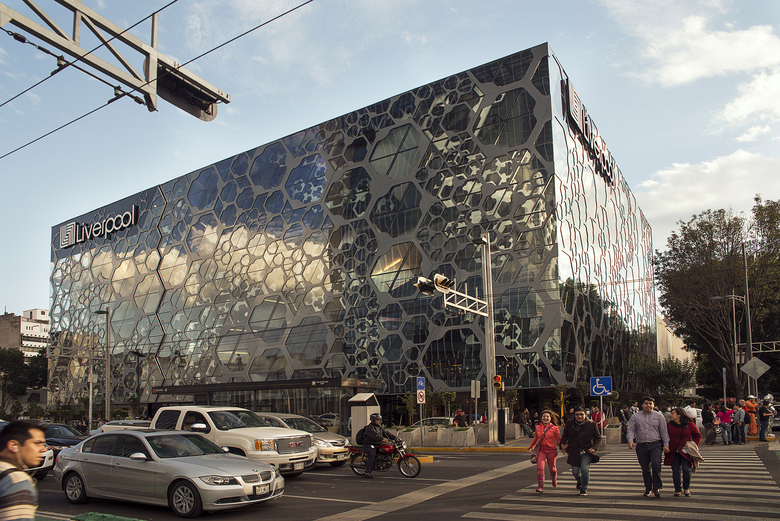 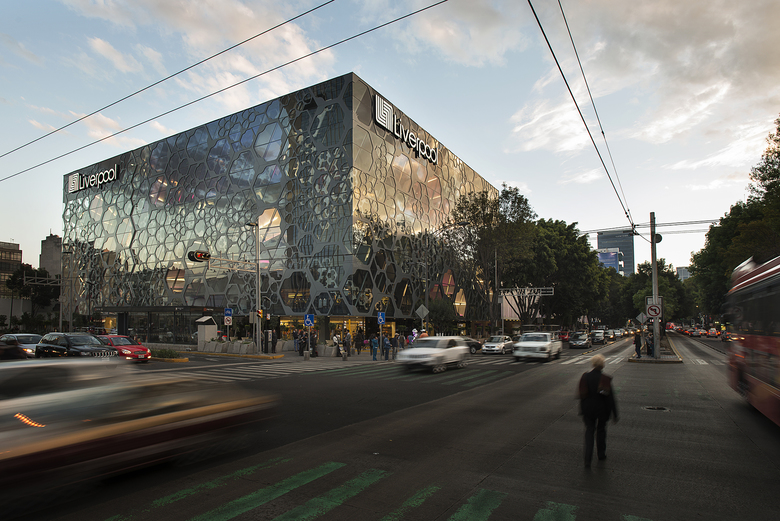 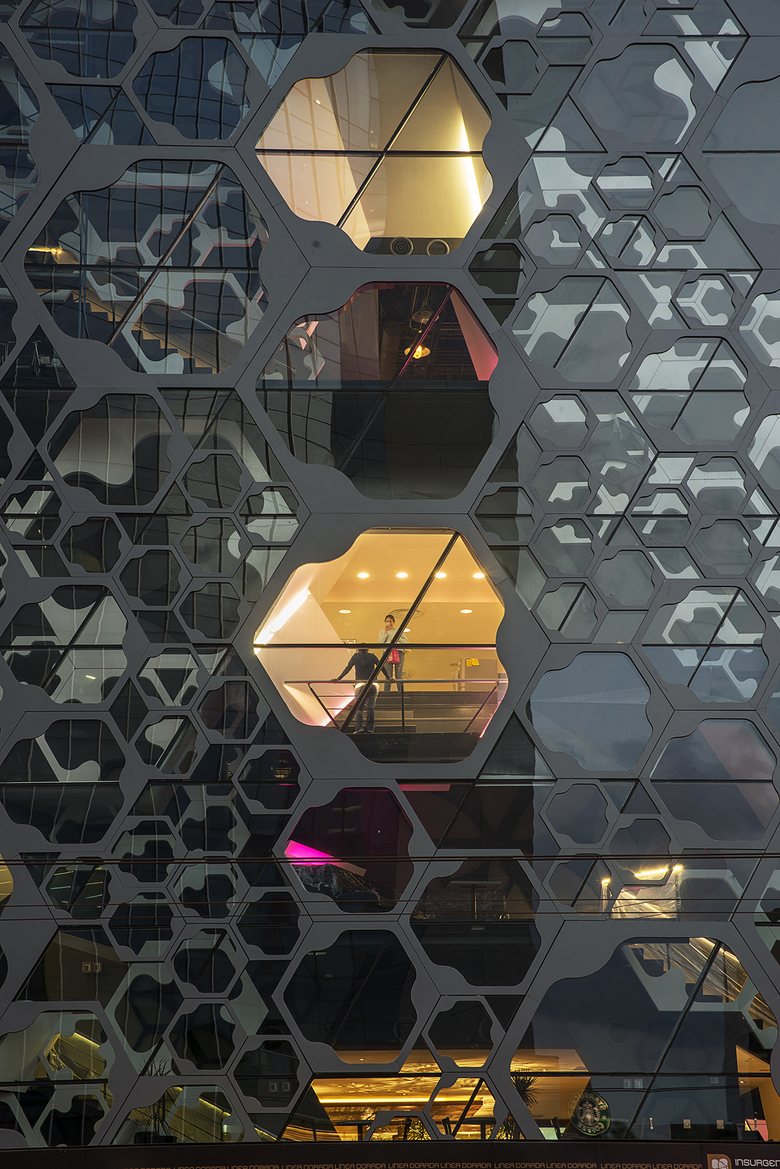 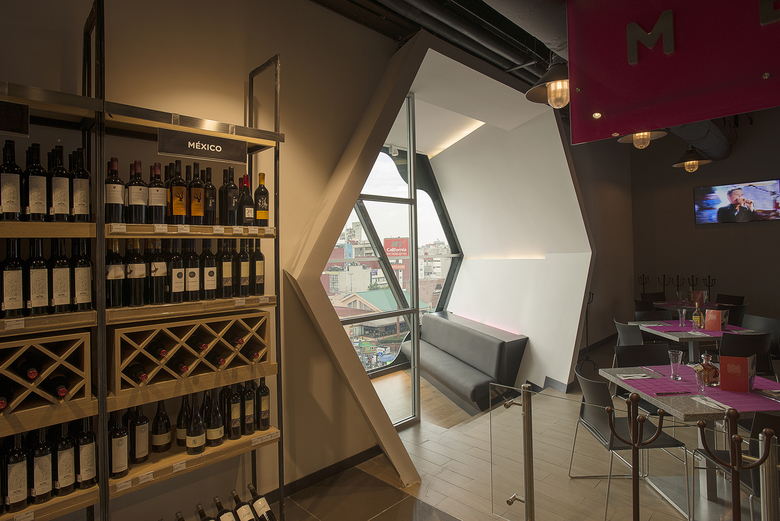 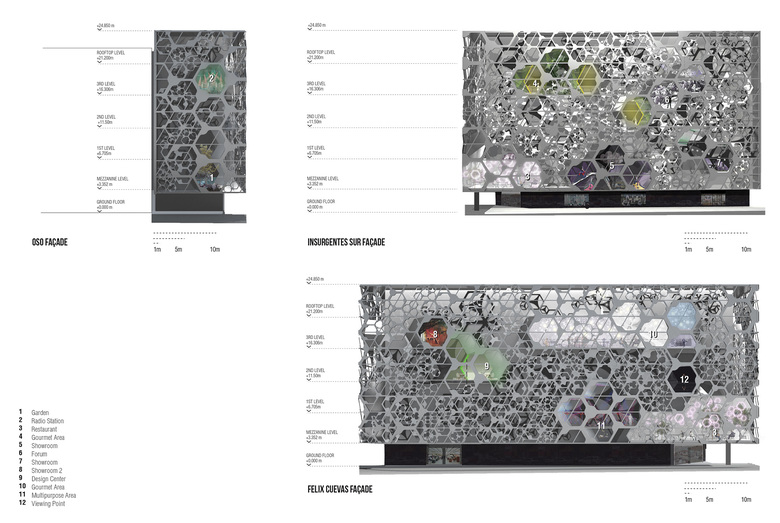 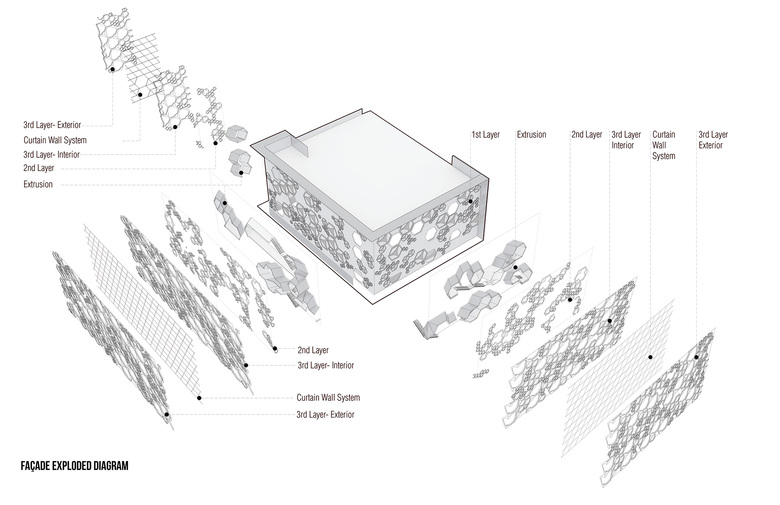 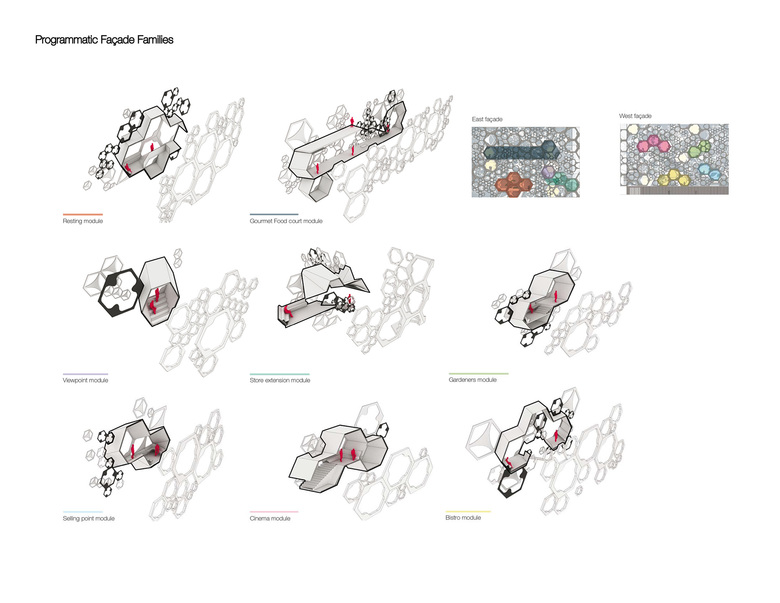 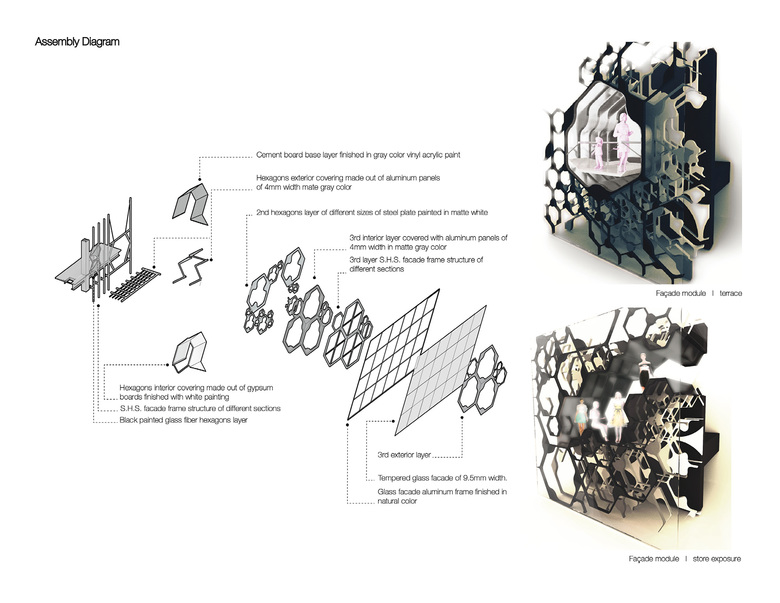 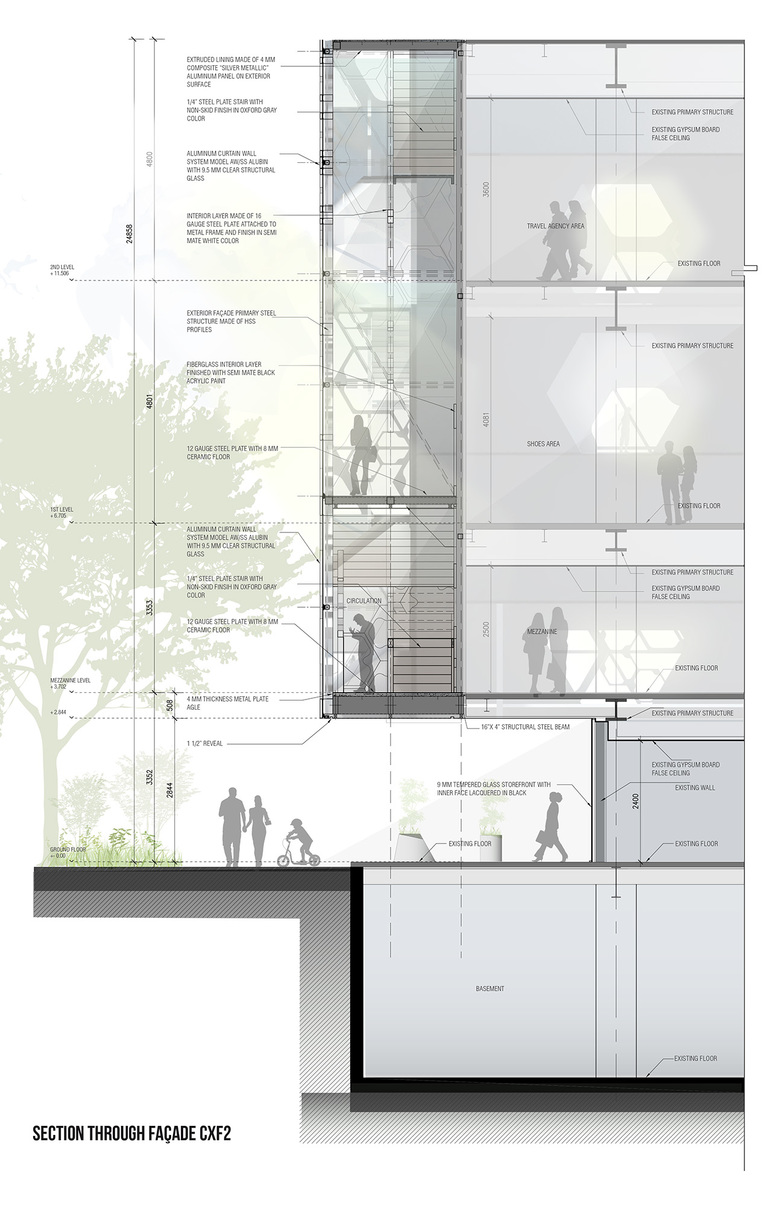 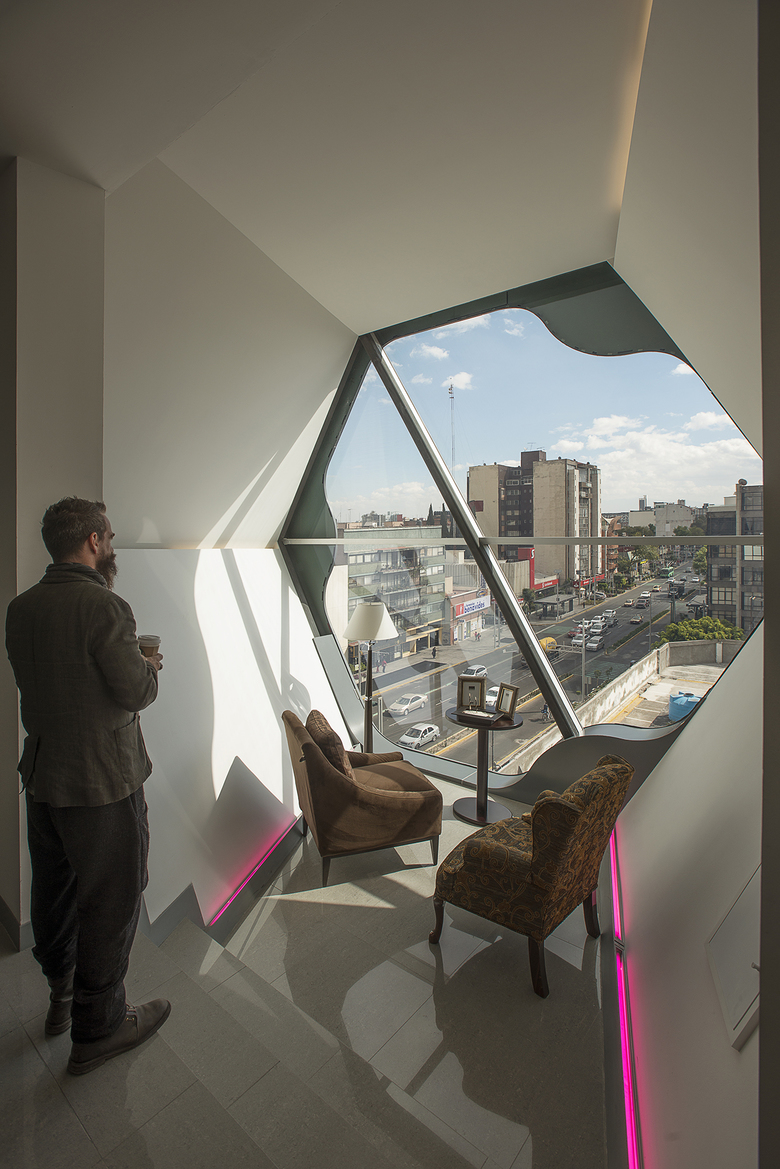 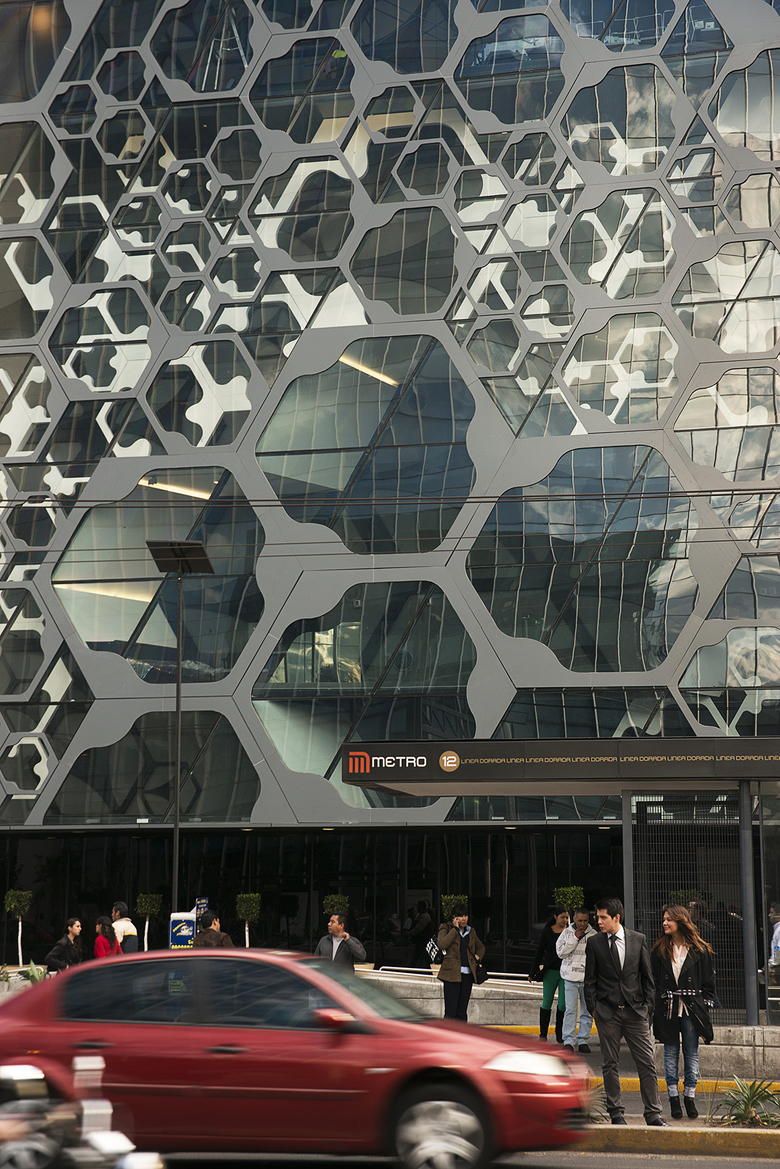 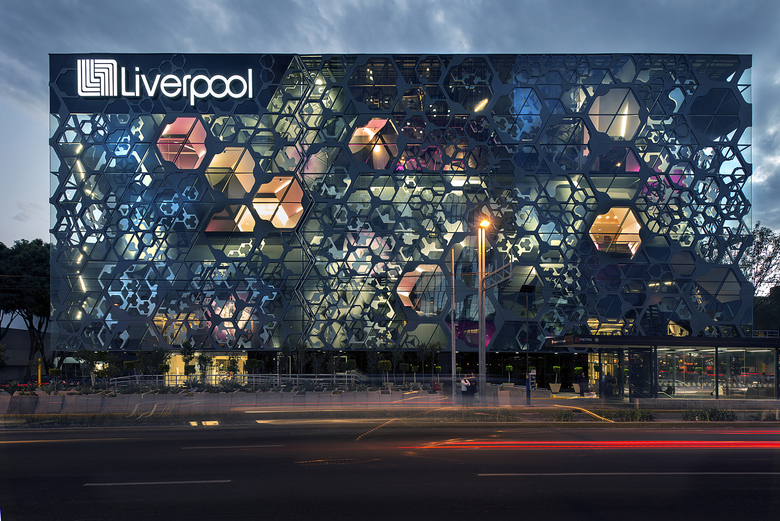 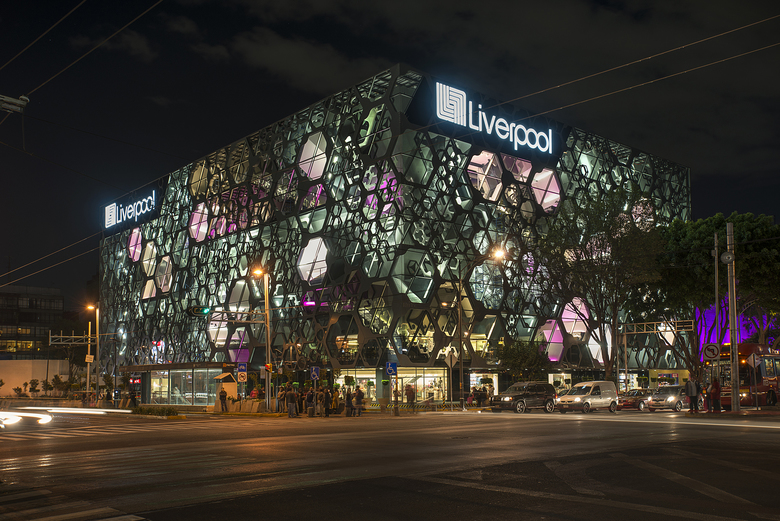 With the opening of a new subway line station at the corner of the site, and its subsequent increase in pedestrian traffic and transport transfer activity, it became apparent that the typical closed retail “big box” model had to be questioned and a new identity given to the existing store’s façade to achieve a more dynamic urban presence and promote the brand.

We proposed to give the box a permeable an animated envelope where inside activity can be showcased and interact with urban activity. A “deep wall” system where new programmatic options can be explored blurring the line between inside and outside and giving the user and passer by a more interactive experience.

A variety of temporary programs and/or displays can be housed within the porous habitable façade that becomes a mediator between the busy surrounding urban condition and the department store’s traditionally programmed interiors.

The resulting spaces are accessible from the interior through large openings that reveal the inside of the store to the passer by and viceversa and are connected between them through stairs and ramps allowing the dweller to navigate within the façade.

To maintain attainability this project took full advantage of Mexico’s skilled craftsmen and rich tradition in metal work to overcome the unique challenge in fabrication and budget constraints. The result of this “digital design / local fabrication” model is unique in its high-tech but crafted qualities.