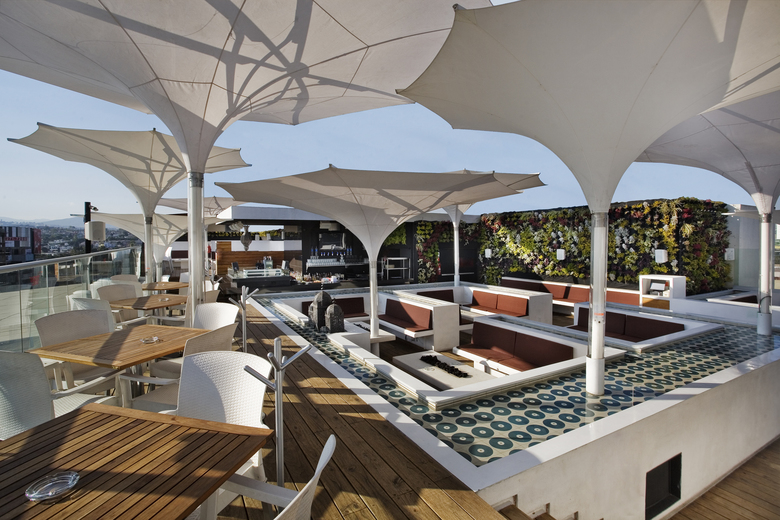 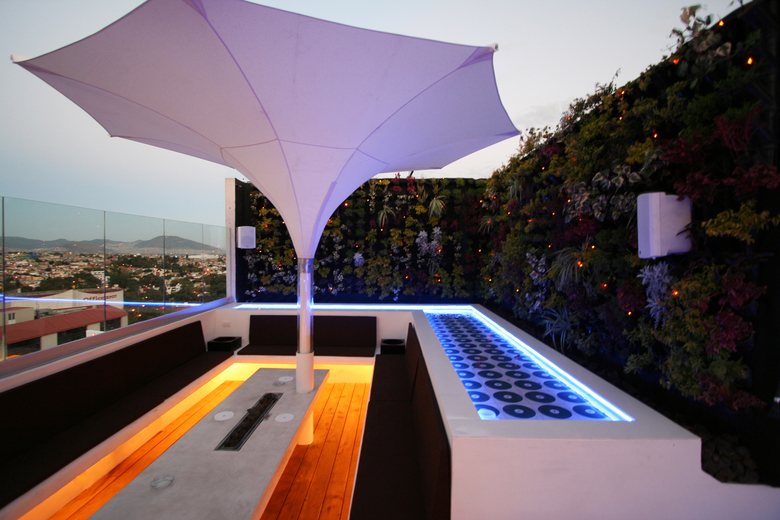 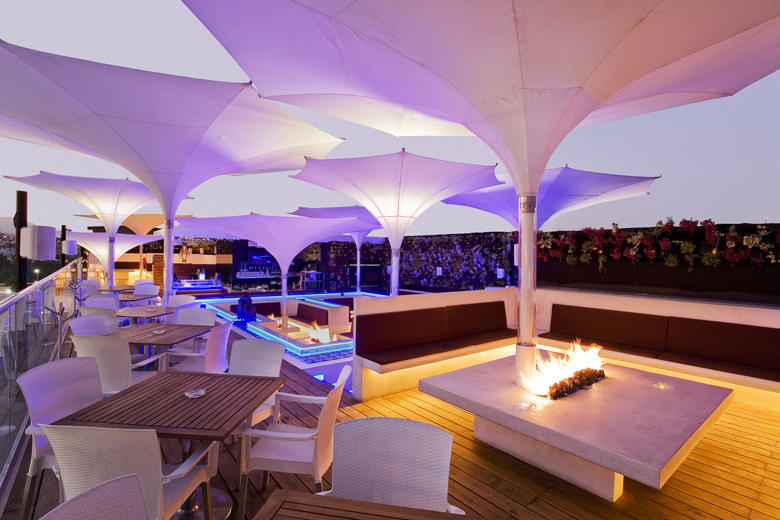 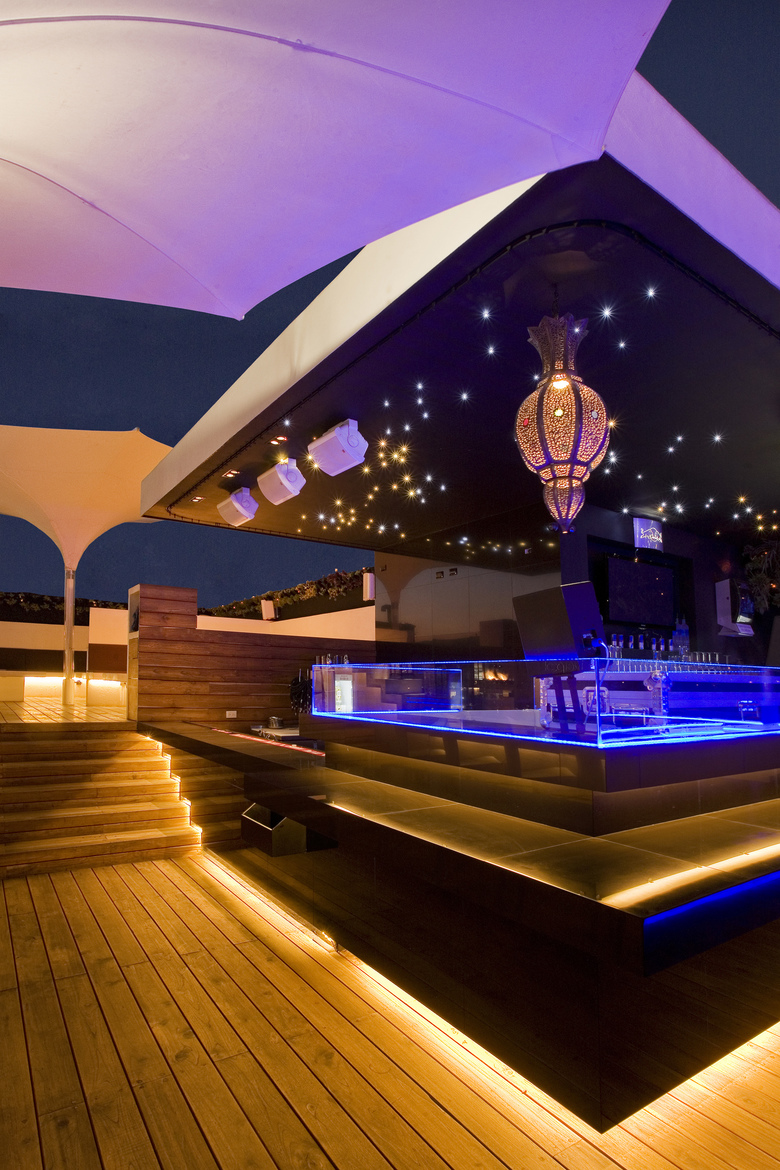 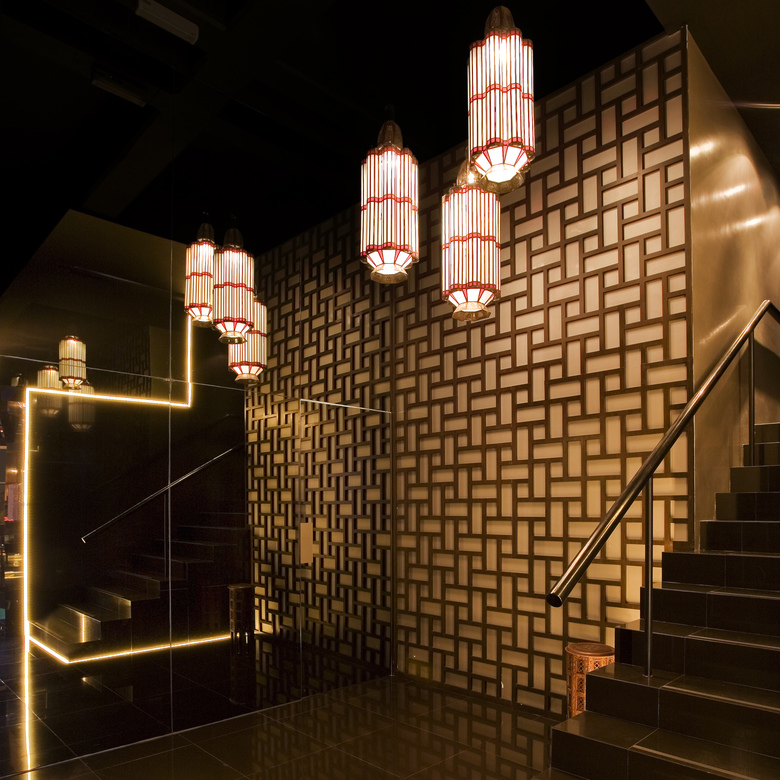 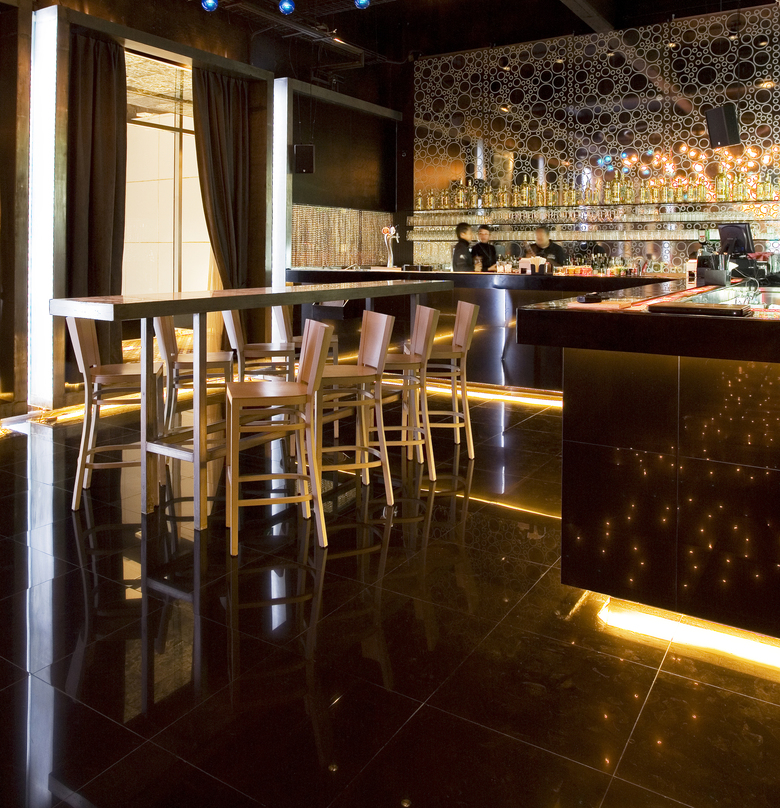 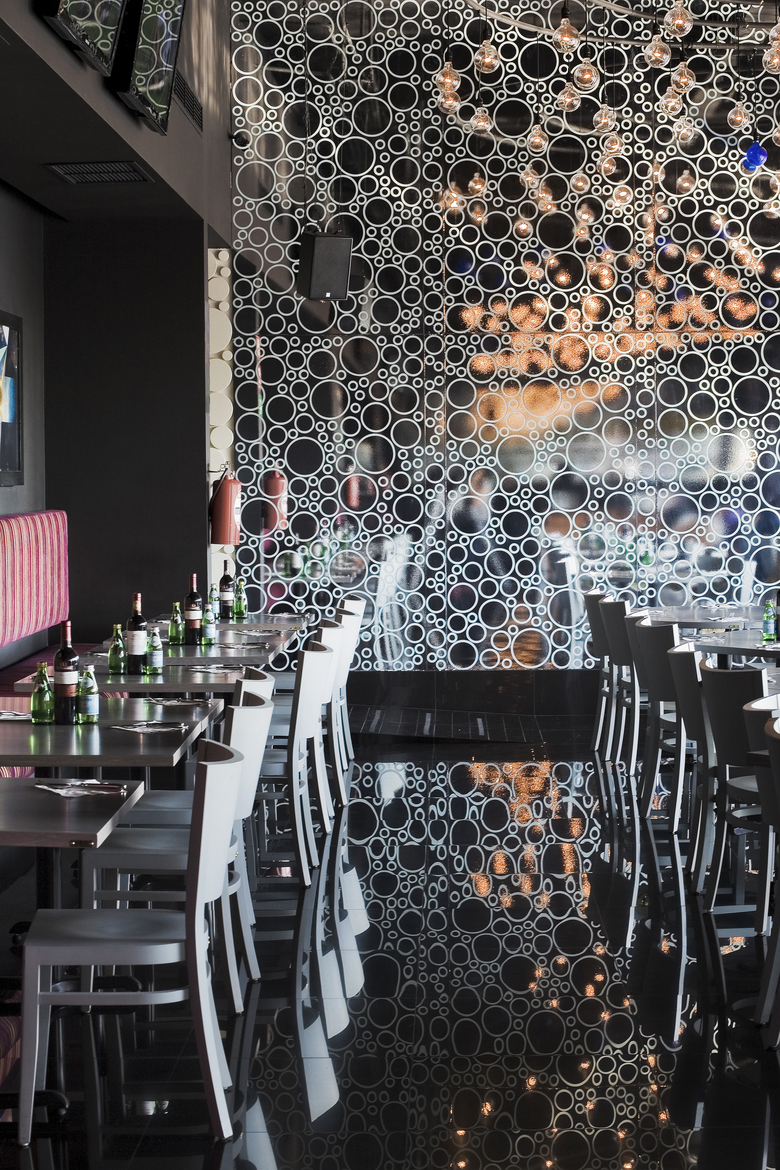 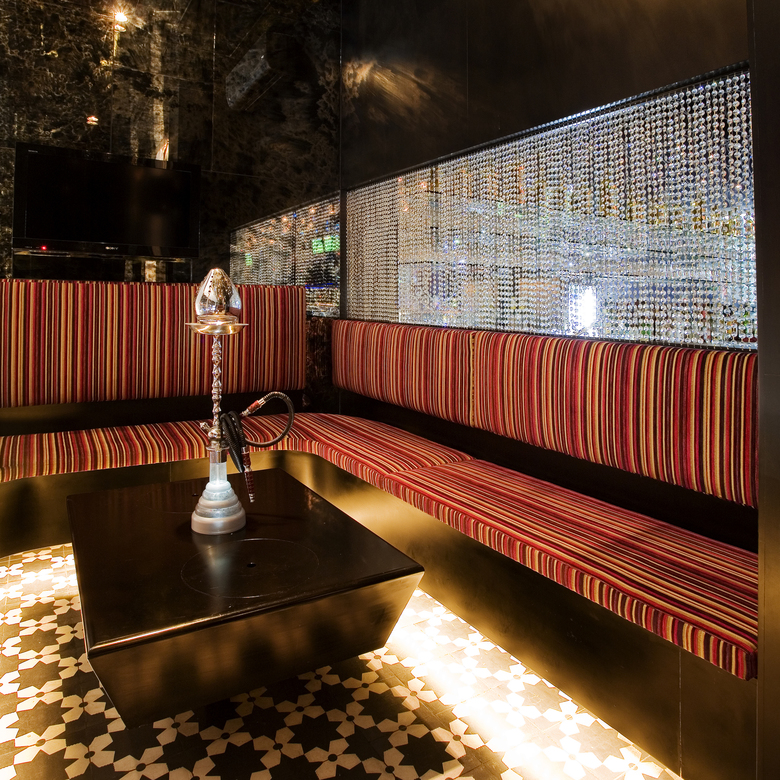 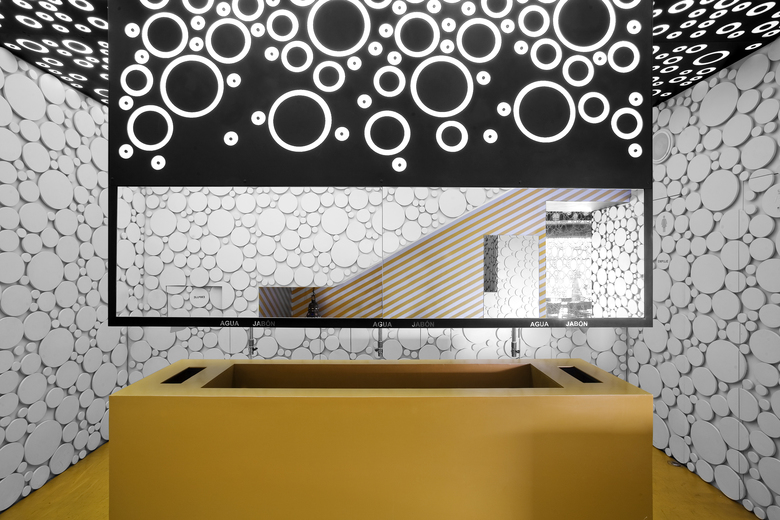 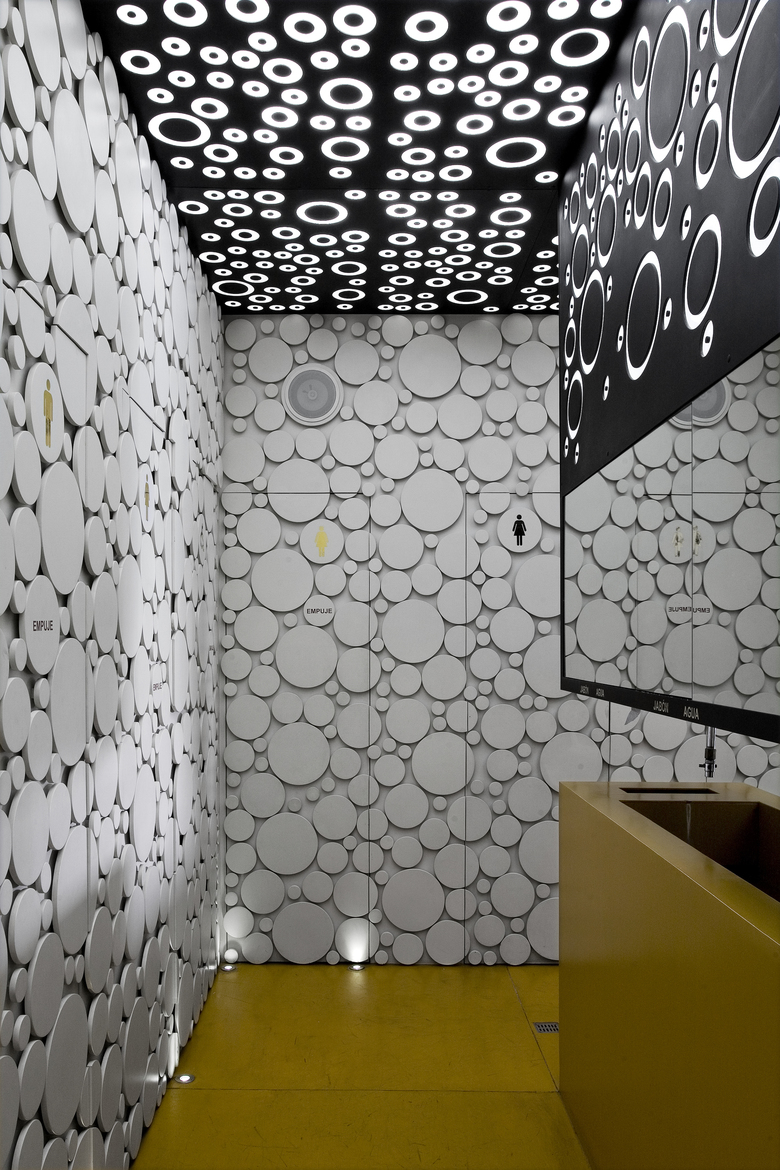 Ciudad Satélite, as its name indicates, was conceived by Mario Pani as a satellite city of Mexico City in 1954. The main highway connecting these two cities, the Periférico, used to be flanked by the countryside and a large urban sculpture by Mathias Goeritz and Luis Barragán marked its entrance. It was not long before the urban growth of Mexico City reached Ciudad Satélite, swallowed it and continued its ravaging path. The Periférico soon became an unsufficient connecting route and huge traffic problems made this area very hard to access.

People living in Satélite have always been considered outsiders. This complex makes them invade the city center’s restaurants, shops, bars and nightclubs in a frustrated need to experience a sense of belonging. This realization made the owners of a very chic and successful restaurant and nightclub consider opening a branch of their business in this part of the city. Their reasoning was: “Why not take a piece of the coolness the people in Satélite so desperately seek to their home turf?” The design premise behind the Hookah Lounge is a fusion of a traditional Arabic style with a contemporary look.

A competition for their new venue was organized and we were invited to participate. The competition brief specified that the interiors had to be conceived in a Modern Arabic Style. We had never gone into an interior design project with a predetermined style in mind. The problem with style is that it focuses on the visual recognition of a repetitive perceptible pattern. Innovation is restricted to the reinterpretation of a limited number of variables and architecture is reduced to an aesthetic judgment. Unfortunately, in Mexico architecture has been dominated for decades by a search for a true “Mexican Contemporary Style”. But this problem doesn’t seem to apply only to Mexico: contemporary international architecture seems to be monopolized by the overarching pursuit of a unique and unprecedented style.

Curiously enough, and to our real surprise, we won the competition! In the process of developing the construction plans, an acquaintance of our clients convinced them that the style of their new restaurant would not work in Satélite. He argued that this part of the city had always been dominated by a more 70’s disco feel. Our clients requested we make these changes. We were quite confused by the outcome but they really loved it. A month before starting construction we were asked to fuse the two styles because they felt the essence of their brand had been diluted and become unrecognizable. Again we agreed. Why shouldn’t we? When architecture is reduced to an aesthetic judgment, all subjective arguments are valid.