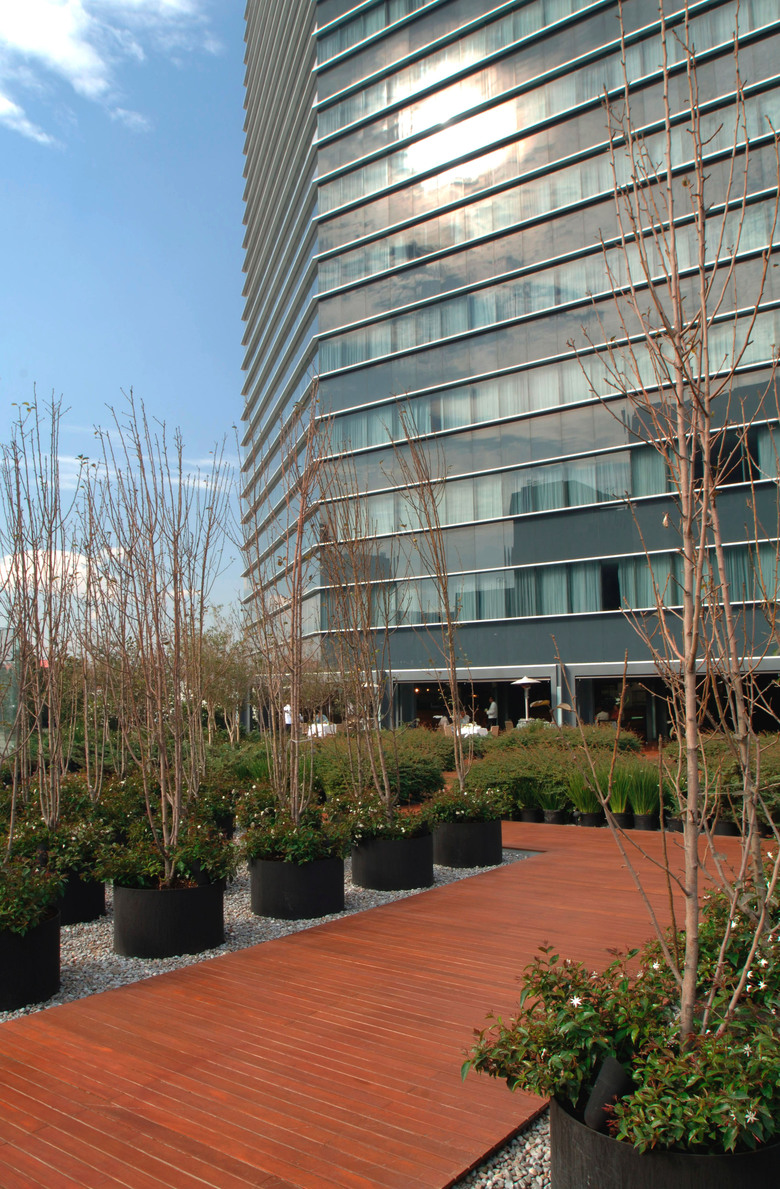 On the site where for decades stood the Hotel del Prado- which suffered damages during the1985 earthquake and was later demolished- the construction of an office building was planned. Later, given market conditions at the time, it was decided to build a modern design hotel that integrated the latest technologies and would have the possibility of adapting to new developments in coming years.

The idea was to break intentionally with its surrounding context and the image of its neighboring buildings, but that would, at the same time, manage to bring back the atmosphere and the commercial, cultural and social activities of Mexico´s 50´s, where hotels were considered socio-cultural gathering centers, such as the Hotel del Prado used to be.

In order to extend the business traveler´s stay over the weekend, a Fitness Center & Spa, and 3,000 sqf garden were included. This gardened area match in a certain way with the original design of the old Alameda, but with a more contemporary landscape design; it overlooks the Alameda Park, sourrounds the cafeteria, the lap pool and paddle tennis court. The Spa services include massage and beauty treatment salons, a gym, an indoor swimming pool and social events open area. All areas are decked in teak wood and they are secluded from the main street but at the same time they participate of the urban context.