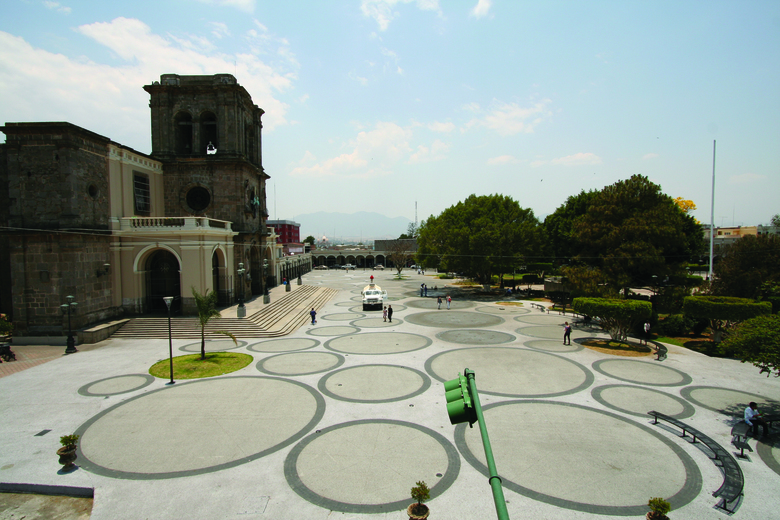 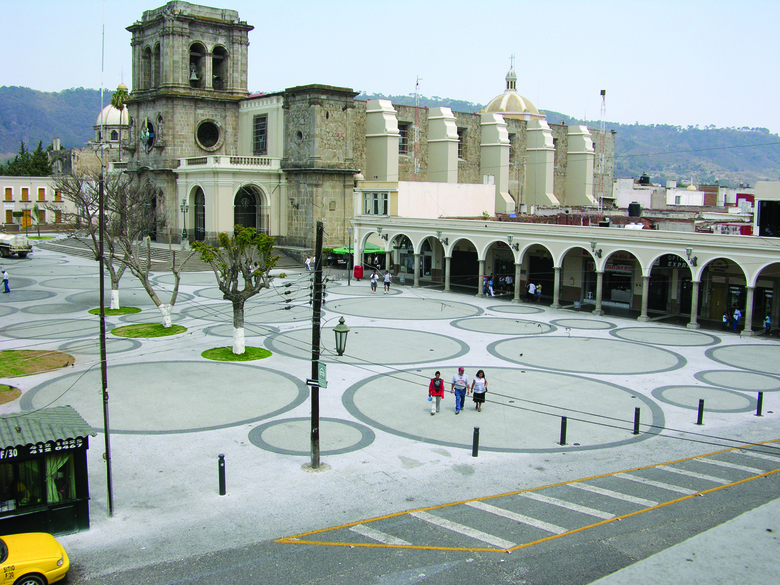 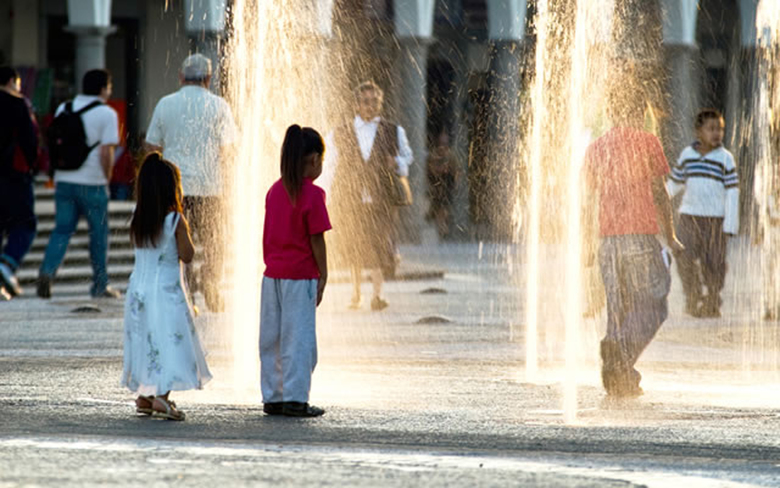 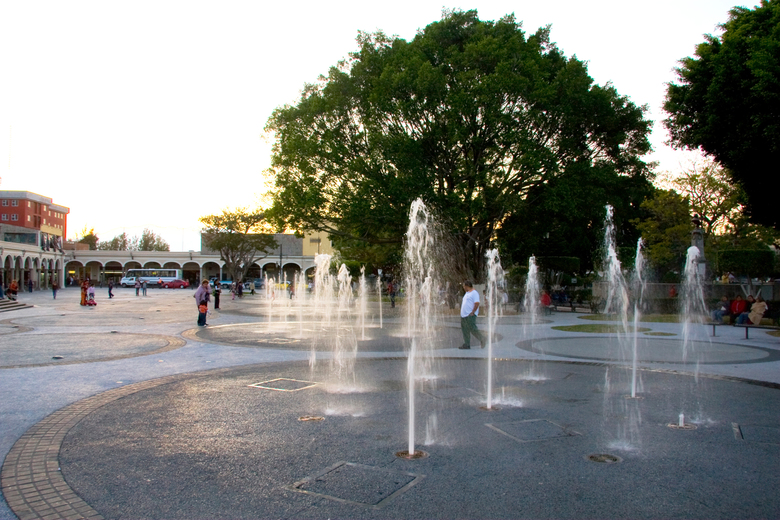 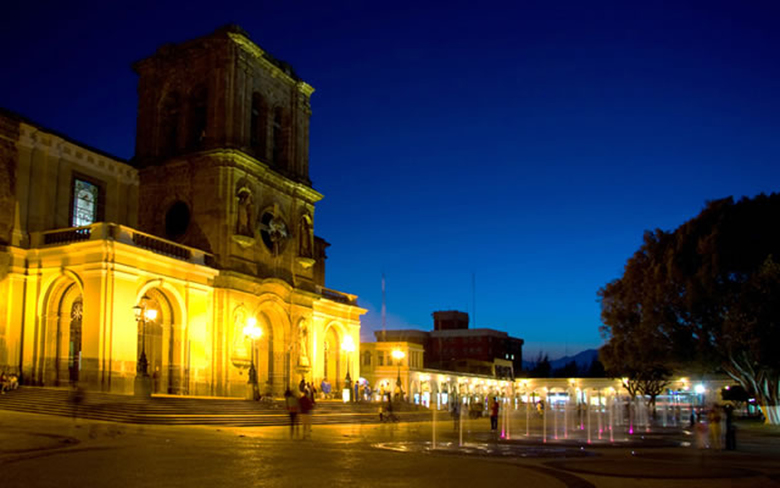 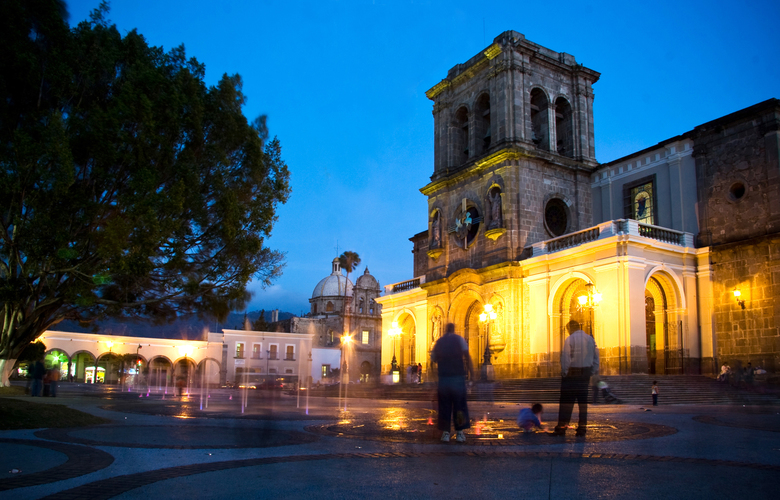 Guzman’s cathedral was constructed in the mid-20th century and lost one of its towers in the earthquake of 1985. Almost all cathedrals in colonial cities in México have an esplanade in front for social and religious occasions. In Guzman a street crosses right in front of it so our project intended to recover this public space of social interaction.

Given the hot climate and the lack of shade, fountains were embedded in the pavement to refresh during the day and to be a spectacle at night. The design for the pavement was an abstract interpretation of the concentric circles formed on puddles by raindrops.

The local goverment selected this plaza as the first construction phase of the Guzman City masterplan.

They planned to finish it before their term ended as a farewell gift to the city and the culmination of their multiple accomplishments. The construction was finish two monts before they left office and the project was received with heated controversy: the young and open-minded favored it while the more conservative saw it as an aberration and a personal threat.

The opposing party won the elections and, as in common in almost all goverments, would not give continuity to the next phases of the masterplan.

An article in the local newspaper supported by a public survey evaluated The Fountain Plaza as one of the worst projects realized in the term of the past administration. After six monts of use, the plaza, the plaza proved its virtues and is now cherished by the locals. The city gained a new public space. The Fountain Plaza was also awarded “Best urban project” in the Biennal of Mexican Architecture 2010.