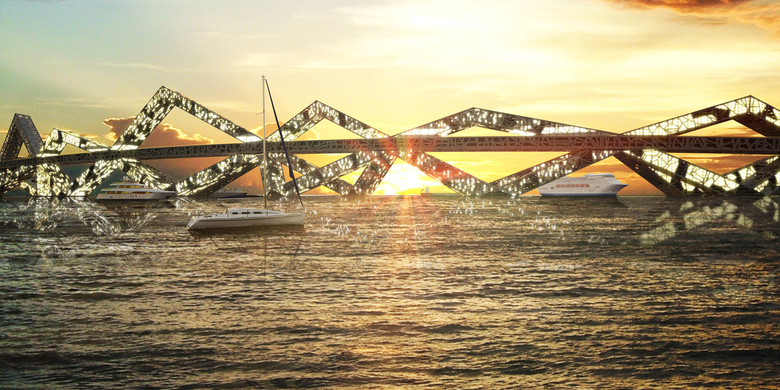 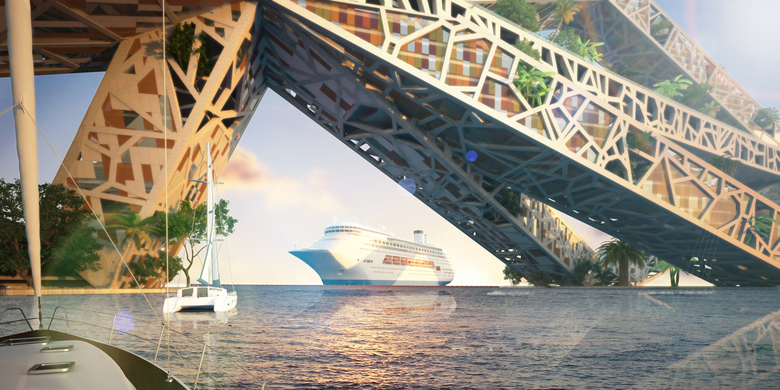 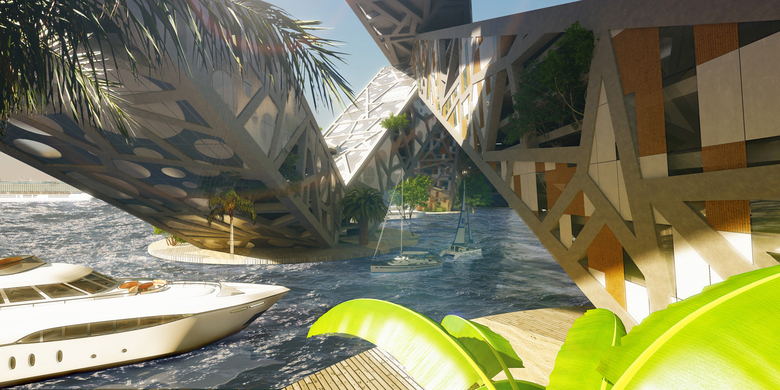 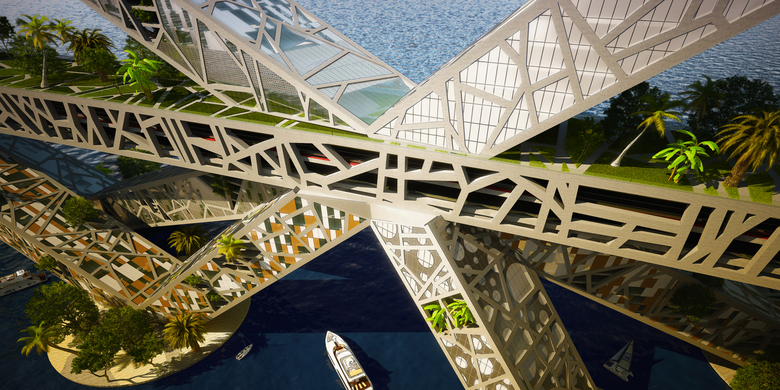 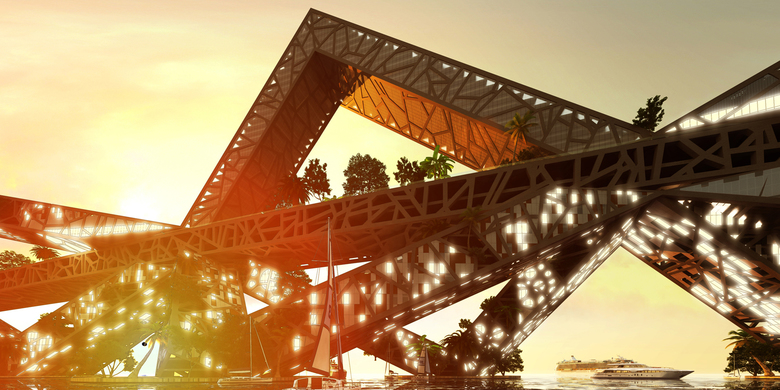 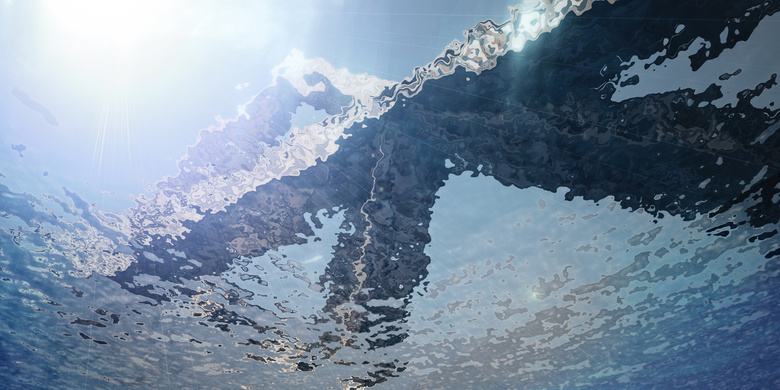 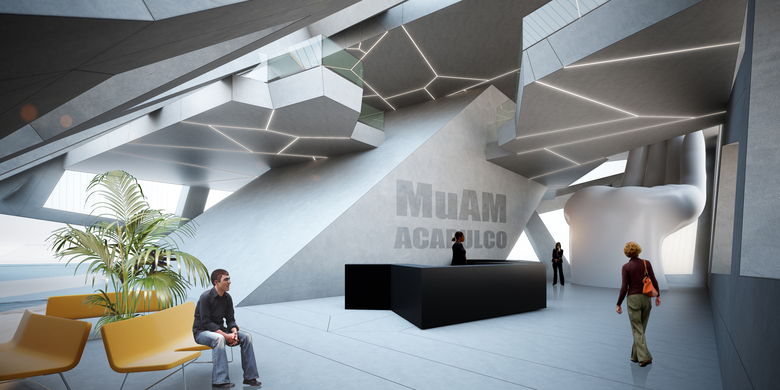 Can architecture salvage the broken link of a city that has been fractured and is forever growing apart?

Can it make it regain its lost glamour and reposition it on the world map where it once stood as focal point but has been fading ever since?

The first settlements in Acapulco were established on the northern side of the bay on what is now considered the “Old Town” or “Old Acapulco”. The decision to construct the international airport on the middle of the strip between the “Tres Palos” lagoon and the ocean has encouraged the city to expand ever-further south. The urban growth past the Puerto Marques Bay has been named the New Acapulco or Acapulco Diamante and is comprised of luxurious high-rise tower apartments on the beach front. The tall mountains divide the city in two and the main connecting routes, the coastal avenue around the bay and the scenic highway, have soon become overloaded, engendering huge traffic problems and literally mutating into linear parking lots.

The municipal government does not have the resources to build a three-kilometer bridge and never will. By transforming its supporting structure into habitable spaces, private equity can be invited for its construction. This way, developers can acquire and sell on prime seafront real estate and the city solves one of its chief problems. Architecture as a city problem solver.

The project was presented to the local authorities for its approval. Due to the scale, the titanic investment required for its construction and their shortage of vision, it was discarded as a utopian unviable solution. Although they did mention that if we could get investors interested in the project they might consider its viability. So far our presentations have been received with enthusiasm.