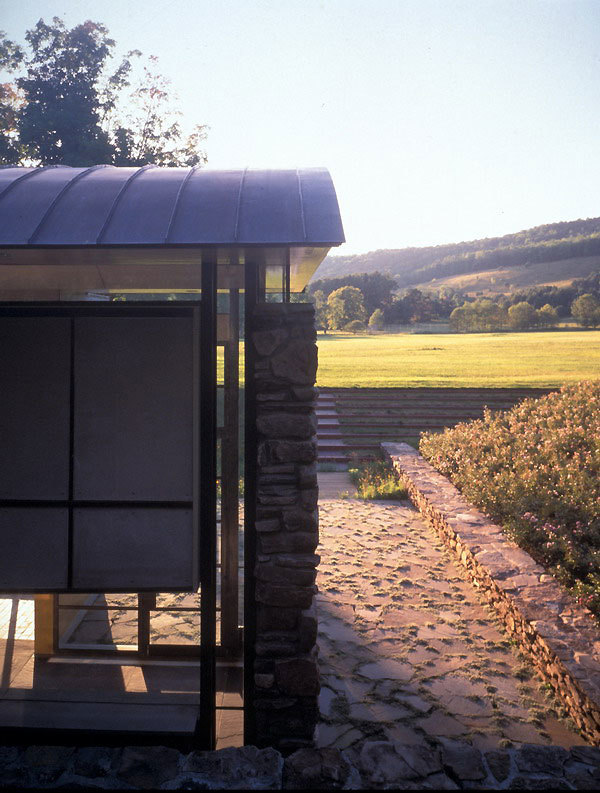 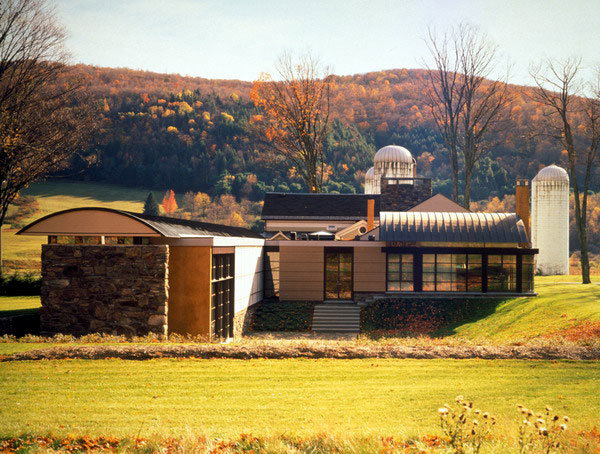 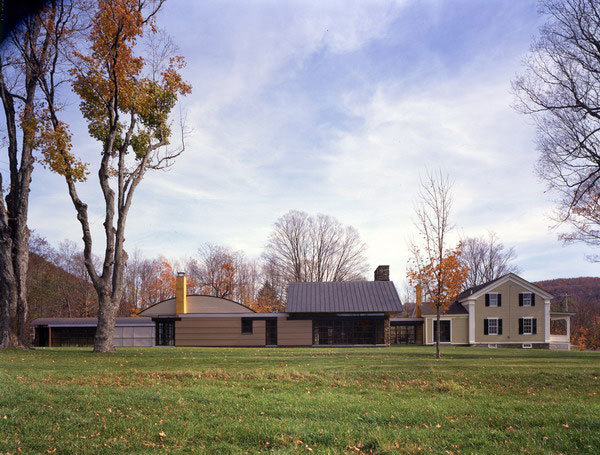 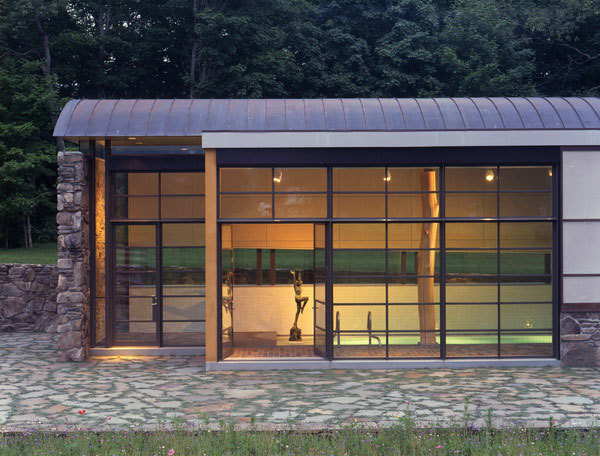 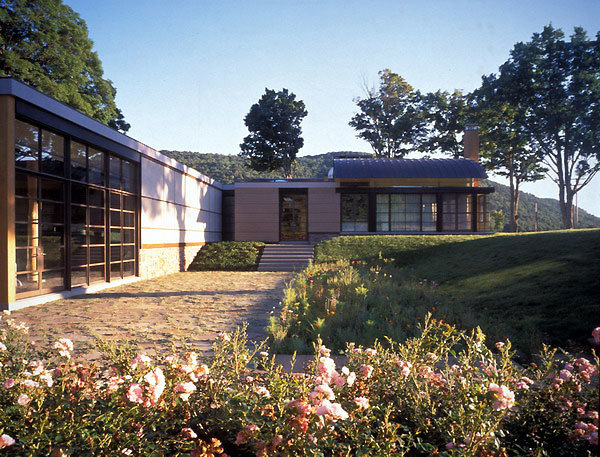 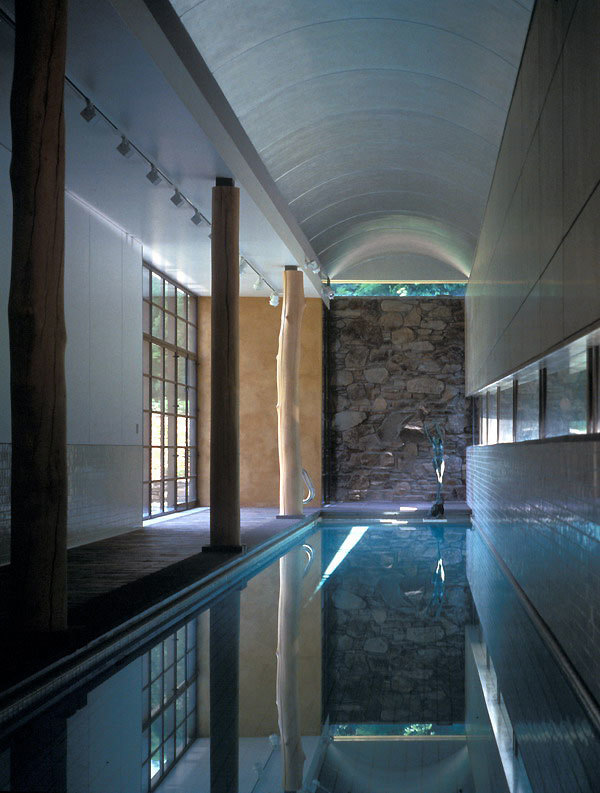 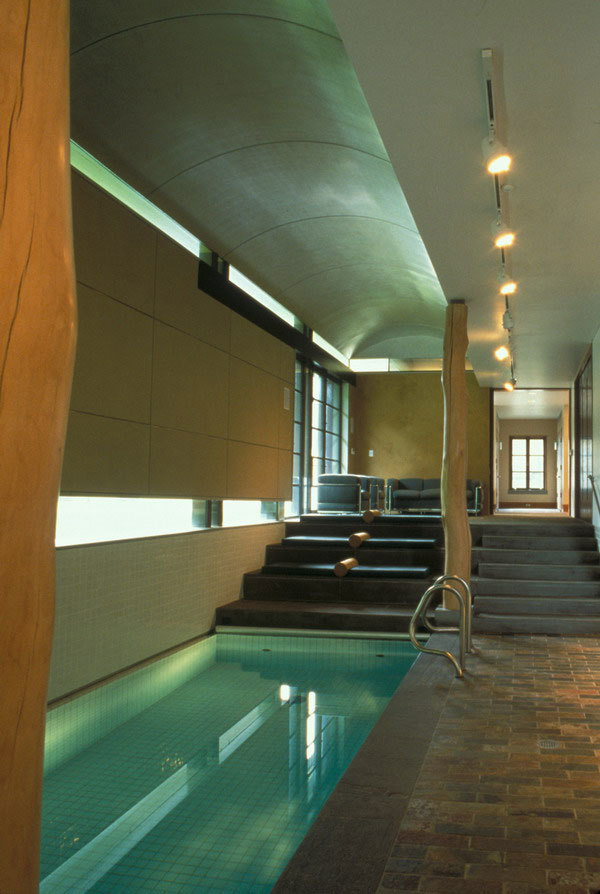 This eighteenth-century white frame farmhouse, situated in an open field with a view of two silos and a hillside beyond, presented a picture-perfect image of American rural vernacular architecture. The owners asked for an addition that would be twice as large as the original, and would include an art gallery and lap pool.

The context demanded a design that would sustain multiple readings, allowing the original farmhouse to remain prominent in the composition without limiting the sculptural possibilities of the new structures. The new forms evoked the outbuildings traditionally added to the rear of farmhouses, and their shapes and materials linked them to the barns and silos on the site. As a whole the house remains abstract while responding to the context. The same design principles developed earlier for the Mies and Wright projects operate here with an anonymous vernacular building, enhancing the original both by respect and contrast.

Four separate forms contain the new living room, master bedroom suite, gallery, and pool, their separateness reducing what might otherwise be the overwhelming size of the new structure. To maintain an appropriate scale between the old and the new, the fifteen-foot high, ninety-five-foot long lap pool building is literally suppressed one level, so that the pool opens on to a sunken garden and terrace, creating a sense of privacy without obstructing the landscape with fences or walls. The buildings each respond to larger landscapes of their own, extending the house into exterior spaces that are defined by a combination of built and landscape form. Architecture does not stop at the outer wall of the building but integrally includes the spaces created by reshaped earth and the surfaces composed of plantings.

The resulting composition now functions as a family homestead and retirement retreat, as well as a center for the display of local artists' work. The two functions are spatially and symbolically separated but not remote from one another.