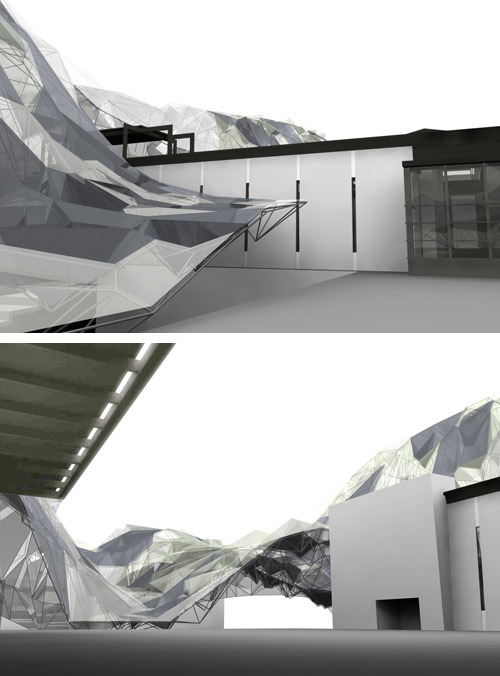 There was a sensibility explicit in the 2002 competition 'schindler's paradise: architectural resistance' sponsored by the MAK center that the mutation of the physical context of the house, especially as represented by the development to the south of the lot, constitutes a cultural abomination and perhaps a broken promise of a future which never came to pass. This sensibility was implicit in the vertical garden competition as well as an agenda of resistance and a program to reform or perhaps inform the context of the historic residence toward a version of the future more aligned with Schindler’s vision and ideals.

Other Projects by Darin Johnstone Architects