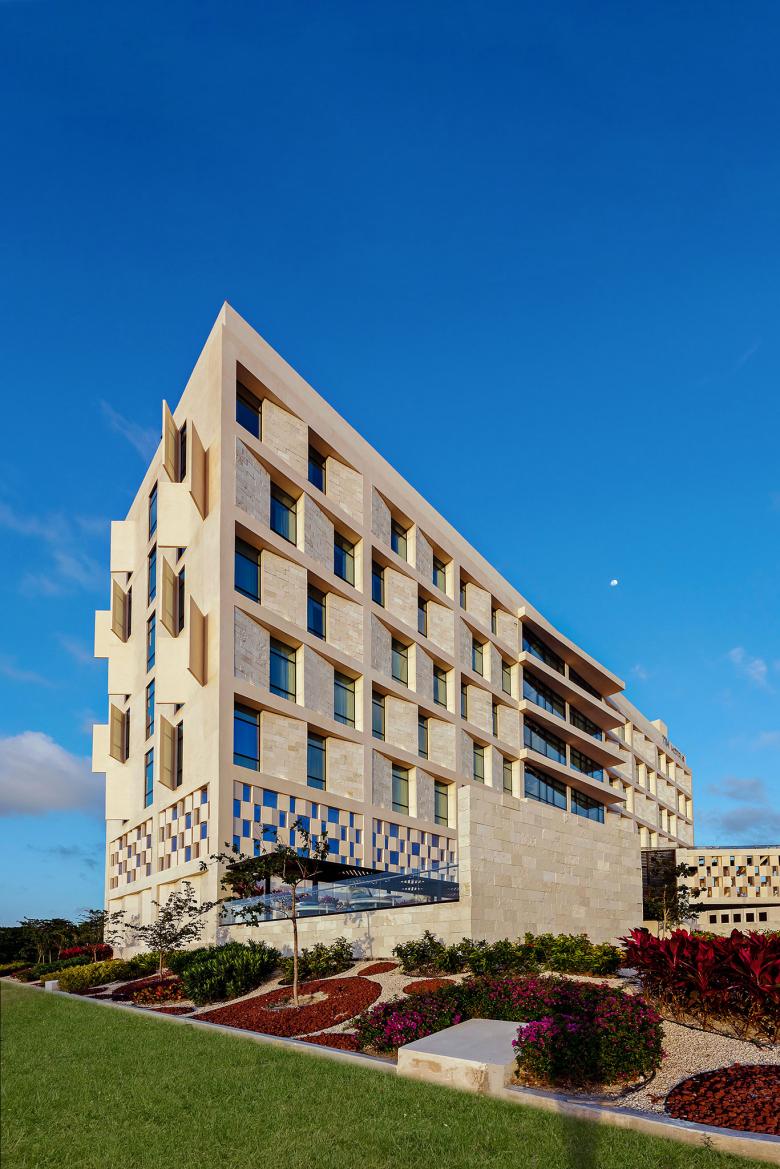 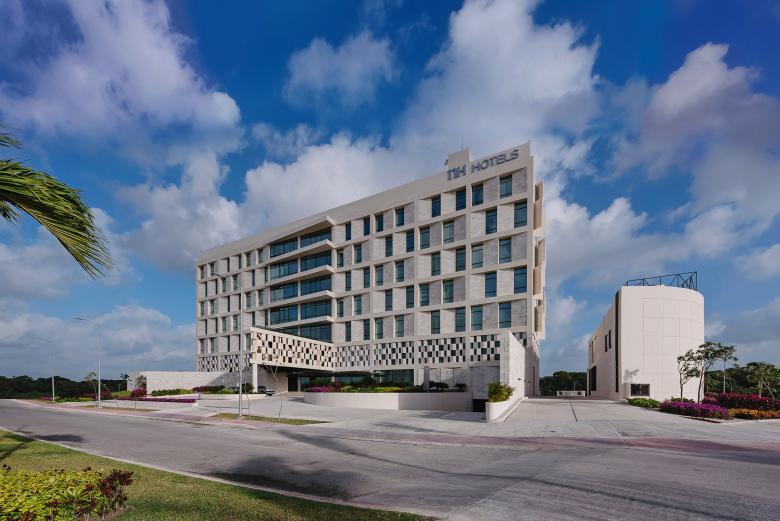 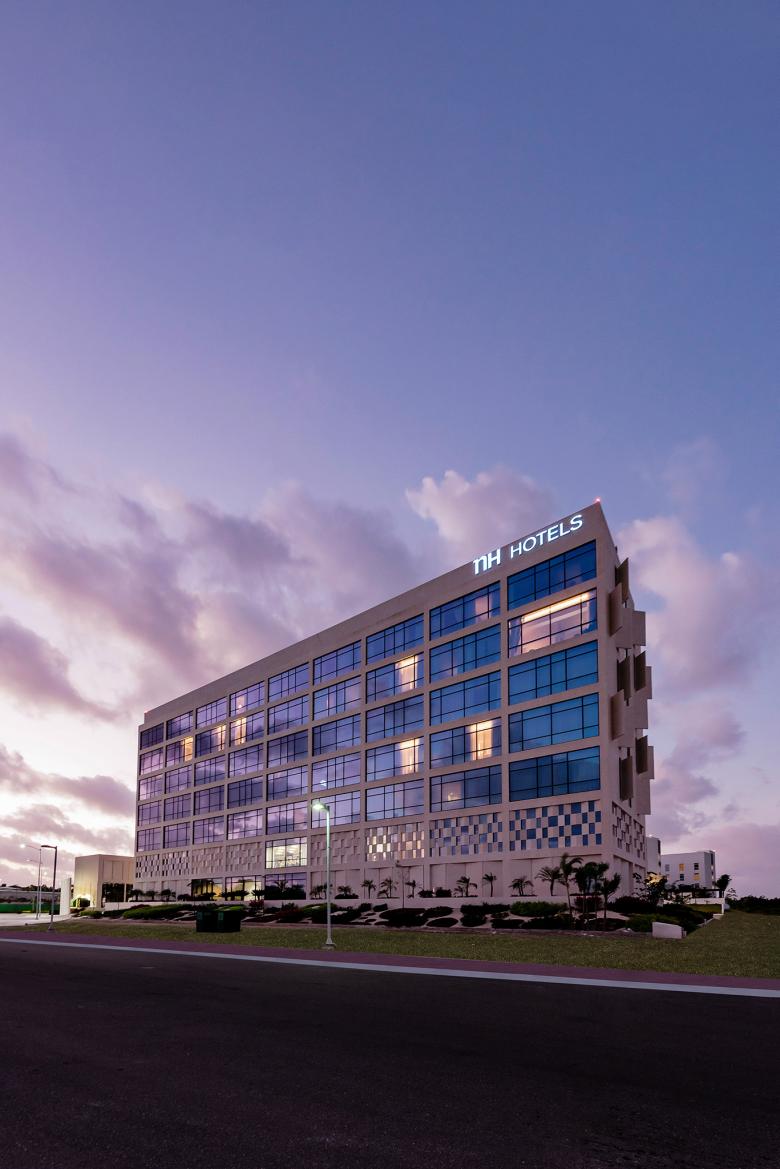 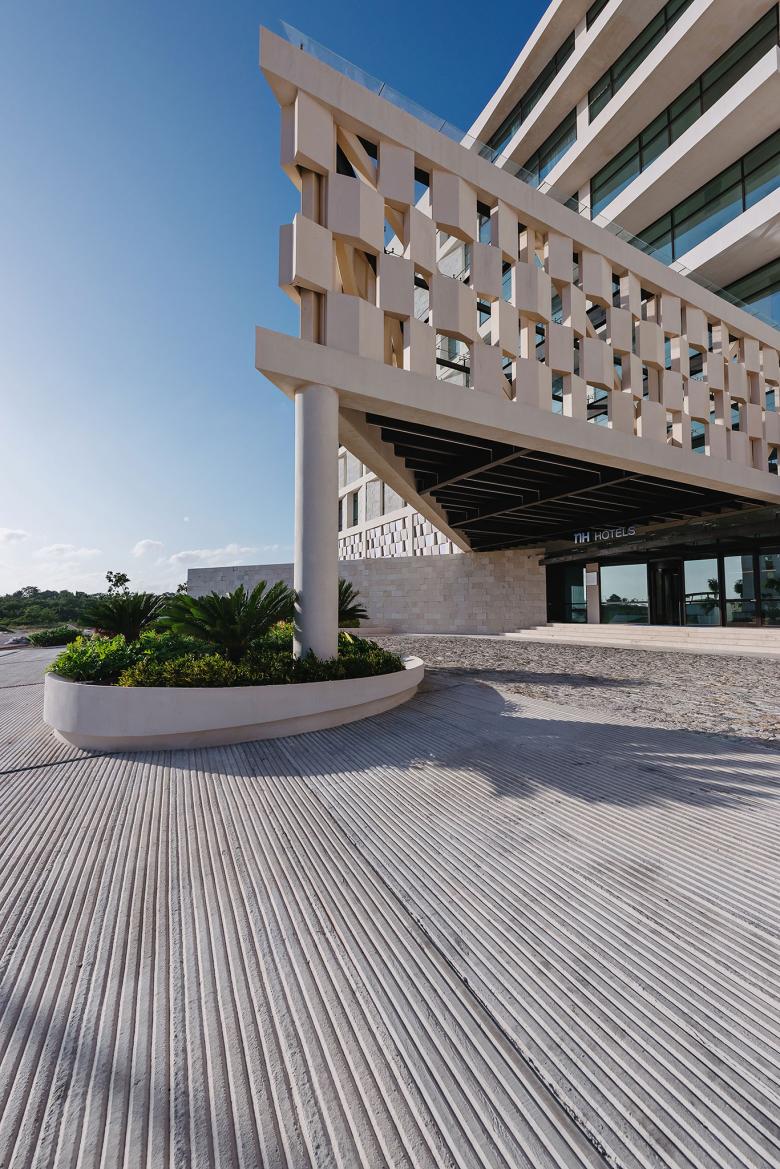 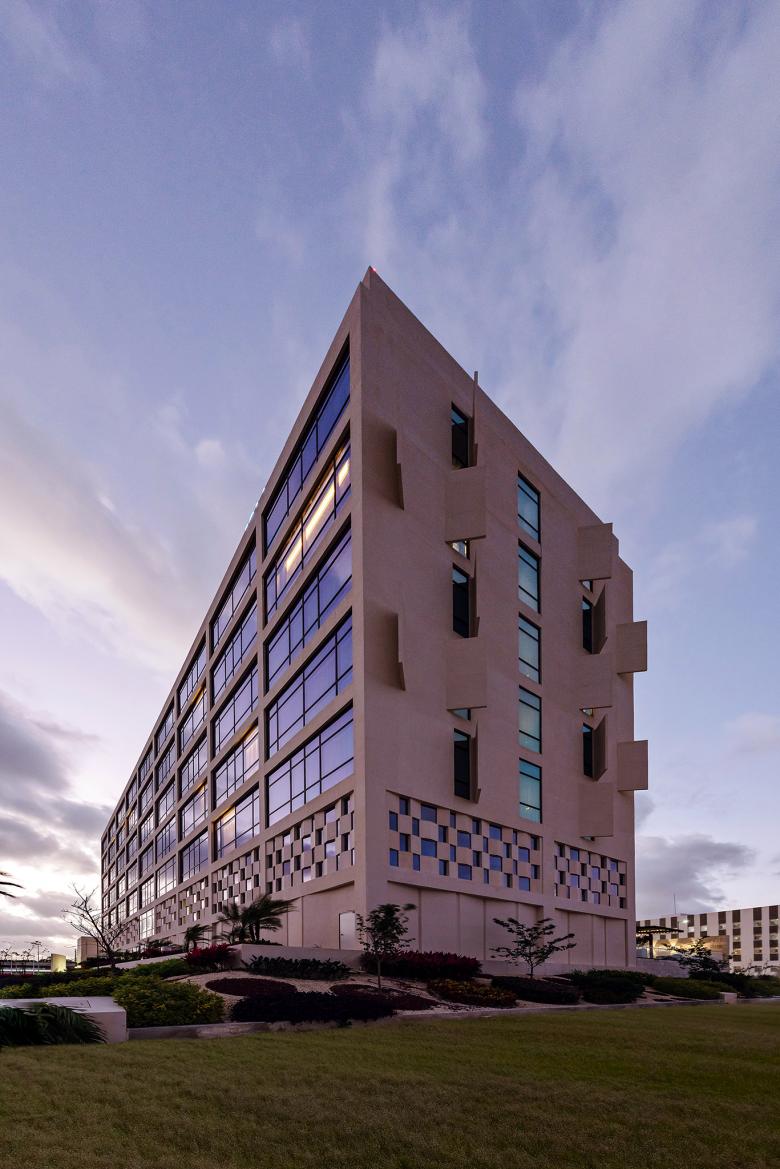 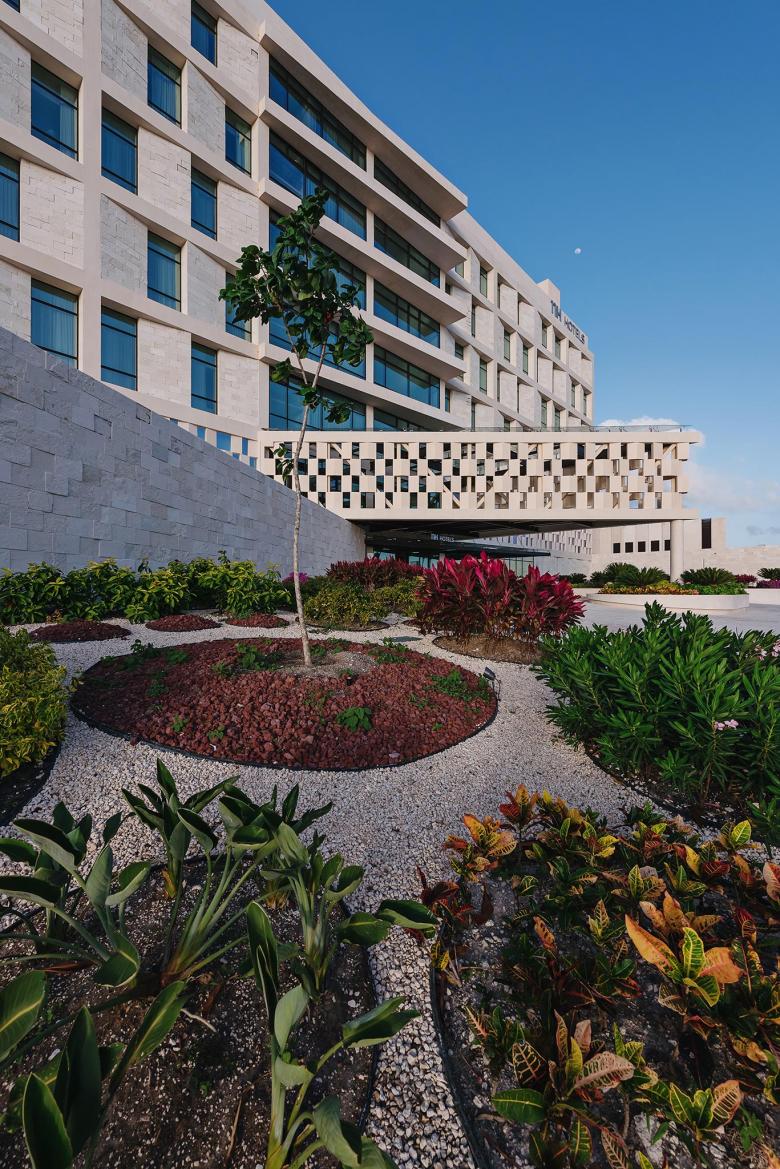 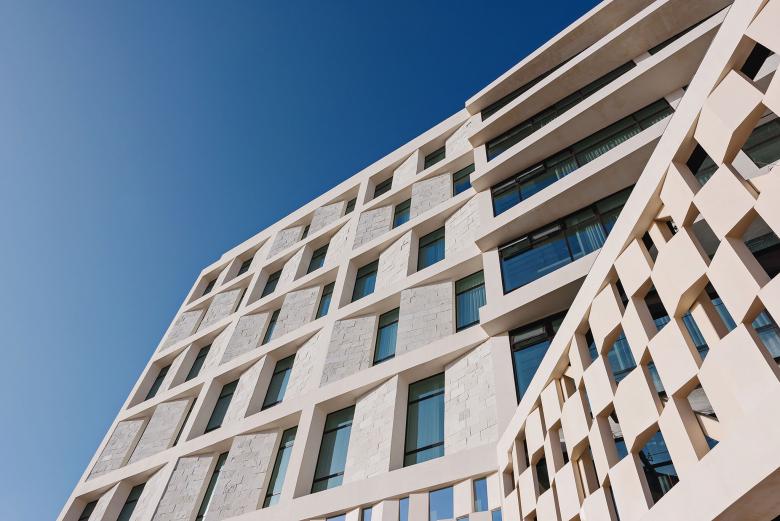 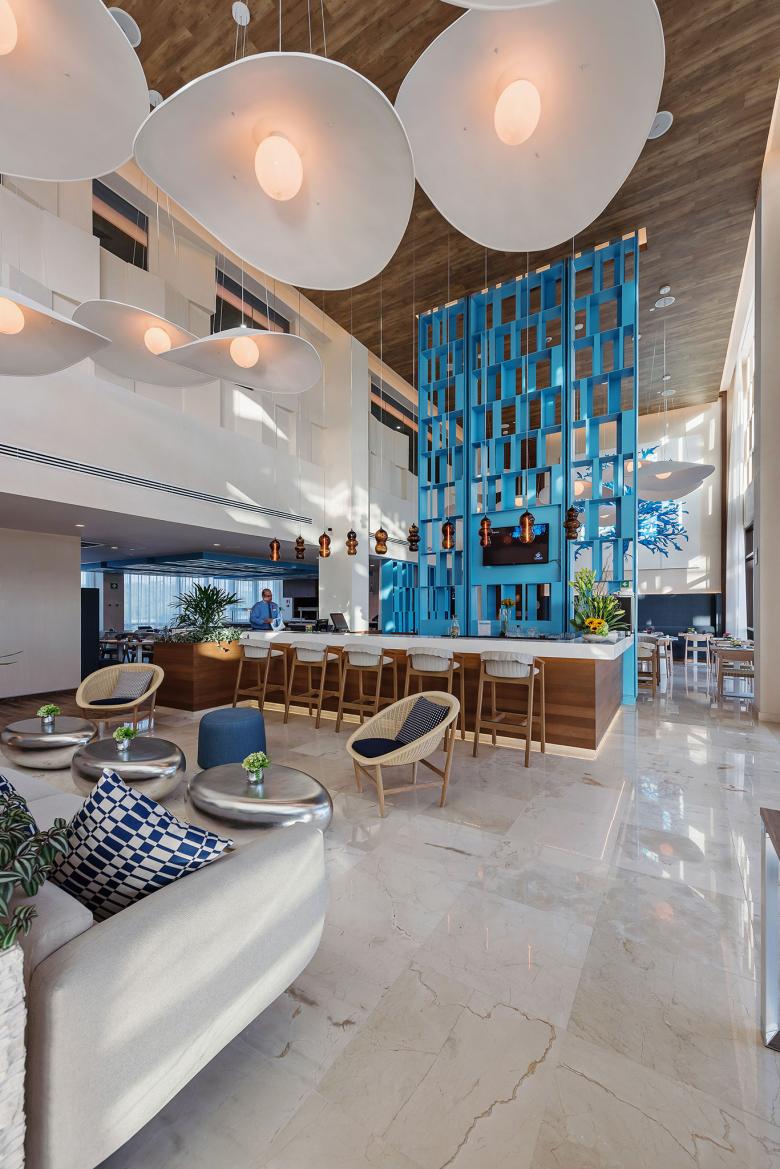 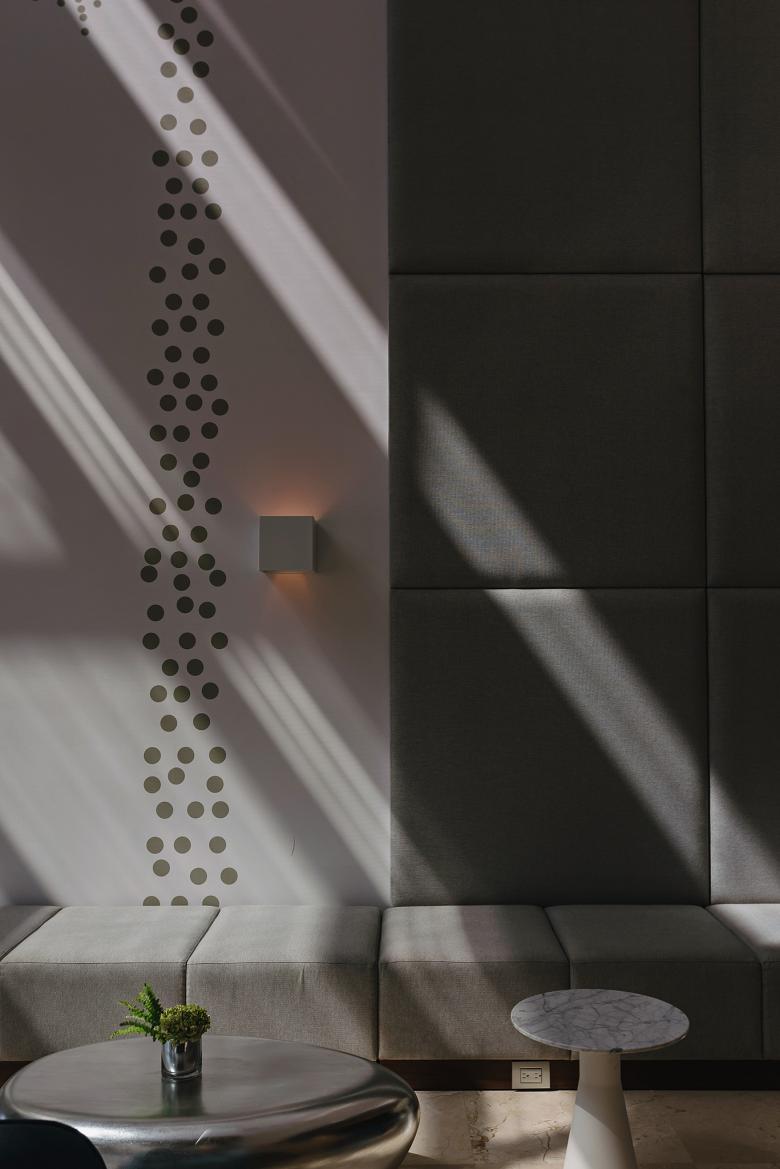 The hotel intends, while maintaining the atmospheres and features characteristic of the NH brand, to additionally offer the guest the perception of being in a specific place, with its own character and identity; for this reason it evokes a type of limestone rock characteristic of the region, frequent on the beach and its surroundings, located in a plain emerging from the sea known today as the Yucatan Peninsula.

Like other marine rocks, it houses in its interior and around it a great vitality that insinuates itself behind its randomly arranged openings and massifs that arise from the sandy lushness and alternate with water, vegetation and other materials.

The pattern of cylindrical beds that articulates the building with its urban environment is transformed into a concrete lattice that increases in dimension and scale upon reaching the levels of the rooms where the windows to the south are tucked in and reduced to dose the incidence of the sun tropical, while to the north they appear frank, looking straight at the horizon. The east and west faces, being the sunniest, are reserved for the visual finishes of the circulations, protected by a set of gussets that protrude to the outside.

A vigorous eaves, defining the lobby motor, go out to meet the visitor to also mark the access to the main lobby, constituted by a large void 7 levels high that is flooded by natural light attenuated by a series of horizontal mullions.

The interior environments, as in the bowels of the Yucatecan karst rocks, flow in a changing game of dimensions, scales and luminosity that keep guests in constant discoveries of interior spaces and experiences and landscape contacts with the exterior.

Marine motifs are a recurring theme in the interior of the hotel, manifesting as latticework, false ceilings or large-format photographs that receive guests when they leave the elevators on the floors of the rooms.