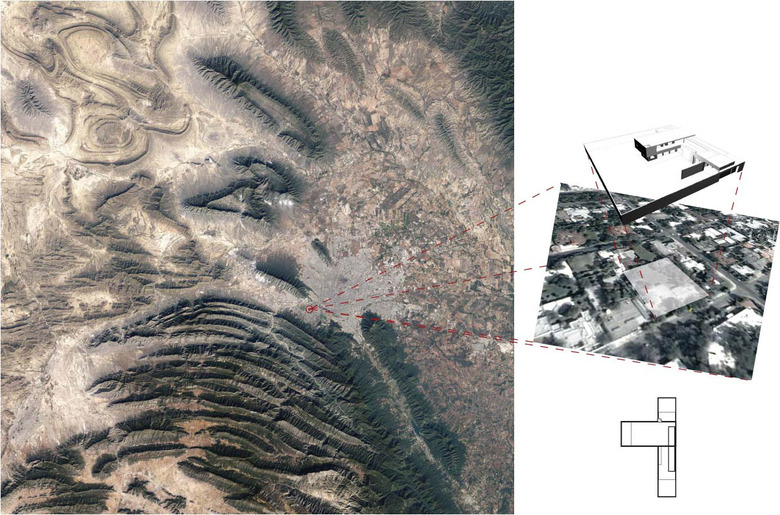 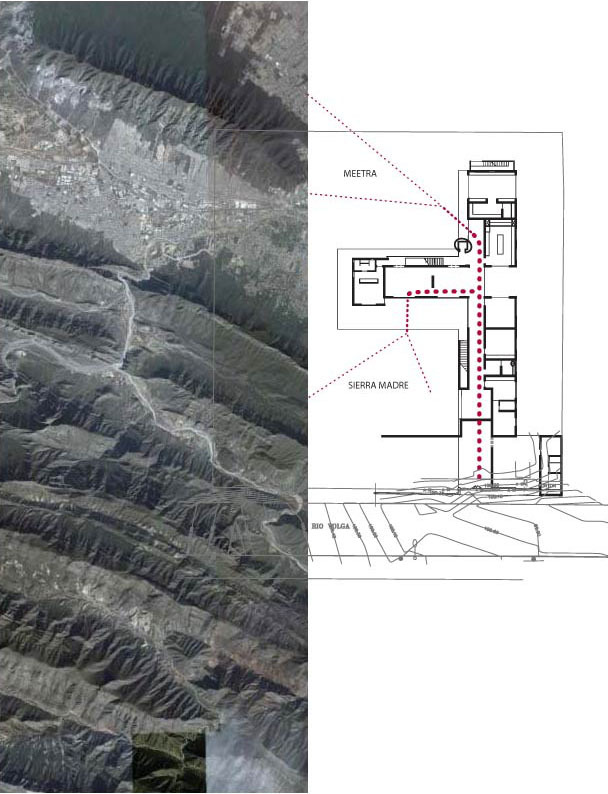 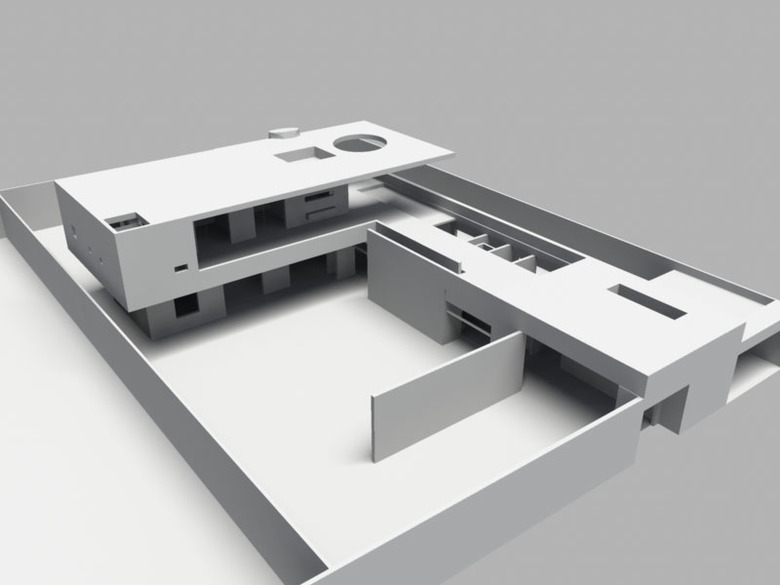 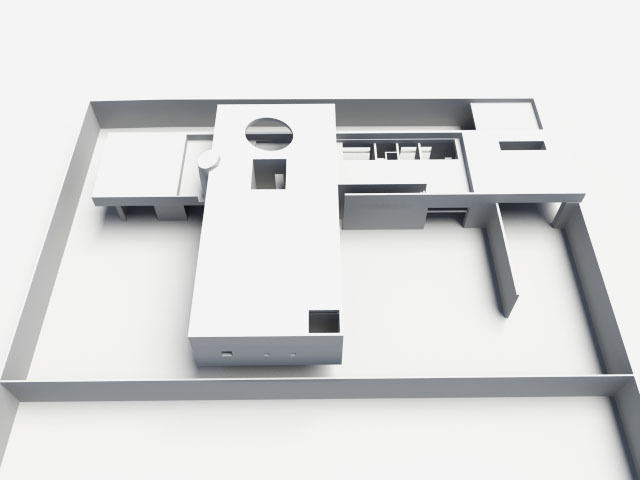 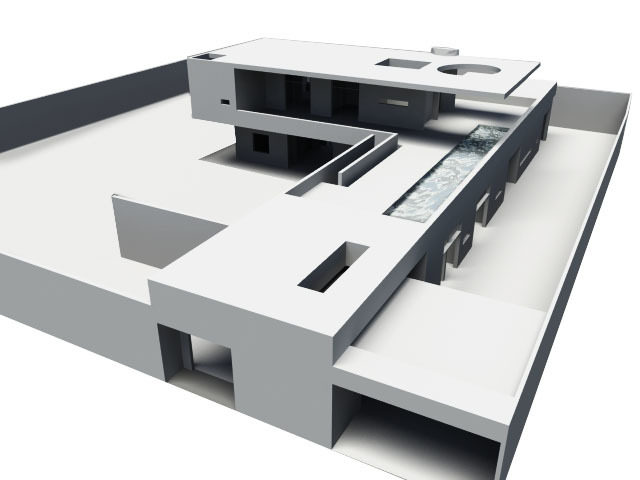 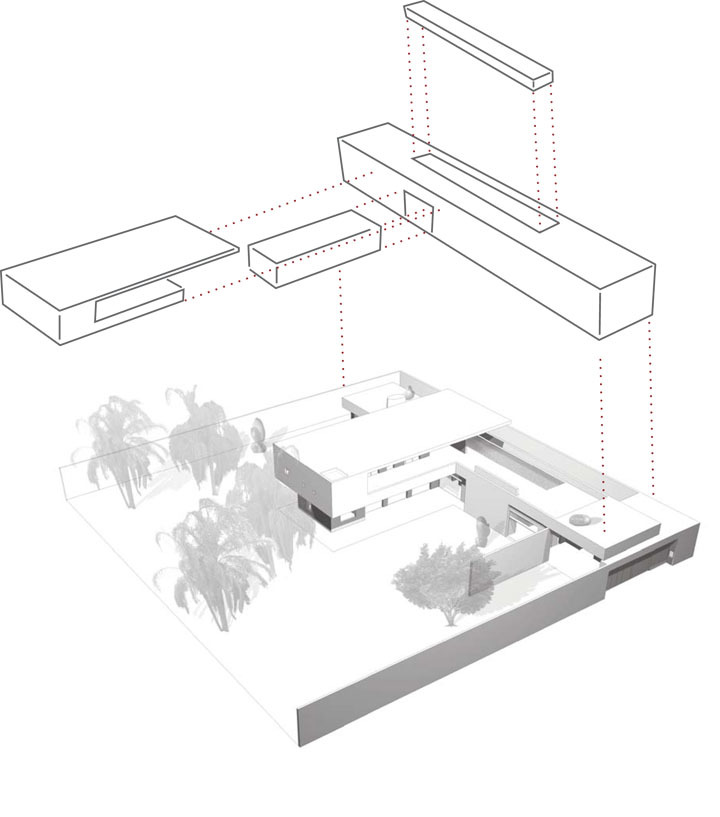 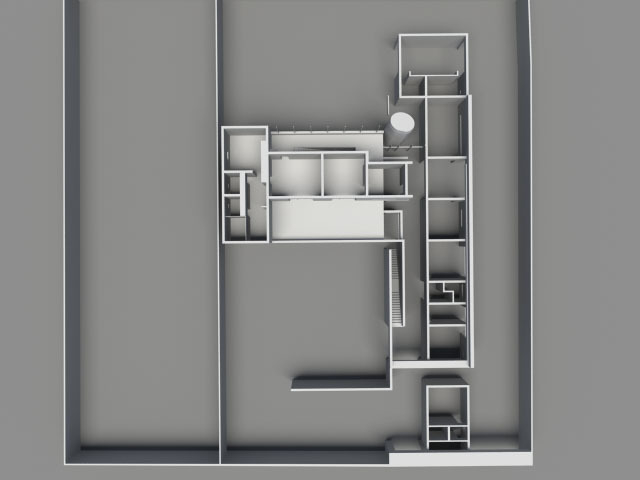 The ‘Foothill house’ is a one of a series of 3 commissions based in Monterrey Mexico named ‘concrete series’.  It is situated between the foothills of the ‘Sierra Madre’ on the south and ‘Meetra’ on the North of San Pedro district of Nuevo Leon. The house is on a 60 meter square flat land located on north side of  Rio Volga, a street which is framed by Sierra Madre’s terrain as its back drop.

This house is a collision of private and public functions, interpreted as two intersecting volumes.  In a direct response to the landscape and views, with our back to the views at entry, the design lures you in from the 3 meter street walls framing one’s property into a gallery 5 meters high and 3 meters wide with breaking intervals of light and views into the private garden.  When one reaches the intersecting volume and the private house, one’s body is framed between two mountains of ‘San Pedro’ and ‘Meetra’ and A private garden where for the first time the views are revealed.

The owner a sculpture who works with forms of ‘seeds’, desired that her living quarters include a yoga and meditation room with a phenomenal relationship with the landscape.  This inspired the solution to have the main living quarters parallel with the views and the intersecting volume house all the public functions from street and her carport to her studio.  At this intersection, a void acts as a common space, pivotal point between the dining room, kitchen and Den.

The roof plane over the public spaces is a new ‘tabula rasa’ with the San Pedro as it’s back drop.  The horizon is intersected with client’s sculptures embedded into the roof plane.  The roof itself is partially a swimming pool which also insulates the house from large expanse exposed to heat.  The 2nd floor is entirely private bedrooms, yoga and meditation rooms which cantilever over the living room and keeps it in the shade in all seasons.

The building systems is designed to run parallel to the pool and under the studio space, a full underground basement is accessible to fresh air as the land is tapered, allowing rain water collection and purification for reuse of garden.  The garden itself is separated in three zones, one zone allows cars to travel to her studio for large pick and drop off of sculptures, the garden infront of the living room is a flat garden and the one in front of her studio houses and stores her sculptures in production.