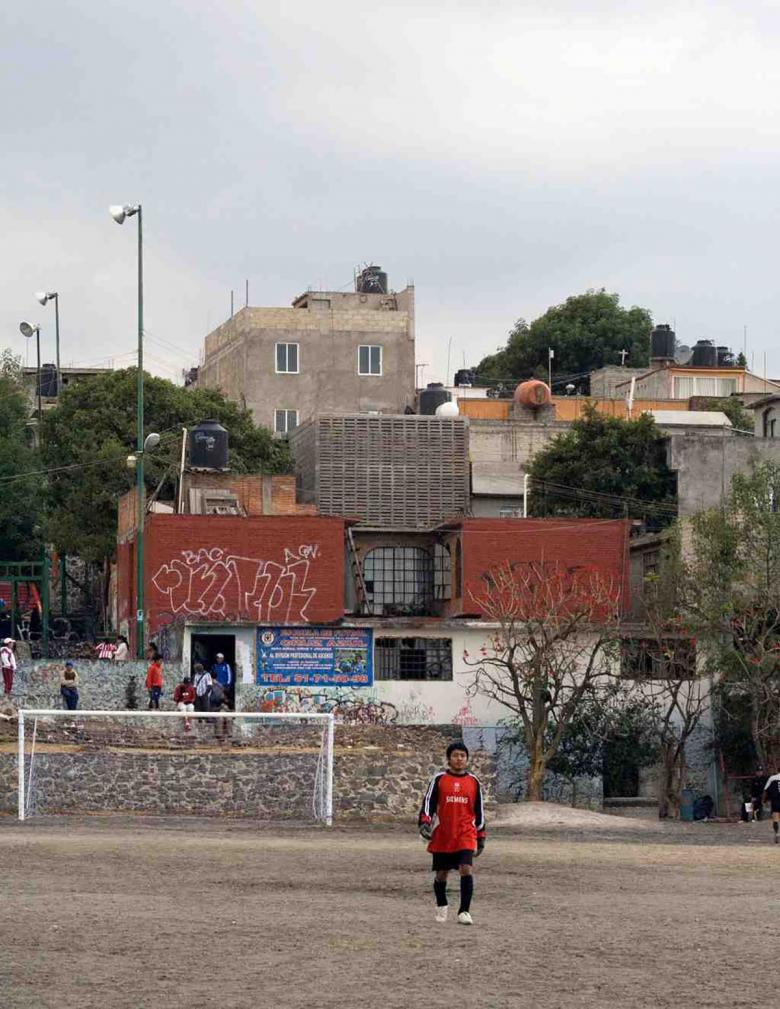 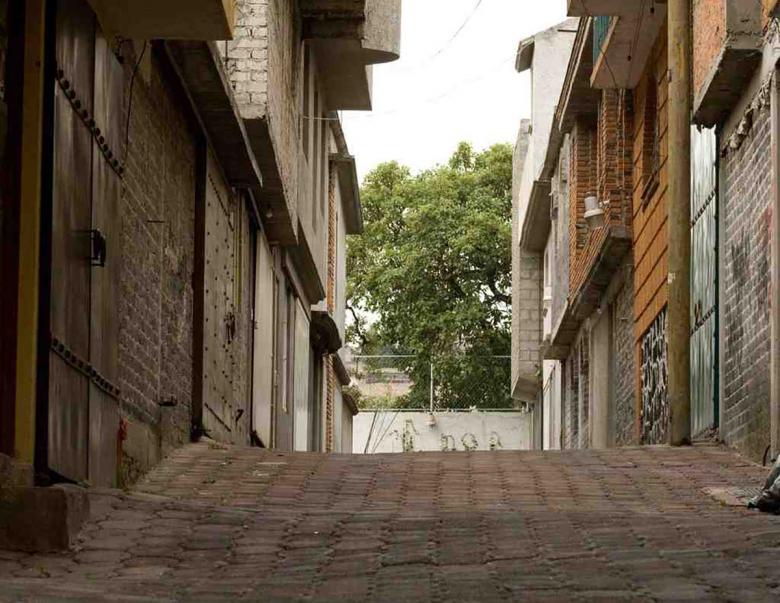 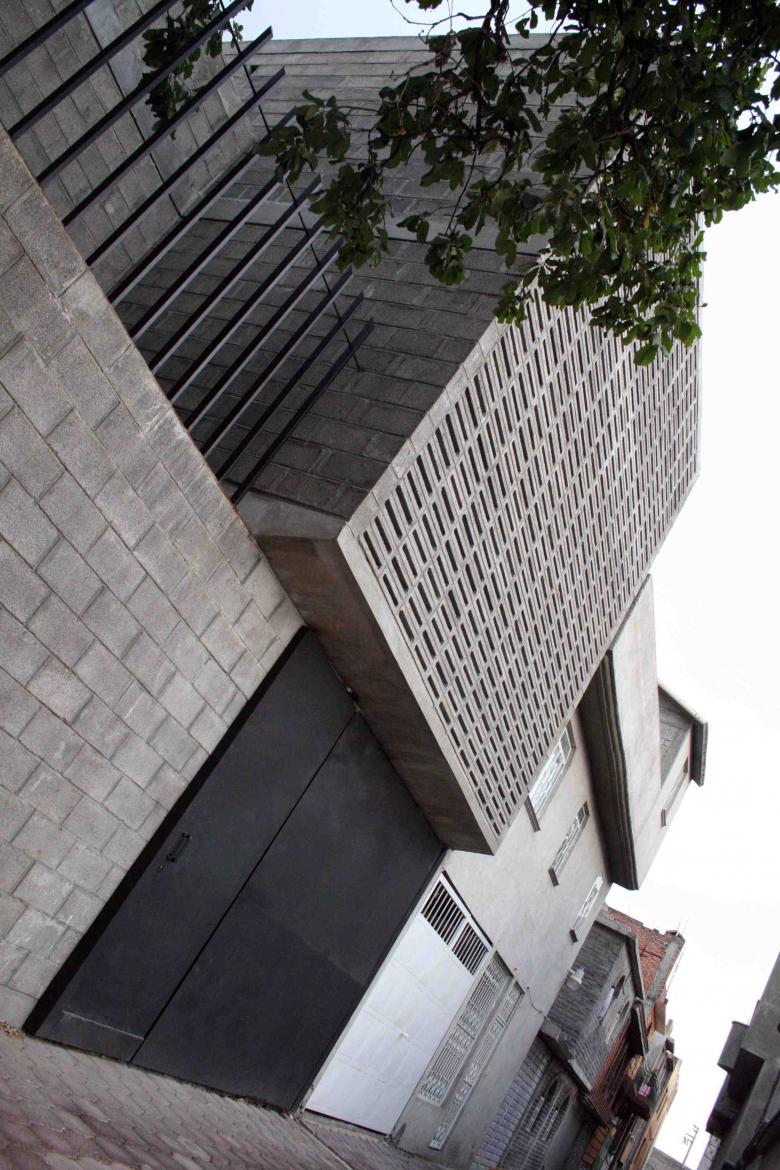 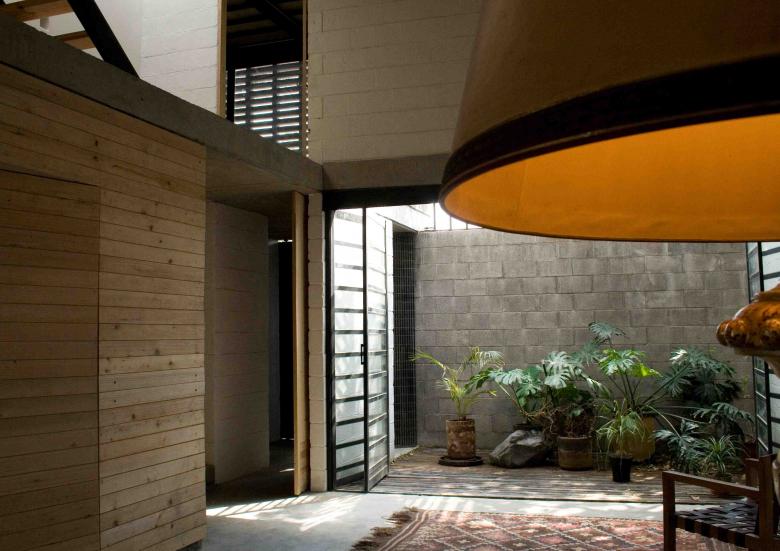 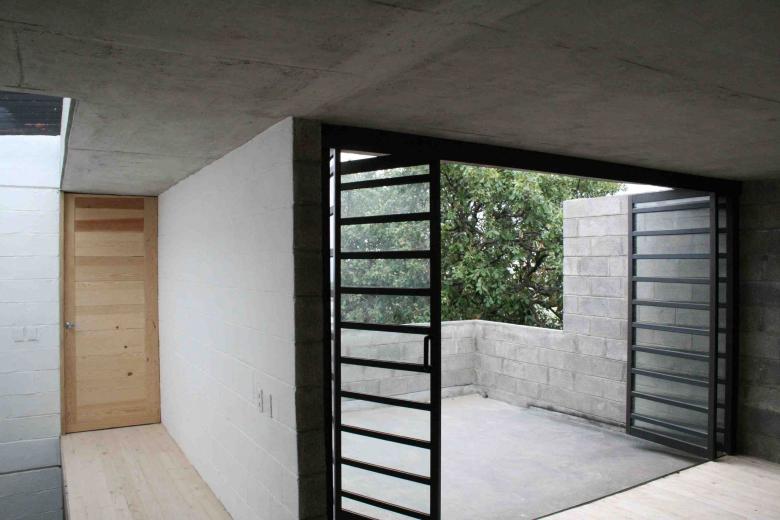 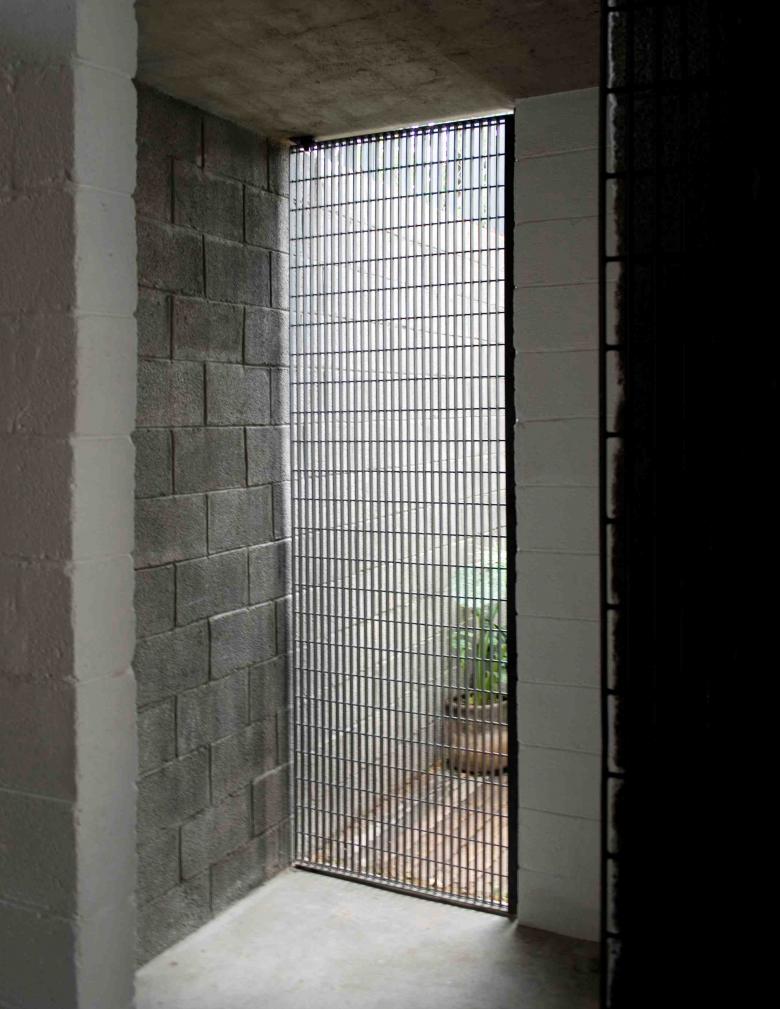 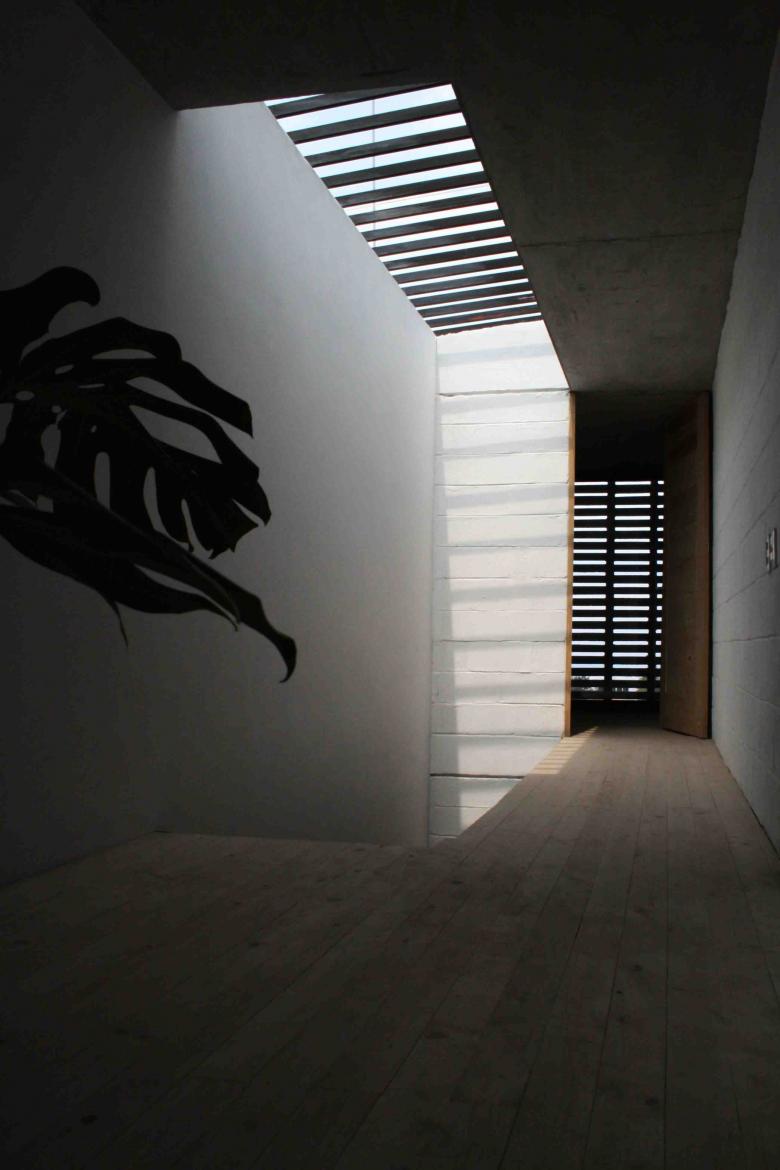 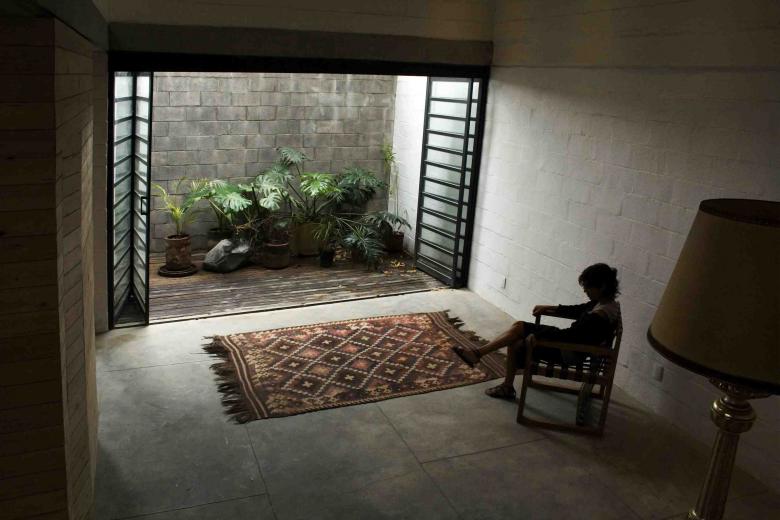 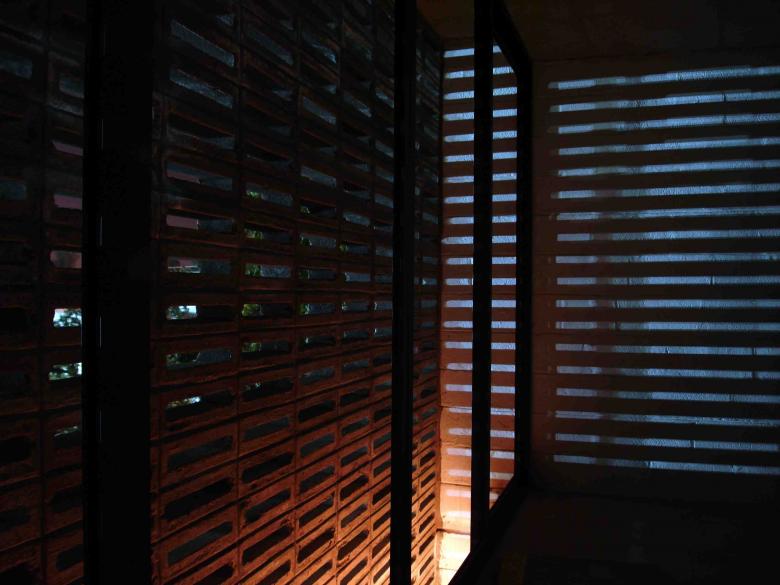 Finishing off an alley of a popular colony at the foot of the Ajusco Hill, the house of three floors pretends to integrate itself to the context with a material of a deep social meaning, the block of concrete. The scheme was thought to exploit the maximum line of vision as possible in the public spaces within a plot of 87 m2 and a limited budget. The access is through a vestibule with eyesight to a small patio with vegetation and stones taken from the site, same that spreads the visual of the dinning-room with double height. In the second level there’s a studio opened to a terrace contained by a tree of an adjacent smallholding. The entity has an initial program of 149 m2 with double height spaces that are reduced to allow new areas and finally reach a surface of 176 m2.

This constructed prototype of progressive housing is focused to the population that has access to loans ranging between $40,000 and $50,000 USD, with an income of 8.5 to 11 minimum wages; which is located within estates in the limits of the urban sprawl of Mexico City. It has as main objective to offer space quality as unques-tionable method to improve the quality of life of the people who inhabit there; to offer spaces that they encourage the reflection; that they suggest spiritual freedom through isolation from the urban bustle.

Other Projects by dmp arquitectura