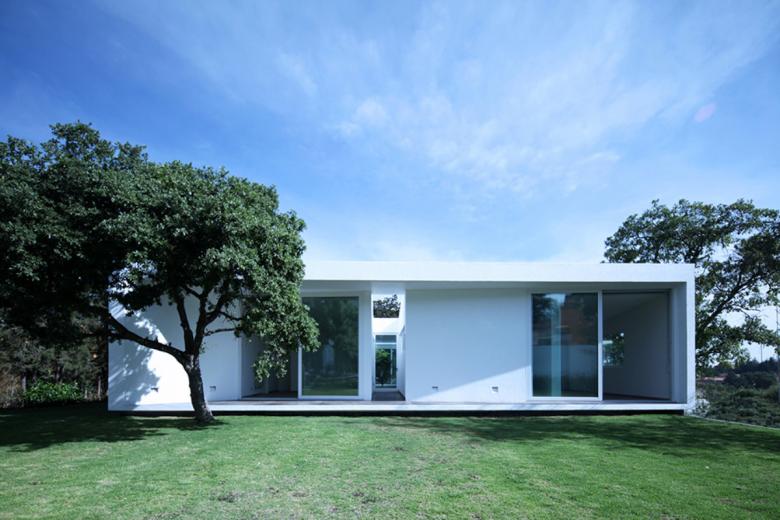 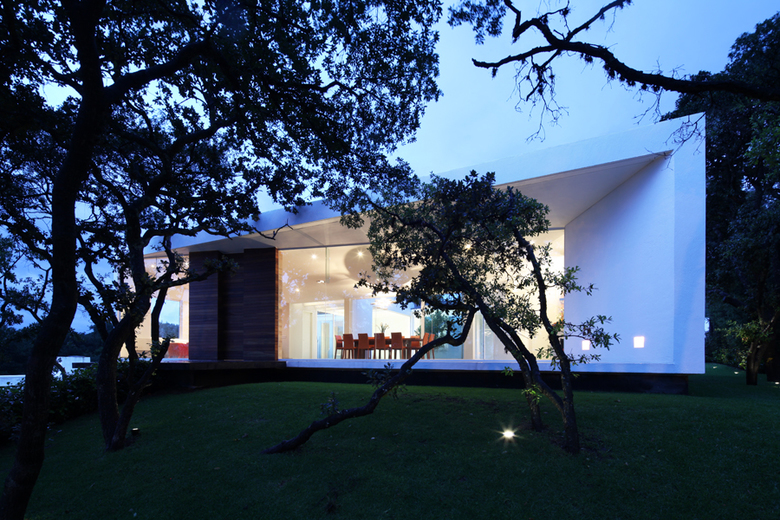 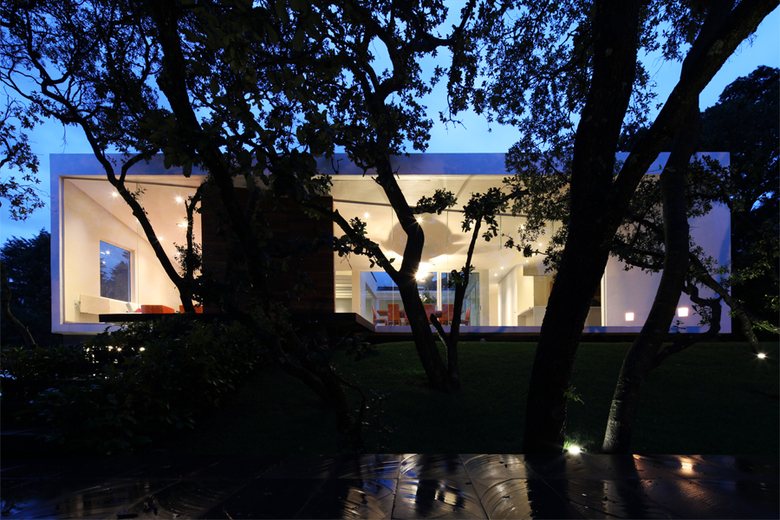 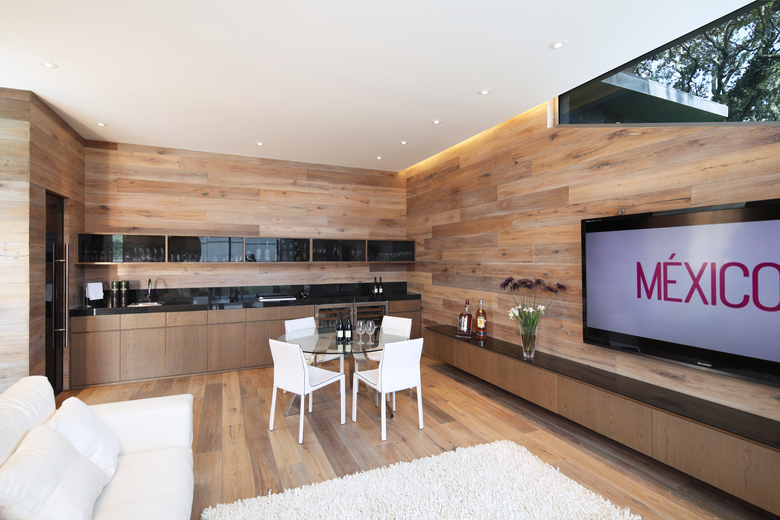 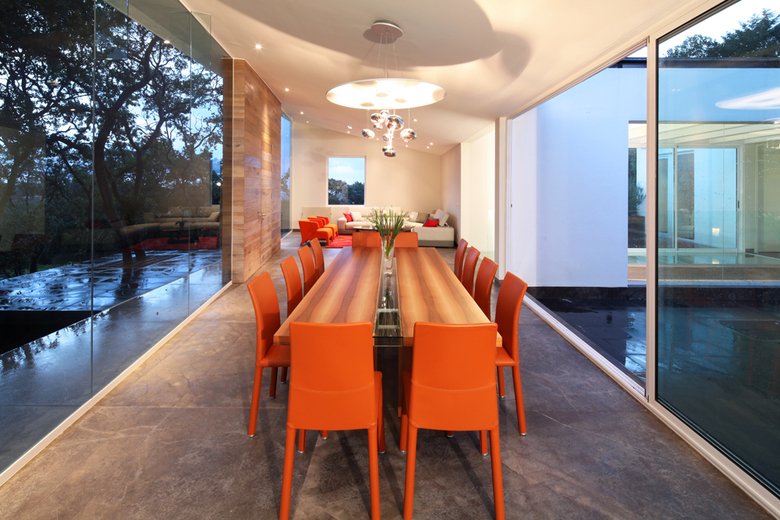 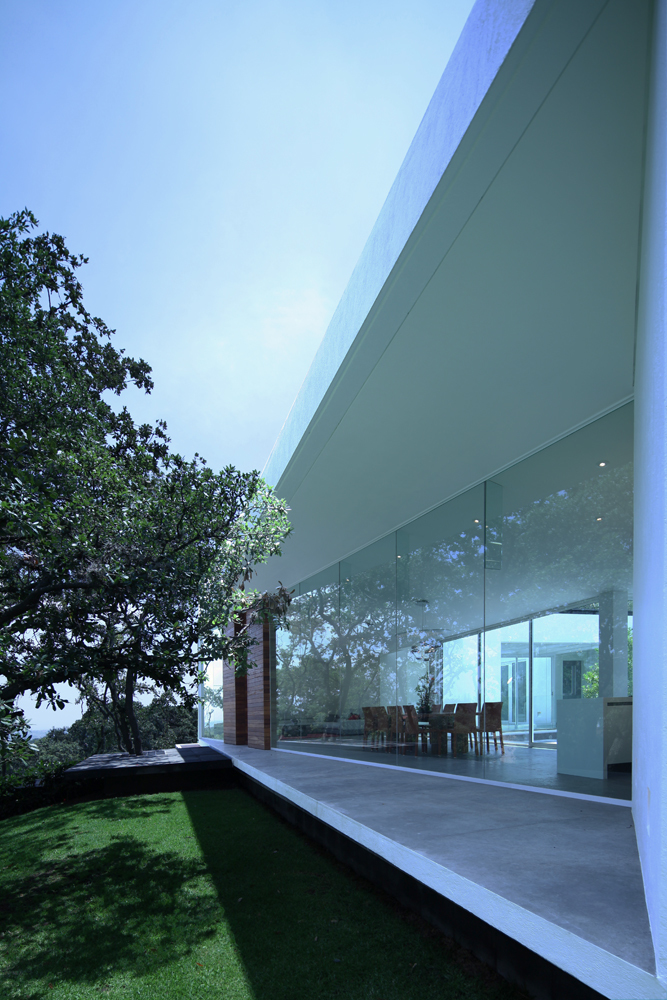 The Project is located in a high sloping site of a neighborhood in the North of Mexico City, where the climate is cold and humid during rainy season. Under these premises the house is settled on a square platform of two levels; a partially buried first level that houses the service areas and playroom; while the second level is placed above the midlevel of the site.

At this level, a glazed central courtyard is proposed, which allows natural ventilation and sunlight of rooms and social areas of the house during every month of the year. The slope tile roofs converge to this patio respecting the neighborhood regulations and achieving a dynamic visual that changes the scale-perspective relation. In a subtle way the roofs inclination gives a greater openness towards the site abundant vegetation, while in the interior, the roofs give scale and warmth to the habitable space.