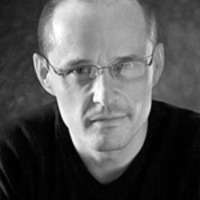 Hector Armando Herrera is one of Mexico’s most renowned commercial photographers. He has a formal education in photography having attended Brooks Institute of Photography in California, USA from 1979 to 1982.

For more than 25 years he has brought image solutions to corporations and design firms in his country and abroad, for their annual reports, corporate brochures, image banks and visual identity.

He is an experienced traveler: he has covered assignments in Europe, the Middle East, Africa, Asia, the United States and Latin America. He has lectured and conducted seminars in countries of three continents.

He is author of the official portraits of four Mexican Presidents (including current President Felipe Calderon in December 2006). He is the editor of various books; has been columnist for photo magazines and has participated as a consultant and panelist at various forums on digital technology.

He belongs to the fourth generation of HERRERA photographers, 100 years of photographic tradition in Mexico.