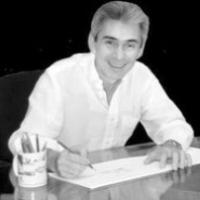 Born in Mérida, Yucatán, México in 1957, received his Architecture Bachelor degree from the “Ibero-American University” in 1980 and founded “Duarte Aznar Architects” in 1986. Enrique served as a professor on the “Ibero-American University”, the “University of Yucatán” and the “Marista University”, in which he became the director of the school of architecture from 2002 to 2003. He also worked as a public servant from 1985 to 1987 as the associate director of the urban planning department of Mérida. In addition to his practice, he co-founded “Duarte, Navarrete Architects” and was a senior partner of “4 A Architects” from 2005 to 2011. He was president of the “Yucatan Association of Architects” from 1990 to 1992, vice-president of “Mexico Federation of architects” from 1993 to 1995 and an active member of the “National Academy of Architecture”. Through the years Duarte Aznar Architects has received numerous design awards and has been featured in magazines and publications. Today Enrique lives in Mérida and lectures around Latin America and Spain.