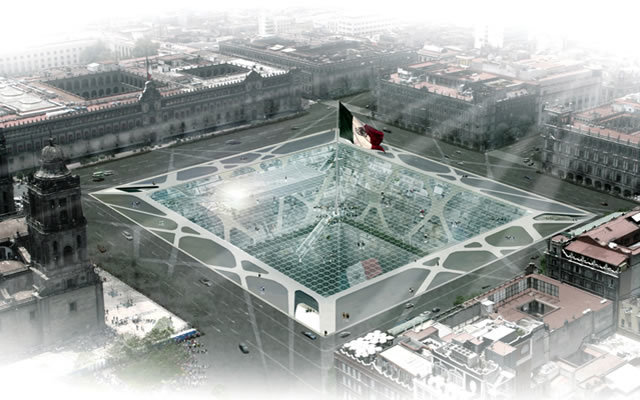 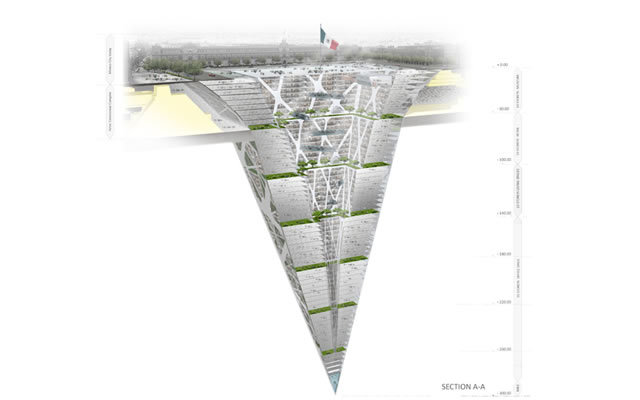 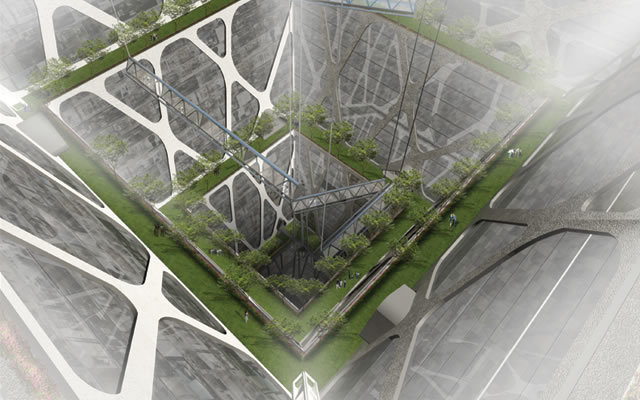 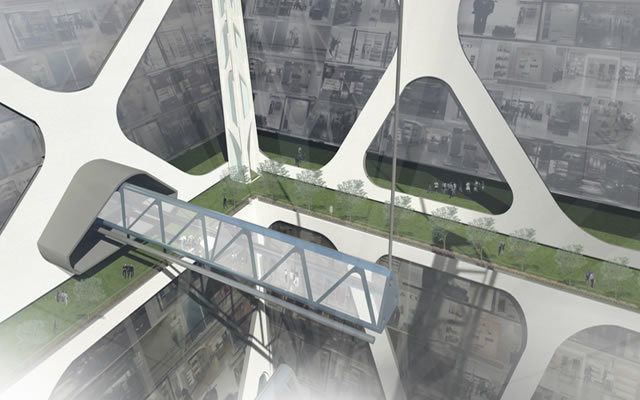 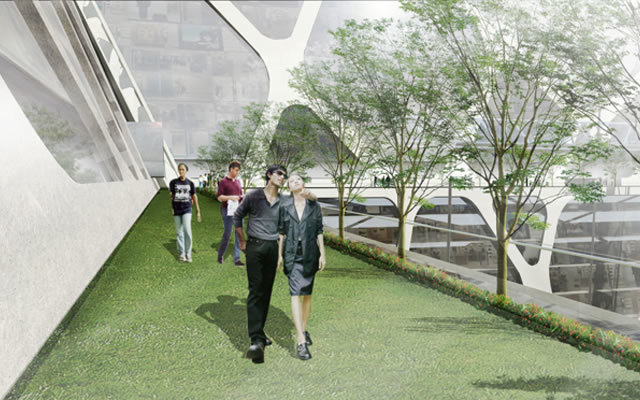 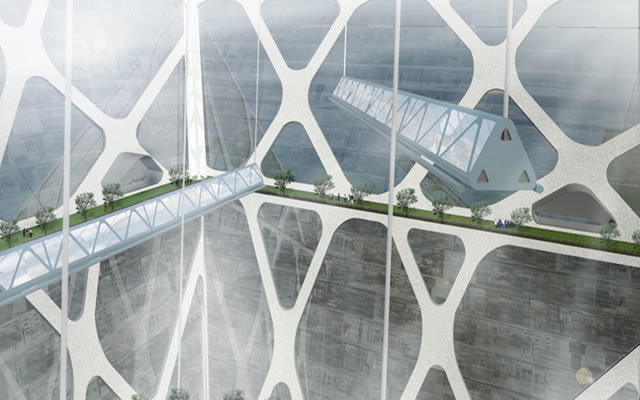 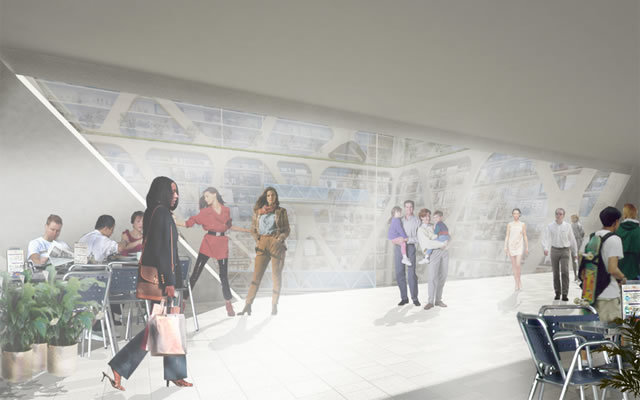 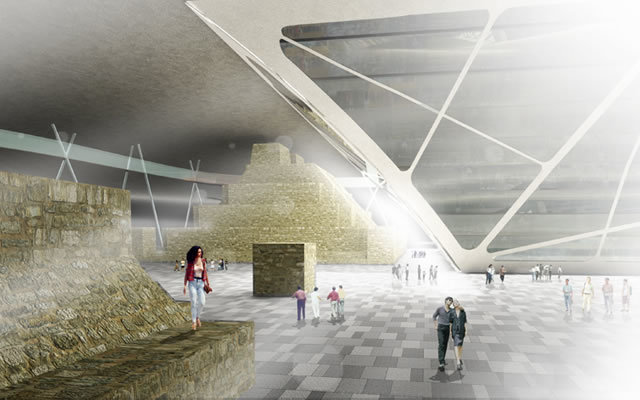 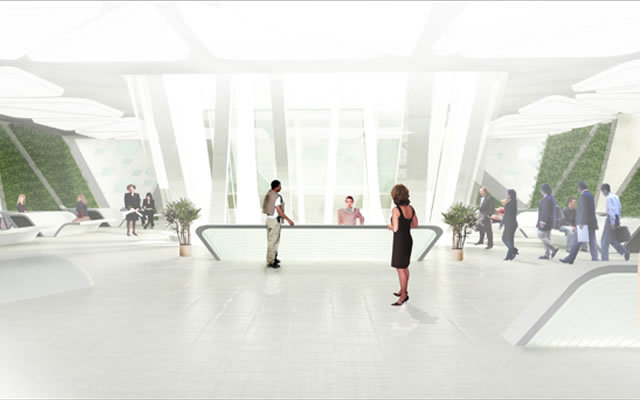 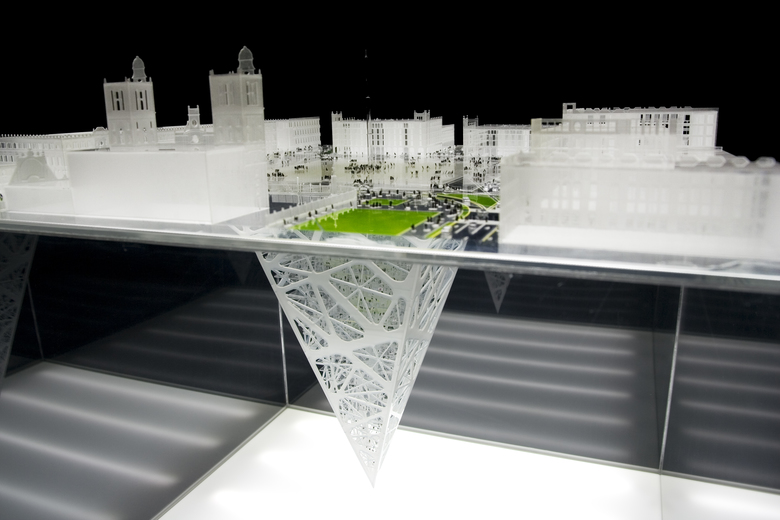 The Historic Center of Mexico City is composed of different layers of cities superimposed on top of each other.

When the Aztecs first came into the Valley of Mexico they built ther pyramids on the lake they found there. When a new and bigger pyramid was conveived as the Aztec Empire grew in size and power, they did not search por a new site, they just built it on and around the existing one. In this manner, the pyramids are composed of different layers of historical periods. When the Spanish arrived in America, they erected their Christian temples atop their pyramids.

Eventually their whole colonial city was built on top of the Aztec one. In the 20th century, many colonial buildings were demolished and modern structures raised on the existing hystoric foundations. So in a way, Mexico City is like a massive layered cake: a modern metropolis built on the foundations of a colonial city that was erected on top of the ancient pyramids that were constructed on the lake.

Today, the Historic Center is in desperate need of a programmatic make-over, New infrastructure, office, retail and living space is required but not empty plots are available. Federal and local laws prohibit demolishing historic buildings and even if this was so, height regulations limit new structures to eight stories. So we have a massive program of hundreds of thousands of square meters and nowhere to put it. This means the only way to go is DOWN.

The main square of Mexico City, know as the 'Zocalo', is 57 600 m2 (240m x 240m), making it one of the largest in the world. It is bordered byt he Cathedral, the National Palace and the City Government buildings. A flogpole stands at its center with an enormous Mexican Flag ceremoniously raised and lowered each day. This proved as the ideal site for the Earthscraper> an inverted skyscraper that digs through the layers of cities to uncover our roots.

This Earthscraper is the Skyscraper's antagonist in a historic urban landscape where the latter is condemned and the preservation of the built environment is the paramount ambition. It preserves the iconic presence of the city square and the existing hierarchy of the buildingds that surround it. It is an inverted pyramid with a central void to allow all habitable spaces to enjoy natural lighting and ventilation.

To conserve the numerous activities that take plane on the city square year round (concerts, political manifestations, open-air exhibitions, cultural gatherings, military parades...) the massive hole will be covered with a glass floor that allows the life ot the Earthscrapper to blend with everything happening on top.