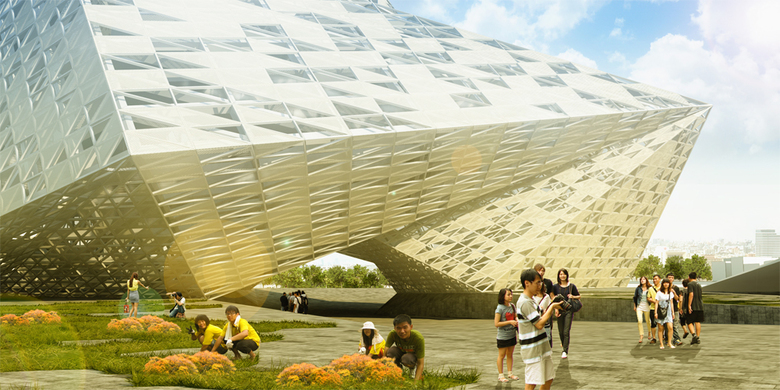 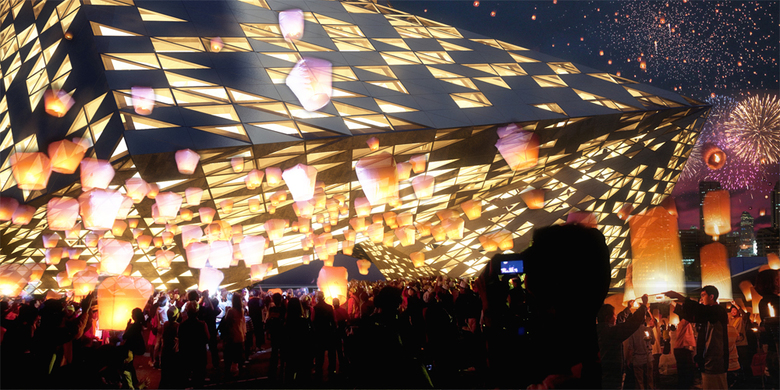 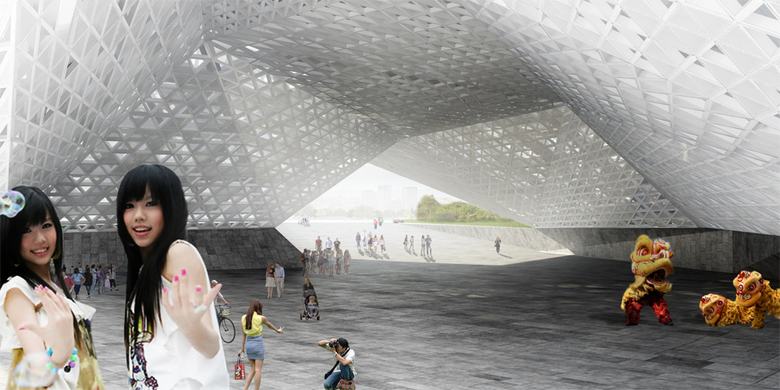 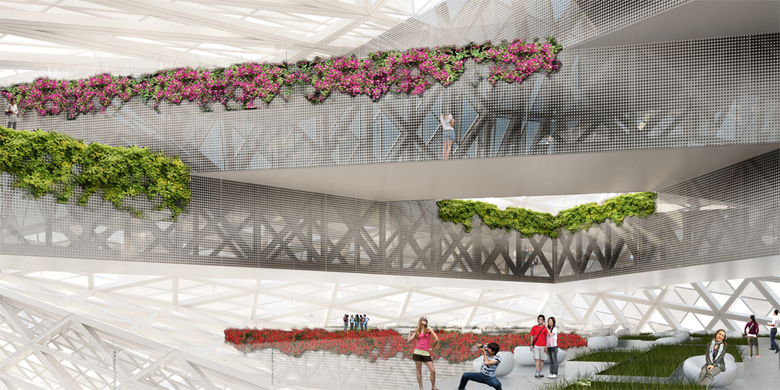 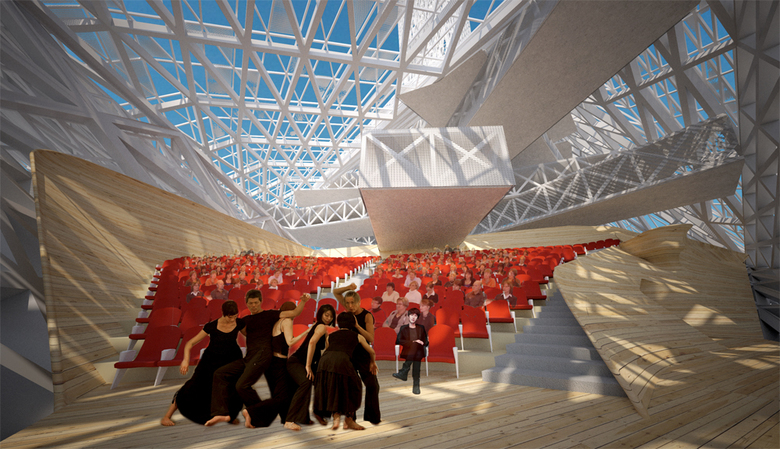 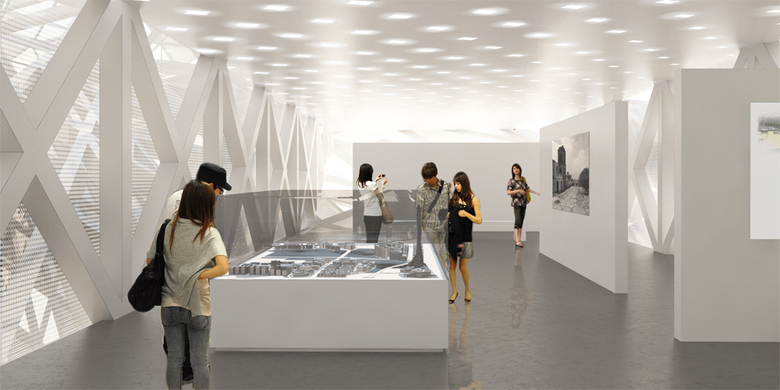 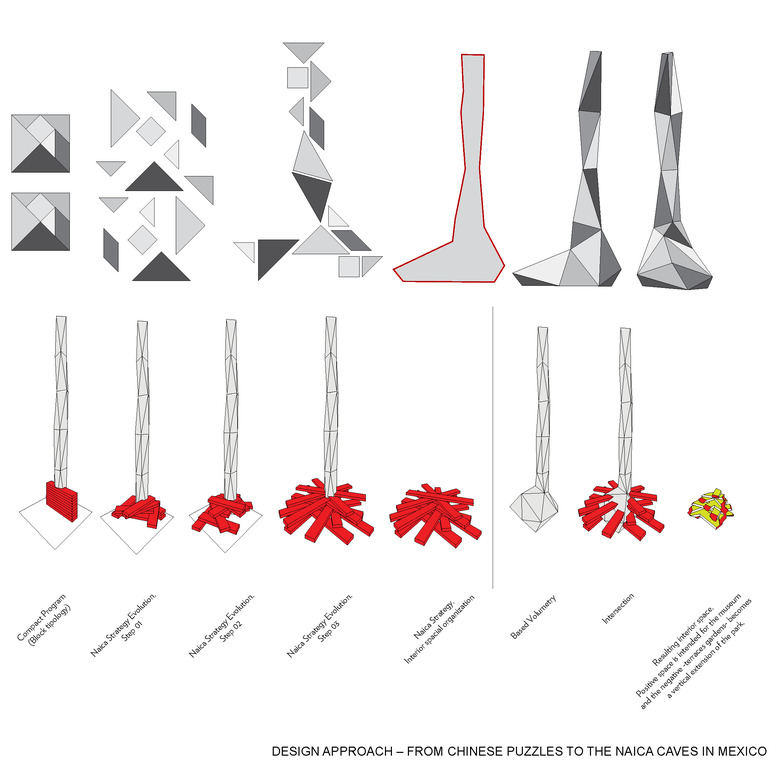 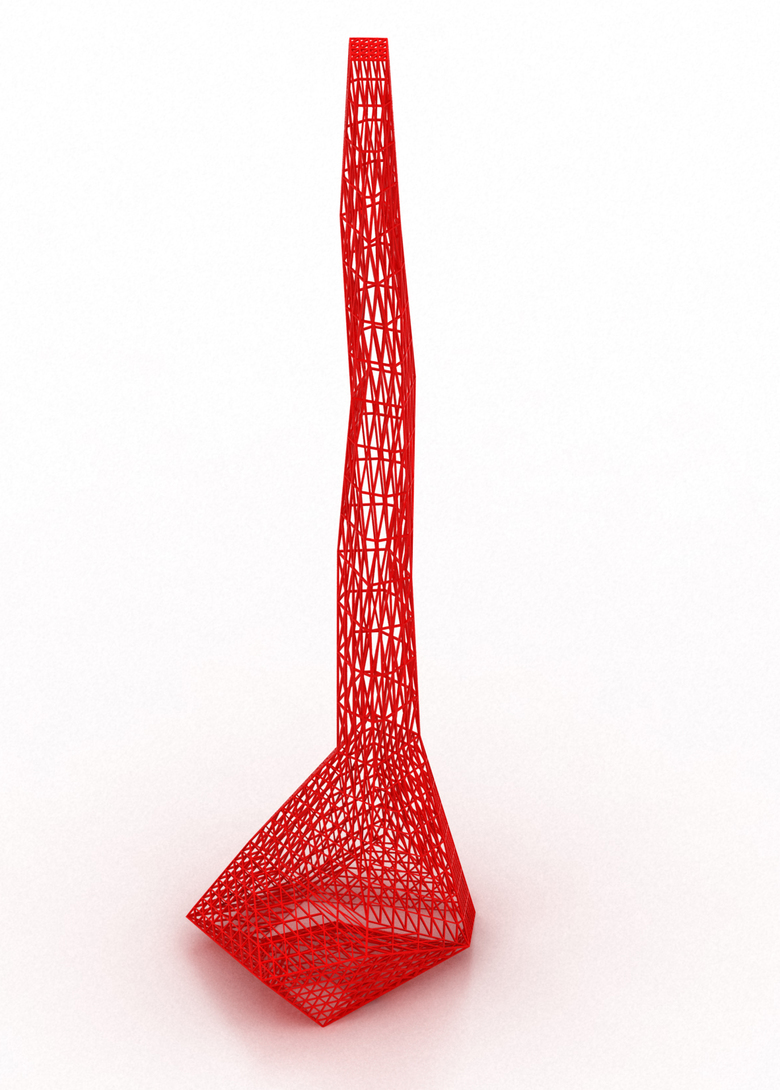 We started the proposal with a simple but relevant question: How to conceive an icon landmark for Taichung? Our research explored a wide range of conceptual references in order to find an artistic expression that was coherent with the Taiwanese culture and society. For us, the main goal of this multifunctional landmark is to blend with the city, not in aesthetic terms but in the ideas of appropriation and belonging.

The original program for the project was divided in two main elements, the Taiwan Tower and the Taichung City Museum. Both programs share the same idea: to enhance the urban culture of Taichung citizens and to create a center for the exchange of new ideas on green technology, urban spatial planning and culture in general. Our strategy to achieve these goals is to reinforce the cultural nature of the project by incorporating a few program elements that will concentrate a major number of people and increase the visitors not just because it’s the new Taichung Icon, but because it’s where everything happens.The multifunctional but cultural related program inside the Tower will re-create an urban system as individual boxes are layered and super imposed in a deconstructed vertical organization.

As a starting point for the design of the tower we carried out a series of formal experiments using the TANGRAM, a typical Chinese board game that allowed us to define the geometry that became the foundation for our proposal.

The resulting geometry of our studies is a volume with triangular sections similar to the natural formations of different minerals as the quartz and the amethyst. This reminded us of the giant crystal formations of the Naica Cave in the north of Mexico, a cave connected to the Naica Mine 300 meters below the surface. In an attempt to fuse these two cultural revelations, the TANGRAM puzzle and the Naica Caves, we took on the strategy of materializing the mineral qualities of the geometry of the tower and let the proposal be influenced by this abstraction. The Taiwan Tower as a giant quartz in the middle of the city.

Following this logic, we wanted to take this cultural cross breading a step further by accentuating the material quality of the minerals. The composition of the inner program of the tower resembles these natural formations. The outer structural skin protects and gives support to the interior space. The organization of the inner program was deconstructed with the intention of generating a series of elongated boxes superimposed on top of each other to resemble the interior of the Naica Cave.

The form, structure, materiality and functionality of the tower are a direct result of an evolution process that amalgamates our basic concepts: the abstraction of the TANGRAM puzzle as a representative element of the Chinese culture and the Naica Cave in Mexico as a unique manifestation in the world. This cultural cross breading gives our tower an unexampled, distinctive and particular character.