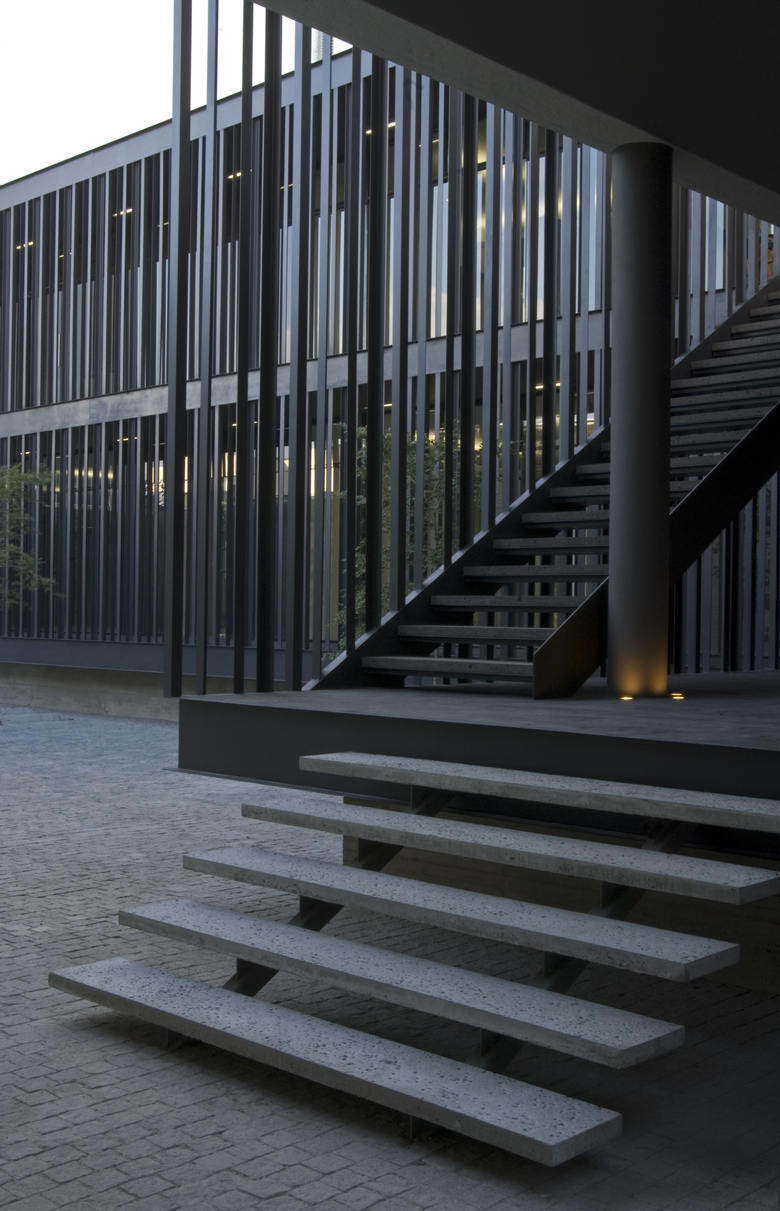 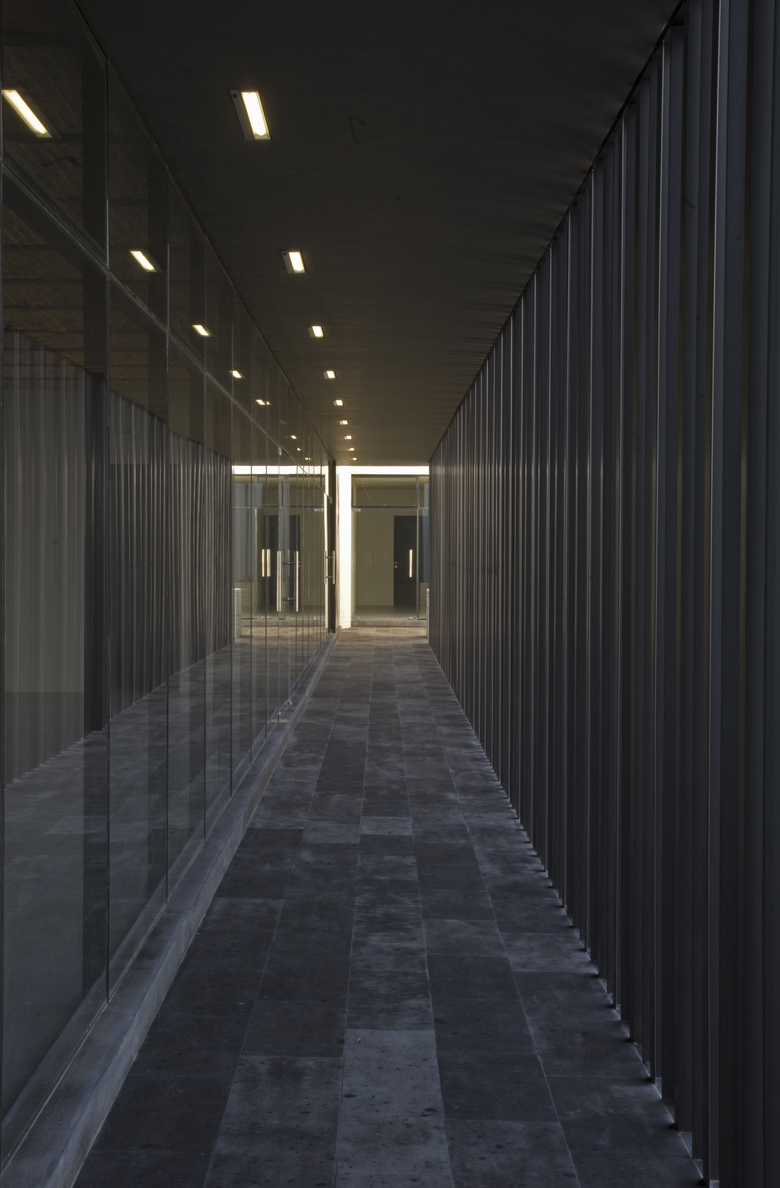 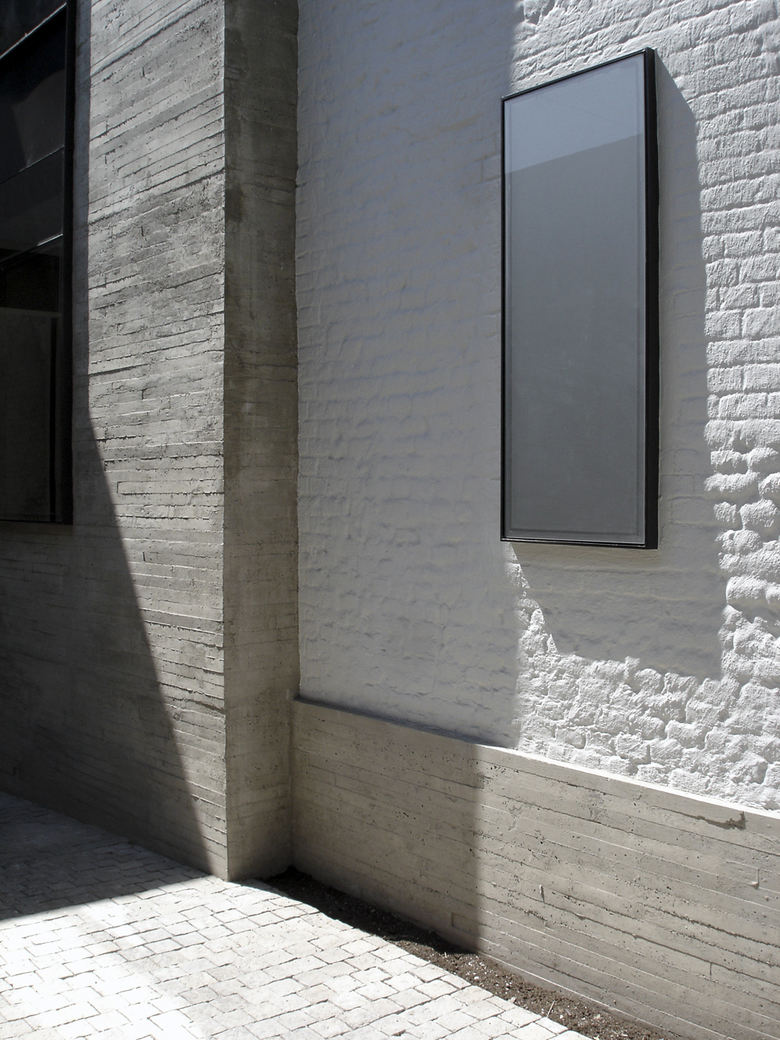 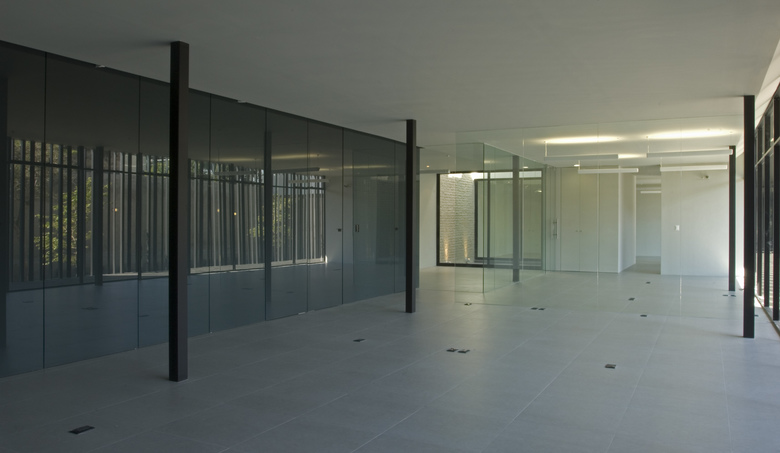 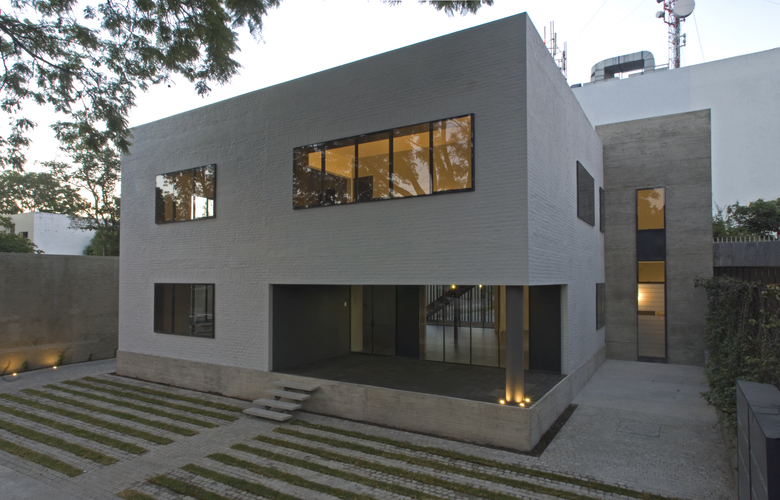 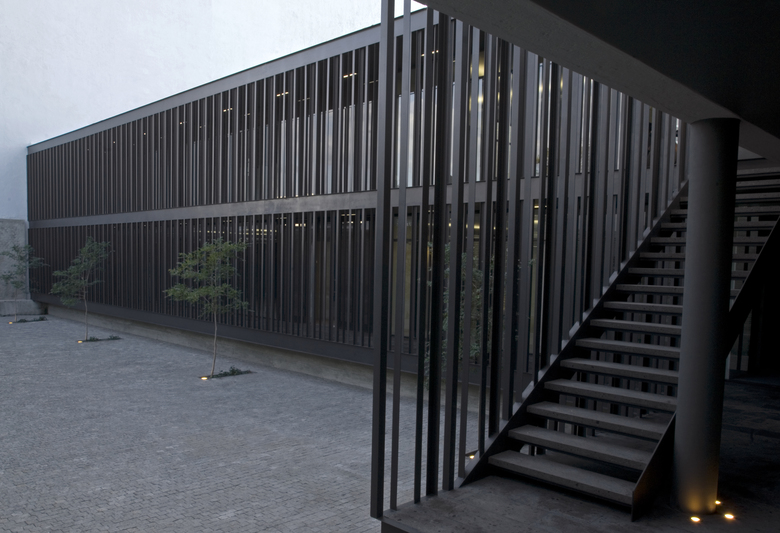 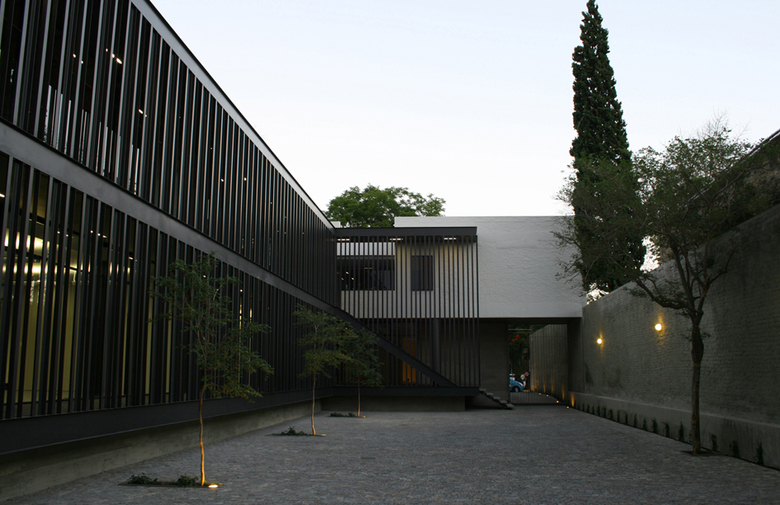 The assignment was to rehabilitate a 50's house and integrate a new building to achieve, overall, the highest number of square meters for office rental.

The preexistent house is located on one of the main avenues of the city that connects the historic center with the modern city and within the perimeter B of heritage protection, therefore the project should have certain criteria required for integration with the property itself and its context.

Projective actions respect one hand the appearance of the preexistent house and the other the incrustation of a new pavilion that shows its contemporary spatiality.

The preexistent structure shows their differences in time by the walls heaviness through the release of the plaster, it allows the user to see its original construction system made with lama brick and it powers with soft colors its stereotomic and continuous character, whereas the new pavilion with metal structure has a will of lightness and tectonic character that closes with a metal curtain.

The staircase is the element of unity and subtle dialogue between the two architectures.

By an operation of excavating an ancient garden an enclosure that serves as a parking lot creates and lifts the new pavilion from the ground, creating a common basing for this and the existing structure.

In terms of materials, metal is used with the same treatment in the facade closing of the pavilion and in the windowsills of the old structure, the glass cloth is installed demonstrating its willingness of addition and the stone finishes on the floor are proposed as a common base for the coexistence of both architectures.