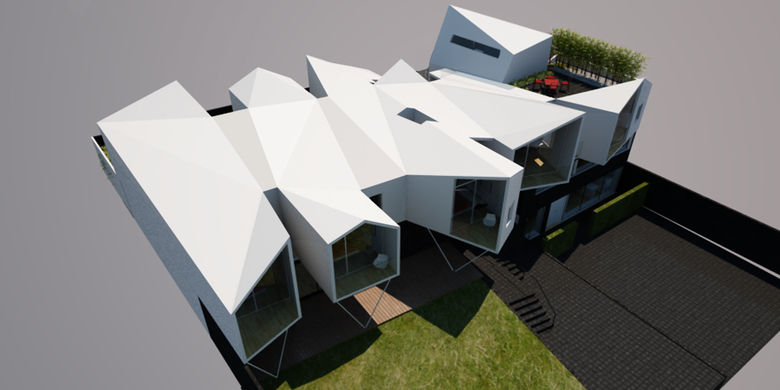 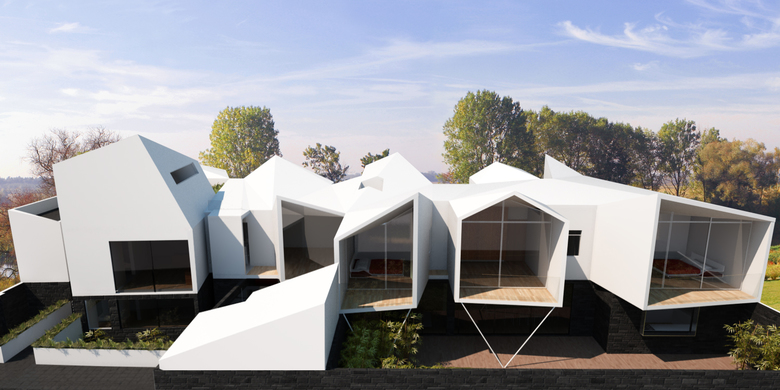 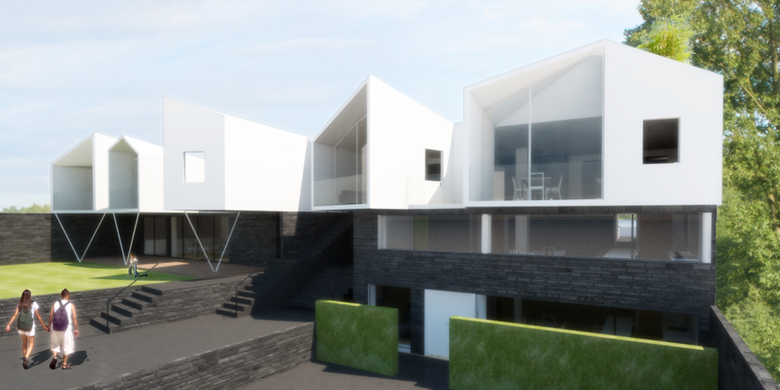 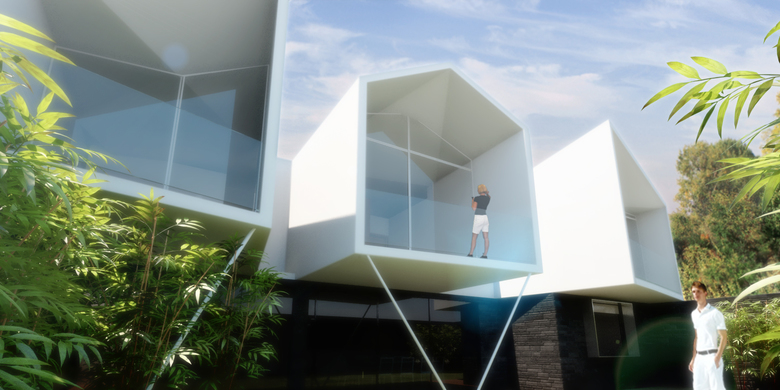 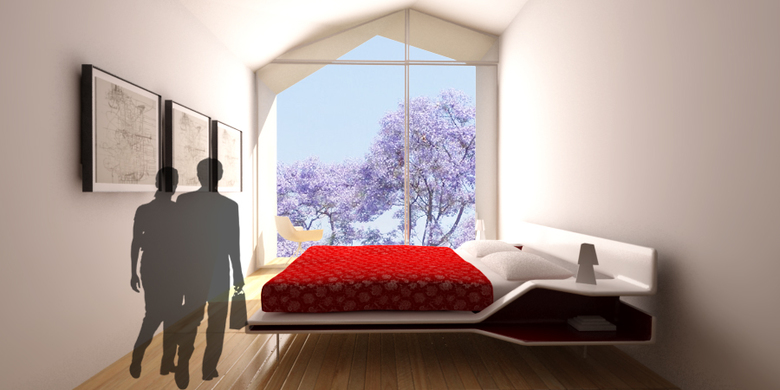 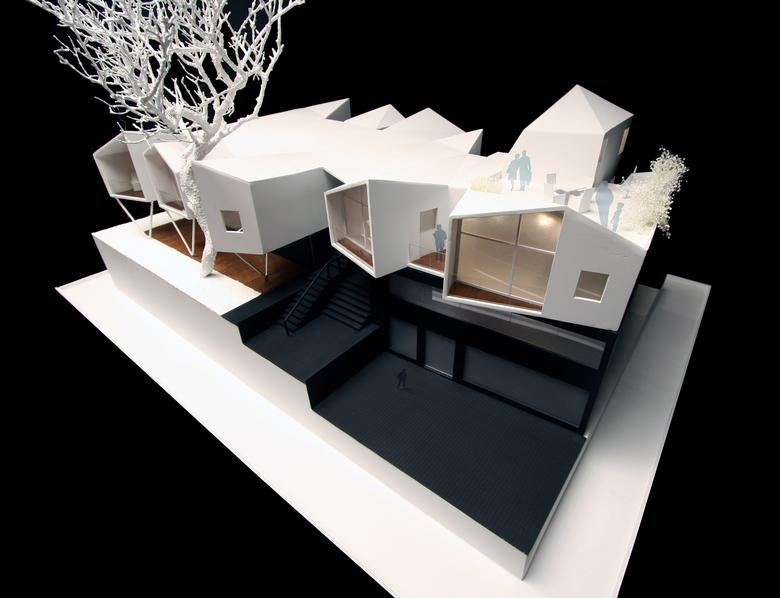 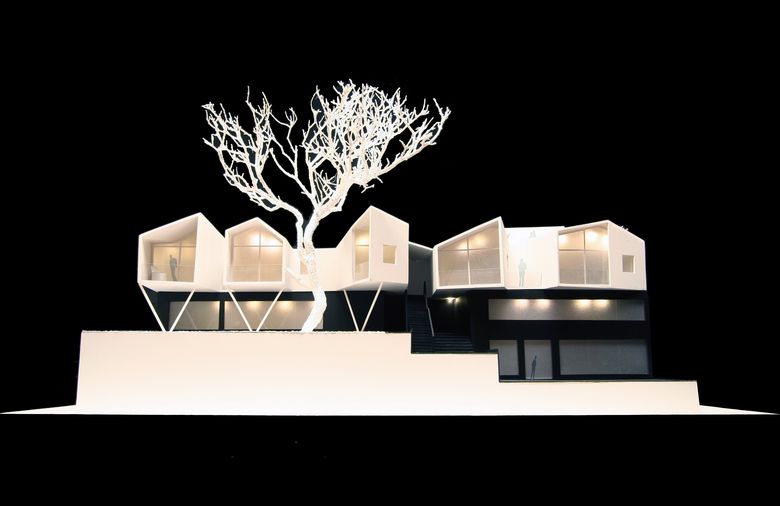 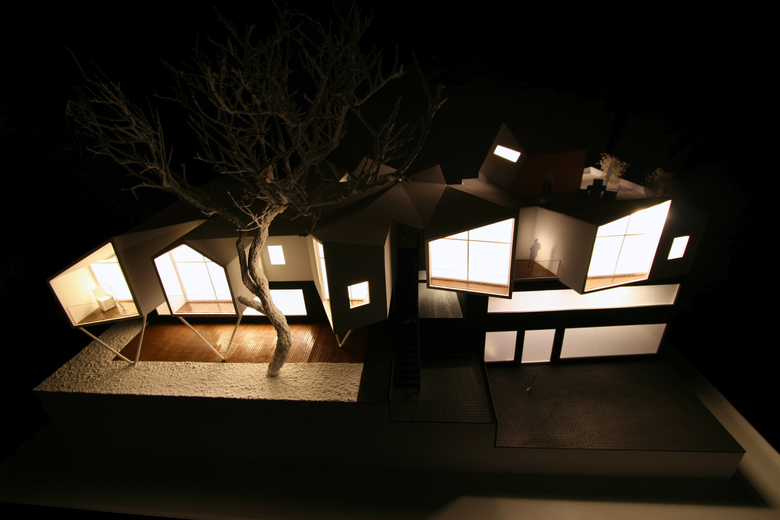 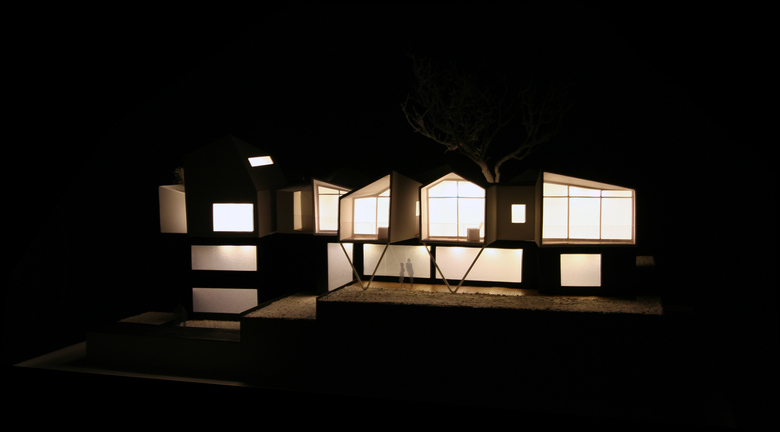 Can architecture transcend its defined boundaries and act as a social mediator?

Taken a step further, could it be considered a marriage counselor? Could it attempt to heal what in life appears irreparable?

This project involved the transformation of a 1940s house into five refurbished apartments for our clients to rent and ultimately sell. The house sat on two plots, one belonged to the husband and the other to the wife. The couple had two kids and eventually divorced. The mother continued living on the property while the father moved to another house but still kept the deeds to his plot of land. Twenty years passed and he was the only one to form another family. The kids grew up, married and left their mother living by herself in what was now a huge empty nest. The sons encouraged their parents to invest in the old house to transform and adapt it into individual apartments. Each member of the family would keep an apartment but the father would keep two.

The program required that the father’s two apartments be restricted to his plot and the remaining three to the other. It also asked that they have the appearance of a uniform project but function as two separate and independent buildings. All the apartments would share the common garden.

The obvious challenge of this project was to unify in a single expression two completely independent and separate projects.

In order to alter the volume’s boring flatness and mimic the mountains lying in the background, the vertices were raised randomly to produce a wrinkled surface that unites the two buildings.

Unfortunately for everybody, architecture proved to unite only in metaphor something that could not be mended in real life: the project was abandoned when our clients informed us the time was not right to make the investment...