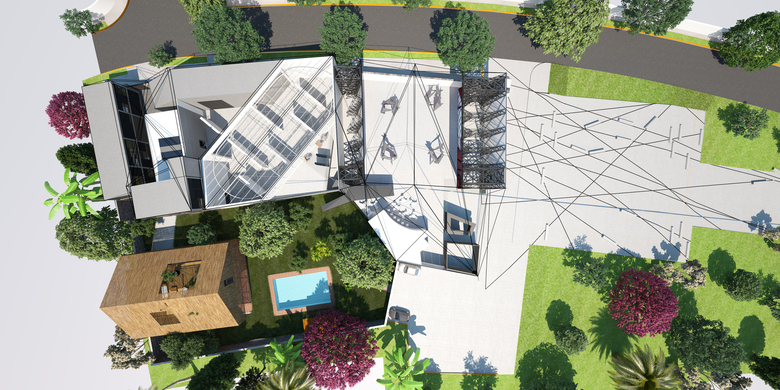 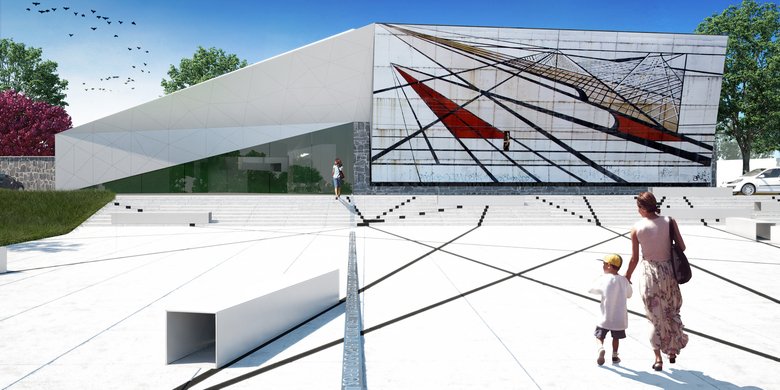 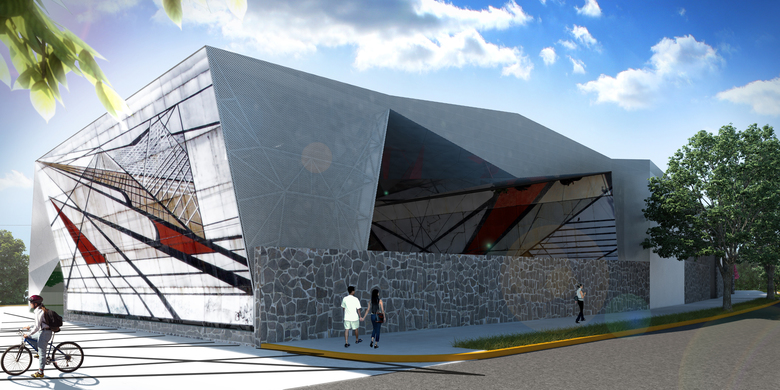 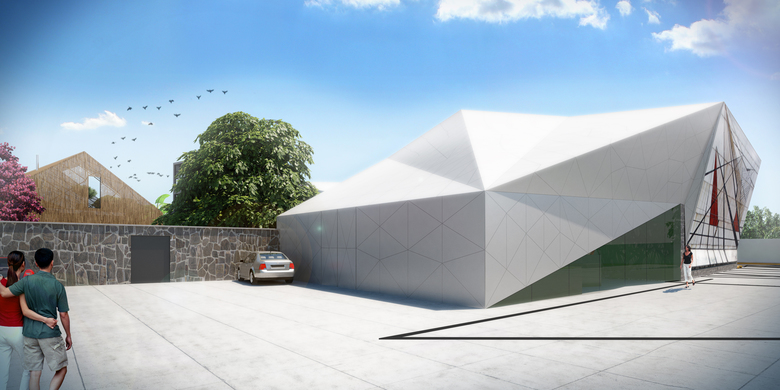 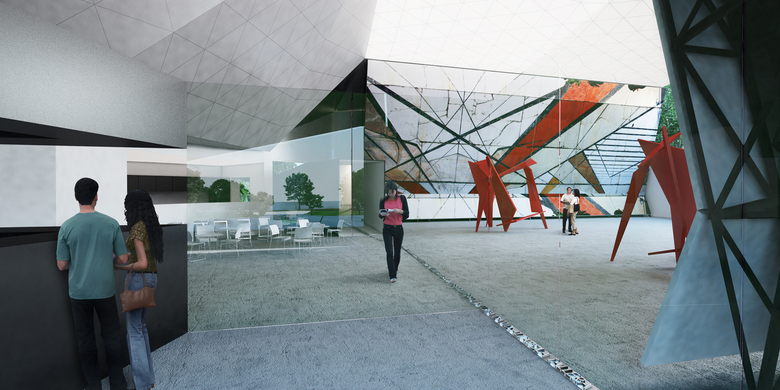 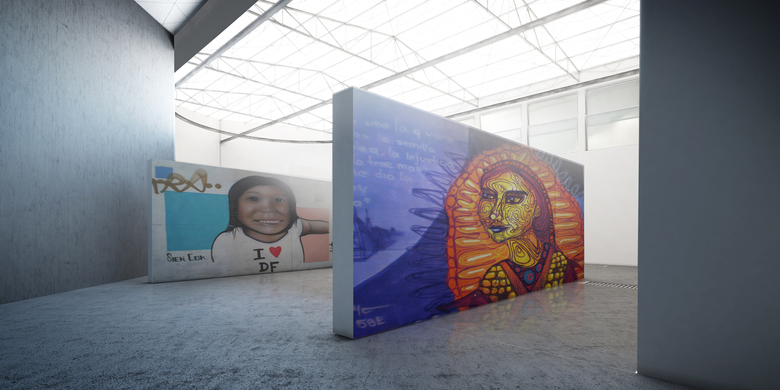 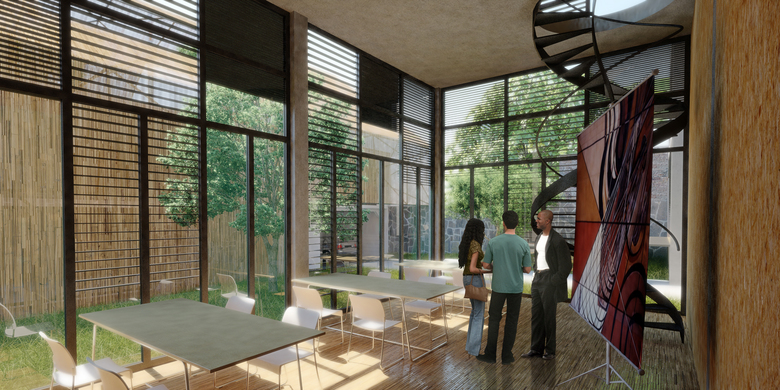 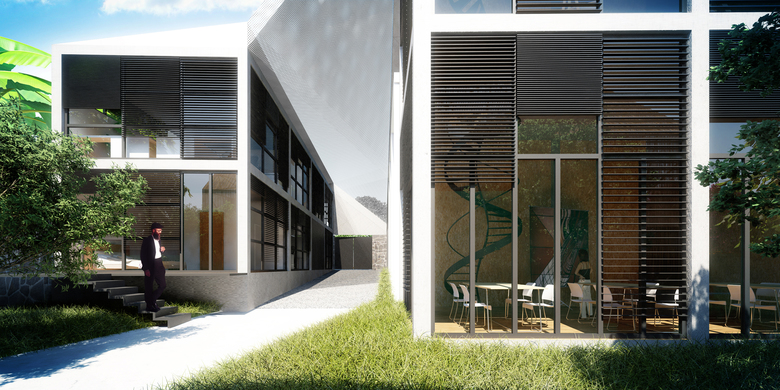 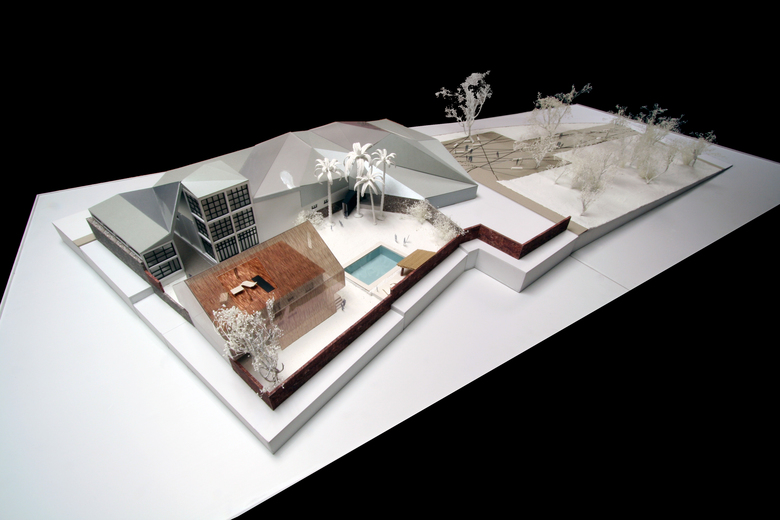 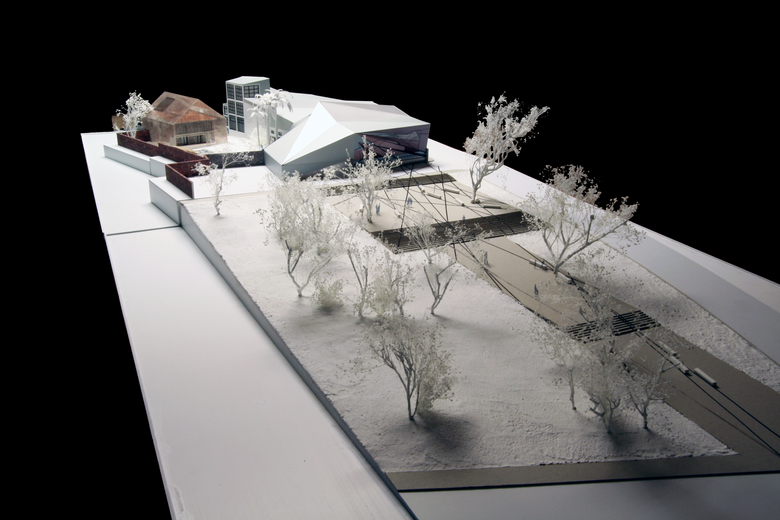 David Alfaro Siqueiros was a social realist painter known for his large murals that helped establish the Mexican Mural Renaissance, together with the works of José Clemente Orozco and Diego Rivera. Considered the most revolutionary of the three and a Stalinist at heart, his support for communist ideals took him around the world supporting social movements, workers’ strikes and other manifestations. This got him incarcerated in some countries and deported from others. But his true passion, “sculpt-painting”, the merging of painting and sculpture, also took him all over the world painting great murals.

On August 9, 1960, he was apprehended and incarcerated in Mexico for what is still considered the most absurd of crimes – “social dissolution”. In 1964 he regained his freedom and a year later he was invited to create a huge mural for the interior of a convention center in a popular hotel in Cuernavaca, El Casino de la Selva. In that same city he built his work studio, which he named “La Tallera” in allusion to the feminine side of creation, in order to paint his large murals. It had a main working space with a system of electric and manual cranes that moved the asbestos cement panels up and down, allowing him to fabricate the mural without the use of scaffolding. Other areas of the studio included a materials laboratory, storage, a photography laboratory, offices, employee housing and his own private house.

In 1966, while working on the mural he named “La Marcha de la Humanidad”, his sponsor decided to create a special forum to house it in Mexico City in what was to be his biggest development, Complejo Mexico 2000, that included the famous Hotel de México, now the World Trade Center. The panels were painted in La Tallera and then transported and assembled in this new building known as the Polyforum Siqueiros. To this day, this building houses the biggest mural in the world with 3,000 m2 of interior mural, 12 external panels and the roof mural adding up to a total of 8,000 m2 of mural painting.The competition, sponsored by the INBA (National Institute of Fine Arts), proposed the transformation of Siqueiros’ work studio into a modern museum. La Tallera was conceived as a great art workshop with all the necessary services to paint the largest mural in the world. The challenge was to create a proposal that transformed the building into a world-class museum without losing its original character of an art studio and a center for experimentation.

A series of contemporary buildings without any apparent planning, logic or order other than to satisfy the necessities of creating the mural made up the workshop. The intention of the proposal was to select which constructions should be preserved, which should be demolished and which new buildings were needed in order to create an architectural element to envelop these volumes and give order and unity to the complex. This skin embraces, includes, compromises and orders the series of buildings that solve the different requirements of the program in an integrated architectural expression. On the main façade, it acts as a protagonist accentuating the access in a mimetic gesture that responds to the external mural. In the interior patio and main gallery, it abandons this role to take on a more functional one as it protects the exhibition spaces from the natural elements. In the office building and studio tower it adapts to its geometry and the resulting form is its product.

The project seeks to integrate and connect the external plaza directly with the museum and its main access. The design of the mural extend onto the esplanade generating the pavement design and the street furniture. A timeline with the most significant events in Siqueiros’ life starts with the marking of his birth date at the south end of the plaza and runs along its length, entering the museum and culminating in the model of the Polyforum Siqueiros, his masterpiece.

The invention of the system of mechanical and electrical pulleys to move the panels of the mural up and down was another example of Siqueiros’ genius. We proposed to rescue this system in the main gallery to conserve its workshop character. The pulley system will now move the exhibition panels for different and versatile configurations of space. The gallery will be in constant movement and always adapting and changing to solve the varied requirements of the exhibitions.

For the art workshops we opted for an architectural language that resembled the essence of those of the modern movement of the mid-20th century where functional elements and lines conformed the requirements of the space. A lattice wall with the archetypal form of a house covers Siqueiros’ former residence that will now give lodging to visiting artists and researchers. It gives privacy and shade to the interiors and generates a sense of unity and differentiation to the envelope of the museum.

We did not win the competition. Our proposal was discarded because it was considered too radical and aggressive. The jury decided on a more respectful, low-key and non-invasive intervention: a conservative revolutionary museum.