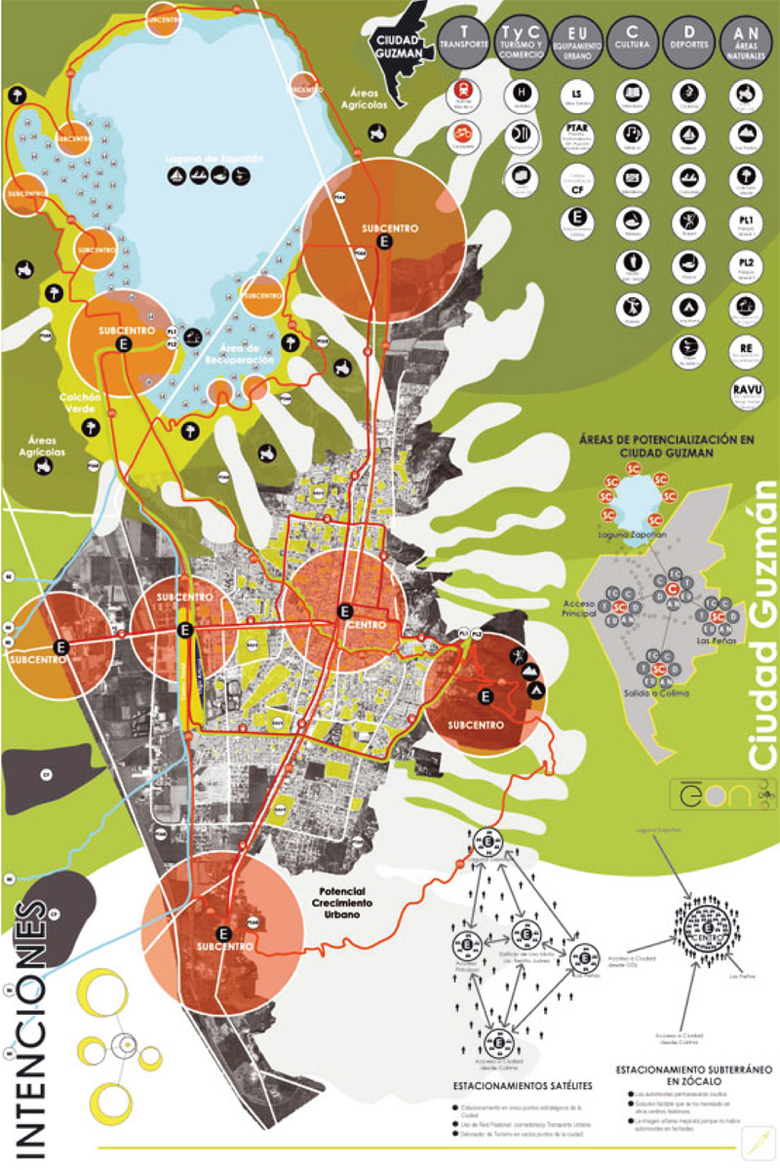 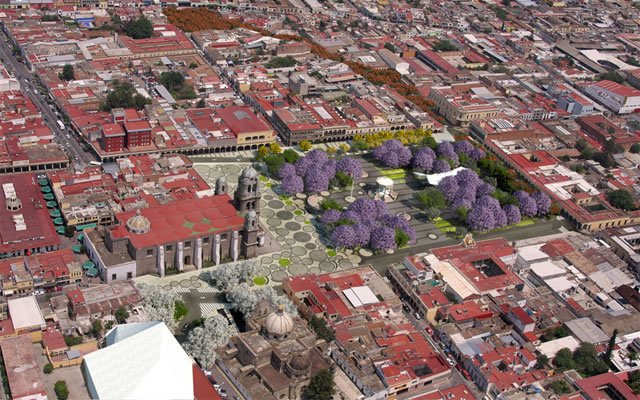 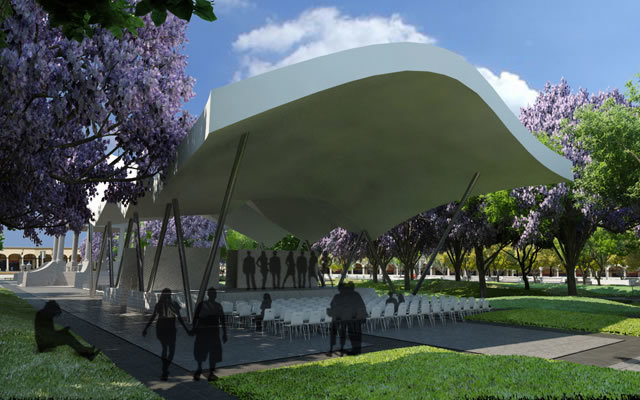 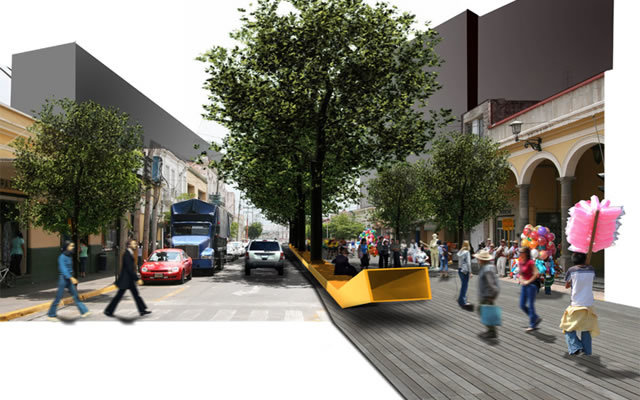 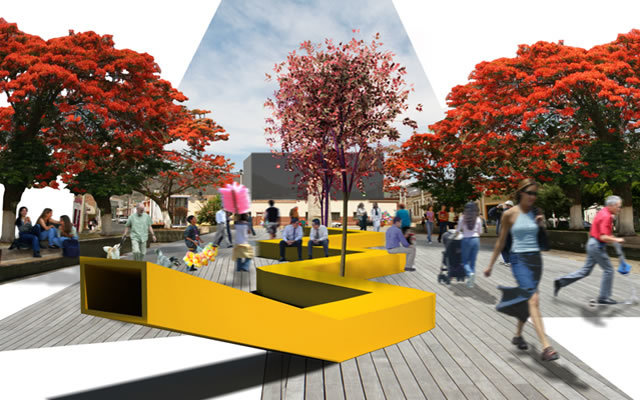 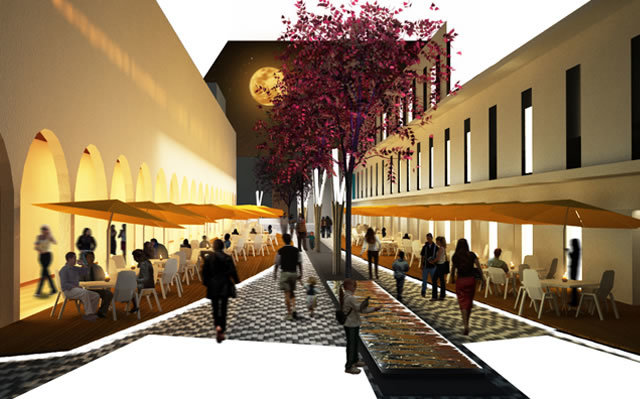 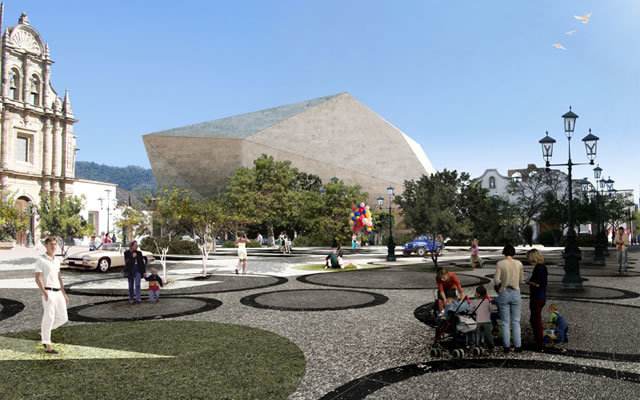 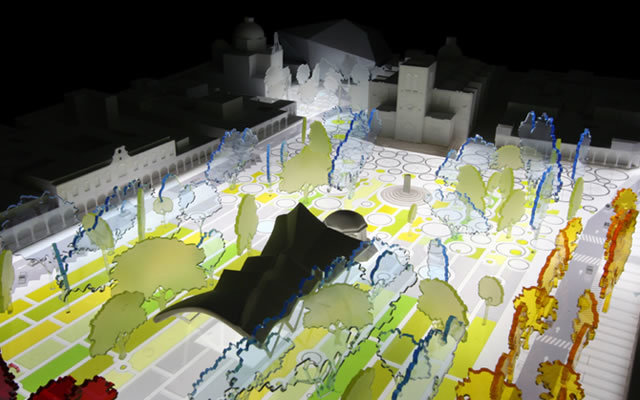 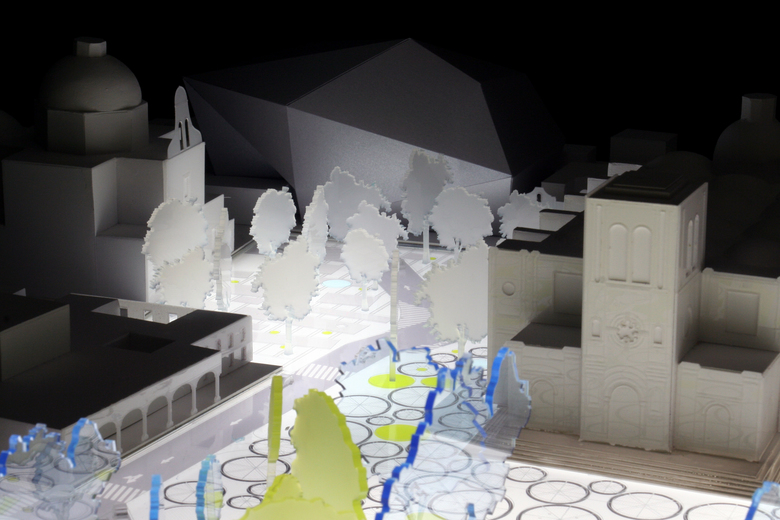 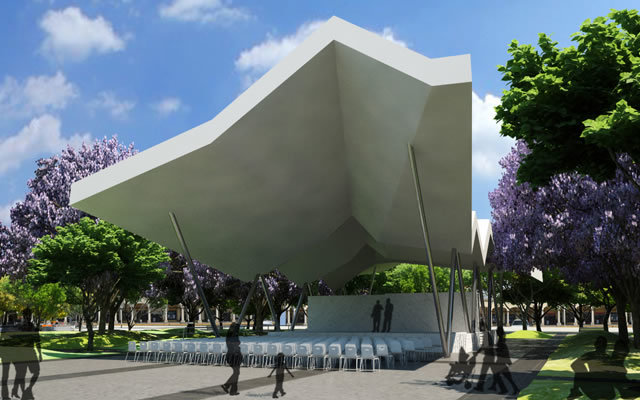 The authorities were extremely satisfied with our Master Plan for Unidad Revolución so a couple of months later they gave us a new commission for a Master Plan for an entire city! Guzman is a small and very picturesque historic city an hour south of Guadalajara and was selected as the official venue for Rowing and Canoeing in the 2011 Pan-American Games because of its proximity to a large lake. Like most cities in Mexico, Guzman has been gradually growing in size and population with no apparent strategy or planning. With the excuse of the Pan-American Games and the construction of a new Rowing Facility on its lake, the government decided it was time for the city to have a Master Plan.

Guzman is located alongside the highway that leads to Manzanillo, a premier beach destination for people living in Guadalajara. The first problem we identified was that it was not a destination in itself, people only stopped in Guzman if they needed gas or supplies. The next major problem was that being known as an educational hub in the region (it is home to ten important universities), it offered no employment for graduating students, so they fled to seek work elsewhere.Guzman has a huge potential to become a destination city because of its many attractions: its undeveloped and almost virgin-like lake, the historic center with its cathedral and many churches, the ten universities and the conglomerate cliffs of the nearby mountains. We identified these specific areas as quiescent spheres waiting to be roused to interact with each other, like atoms in a dormant state before a chain reaction transforms them into energy. This is the concept behind the master plan: to take advantage of the intervention of the Pan-American Games to trigger the potential and the interaction of different areas of the city. The lake has a strong sports vocation but the cultural and environmental potential can’t be ignored. That’s why a series of diverse focal interventions were planned to take advantage of these aspects: a school for the arts, a gastronomical center, housing units, a hotel, a cultural center.The master plan was intended to regenerate a dried-up river and a forgotten canal that cross through the city and turn them into linear parks that promote diverse sporting and cultural activities. Guzman lacks a proper entrance from the highway so it is very easy to miss. This was a crucial problem to be solved with a striking landscape intervention.We proposed to gradually discourage car use by pedestrianizing most of the city center streets and restricting cars in others, rerouting the principal avenues to avoid the center and creating a bicycle rental program to encourage their use.Another major problem to attend to was the limited number of hours people spent in the center due to monopolization by commercial use. In order to combat this we encouraged a mixed and varied use through the reincorporation of residential, office, restaurant and bar use.