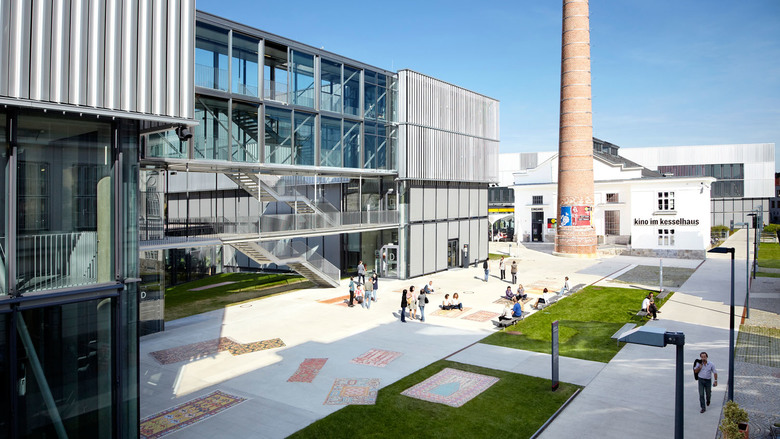 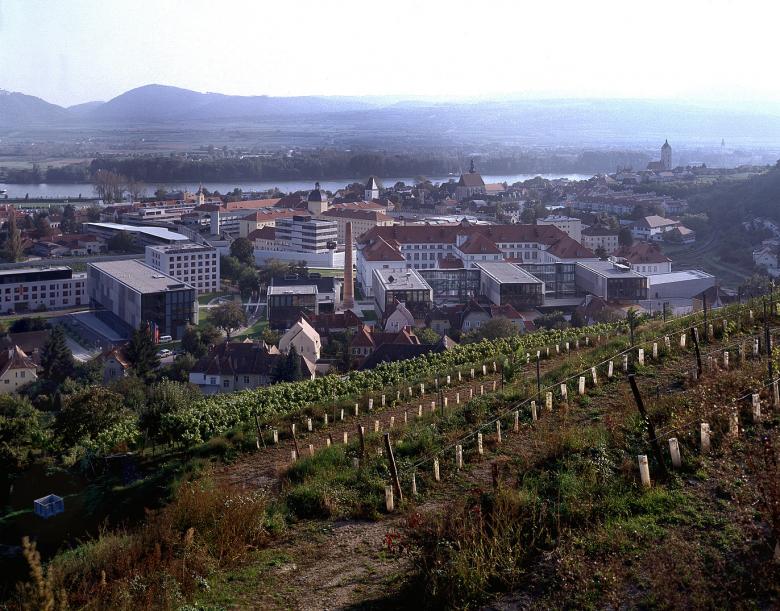 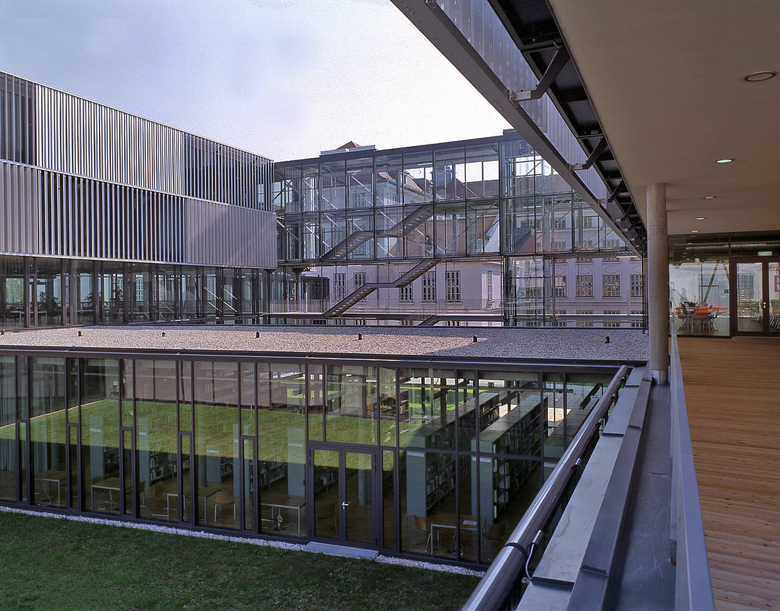 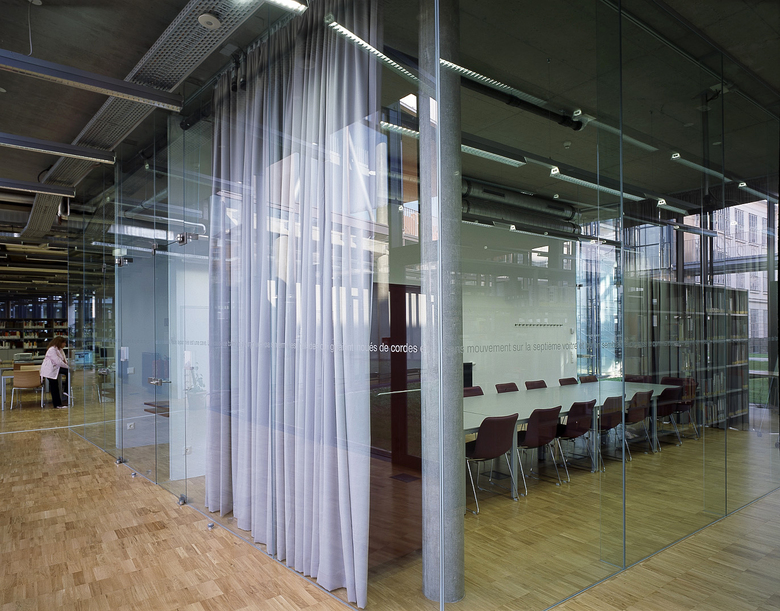 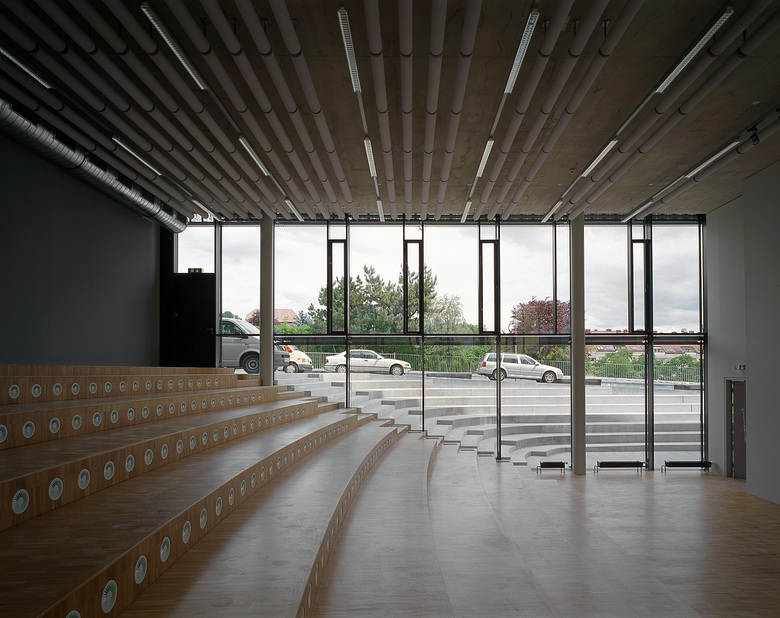 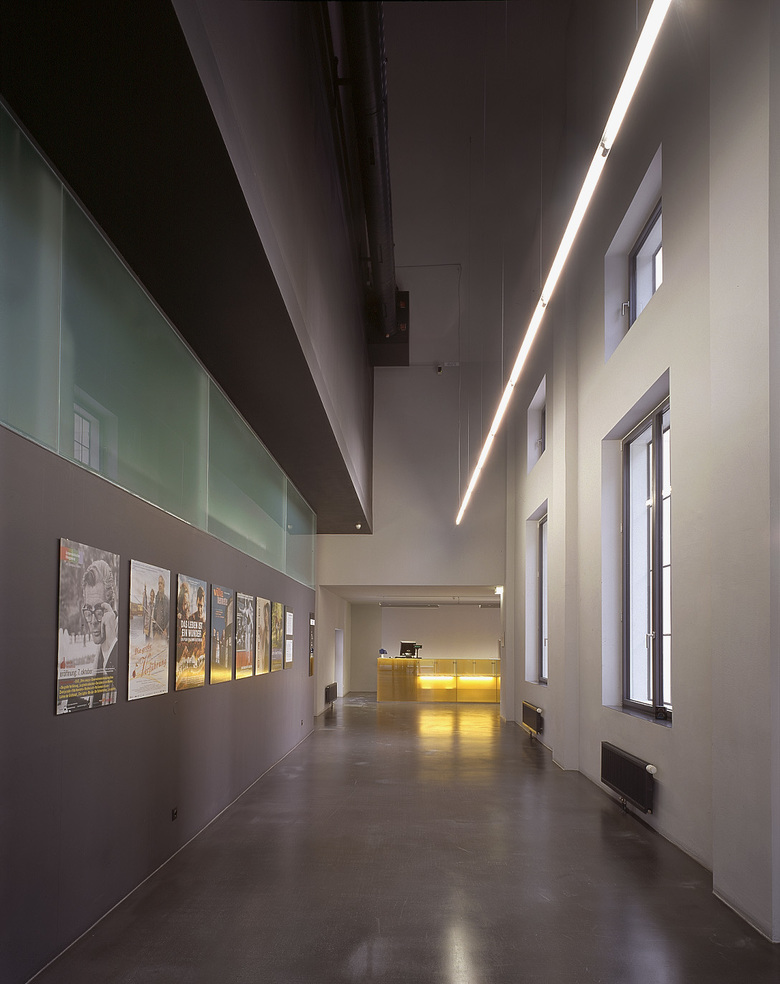 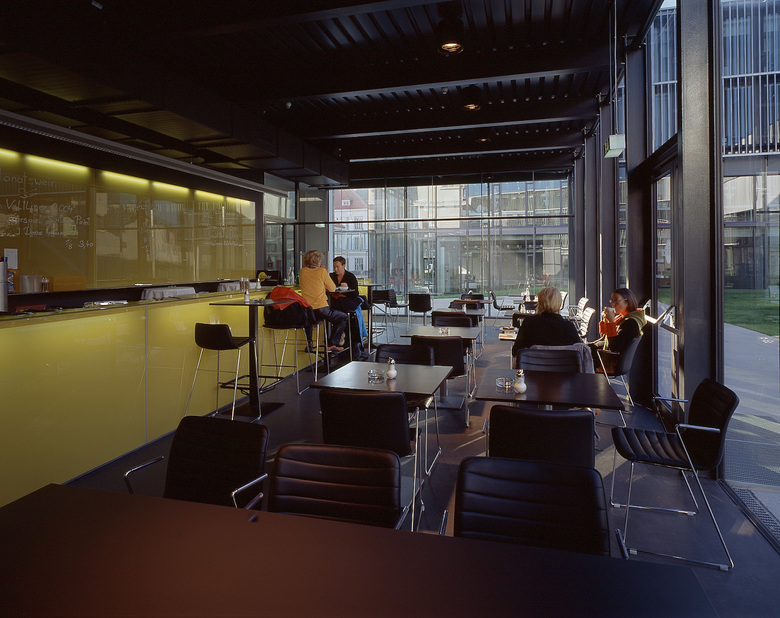 The new buildings for the University Campus Krems are situated on the edge of the rolling vineyards of the Wachau region, north of Wien. The buildings house the postgraduate Danube University, the University of Applied Sciences and the Centre for Film. All new buildings are visually linked by a coherent facade system of vertical, perforated aluminium louvres for the upper floors, and full-height glazing for ground and first floors.

In a comb-like structure, three four-storey blocks oriented east–west extend an existing three-winged building dating from 1922. These contain university amenities, such as a library, a refectory, several seminar rooms, specialist laboratories and offices. To the west, an irregularly shaped auditorium closes the compound. To the east, an old boiler house with a characteristic brick chimney holds a cinema and bar connected via a subterranean exhibition space to a smaller four-storey cube, the Centre for Film. Across a small stream, a five-storey block for the University of Applied Sciences obliquely faces the other buildings, formally linked to the campus through the common facade system. From the outside, the individually adjustable louvres shimmer when turned to different angles. Their perforation ensures that the view out is never completely blocked but instead only filtered, as is the light that falls on to exposed concrete ceilings and walls, open installations and mostly grey floors. Concrete, steel and glass combined with rectangular forms and simple plans give the complex a technical, clean and light appearance inside and out. Thus, the buildings profit from the contrast with the nearby vineyards and detached villas.