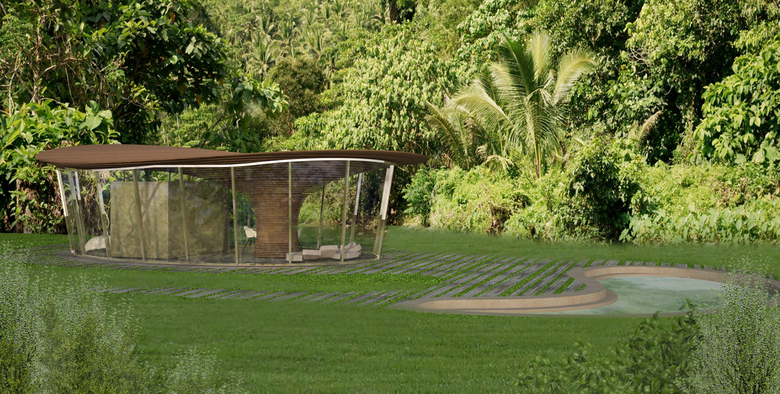 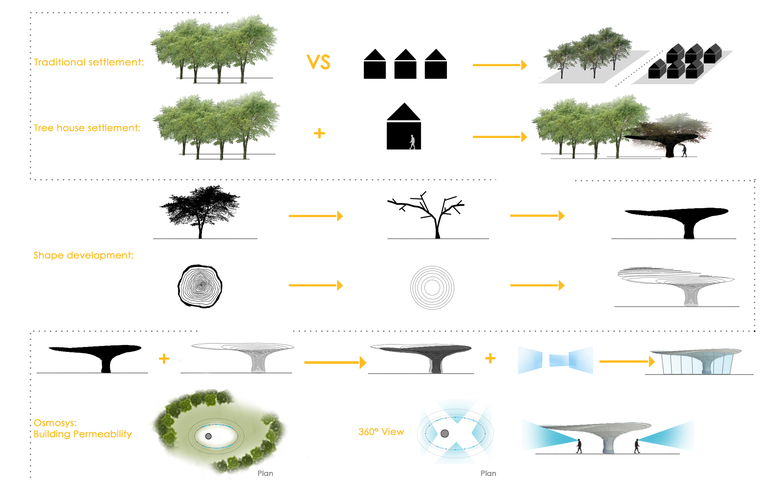 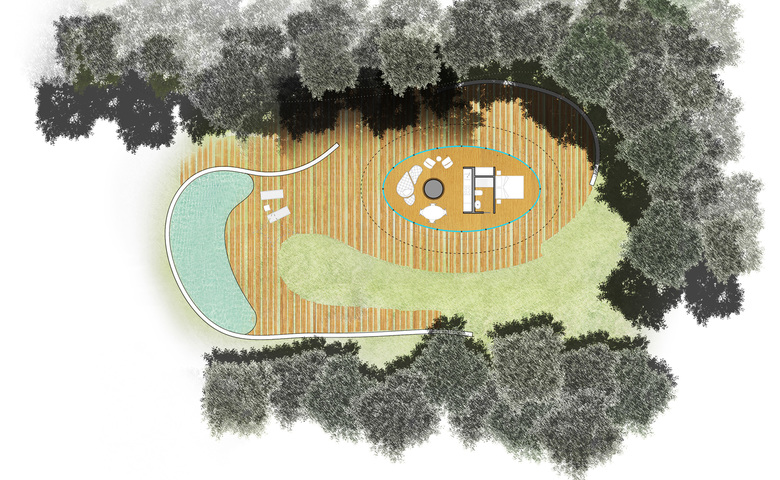 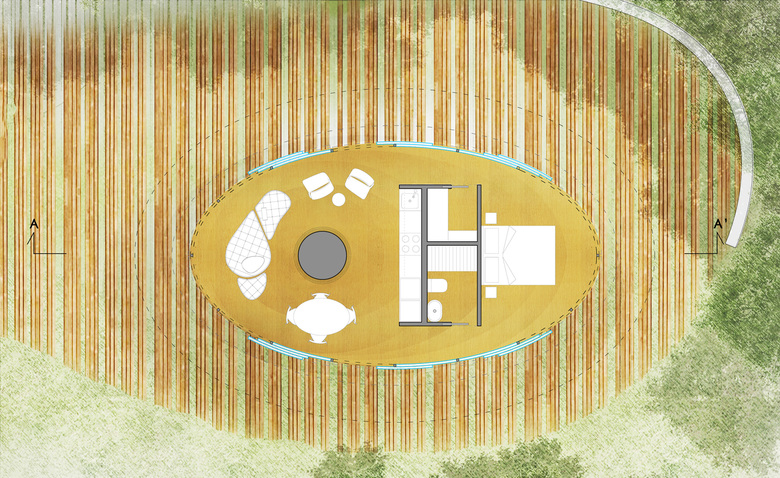 Tree House is a single-family residence design placed in a non-urbanized area, where nature is predominant. It is a small architecture designed to meet the clients demands of a minimal size shelter immersed in the lush vegetation of Mexico.
Compared to traditional settlements, where buildings contrast with green space, Tree House wants to relate to natural environment by inserting like in a camouflage. Nature becomes a source of inspiration for the architectural volume, but not slavishly imitated: a single point of support, expanding at the top as a large trunk, supports the roofing, that moves freely in space as the foliage of a tree. Parallel bands encircle the whole volume, starting first horizontally, then with free curves following the roofing that develops in space with an irregular shape.
The interior space is bounded by a curved fully glazed facade that covers the entire perimeter of the roof. The facade is designed to be as mutable as possible, glass doors slide on their own, making the interior space permeable and putting it in communication with the outside. This idea of architecture overtakes the traditional distinction of spaces defined by dichotomous contrasts such as open vs. closed, covered vs. uncovered, internal vs. external. “Osmotic” architecture looks for permeable and fluid spaces, characterized by a continuous inter-relationship between the built and the surrounding environment.
In the internal free space, with no rigid boundaries, the furniture is not predominant, as in undertone to bring out the volume of the structure. The only fixed element is a small cube which contrasts in form and surface treatment with the organic forms of the supporting structure. Services and technological systems of the house find place in the cube.