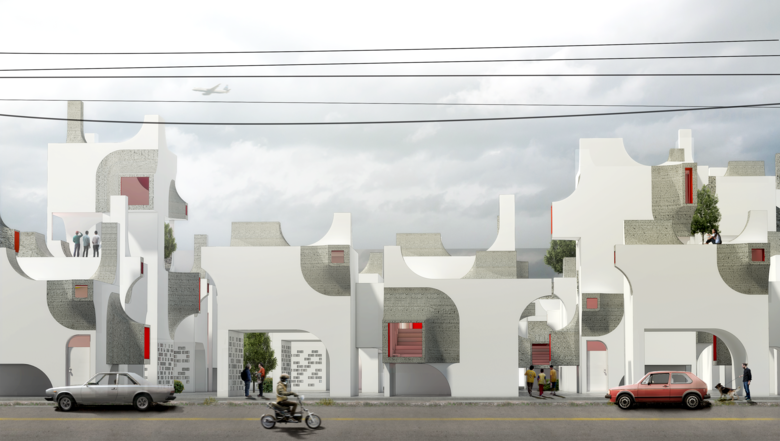 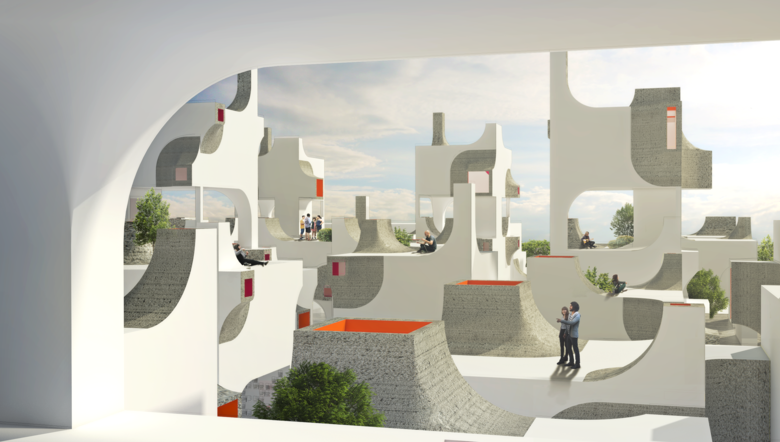 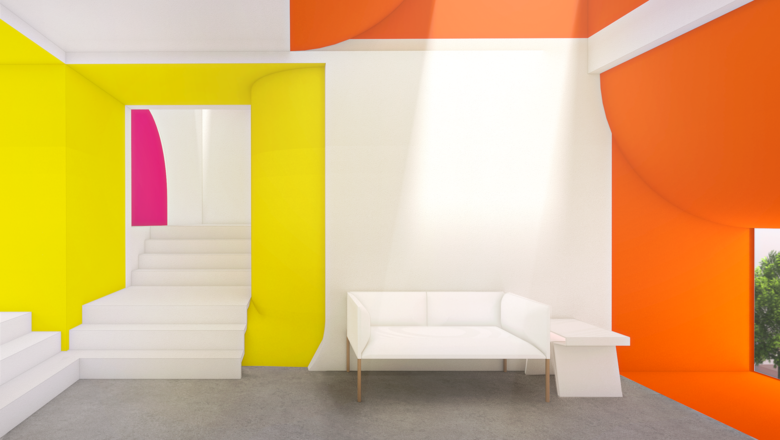 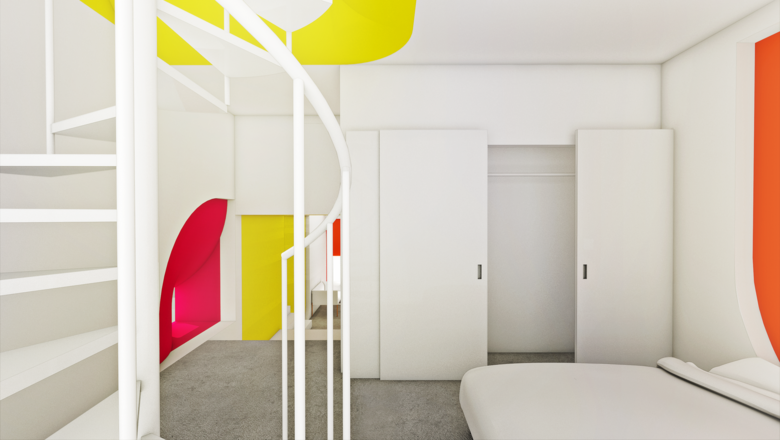 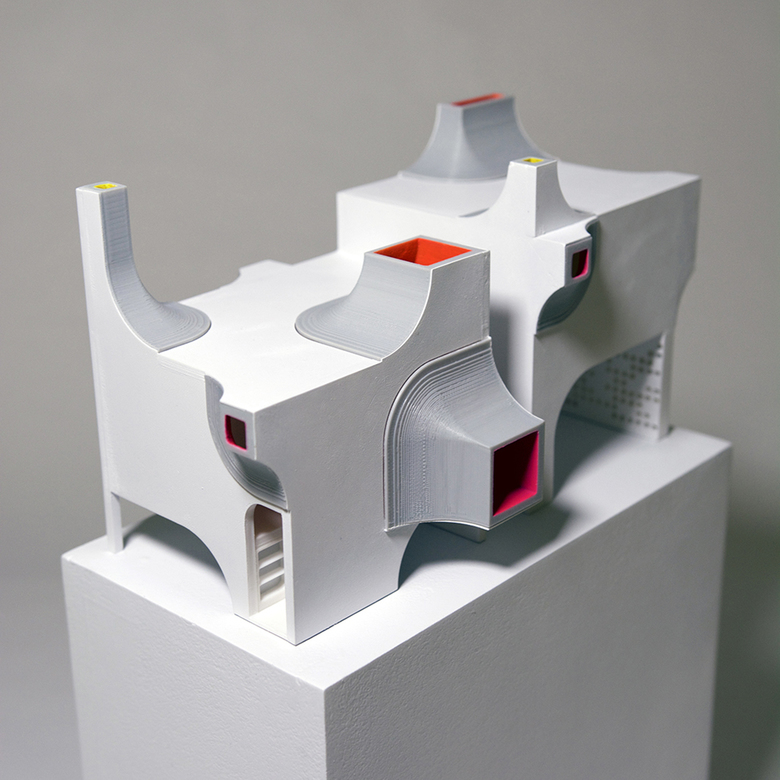 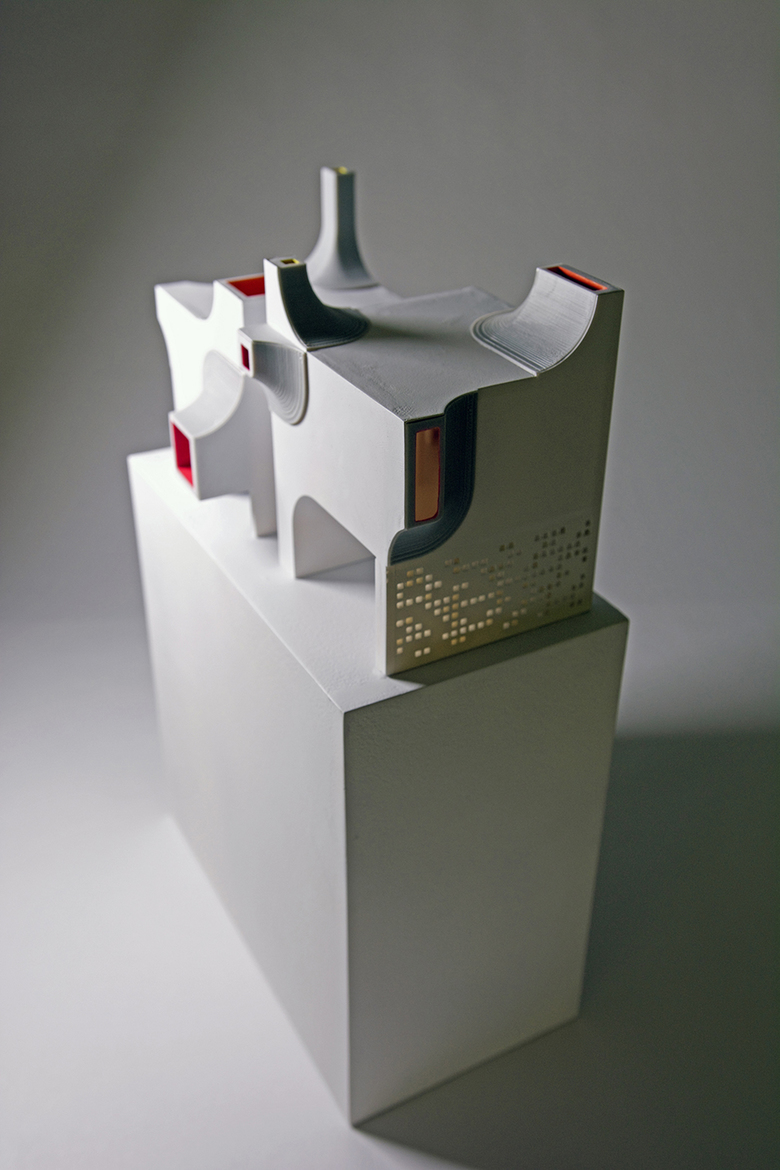 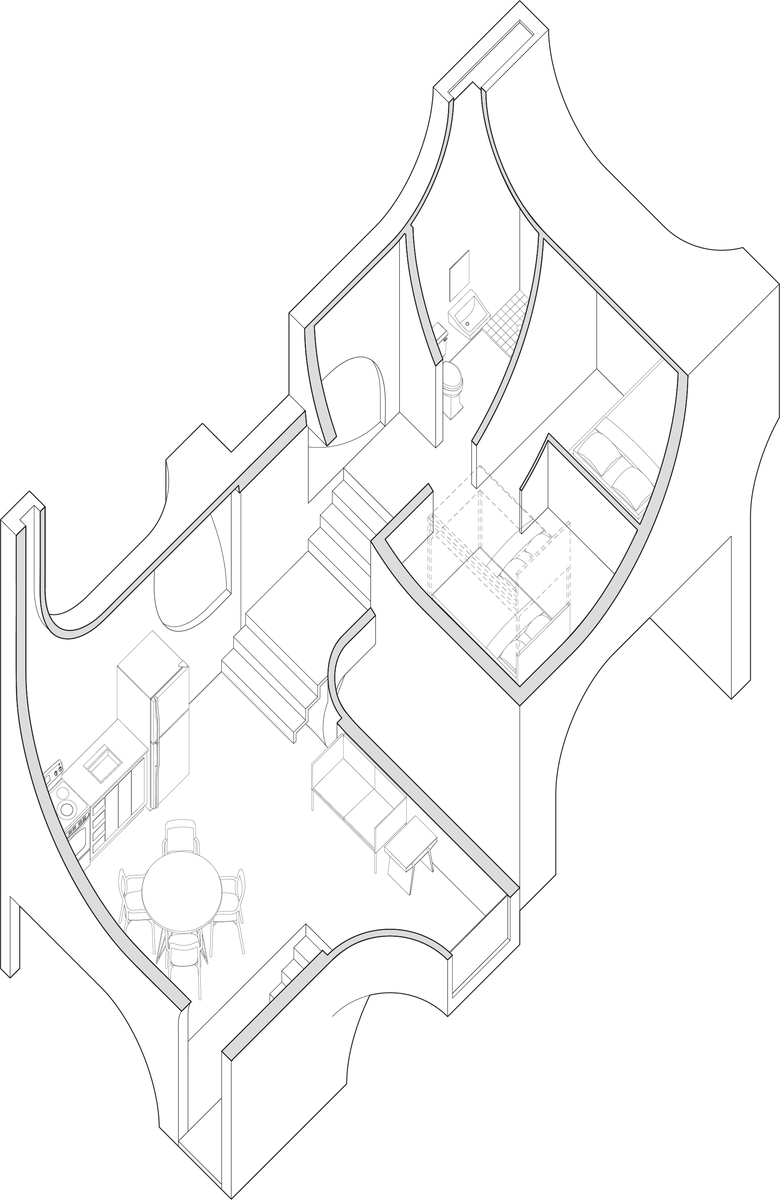 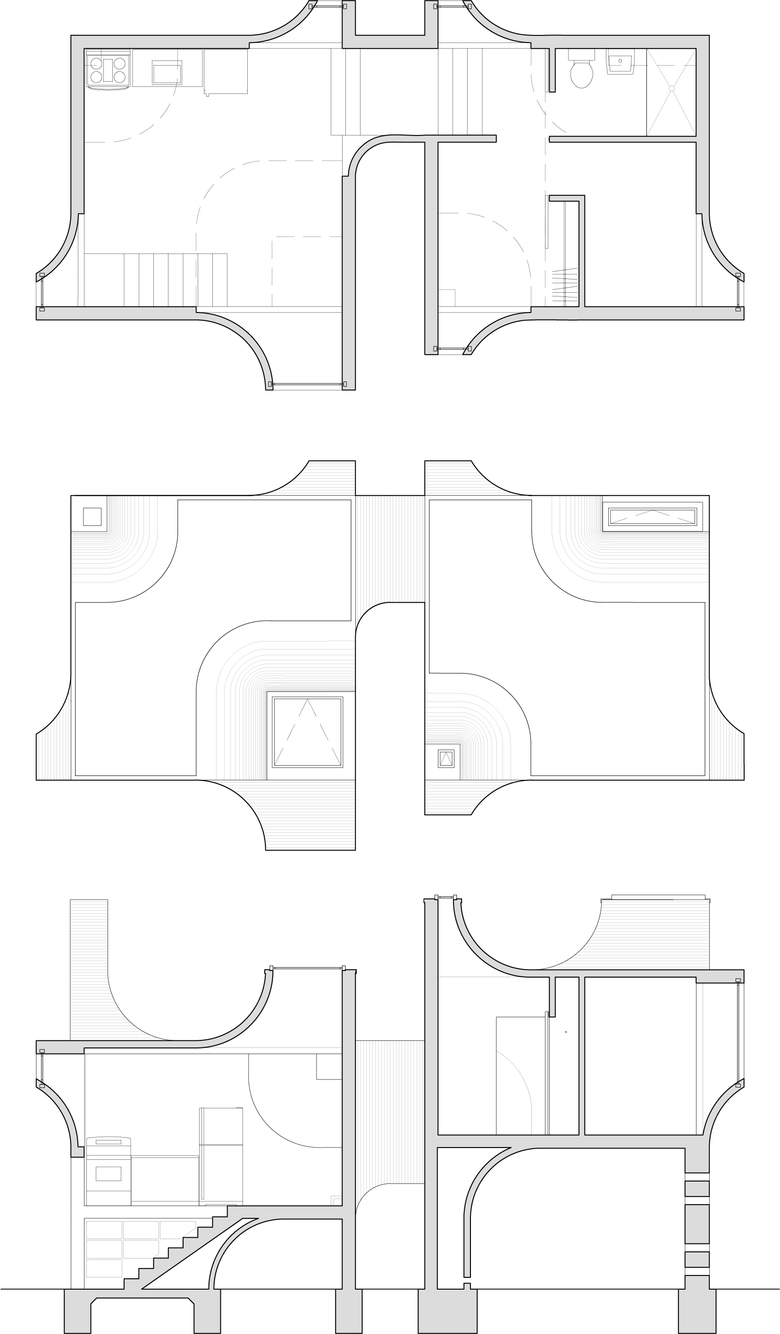 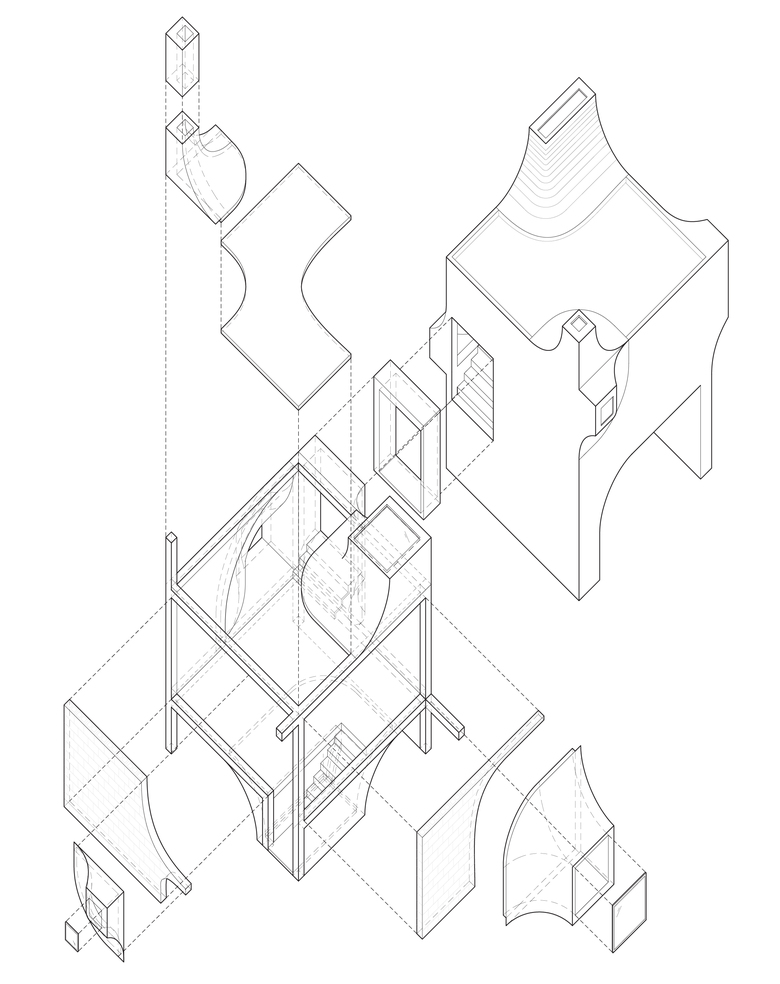 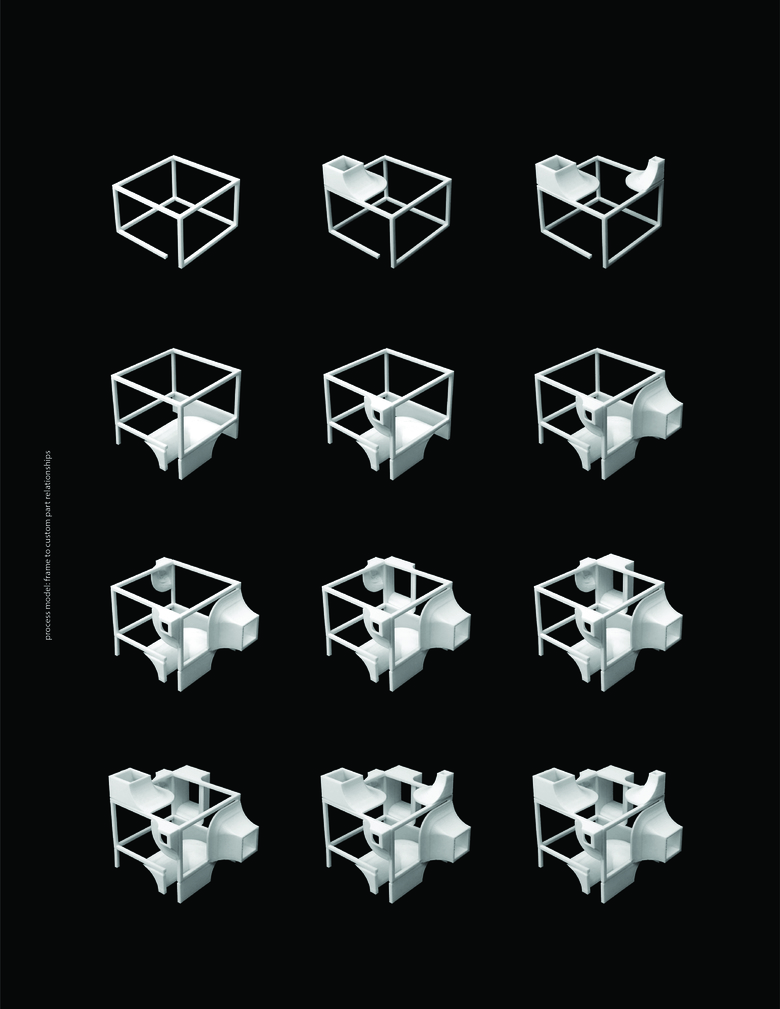 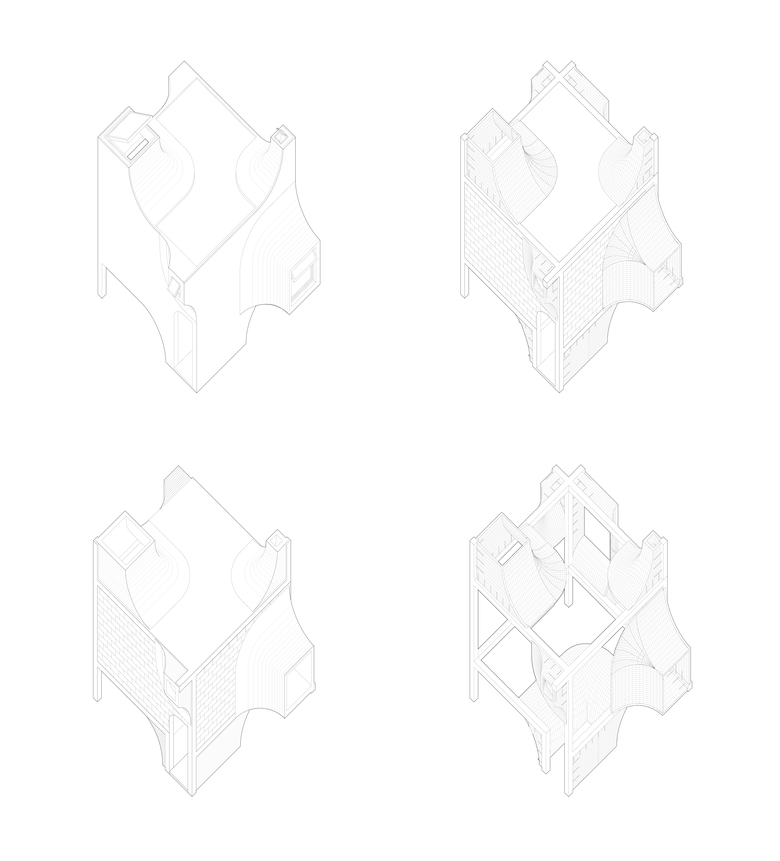 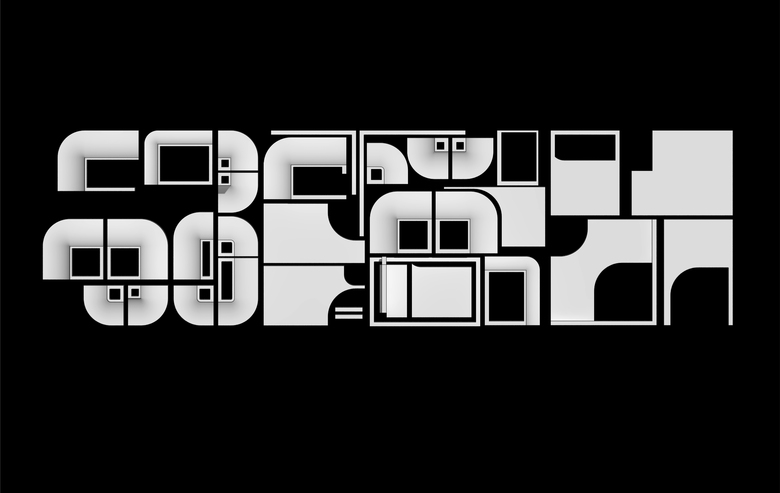 In 2016 DJA was invited to participate in a symposium and competition to explore the problem of social housing in Mexico. The symposium and competition was sponsored by INFONAVIT a governmental agency in Mexico dedicated to the development of sustainable social housing solutions. This competition was devised to try and begin addressing the challenges of the ‘self-built’ housing market in Mexico. These are simple, low budget, rural dwellings subsidized by a governmental program and ‘built’ by the inhabitant in a kind of owner builder model. These dwellings can often be unhealthy, unsustainable and sprawling in the aggregate. The competition challenged the participants to define processes and procedures that could result in sustainable dwellings at a higher density tied to the specific cultural, economic and social conditions of the territory.

In 1914 Le Corbusier developed Maison Domino as a response to the destruction caused by World War I. The development of standardized elements to form a structural skeleton for a house that could be erected quickly became the basis for the revolutionary ‘Five Points of a New Architecture’. The pure resolution of the idea; three thin slabs, six slender columns and a switchback staircase is burned into the psyche of anyone who has studied architecture. Intended as an open configurable system it simultaneously implies ‘house and housing.’ When invited by INFONAVIT to consider the problem of social housing in Mexico ‘From the Territory to the Inhabitant’ we were challenged to develop processes and procedures for housing solutions tied to the land, the climate and the culture. As an Architect touring the region one cannot help but notice the ‘self-built’ social housing perpetually under construction is uncanny in its resemblance to Maison Domino. Versions of that simple structural idea seem to appear and re-appear in multiple guises. At the same time, the finished results can be problematic, unsafe, unsustainable and sprawling in the aggregate. In Mexico, the cast in place concrete columns and slabs are generally infilled with masonry. These materials and methods are tied to contemporary systems of production but they can also be traced through a rich history of regional masonry architecture. The basic ubiquitous structural system - a kind of Le Corbusier gone wild – entranced us as an obvious point of departure. The challenge we set for ourselves was to design a set of elements to work within the pre-existing system to better answer climate, program, connectivity and densification. In our research, we found a lightweight inexpensive alternative to the conventional cast in place concrete and masonry infill construction. The system (trade name ‘Covintec’) consists of shotcrete over welded wire mesh reinforcing over a high-density foam insulation board. It can be used to achieve both planar and curved forms and has been used in Mexico to produce low cost social housing projects. We developed a system of environmental openings; light wells, chimneys, vent stacks, windows etcetera using the ‘Covintec’ assembly. This kit of prefabricated foam elements is designed to ‘plug into’ the conventional concrete frame in the construction process. The conventional frame evoking Le Corbusier’s Maison Domino is transformed with a kit of environmental components that are both contemporary in form and linked to the more traditional arched forms of masonry construction. The housing unit is designed as modules that can be expanded to address the immediate needs of the family but also can be understood in much larger denser accretions. The project pet named ‘Maison Mexico’ is positioned to evolve from territory to house to housing.